Most genuine movie lovers will more than likely agree that the single most common ingredient that transforms a good movie into a most memorable one is the screenplay. Of course, strong acting performances are also vital, but even the best of actors and actresses cannot overcome a bad or weak script. Conversely, an exceptional screenwriter can make the blandest of players sound far better than he or she deserves to sound.

I am one of those movie buffs who enjoy watching a picture multiple times, and the reason I do so (more often than not) is to savour a particular exchange of dialogue that has captured my imagination. So I have begun sorting through my favourite scenes down the decades, with the idea of placing outstanding monologues or conversations into a new segment on the blog. This will be the first (and hopefully not the last) of such segments. They will not be in any order of importance or chronology, just jotted down willy-nilly as I recall them. SPOILER ALERT: Many of the excerpts I have chosen will reveal pivotal plot factors, so if you do not want to have movies you have not yet watched spoiled, I respectfully suggest you cease reading at this point. 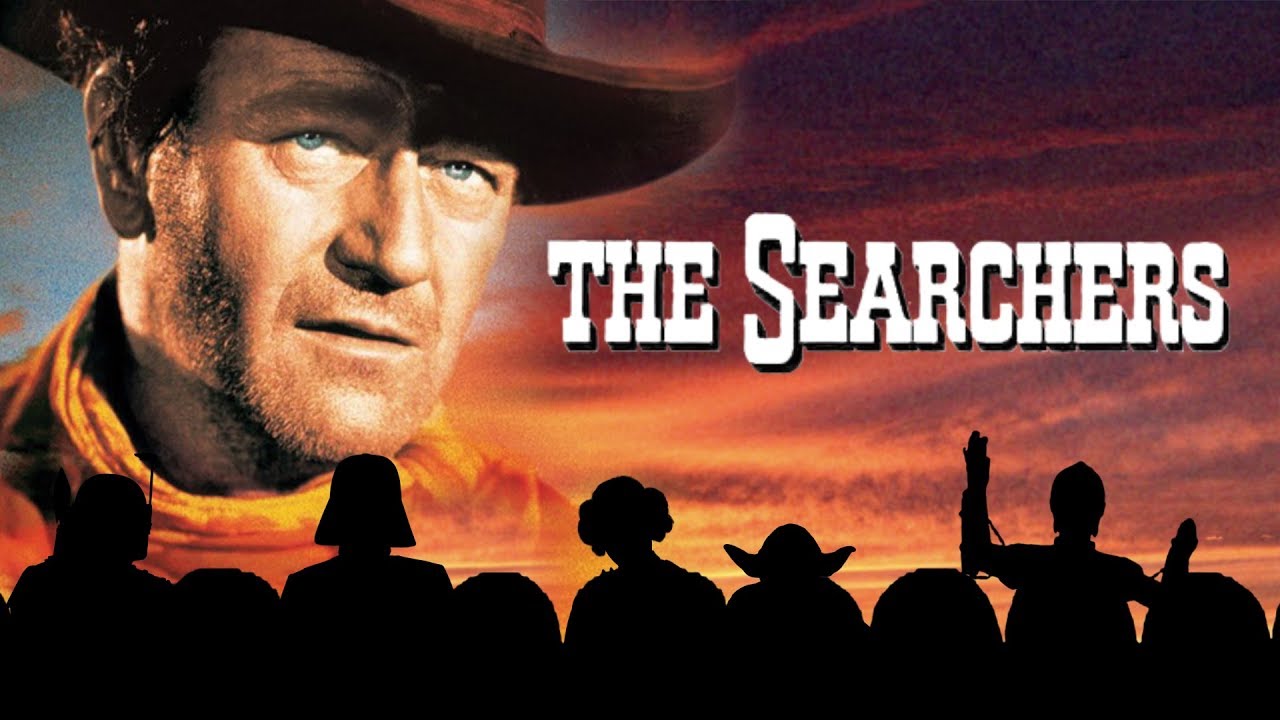 Frank Nugent died from a heart attack at fifty-seven, thus robbing the cinema of his wonderful screen-writing talents far too early. In fact, he only had 21 feature films credited to his name, yet managed to win two awards from the Writers Guild of America (WGA) for Best Written Comedy. The first was for The Quiet Man (1952), the other for Mister Roberts (1955). He also penned two of John Ford’s famous ‘Cavalry Trilogy’ – Fort Apache (1948) and She Wore a Yellow Ribbon (1949). The WGA deemed his screenplay for The Searchers to be one of the 101 greatest screenplays of all time! A former film critic with the New York Times, he would preside over the WGA from 1957 until 1958. Back in his days as a film critic he made the following comment on the recently released The Wizard of Oz (1939): ‘It is all so well-intentioned, so genial and so gay, that any reviewer who would look down his nose at the fun-making should be spanked and sent off, supper-less, to bed.’

Setting the scene: Ethan Edwards (John Wayne), Martin Pawley (Jeffrey Hunter) and Brad Jorgensen (Harry Carey Jr) have been tracking a band of Comanche that raided Ethan’s brother Aaron’s ranch, killed both Aaron and his wife Martha, and abducted Ethan’s two nieces, teenaged Lucy (Pippa Scott) and little girl Debbie (Natalie Wood). A small part of the Comanche band had broken off from the main group and headed up a canyon. Ethan has just returned from following their tracks into the canyon. Lucy’s beau, Brad, has been watching the main body of Comanche and has spotted Lucy wearing her dress and cavorting in the camp and excitedly tells Ethan of what he has observed:

Ethan: ‘What you saw wasn’t Lucy.’

Ethan: ‘What you saw was a buck wearin’ Lucy’s dress. I found Lucy back in the canyon. Wrapped her in my coat, buried her with my own hands. I thought it best to keep it from ya.’

NOTE: For all those fans who say that John Wayne could not act – I suggest you watch him in this scene (and, indeed, for the entire movie). He is superb. It is worth mentioning that Wayne nailed his speech recounting his discovery and burial of Lucy on the first take, but for some inexplicable reason the camera had stopped. A most irritated John Ford asked the operator what was wrong with the camera, but as the man began to answer, power to the camera suddenly returned and Wayne took another crack at it. It was later learned that there had been no mechanical or electrical malfunction at all. Supporting actor Ward Bond had been in need of a shave, so he had pulled the plug on the camera in order to use his electric razor! The crew never did tell Ford, for fear he would physically harm Bond.

Martin (Jeff Hunter) & Ethan on the trail of the Comanche band

Back to the story: After searching a year or more for Debbie and the Comanche band that had taken her, Ethan and Martin are compelled to turn back when the trail gets cold:

Ethan: ‘Nope. Our turnin’ back don’t mean nothin’. Not in the long run. If she’s alive, she’s safe. For a while, they’ll keep her to raise as one of their own until…she’s of an age to…’

Martin: ‘Do you think maybe there’s a chance we still might find her?’

Ethan: ‘An Indian will chase a thing until he thinks he’s chased it enough. Then he quits. Same way when he runs. Seems like he never learns there’s such a thing as a critter who’ll just keep coming on. So we’ll find ‘em in the end I promise you. We’ll find ‘em. Just as sure as the…turnin’ of the Earth.’ 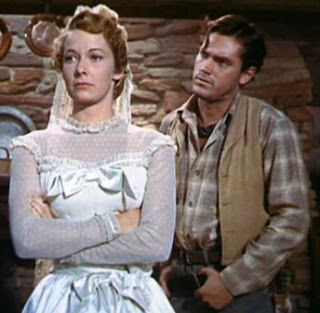 NOTE: Ethan and Martin return to the Jorgensen ranch, set out a second time to find Debbie, then return just as Martin’s frustrated girlfriend Laurie Jorgensen (Vera Miles) is about to get married to someone else. Almost immediately, they learn of the Comanche band’s whereabouts and prepare to raid their camp and rescue Debbie.

Martin: ‘Are you crazy?’

Martin: ‘But I gotta go, Laurie. I gotta fetch her home.’

Laurie: ‘Fetch what home? The leavings a Comanche buck sold time and again to the highest bidder, with savage brats of her own?’

Laurie: ‘Do you know what Ethan will do if he has a chance? He’ll put a bullet in her brain. I tell you, Martha would want him too.’