with Paul Newman in The Hustler

My favourite Piper Laurie performance was in The Hustler (1961), where she played Paul Newman’s lame girlfriend Sarah Packard. In her highly readable memoir she made no bones about her disdain for former US President Ronald Reagan. Of course, he wasn’t president when she first met him on the set of Louisa (1950). She was just 18 and the 39 year-old Reagan was playing her father in the picture. He invited her out on a date, even asking permission from her mother beforehand. All part of honing his image as a wholesome guy it would appear. Later he picked her up, but instead of dinner at a nice restaurant, he took her back to his house, cooked a couple of hamburgers, and then seduced her. She described him as ‘an insensitive show-off in bed’, bragging about his ability to remain ‘erect’ for 40 minutes or so. He even boasted about how much his condom cost him! Piper wrote that he not only failed to pleasure her, but then proceeded to blame her for not achieving orgasm. ‘There’s something wrong with you that you should fix’, he advised as he left.

Poor Clara Bow, the world famous ‘It Girl’, was a victim of circumstances. Like most of her contemporaries, she enjoyed an active sex-life, but it was nothing like the horrendous tales the media printed about her. Her biggest blunder was to hire a private secretary named Daisy DeVoe to handle her fan mail. The conniving Daisy thought it might be lucrative to blackmail Clara, but the ‘Brooklyn Bonfire’ took her on. Daisy was arrested and eventually had to face Clara in court. Unfortunately, the judge allowed the actress’s private letters to be entered into evidence. The press had a field day. Before long there were tales appearing in the tabloids telling of Clara having scores of lovers of both sexes. Then they went even further, accusing her of consorting with prostitutes and animals when conventional lovers became hard to find! It simply was not true. None of it. She had male lovers, of course, but so did just about every big female star. The phony story that did the most damage to her already battered image was the one that accused her of servicing the entire USC football team, the ‘Thundering Herd’, in wild parties at her home. In the end she won her court case but lost her career. Clara’s star had already begun to fade anyway when Paramount arrived at the conclusion that her reputation was no longer worth defending. There were other, younger, up and coming women who could make them a lot more money. I realise that times change, but the extraordinary popularity of the Jeanette MacDonald – Nelson Eddy musicals still defy explanation – to me anyway. Of course, sound was a relatively new thing in the early thirties, so that may have had a lot to do with it. Back then the big studios ruled with an iron glove. Contracted players were compelled to toe the line if they wanted their contracts renewed, and nowhere was this dictatorial system more rigidly enforced than at MGM where Louis B Mayer’s word was law. When one of his ‘walking goldmines’, Jeanette MacDonald, returned from a blissful summer vacation in 1935, having spent it with her lover Nelson Eddy, (another ‘walking goldmine’), she discovered she was pregnant with his child. As both were young and unwed at the time, the potential for box-office catastrophe was all too apparent to Mayer and MGM, so he ordered Jeanette to abort the child. The alternative would see both her and Eddy black-balled, their careers left in tatters. Shortly after the ultimatum was issued she lost the baby naturally, although Eddy and Mayer assumed she had simply carried out LB’s instructions. Nelson terminated their relationship and Mayer tightened his grip on her movie career, discouraging any possibility of a reconciliation with her lover. 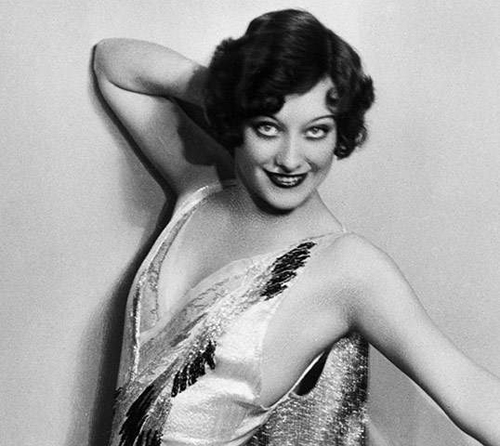 When Joan Crawford first entertained Franchot Tone in her home he found her in the solarium, tanned head to toe and stark naked. He did not emerge from the solarium until nightfall. Joan used sex to get what she wanted, seducing men and women along the way, particularly if they could advance her career. Greta Garbo, Marlene Dietrich, Barbara Stanwyck and Marilyn Monroe all slept with her, although in MM’s case it was once only. She preferred men and told Joan so. They rarely spoke to each other again. Rumour has it that the teenaged Joan lacked personal hygiene during her Kansas City days and was responsible for spreading ‘crabs’ throughout the neighbourhood before she moved on. Her obsession with cleanliness for the rest of her life is said to have been a legacy of those shady days. Because she lied about her true age all her life, it is difficult to ascertain how old she was when she made a porn film titled ‘The Casting Couch’, but it was more than likely shot while she was still in her teens. The Fairbanks family was privy to the information concerning her sordid past and, consequently, hated the thought of Doug Junior marrying such a woman, but they were powerless to stop him. 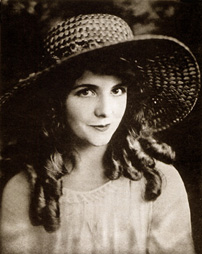 Olive Thomas was a stunning star of the silent screen whose movies are mostly lost to us today due to the poor storage methods of the day. Not much is known of her acting ability, but her story is a sad one, a tragic case of falling in love with the wrong guy. She met Jack Pickford, the brother of super-star Mary, in 1916 and married him 8 months later. It was not a union made in heaven. The marriage was in tatters by the time Jack joined the US Navy in the middle of the Great War. He quickly became involved in a scheme selling wealthy soldiers cushy, safe posts far from the fighting. He was soon caught and dishonourably discharged. By 1920 he had convinced Olive to give their marriage another try, despite the fact that his philandering had resulted in her contracting a severe case of syphilis. They set off for Paris on a second honeymoon, but within days Olive was dead. The cause of death seems to have been either a): She overdosed on bi-chloride of mercury, a common treatment for syphilis in the early 20th century. Or b): Jack had deliberately poisoned her to collect on her insurance policy. We will probably never know for certain. The police ruling was ‘accidental death’, but the case involved the brother of possibly the most famous woman on Earth, so who knows what pressures may have been brought to bear on their findings? We do know that it took the poor woman four days to die an agonising death. She was just 25.