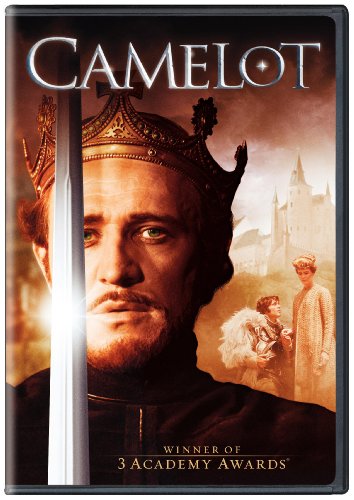 Movie musicals have been around for decades. The studios quickly became aware of their potential as cash cows the moment silent movies became talkies. Most pundits would probably agree that the genre suffered a mortal blow with the release of both Camelot (1967) and Paint Your Wagon two years later. Personally, I disagree with lumping the two films together as dismal failures, having watched the latter several times and enjoyed it over and over again. Of course, neither film signaled the demise of the genre, but it is fair to say that backers shied away from investing in musicals for quite some time after they failed to make a fortune at the box-office.

I usually enjoy musicals, but Camelot (1967) was a total, crashing bore, all interminable 179 minutes of it. Perhaps Lerner and Loewe might have hoped for better performances from actors who could actually sing, but the powers that were went for actors rather than vocalists and paid the penalty. Apart from the title tune and ‘If Ever I Would Leave You’, I thought the score was as dull as the performers. Richard Harris and Vanessa Redgrave barely got by using their own vocals and Franco Nero (Lancelot) was dubbed. Ironically, David Hemmings was the only trained singer in the entire cast, yet he was not required to sing at all! Jack Warner had wanted Julie Andrews to play Guinevere, but she had no desire to play opposite Harris again, not after their mutually unpleasant experience making Hawaii the year before. In truth, they simply could not stand one another. Her dislike of Harris aside, Julie was by then a very big star and in demand. Things had changed since Warner chose Audrey Hepburn over her for My Fair Lady back in 1964, making no secret of the fact that he felt she was not a big enough name to guarantee a return on the studio’s investment. In fairness, the issue was probably moot anyway because director Joshua Logan personally preferred Miss Redgrave all along. Jack was also toying with asking Liz Taylor to play Guinevere, with Richard Burton as the King and Peter O’Toole as Lancelot. Their prohibitive fees soon put paid to that notion. Marianne Faithfull, Liza Minnelli, Cher and Petula Clark were also briefly in the running for Guinevere. At least they could sing.

Initially, Rock Hudson (another non-singer) was the hot favorite to play Arthur once Burton had turned it down. Then along came the very determined Irishman. Harris did everything bar roast Jack Warner over an open fire in his endeavors to secure the part of King Arthur for himself. He followed the man everywhere and propositioned him endlessly. He even had a sign printed that read: ‘Harris better than Burton; Only Harris for Camelot’, then paid someone to carry it all the way down The Strand in London. He pestered and pestered, in person and over the phone, until Warner finally relented. Once filming commenced Harris disrupted production time and again, disagreeing with both Warner and the director on all kinds of trivial details. He even insisted on singing his numbers ‘live’, rather than engage in the usual, time-honored practice of lip-syncing. Vanessa Redgrave and Franco Nero became lovers in the movie and off-screen as well. They would officially become husband and wife thirty-nine years later in 2006! They have a son and are still together. Harris and David Hemmings became life-long friends after the latter saved Harris from committing suicide. The Irishman was standing on his balcony ledge, high above his swimming pool and all set to dive in, when Hemmings reminded him of the rather sobering fact that the pool was completely empty. ‘Are you sure you really want to do this?’ he asked the troubled star. And Harris had a rethink. ‘No, I don’t’, he replied. ‘Let’s have a drink.’

A Camelot Castle was built on the backlot at Warner Brothers Studios and later used as the Tibetan Lamasery in Lost Horizon (1973). It has since been torn down. Other real life castles used in the picture still stand and are tourist attractions in Spain. The knights’ armor used in Camelot was brought from Spain where it had been used in Samuel Bronston’s 1961 epic El Cid. Camelot was not a box-office success. It had massive shortcomings that Harris, apparently, took little notice of. He would ultimately choose to purchase the rights to the stage version for $1 million dollars, revamp it, and take it on the road. Contrary to most expectations it made him a rich man.

Paint Your Wagon (1969) boasted lyrics and music by Alan Jay Lerner and Frederick Leowe and additional tunes by Andre Previn. The extra songs did little to enhance the score, but it was the decision to have Clint Eastwood (Pardner) and Lee Marvin (Ben), two non-singers, handle most of the vocals that ultimately harmed the movie most. Jean Seberg (Elizabeth) was dubbed. These days we have non-singing actors ruining musicals left, right and center, but it is safe to suggest that Paint Your Wagon popularized the practice. Marvin’s million-selling single, ‘Wanderin’ Star’, suggested that anyone could sing anything and it would make money. It just happens to be a fine song with a beautiful arrangement and a superb male chorus backing it up. With help like that Mister Ed could have made it a hit. One wonders how renowned singer Harve Presnell reacted to Marvin’s success as a singer. His superb rendition of ‘They Call the Wind Maria’ went virtually un-noticed. The picture cost $20 million to make and grossed $31 million in America. When production and marketing costs were added it showed a loss. It certainly sounded the death knell of the musical extravaganza for several years. Interestingly, Eastwood created his own production company (Malpaso) after making Paint Your Wagon, having witnessed first-hand how not to make a movie! Director Joshua Logan insisted on building ‘No-Name City’ out in Oregon’s Cascade Mountains. It took seven months to do so (at a cost of $2.4 million) and took the picture way over budget before shooting had even begun. The stars were flown in each day by chopper at a cost of $80,000 a day. Supplies were forever running low or being pilfered by a nearby hippy community, and this caused further costly delays. Logan was bipolar and suffered from depression, so all these issues gradually took their toll on him both physically and psychologically. 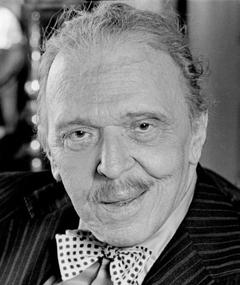 Eastwood and Seberg had an affair while on location in Oregon and they were anything but discreet about it. The tabloids latched onto the story and Jean’s estranged husband, French director/novelist Romain Gary, flew to the set, vowing to kill Eastwood! By all accounts Clint fled into the woods and hid out until he left. When the cast returned to Paramount Studios to film interiors, Jean was nonplussed by Eastwood’s complete change in attitude towards her. She thought they were deeply in love yet he refused to even speak to her. She was unaware that he had been conducting a simultaneous affair (which lasted two years) with an extra in the film. In an interview in 2013, long after poor Jean had killed herself over another issue, he at last mentioned his involvement with her. ‘I’d say she’s important in my life, yes,’ he cautiously condescended. Obviously, not that important. 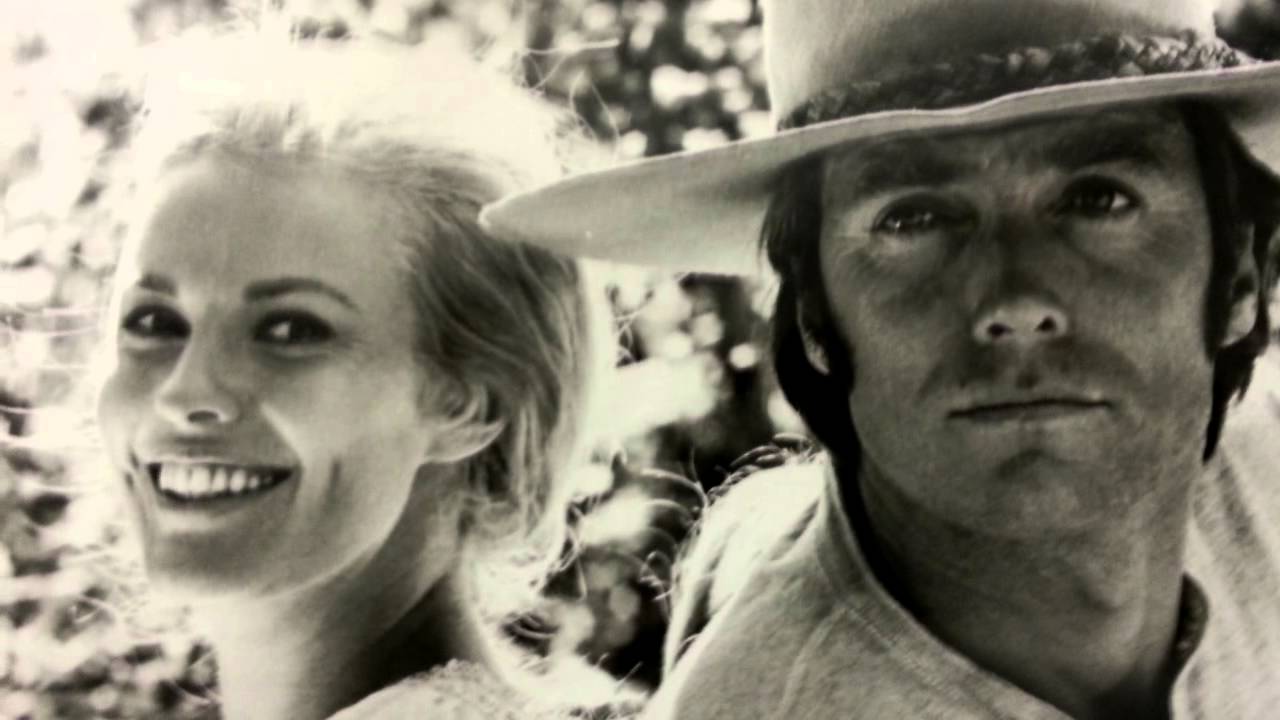 Jean and Clint on the set

When Louis B Mayer was ousted from MGM in the mid-fifties he took the rights to Paint Your Wagon with him, intending to produce it himself with Gary Cooper in the role of Ben Rumson. It never eventuated. Joshua Logan, believe it or not, wanted Mickey Rooney, Jimmy Cagney and Lesley Ann-Warren to play the leads! And that was after Bing Crosby had turned down the chance to play Ben!

Despite his lack of a singing voice, (Seberg described it as, ‘like rain gurgling down a rusty pipe’), Marvin was absolutely marvelous as Ben and carried the picture on his back from beginning to end. Although he richly deserved his Oscar for Cat Ballou in 1965, his hilarious performance here was even better and should have earned him at least a nomination. Maybe it was the singing that vetoed any thought of a nomination. He was unsuccessfully nominated for a Golden Globe, however. I watched Paint Your Wagon again recently and his performance is as fresh and as funny as ever. The screenplay is a particularly clever one and he makes the most of the many witty lines he is required to deliver.

The original story was nothing like the one in the movie. The Broadway production featured an inter-ethnic love story, but that was considered passé by the late sixties. Elizabeth has only a minor role and Pardner is not even in it! Ben has a daughter and dies in the end. The movie screenplay’s idea of having Elizabeth sleeping with her two lovers on alternate nights took the plot to the other extreme. It was considered too risqué by far. The critics hated it. The Church hated it. Audiences enjoyed the humor but thought the picture was far too long (almost three hours). Some of the songs, particularly ‘There’s a Coach Comin’ In’, seemed to go on for an eternity. One cannot help but think that Paint Your Wagon could have been a fabulously funny Lee Marvin comedy – minus the music and about 100 minutes in length.