The Great Escape (1963) is often talked about as Steve McQueen’s movie but there are a number of fine performances in this fine film, particularly those of James Garner, James Donald, Hannes Messemer and Donald Pleasence. Of course, McQueen was given the showiest part and he squeezed every drop out of it. In fact, only too aware that this was a career-making part, he actually held up production for some time when insisting on re-writes to build the role up even more. Convinced of his pulling power, the powers that be in Hollywood bowed to his demands, as he knew full well they would. Personally, I enjoyed Jim Garner’s turn as Hendley ‘The Scrounger’ just as much as I did McQueen’s ‘Cooler King’. Oddly enough, McQueen received top billing yet was paid only $87,500 for his performance. Garner, on the other hand, was paid $150,000! On the set, the two stars got along very well, enjoying a shared interest in motor racing and cars in general.

German actor Hannes Messemer was excellent here as von Kluger, the camp commandant. In real life Messemer was himself a prisoner of war during World War Two. Conscripted into the German Army in 1942, he was sent to Stalingrad as punishment for failing to obey orders and was subsequently taken prisoner by the Soviets. He escaped in 1945 and walked hundreds of miles to the safety of the German border. He died aged 67 in 1991. Hans Reiser (Herr Kuhn) and Til Kiwe (Frick) had both been prisoners of the Americans in the latter stages of the conflict.

Donald Pleasence as Blythe ‘The Forger’

Donald Pleasence, who played Blythe ‘The Forger’, was another real life POW. He saw military service in the Royal Air Force (RAF) and was shot down over occupied France early in the war. Quickly captured, he was incarcerated by the Germans and tortured at Stalag Luft 1. He thought the set constructed for the movie was a very accurate representation of a POW camp. Being a veteran POW, he kindly offered his services to director John Sturges. At first his offer was politely declined, but then someone informed the director that the British actor’s experience as a bona fide German prisoner of war might prove invaluable. Sturges was quick to re-evaluate the situation and was more than happy to utilize him as a technical advisor from that time onwards. 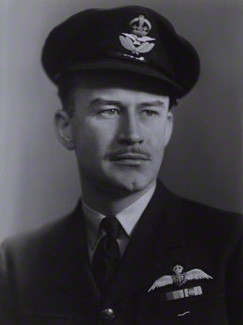 Paul Brickhill wrote the book on which The Great Escape is based. And he wrote from personal experience. His Spitfire was shot down over Tunisia in March 1943 and he was sent to Stalag Luft III (which was situated in Poland, by the way, not in Germany), where he assisted in the escape preparations. He was allocated an early spot in the escaping order, but when his claustrophobia became apparent he was dropped to the bottom of the list. Given that 50 of the recaptured escapees were shot by the Gestapo, this decision probably saved his life. The Australian writer (he was from Melbourne) also penned The Dam Busters and Reach for the Sky, the story of the extraordinary legless RAF pilot Douglas Bader. Brickhill passed away in his homeland in 1991 at the age of 74.

In the movie several Americans (including McQueen’s character, of course) are depicted as being amongst the escapees, but in reality that was not so. American prisoners certainly assisted with the construction of the escape tunnels, but the Germans moved all of them to a remote compound, just before the escape. Ironically, as disappointed as they must have been, the late move doubtless saved some of them from being caught and executed later. Many years after this movie was released, information was made public that there had actually been a fourth tunnel (‘George’) constructed at Stalag Luft III. In the movie they only spoke of three. 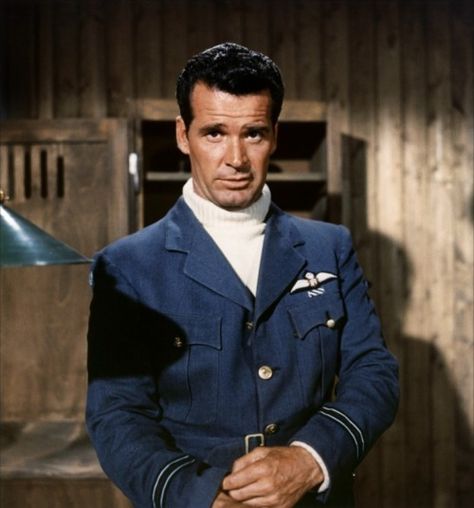 James Garner as Hendley ‘The Scrounger’

The Great Escape was filmed entirely in Europe. Stalag Luft III was constructed in Germany, outside Munich; many of the escape sequences were shot in the Rhine Country near the North Sea and the motorcycle scenes were filmed at Fussen (on the Austrian border), and in the Alps. All the interiors were filmed at the Bavaria Studio in Munich and the train sequences were done on a single line between Munich and Hamburg, using a rented engine and two condemned carriages. 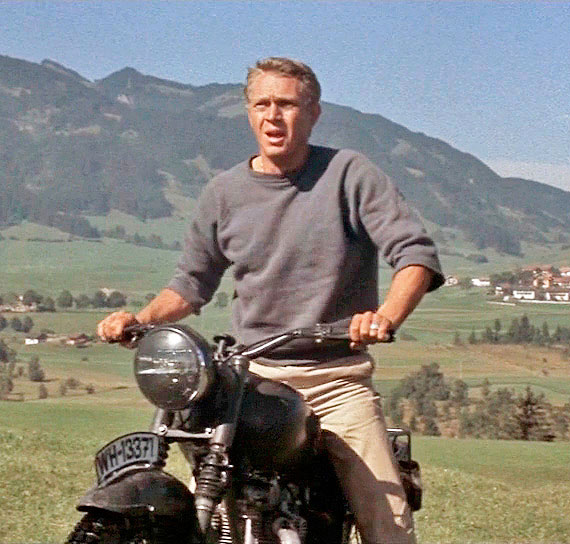 Steve McQueen accepted the role of Hilts ‘the Cooler King’ on the condition he be allowed to show off his motorcycling skills. There was, of course, no motorbike chase during the real escape. McQueen had a ball with the riding in the picture. Not only did he ride the stolen bike as Hilts, he also donned a German uniform and did the riding by the pursuing rider so, in effect, we see him in pursuit of himself. The motorcycle that slides under the wire stretched across the road by Hilts was also ridden by him. He wanted to do the jump attempt over the border obstacles but the insurance people would not permit it, so his pal Bud Ekins was paid to perform the stunt. Bizarrely, the actual escape took place on 24 March, 1944 – Steve’s fourteenth birthday! 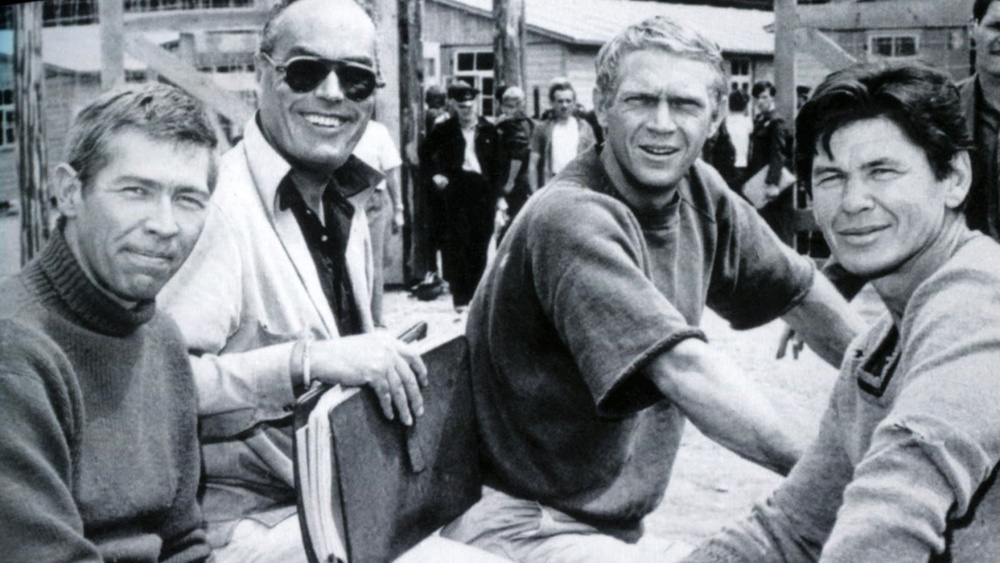 In the early days of production Sturges started getting memos from the US head office at United Artists, insisting that he somehow include women in the screenplay! He was aghast. How could he possibly weave women (and possibly romance) into a story about a prison camp full of men? Head office suggested that, when Ashley Pitt gets shot at the railway station, he should be cradled in the arms of a beautiful girl, preferably one clad in a low-cut blouse. For publicity purposes it was also proposed that a ‘Miss Prison Camp’ competition to be held in Munich, the winner of which would to be signed for the part! Sturges angrily rejected the idea. He had tried for eight years to get someone interested in making The Great Escape and had no intention of sabotaging his story with such a silly, contrived scene. It is generally accepted that the huge success of The Magnificent Seven (1960) enabled United Artists to finally back his film. The last surviving participant in the real escape, Englishman Dick Churchill, died in February 2019 aged 99.