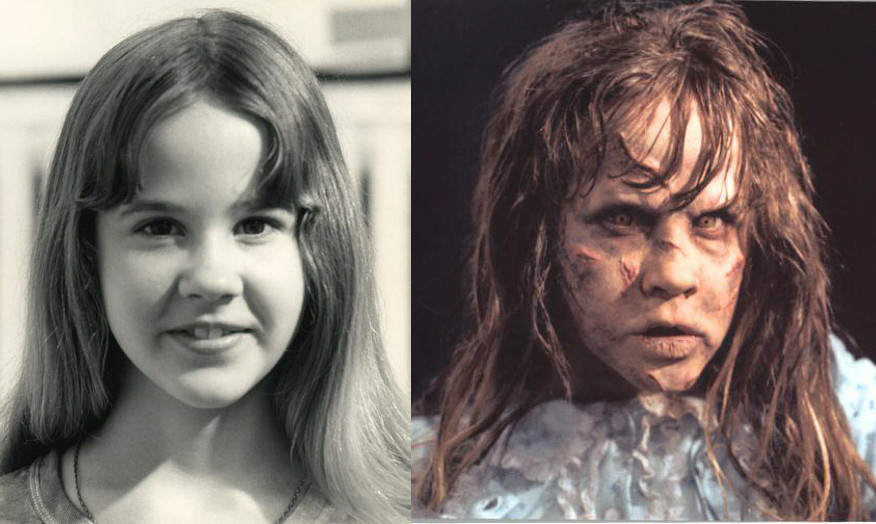 Linda Blair entered this world in St. Louis, Missouri on January 22, 1959. Long before she became world famous as the possessed child Regan in The Exorcist (1973), Linda was modelling, appearing in commercials (75 of them before she turned 12), and her picture was adorning hundreds of magazines and catalogues across America. She was even in minor roles in a couple of movies. Then, in 1972, the 13 year-old was chosen from over 600 hopefuls for the lead in The Exorcist and her life changed forever. Her screen credits total 74, so she has managed to make the transition from child star to adult actress without any great difficulty.

Linda picked up a Golden Globe for her portrayal of Regan and looked a certainty to win the Academy Award as well, until it was leaked that not everything we saw and heard on-screen from her in The Exorcist was her doing. Actress Mercedes McCambridge had dubbed the demonic voice issuing from the possessed girl’s throat and a stunt dummy was substituted for Linda in one eight-second scene. These revelations were enough to secure the Best Supporting Oscar for Tatum O’Neal in Paper Moon and Linda had to learn to live with disappointment. Given all the trickery, imagery, deception and the use of stand-ins prevalent in almost every Hollywood movie since the industry’s inception, one can’t help but think there was more at work here than first meets the eye. The subject matter of the picture upset a lot of religious and influential people. 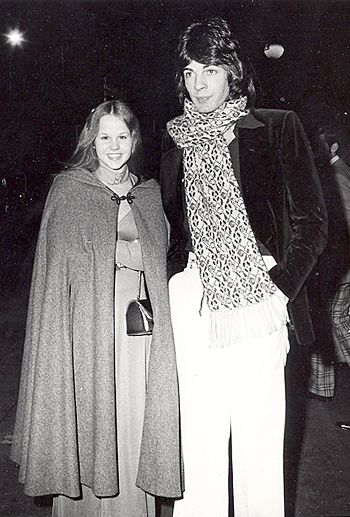 Some of this discontent manifested itself after the premiere of The Exorcist, when Linda received death threats from religious zealots and fanatics. Warners was forced to provide her with police protection, officers actually living with the Blair family 24/7 for six months. Unhappily, the threats continued even after the studio stopped paying for security and even increased after the sequel was released in 1977. Linda had to hide out with family and friends for safety. The sequel bombed at the box-office, Linda broke up with her rock star lover Rick Springfield and she developed a drinking problem. Worse was to come.

At the end of 1977 Linda flew to Florida to attend the funerals of her friends, three members of Lynyrd Skynyrd killed in a October plane crash. While in Florida she heard of some pedigree puppies for sale from a known drug dealer. She kept in contact with the dealer who agreed to sell her a pup, but only if she also purchased some cocaine. She foolishly agreed and the Drug Enforcement Agency (DEA) was tapping the phones and recorded her making the deal. Linda and 30 or so others were arrested. She was fined $5,000, placed on three years’ probation, and ordered to make a dozen public appearances denouncing drugs to youthful audiences.

Since then she has emerged triumphant. She is the founder of The Linda Blair World Heart Foundation, a non-profit organisation dedicated to rescuing and rehabilitating neglected, abused and abandoned animals in the city of Los Angeles. After Hurricane Katrina, Linda personally rescued and transported 51 displaced pet dogs that had been left to die. Her entire fortune has gone to charity and animal welfare. These days, she is a close friend of actress Tippi Hedren who is President of The Roar Foundation, an animal reserve outside Los Angeles. Linda often speaks about when she was a girl and dreamed of being a princess in a Disney film, or of making beautiful romantic pictures opposite charming leading men. Instead, she will always be remembered as a monster! Personally, I shall always think of Linda Blair’s kindness to abandoned and neglected pets. A legacy to be proud of. 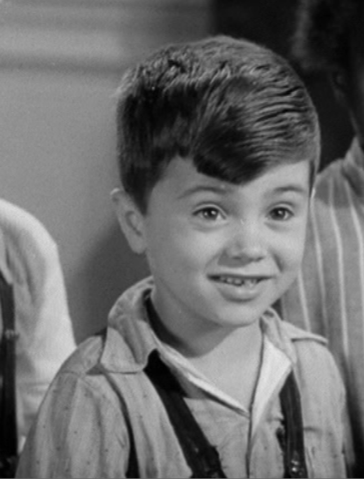 Robert Blake’s life reads much like a B-movie script. Born in New Jersey, as Mickey Gubitosi, he was a cute little 5 year-old kid who landed a coveted role in the Our Gang series of short comedies that were enormously popular in the thirties. A few years later, he achieved a further measure of fame playing the young sidekick, Little Beaver, in the Red Ryder western series of films. He was a good actor and found steady work throughout his teens, although a two-year stint doing National Service in the army (1954-6) interrupted his career for a while. 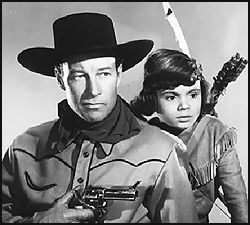 Then, in 1967, he gave a superb performance as Perry Smith, one of the two, true life killers in the movie based on Truman Capote’s best-selling book In Cold Blood. This led to some fine roles in good films, culminating in his own TV series, the popular Baretta in 1975. Actor Anthony Hopkins has since stated that he watched In Cold Blood several times and had based his performance as Hannibal Lecter in The Silence of the Lambs (1991) on Blake’s interpretation of Perry Smith. He even visited Blake in prison to chat about the roles, even though the two men did not know each other prior to the visits. 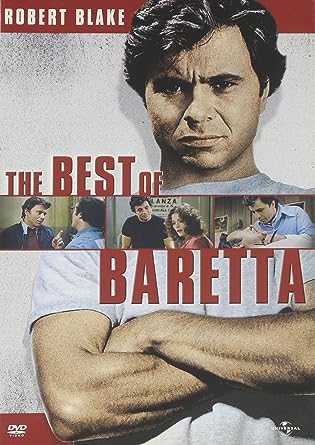 As a child, little Mickey Gubitosi was treated horrendously by his parents. ‘Being locked in the closets, and beaten up, and burned, and sexual stuff, and to come out from under it, I mean, it’s lovely’, he told an interviewer. ‘I mean, most people like me end up on death row, or in the graveyards, or in prison.’ By the 1970s, he was experiencing severe problems with drug-taking and becoming increasingly difficult to work with. Things became a whole lot worse when he met a woman named Bonnie Lee Bakley in 1999. She enjoyed a reputation for meeting and marrying older, well-off men for their money. In fact, she had been married and divorced nine times by the time she fell pregnant to Blake and coerced him into wedding her in November 2000. Indeed, she had already told her other lover, Christian Brando (Marlon’s son), that the baby was his. After Blake became her tenth husband, DNA tests proved he was indeed the father of their daughter. 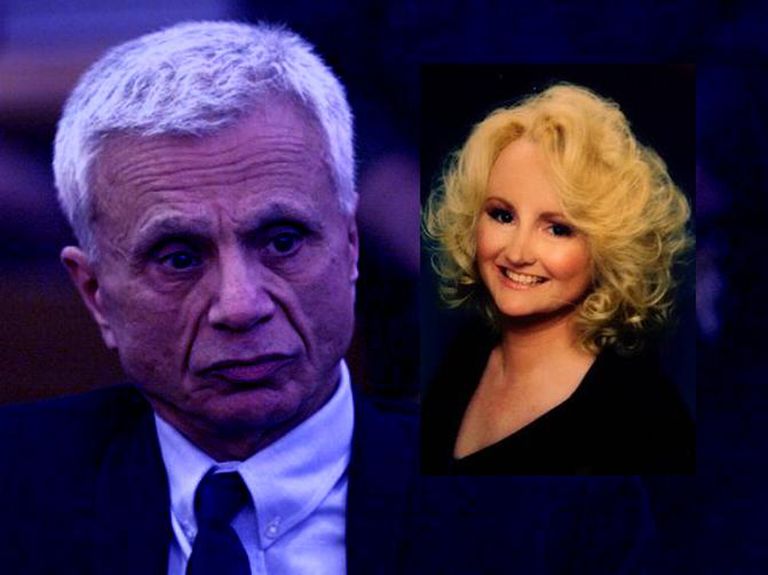 On May 4, 2001, Bonnie was shot twice in the head whilst sitting in their parked car in a side street around the corner from Vitello’s Restaurant in Studio City. She had been awaiting her husband’s return from the restaurant. Blake had gone off to collect a gun he had previously left at Vitello’s and claimed he was not present when his wife was shot. Significantly, his gun was found not to be the murder weapon. Over a year passed before he was charged with Bonnie’s murder. His long-time bodyguard, Earle Caldwell, was also arrested and charged with conspiracy in connection with the killing. Two former retired stuntmen came forward to claim that the actor had attempted to hire them to kill his wife. At Blake’s 2004-5 trial for conspiracy to murder, the defence counsel focused on the drug-taking history of these men, throwing enough doubt on their testimony to clear him of the charges.

A civil suit was filed by three of Bonnie’s children and, similar to the O J Simpson civil suit, a jury found the accused guilty and liable to pay $30 million. The amount was later reduced to $15 million on appeal. Blake was broke anyway and owed over a million dollars in back taxes. In 2017 he married a woman he had known for decades. In December 2018, the 85 year-old actor filed for divorce.