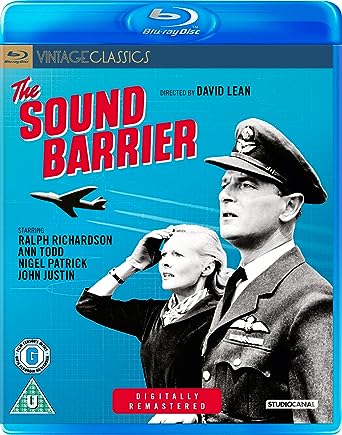 Several scenes in the 1952 film The Sound Barrier required stars Nigel Patrick and Ann Todd to be seated in one of the new de Havilland Comets. They were blissfully unaware that in just two years’ time two de Havilland Comets would break up in mid-air, killing everyone on board both flights. It took several years for experts to work out what had happened. In those days black box flight recorders were yet to be invented. Put simply, the stresses around square windows in these aircraft was far greater than that on round windows and this brought on the metal fatigue that caused the mid-air break-ups. 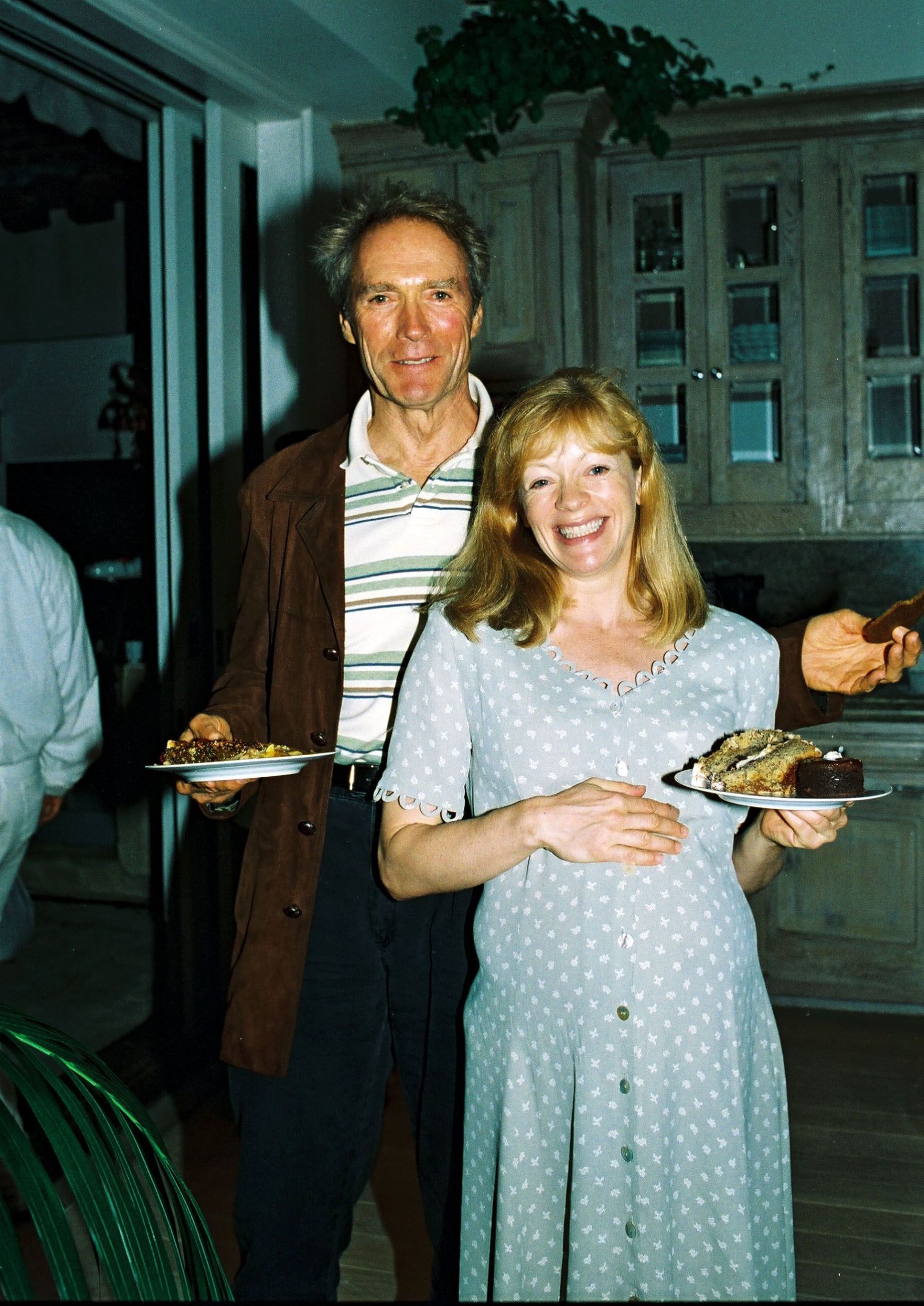 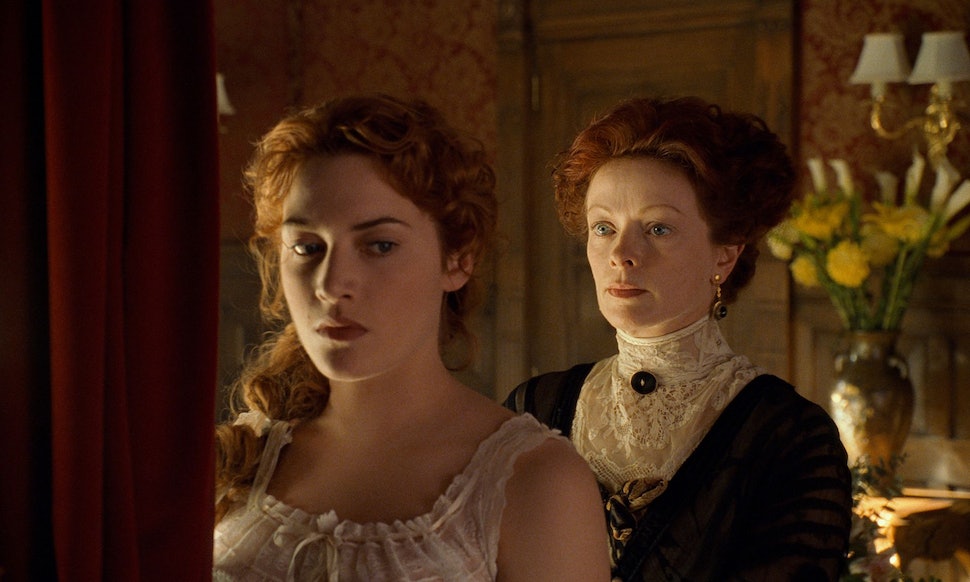 Frances Fisher met Clint Eastwood when they made Pink Cadillac in 1988. Before long they were living together and appeared to be inseparable. Fans of Titanic (1997) will recall her playing Rose’s social-climbing mother. In 1993 she presented 62 year-old Clint with a daughter, Francesca, but when Frances purchased $10,000 worth of designer luggage on Clint’s credit card he became incensed and froze her out before going off to make The Bridges of Madison County with Meryl Streep. Rumour has it that he and Meryl had a brief fling during filming. In 1996 the 66 year-old star married 31 year-old Dina Ruiz. They had a child a year later but divorced in 2014. Offspring-wise, the current count for Eastwood stands at eight children by six different women, only two of whom he actually bothered to marry. 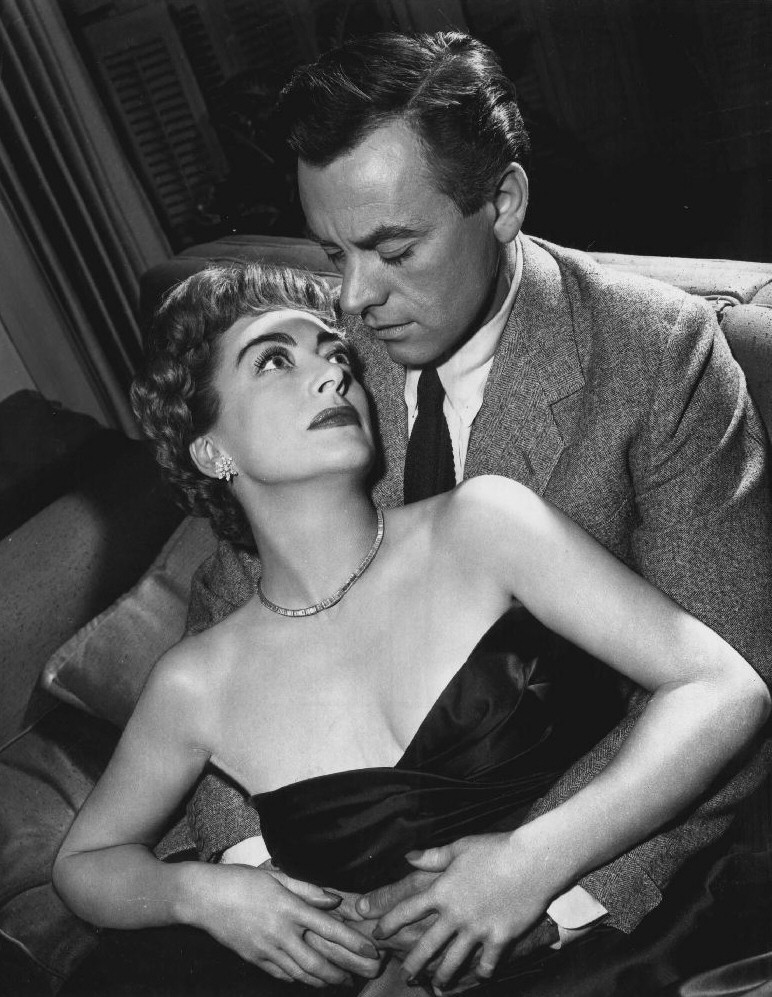 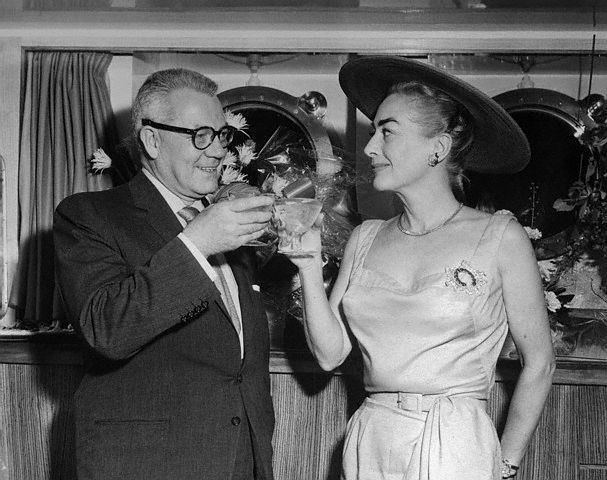 In March 1955, Joan Crawford started filming Queen Bee and immediately became intimately involved with her co-star John Ireland. Even so, on May 10 she was wed to Pepsi-Cola board chairman Alfred Steele in Las Vegas. The following year they took Joan’s adopted children Chris and Christina to Europe. On the voyage home sixteen year-old Christina gave her new step-father a kiss goodnight and received a resounding slap across the face from her mother. ‘I got my man’, roared Joan. ‘Now you damn well go out and get your own!’ On Larry King Live in 2001, Christina sensationally voiced her suspicions regarding Alfred’s death in 1959, pointing to the fact that the healthy man ‘suspiciously fell down the stairs’ only three years after he and Joan had married. There was no proof to substantiate her suspicions and the official cause of death for 58 year-old Alfred remains as ‘heart failure’. 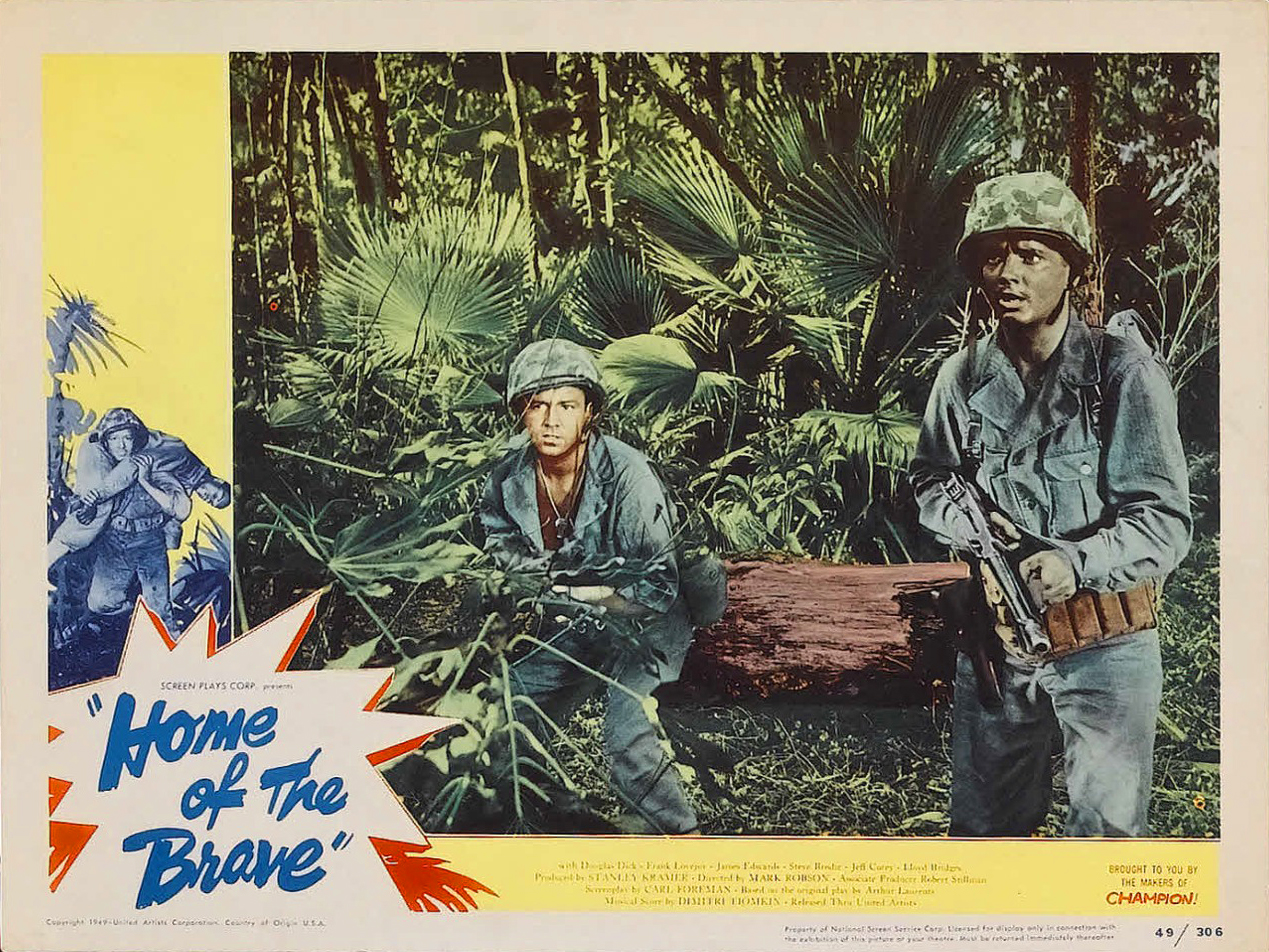 Use of the term ‘nigger’ was banned by the Hays Code from 1934 until it was heard again in the 1949 drama Home of the Brave. Scriptwriter Carl Foreman changed the Jew of the play on which the picture is based to an African-American because he felt that anti-Semitism had been overdone of late with the 1947 release of both Gentleman’s Agreement and Crossfire. Only a year before, in 1948, President Truman had signed Executive Order 9981, mandating that US Armed Forces be fully integrated. Even so, the studio was fearful of the film’s reception in the Deep South. To the relief of all concerned it was received without protest. 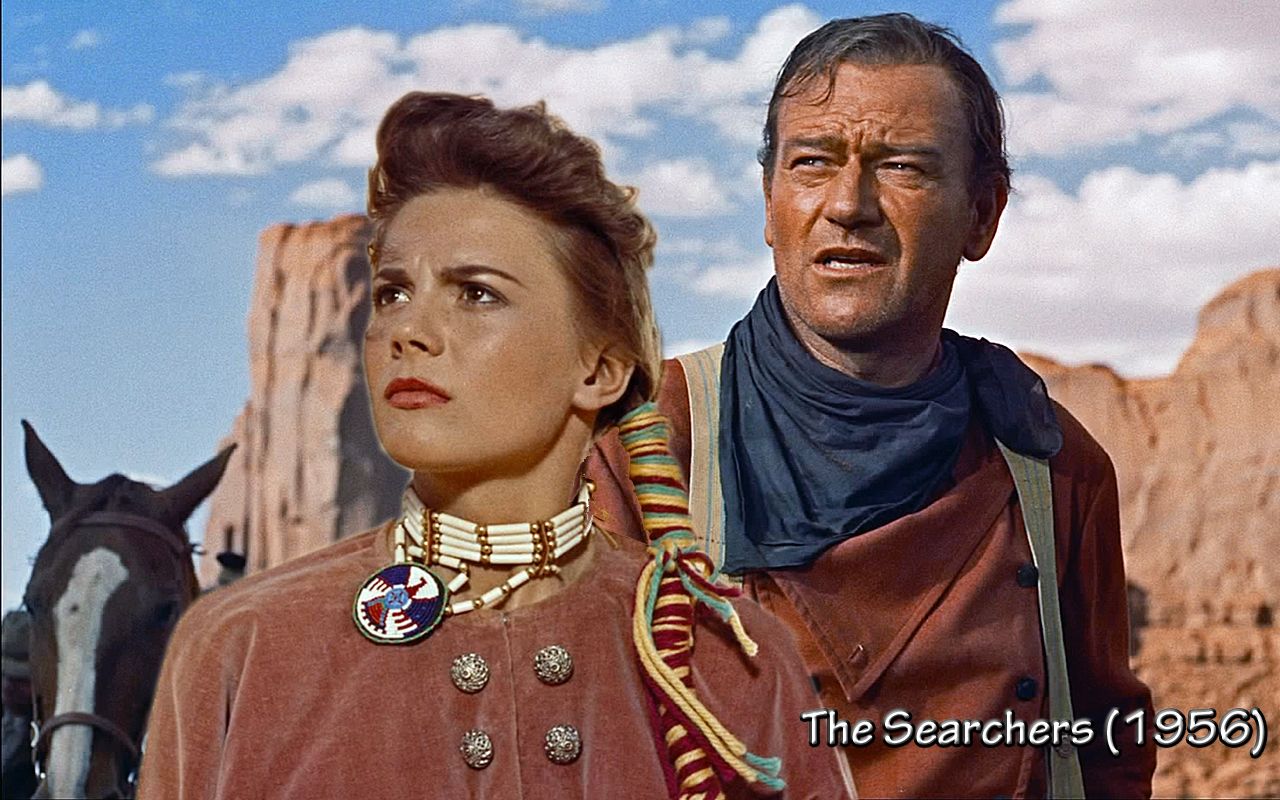 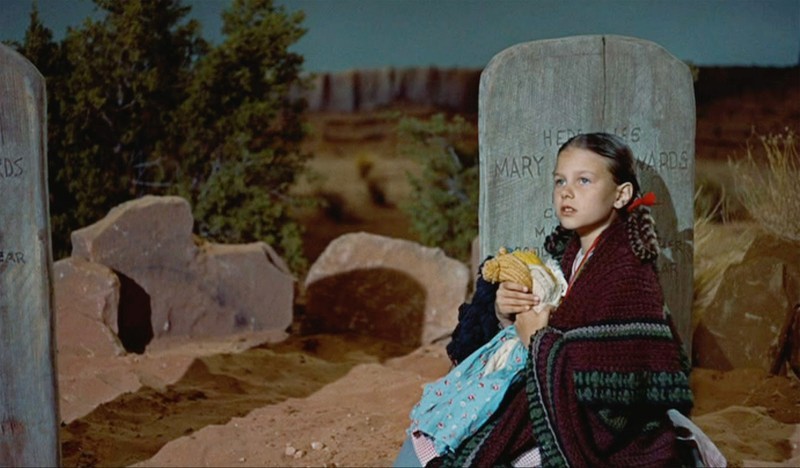 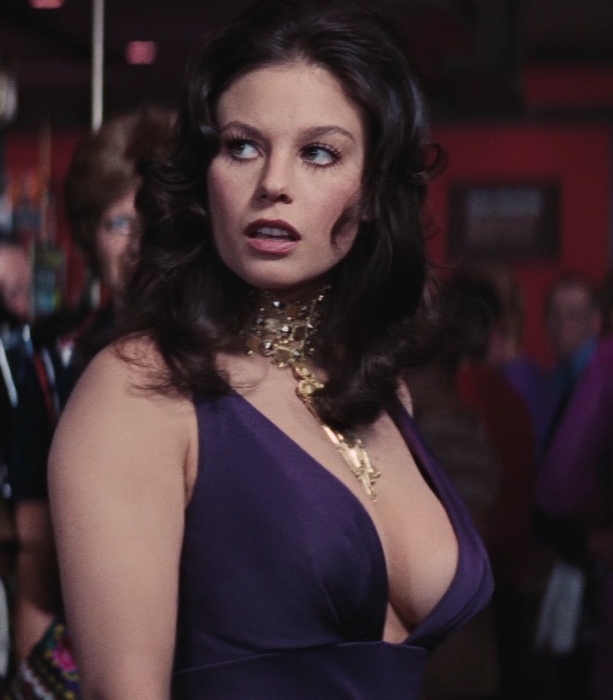 Lana as Plenty O’Toole in Diamonds are Forever (1971)

When The Searchers (1956) commenced shooting in 1955, Natalie Wood was still sixteen years old and at high school. On several occasions, when she was required to shoot interiors, (exteriors were mostly shot in Monument Valley), John Wayne and Jeffrey Hunter stopped by the school and picked her up. Needless to say, this caused great excitement among her female classmates. Incidentally, that is Natalie’s younger sister Lana portraying young Debbie at the beginning of the film. Of course, Natalie portrays Debbie as a grown woman. Years later, a voluptuous 25 year-old Lana would play Plenty O’Toole in the Bond film Diamonds are Forever (1971). 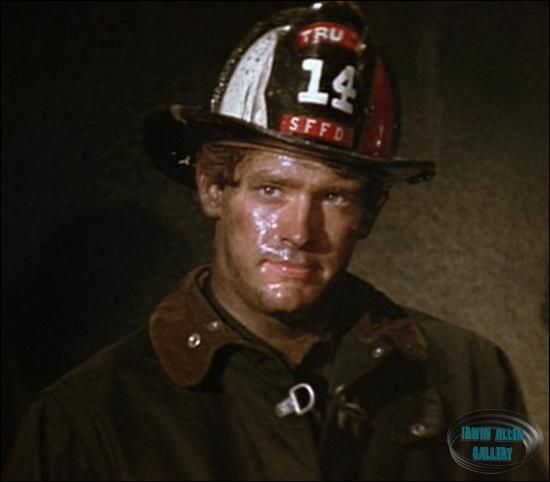 Scott Newman in The Towering Inferno (1975)

Paul Newman fiercely disliked Charlton Heston because of his ultra-right wing politics, especially the man’s championing of gun ownership. ‘He makes me sick’, said Newman. ‘I mean actually turns my stomach.’ The two stars had a vitriolic televised debate after Heston made TV appearances on behalf of President Ronald Reagan’s Star Wars defence program. The general consensus was that Heston won the debate. When Newman learned that Heston had been scheduled to introduce him at a ceremony inaugurating the Scott Newman Foundation, Paul made sure Chuck was ditched and replaced by Donald Sutherland, a man who shared Paul’s enlightened beliefs. Scott Newman was Paul’s son from his first marriage. He had died from a drug overdose in 1978 at the age of 27. 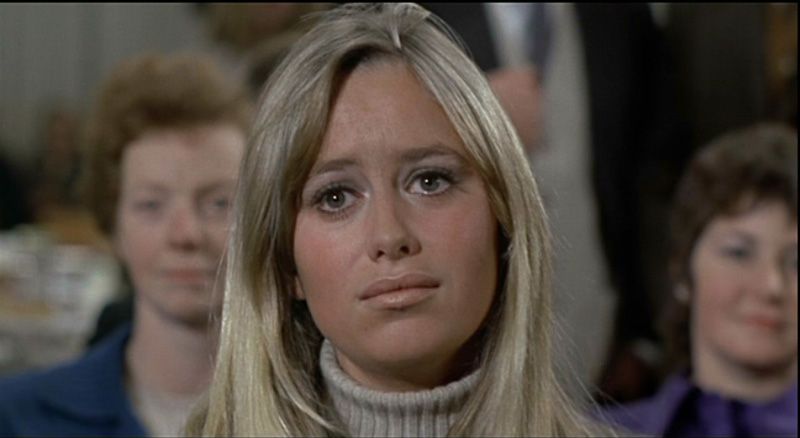 After being pressured by Susan George for details regarding the filming of the scene in Straw Dogs (1971) in which her character was to be raped, director Sam Peckinpah advised her that she was to first be raped and then sodomised! She refused to take part in his plans to explicitly portray both acts and threatened to resign if he did. Peckinpah reluctantly relented, promising to focus on her face and not her body during the shooting of the scene.

Opinions vary about whether or not Marilyn Monroe could act. To answer that question, we need only watch the 1952 drama Don’t Bother to Knock, in which she plays a mentally disturbed woman unable to come to grips with the death of her fiancée who had died in the Pacific during World War Two. The only truly memorable aspect of this picture is the performance of Miss Monroe. It is poignant and highly watchable, and the viewer would have to be especially cold-hearted not to feel sorry for her character. For what it is worth, I thought she was terrific and often under-rated as an actress. 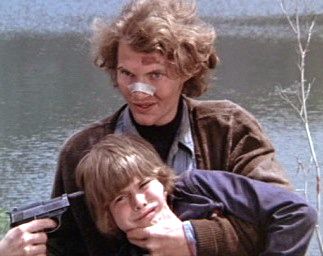 Director Don Siegel offered the role of Scorpio the serial killer in Dirty Harry (1971) to Audie Murphy, thinking that having a genuine clean-cut war hero playing a psychopathic killer would be a nice irony. Unfortunately, Murphy was killed in a plane crash before he could get back to Siegel with his answer. Andrew Robinson ultimately accepted the role. At the end of the film the young boy he holds hostage near the pond is played by Stephen Zacks, his real-life stepson. 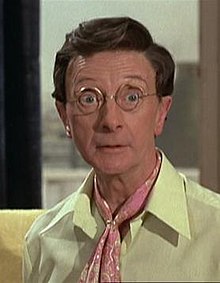 Carry on Cruising (1962) was the first in the British ‘Carry On’ series to be shot in colour. It was also the only one in the fourteen years between Carry on Sergeant (1958) and Carry on Abroad (1972) that Charles Hawtrey did not appear in. He quit over a dispute with the producer about the billing, the squabble escalating when the diminutive actor unsuccessfully insisted that a gold star be placed on his dressing room door! Lance Percival replaced him in the role of the cook here. Presumably, Charley eventually got his way because he was back in the next ‘Carry On’ production.