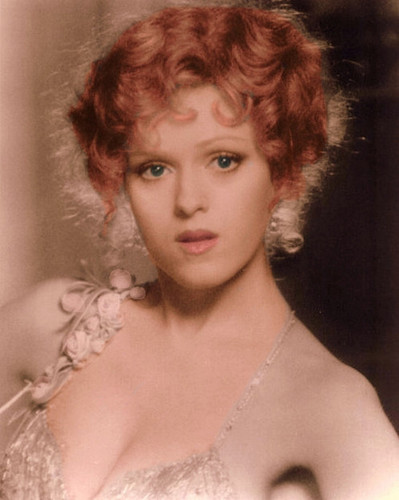 Bernadette and her then boyfriend Steve Martin

Singer/actress Bernadette Peters is nicknamed ‘The Queen of Broadway’ and rightly so. She was born Bernadette Lazzara to an Italian father and a Maltese mother in Queens, New York in 1948. Her list of achievements on Broadway is too long to detail here, but she reigned supreme in musical theatre for three decades. Her movie career spanned 33 features and television movies and included Mel Brooks’ Silent Movie (1976), for which she was nominated for a Golden Globe, Clint Eastwood’s Pink Cadillac (1989) and Woody Allen’s Alice (1990). She starred opposite her boyfriend Steve Martin in The Jerk (1979) and again in Pennies from Heaven (1981), and won a Golden Globe for the latter. A recording artist as well, Bernadette has six albums to her credit and several singles. She and Martin commenced their four-year relationship in 1977, but it ended the same year she posed (in lingerie) for a spread in the December 1981 edition of Playboy Magazine. She is known to have dated Hollywood lothario Warren Beatty (but then again, who hasn’t?). She would ultimately marry an investment advisor in 1996. 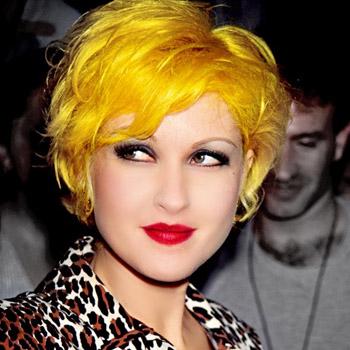 Cyndi Lauper’s mother was born Catrine Gallo to Sicilian parents. By the time Cyndi arrived in a Queens, New York hospital in 1953 her mother had remarried. It would be fair to assess Miss Lauper’s movie career as mediocre at best, but that does not mean she cannot act. In 1995 she picked up a Primetime Emmy Award as ‘Outstanding Guest Actress in a Comedy Series’, for her performance in an episode of Mad About You (1992). Mostly, her screen credits consist of video shorts for her many hit songs and promotions related to her great passion for professional wrestling, but she has been nominated for over a dozen various awards, successfully so in four of them. In 1991 Cyndi wed actor David Thornton (singer and lay preacher Little Richard performed the ceremony), and the couple are still together as of A 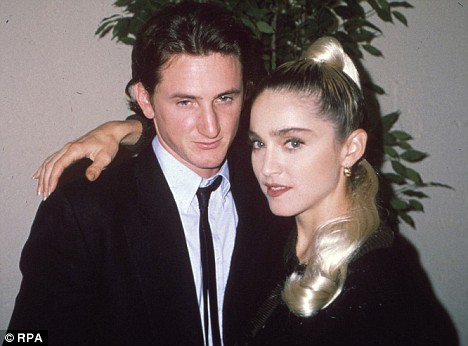 Madonna Louise Ciccone was born in Bay City, Michigan in 1958. Her father’s parents hailed from Pacentro, Italy; her mother was of French-Canadian descent. Known to the world of music and movies as simply ‘Madonna’, this extraordinarily ambitious woman is a self-made institution, one who delights in regularly re-inventing herself to suit the times. She has sold over 300 million records, made a number of movies and has loved and married several prominent individuals. Her stormy marriage to actor Sean Penn has been well-documented, as was her equally stormy romance with Warren Beatty. Revelling in controversy, she alienated the Puerto Rican government in 1993 when she pulled a Puerto Rican flag between her legs during her performance at a concert. Less than a year later she uttered the ‘f’ word no fewer than 13 times during a guest appearance on the Late Show with David Letterman. Now approaching 60, she seems to have slowed down, apparently content to relax and spend some of her $900 million. 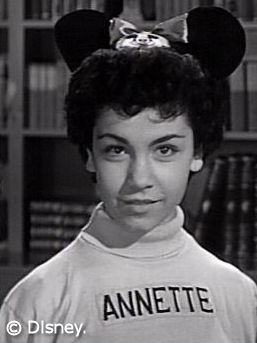 For a few years in the fifties Annette Funicello was the most loved and adored teenager in the world, courtesy of her astronomical leap to fame on television as a Walt Disney Mouseketeer in The Mickey Mouse Club. I know this for a fact because I was one of her most ardent fans. I was ten. Annette was born to Italian/American parents in Utica, New York in 1942, the family moving to California when she was four years old. In 1956 she was selected for the Mickey Mouse Club as ‘the ethnic one’ amid all the blue-eyed, freckle-faced other Mouseketeers. She was an instant hit and it was only a matter of time before Annette was groomed to become a pop singer. During the surfing craze of the sixties, she and Frankie Avalon made a series of ‘beach party’ films that struck a chord with teenagers. For a while she was romanced by pop singer Paul Anka, famous for his ‘Diana’ number 1 hit tune. He wrote the sappy ‘Puppy Love’ for her. In 1987 Annette began to have dizzy spells and five years later publicly announced that she was suffering from multiple sclerosis. She succumbed to the disease in 2013 at the age of 70.

Nancy Sinatra is the daughter of Frank and his former wife Nancy Barbato Sinatra. Born in Jersey City, New Jersey in 1940, she made her professional singing debut on her father’s television special The Frank Sinatra Timex Special in 1960 and commenced a recording contract with his Reprise label the following year. That same year she wed singer/actor Tommy Sands. By 1965, with no hits forthcoming, she was about to be dropped from the label when a last minute boost from singer/songwriter Lee Hazelwood, coupled with a complete image makeover, produced dazzling results. Her pop song ‘These Boots Are Made for Walking’ began a phenomenal run of hit singles, several of them duets with Hazelwood. One single, ‘Somethin’ Stupid’, was a duet with her father, jokingly referred to in the industry as ‘The Incest Song’. It topped the charts. Nancy’s movie credits include Marriage on the Rocks (1965), The Last of the Secret Agents? (1966) and Speedway with Elvis Presley in 1968. In spite of her success, Nancy is somewhat scathing of her own work: ‘I wasn’t allowed to grow as an artist’, she says. ‘My albums were nicer to look at than to listen to.’ 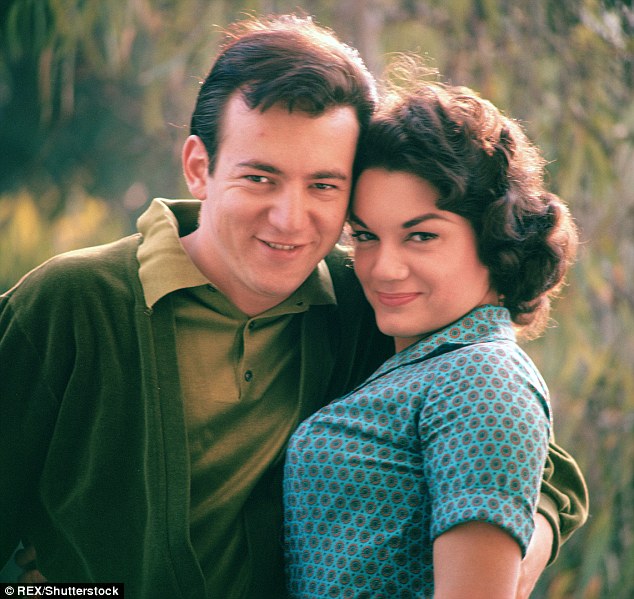 Connie Francis was a superstar recording artist in the fifties and sixties. Born Concetta Franconero to Italian parents in 1937 in Newark, New Jersey, she signed a recording contract with MGM in 1955. By October 1957, however, Connie was about to be released from her contract when she recorded ‘Who’s Sorry Now?’, more or less on the advice of her father. The single shot to number 1 in the UK and number 4 in America, and for the next four years Connie Francis was voted the ‘Best Female Vocalist’ by American Bandstand viewers. An album of Italian favourites (also suggested by her father) sold heavily, as did albums of Jewish, German and Irish favourites. She appealed to all ages and all ethnicities. Movies were an inevitable progression, but she lacked a genuine appealing personality and was an ordinary actress. She dated Bobby Darin briefly, until her father produced a pistol and ran him off from one of her shows! Connie made no fewer than twenty-six appearances on The Ed Sullivan Show

In June 1974 her world came crashing down when she was viciously raped at knife-point in a Howard Johnson Hotel room following one of her concerts. On learning that the lock to her hotel room had still not been repaired twelve months after the crime, she sued the hotel chain and was awarded $3 million in damages. Further tragedy struck in 1981 when her brother George was murdered by Mafia hitmen. Diagnosed with manic depression, which brought her career to a stop for a further four years, Connie was committed to a total of 17 hospitals and seriously considered suicide several times. It was 1989 before she felt capable of resuming her recording and performing career again. 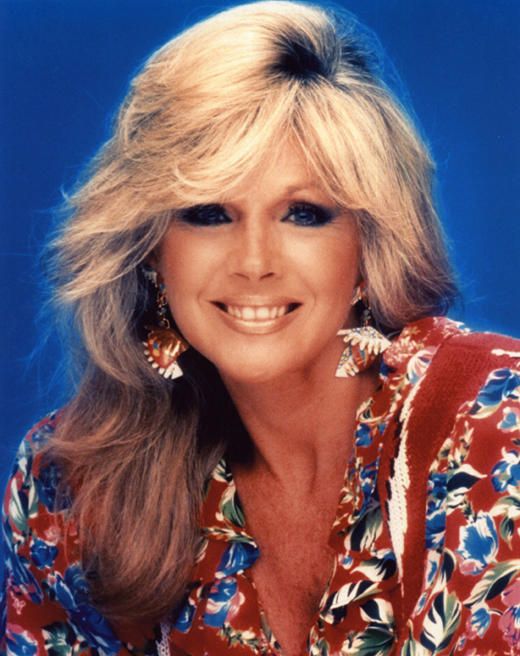 Concetta Ingoglia took her Italian father’s stage name during her teens and became singer/actress Connie Stevens. She looked for work as a movie extra and stand-in until her first notable role came in 1957 in the film Young and Dangerous. Jerry Lewis liked the look of her and cast her as his girlfriend in Rock-A-Bye Baby (1958). Before long she was picked up by Warner Bros. Like most of Warners’ contract players, she guest-starred in the studio’s TV series, Maverick, Cheyenne, Sugarfoot and others. Stardom came when she was cast as Cricket Blake in a new series called Hawaiian Eye in 1959. A stint on another Warners series, the popular 77 Sunset Strip, resulted in a pop single, ‘Kookie, Kookie, Lend me Your Comb’, featuring Connie and heartthrob Edd ‘Kookie’ Byrnes. The song reached number 4 on the Billboard Top 100. Her follow-up solo single ‘Sixteen Reasons’ made it to number 3. Connie’s newfound popularity encouraged Warners to rush her into a few movies – Parrish (1961), Susan Slade (1962) and Palm Springs Weekend (1963). They were only mildly successful. In the seventies she turned down the Valerie Perrine role in Lenny because of the nudity. She married twice during her twenties – to actor James Stacy (1963-6) and to Debbie Reynolds’ ex-husband Eddie Fisher (1967-9).

Liza Minnelli, of course, is the daughter of Judy Garland and Italian director Vincente Minnelli. Unsuccessfully Oscar-nominated for The Sterile Cuckoo (1969), she had better luck in 1972 with Cabaret, in my opinion one of the most over-rated movies in Hollywood history. Liza was just 14 months old when she made her screen debut in the 1949 musical In the Good Old Summertime, alongside her mother, in a film directed by her father. Evidence of her undoubted talent lies in her having won the Triple Crown of Acting – an Oscar, Emmy and Tony. One of her four husbands was Jack Haley Jr, son of the actor who played the Tinman in Judy Garland’s The Wizard of Oz (1939). Another was the gay Australian singer/musician Peter Allen who wrote and performed ‘I Go to Rio’ and ‘I Still Call Australia Home’.