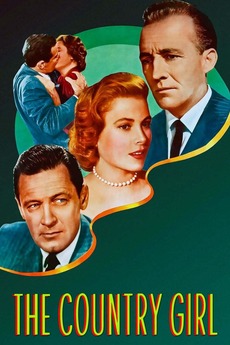 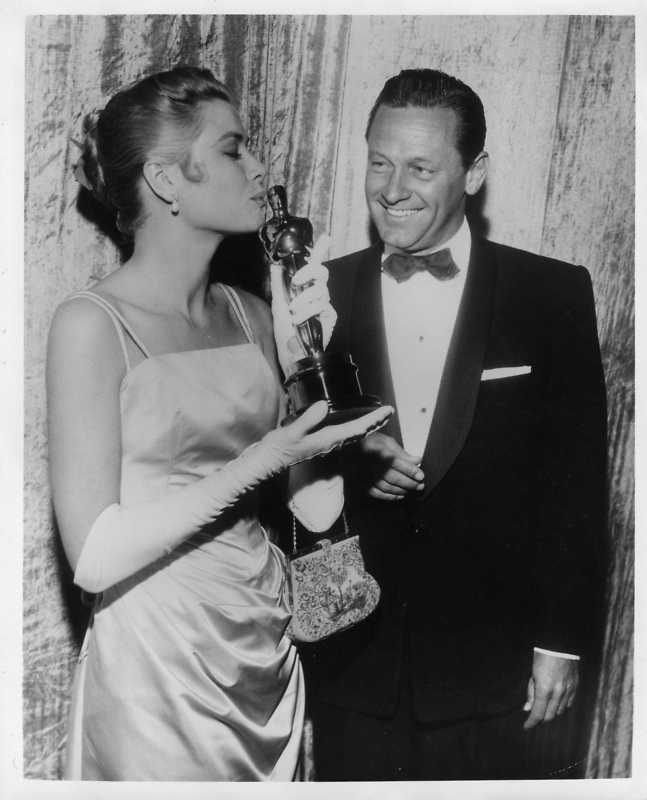 The Country Girl (1954) is a fine movie, featuring an outstanding performance from Bing Crosby and pretty good ones from Grace Kelly and William Holden. Grace collected an Oscar for her trouble, beating Judy Garland for A Star is Born by just 6 votes! Away from the set, the ever eager future Princess of Monaco managed to find her way into the beds of David Niven, Clark Gable, Holden and Crosby! Indeed, Bing actually proposed to her shortly after filming completed. She turned him down. Paramount was inundated with letters complaining about Crosby, by the way. He was a staunch Catholic and a great many fans did not approve of him playing a drunk in the movie. Nastassja Kinski was quite happy to pose for explicit full frontal nudity shots while filming Cat People (1982), but she changed her mind later and requested that they not be shown in the final print, even though she can often be seen naked throughout the second half of the picture! To the surprise of absolutely nobody, she and director Paul Schrader had an affair during the shoot. Filming was beset with problems, not the least of which was the director’s drug addiction. He later admitted that on at least one occasion he remained in his trailer for the entire day because he was stoned out of his head. 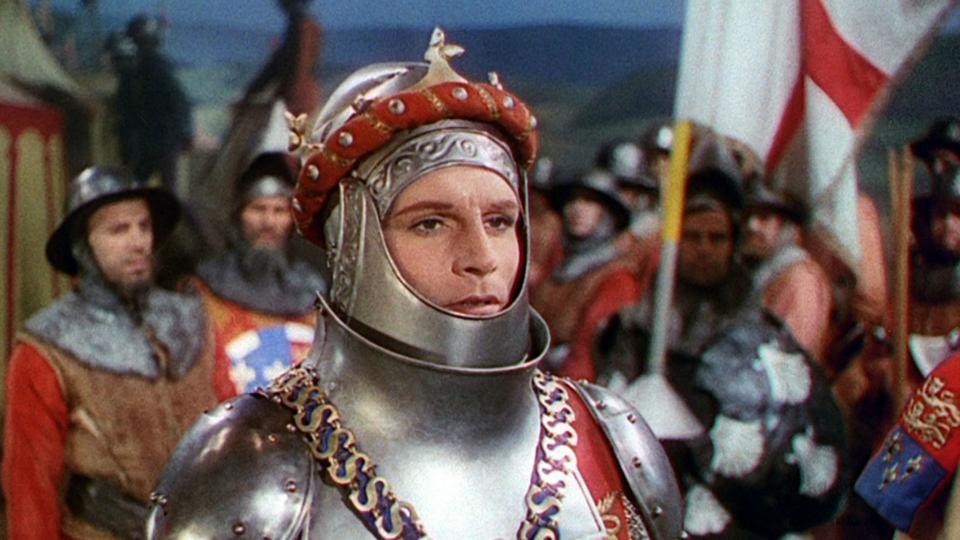 At times we forget that movies were being made all through the Second World War in Britain, even during the Blitz. Laurence Olivier’s Henry V (1944), (he both starred and directed), had to be shot in neutral Ireland for two very sound reasons. First, there were no Luftwaffe attacks on the Irish countryside; second, despite it being 1943, there were plenty of able-bodied young Irishmen available to fill the quotas for the battle scenes. Those who could supply their own horses were paid an additional pound sterling. Progress on the shoot was slow because Olivier was a meticulous director. One ten-minute battle scene took six weeks to film! 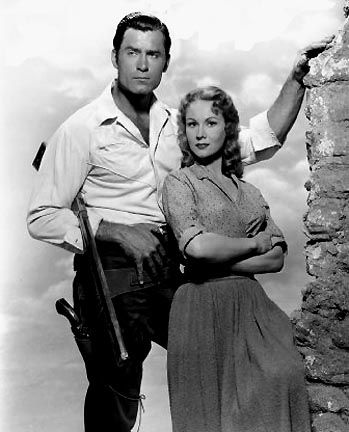 The lovely Virginia Mayo starred opposite Clint Walker (the star of TV’s Cheyenne) in the run-of-the-mill 1958 western Fort Dobbs. She admired Walker immensely. ‘He was the biggest man I ever saw’, she said later. ‘Like Burt Lancaster, he exercised a lot. Brian Keith was in the film with us, and Brian was always relaxing and drinking beer. Clint would be lifting logs or doing other physical things, while Brian was lying around taking it easy. Clint didn’t drink, smoke or swear. He was a nice, shy, clean-living individual’. Clint’s first marriage ended in divorce in 1968, his second with his wife’s demise and his third with his own death. Each union lasted 20 years. This gentle giant passed away in 2018 at the age of 90.

Andrew Prine played Deputy Sheriff Roscoe Bookbinder in the 1968 western Bandolero! In private life he married and divorced the same woman, (a predominantly television actress named Brenda Scott), three times, which is unique even for Hollywood. Their first two tries ended inside a year, the third one somehow stumbled along for five years. Even more unusual, the three marriages ran consecutively. His first marriage was to Sharon Farrell who would later star opposite Steve McQueen in The Reivers in 1969. They wed in 1962 and Prine had even less luck there; the union was annulled that same year.

European actress Bella Darvi lived at the home of Darryl F Zanuck and his wife Virginia when Darryl first brought her to Hollywood. She was soon sleeping with him and, in 1956, the couple moved to Paris. In spite of her husband’s absence and philandering, Virginia remained Mrs Zanuck until her death in 1982. Darryl gave his girlfriend the lead in Hell and High Water (1954) opposite Richard Widmark who couldn’t stand the woman. Character actor Gene Evans was instructed to help her with her dialogue after Widmark refused to do so. Bella rewarded Gene with a birthday present of silver pieces monogrammed ‘DFZ’. Only then did he realize she was Zanuck’s mistress. While Tom Cruise was away from London making Mission Impossible, director Stanley Kubrick had Nicole Kidman film the sex scenes for Eyes Wide Shut (1999). A male model named Gary Goba was brought in and the set was cleared of all personnel except Nicole, Goba and Kubrick who was to operate the camera. The two actors then stripped naked and Kubrick instructed them to simulate every possible sexual activity he could think of short of actual penetration. He had Nicole spread her legs for camera close-ups of her vagina; there was oral sex simulation, fondling and passionate kissing and embracing. And Kubrick kept on filming the couple – for six days. Eventually, he was forced to cease filming because Nicole was exhausted and in considerable pain. The continual humping and pumping had inflamed a cyst on her ovaries. She and Kubrick knew that scarcely any of the six days of filming would ever reach the screen, so why did it continue and why did she accept the situation? When Kubrick suddenly passed away, both Nicole and Tom wept on hearing the news. They flew to London for his funeral, Nicole inconsolably sobbing throughout the flight.

The final scene in the 1949 musical In the Good Old Summertime, the little girl shown with Judy Garland and Van Johnson is Judy’s real life daughter Liza Minnelli. Many years later Liza explained her unhappy facial expression in that scene. The wardrobe mistress had forgotten to give the toddler underpants. Consequently, when Van Johnson picked her up he had his cold hand on her bare bottom! The story, incidentally, would be re-made in 1998 as the Tom Hanks/Meg Ryan romantic comedy You’ve Got Mail. Back in 1940 it was titled The Shop Around the Corner and starred Jimmy Stewart and Margaret Sullavan. 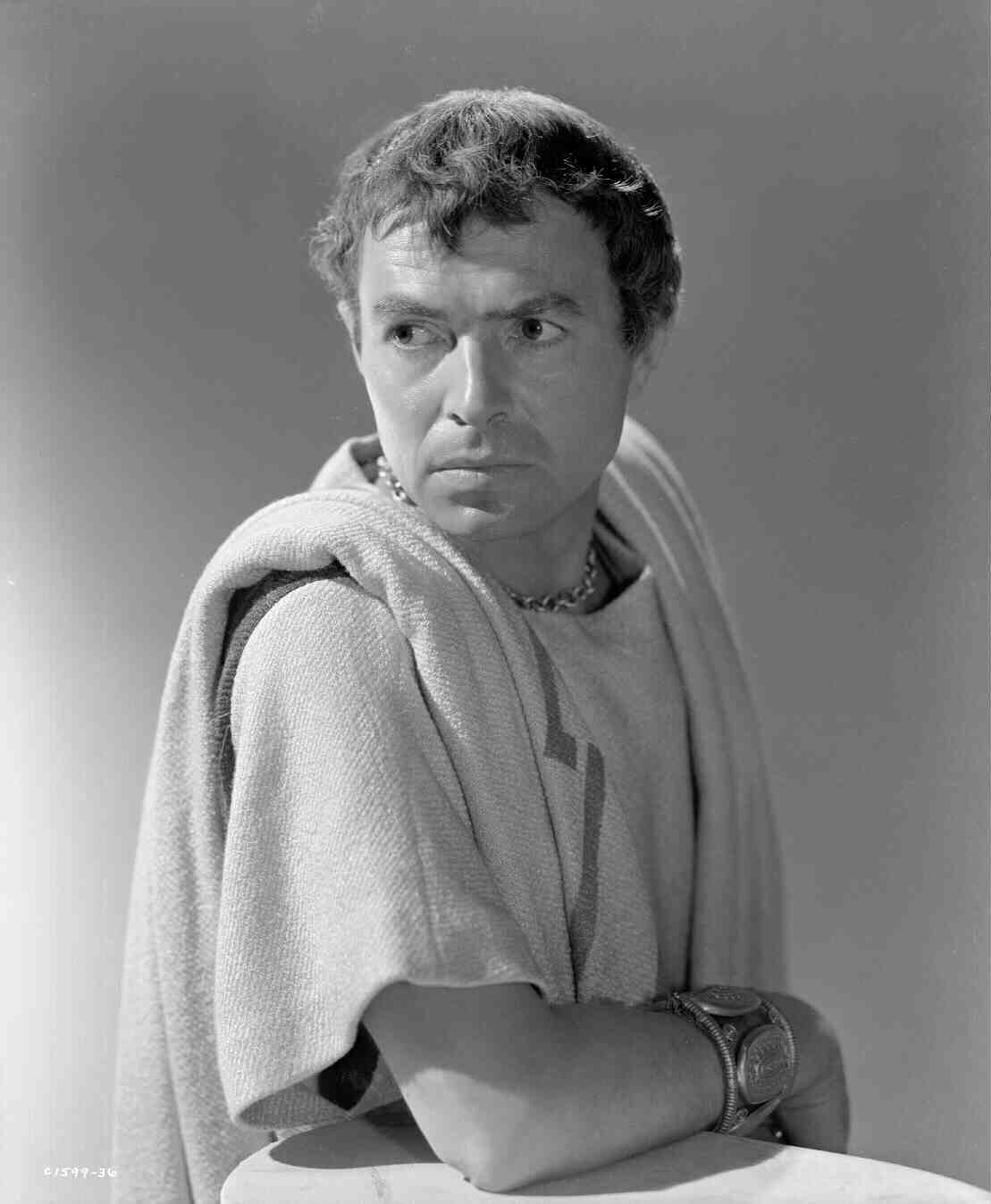 It was on the set of Julius Caesar (1953) that George Cukor offered the role of Norman Maine in A Star is Born (1954) to Marlon Brando and received this response: ‘Why would you come to me?’ Brando asked. ‘I’m in the prime of my life. If you’re looking around for some actor to play an alcoholic has-been, he’s sitting right over there.’ He then pointed to James Mason. Most big-name actors would not touch the part with a barge-pole. Mason accepted it. Brando’s comment was harsh and uncalled for. Mason was a great talent possessed of an extraordinarily mellifluous speaking voice. Interestingly, he refused to wear make-up. Mayo & Lancaster in The Flame and the Arrow

Virginia Mayo worked with both Burt Lancaster and Kirk Douglas at various times. She thought Douglas was ‘far too intense’ and much preferred Lancaster even though, at times, he was very rough with her. When they made The Flame and the Arrow (1950), she recalled having to kiss him in one scene. ‘We had a love scene and he was supposed to be angry at me. He grabbed and kissed me so violently that I thought I’d lost my teeth. My arms turned black and blue. I surely didn’t want to kiss him again.’ She was born Virginia Jones in St Louis, Missouri and was slightly cross-eyed, so cameramen had to be careful of this. For four years she played a straight woman to a performing horse act in vaudeville. The ‘horse’ was comprised of two comedians, the Mayo Brothers. She took her acting surname from them.