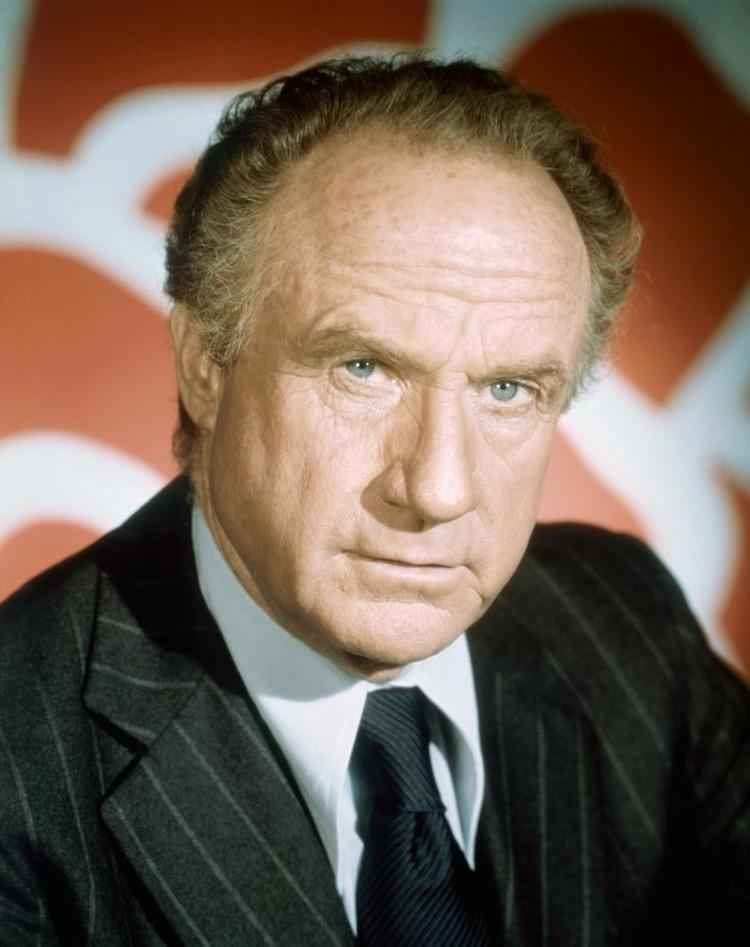 There have been numerous excellent American character actors, and Jack Warden was one of the best. Born in Newark, New Jersey to a German-Irish father and an Irish mother, he was expelled from high school at seventeen for repeatedly fighting. This led to him turning to professional boxing as a welterweight under the name ‘Johnny Costello’. Purses were poor, however, so he gained work as a night-club bouncer, then as a lifeguard, before signing on with the US Navy in 1938. He served in China with the Yangtze River Patrol for three years before joining the Merchant Marine in 1941. The pay was better than the Navy but he disliked the boredom of long convoy runs and quit in 1942 to enlist in the United States Army. 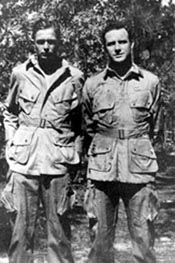 Jack eventually became a paratrooper with the 101st US Airborne. On the last night-time practice jump in England prior to D-Day, he badly broke his leg and injured his back when he landed on a fence. Consequently, he missed the D-Day invasion in which many of his comrades were killed. Whilst recuperating from his shattered leg, he was given a book to read by a fellow soldier who was an actor in civilian life and became hooked on the idea of trying out as a thespian after the war. But first he had to get back into the conflict. After seeing action in the Battle of the Bulge, he was eventually de-mobilized with the rank of sergeant and headed off to pursue an acting career on the G I Bill.

Warden joined the company of Theatre ’47 in Dallas, Texas, where he gained valuable grounding in classic and contemporary drama. He made his television debut in 1948 and his movie debut (along with Lee Marvin and Charles Bronson who was then known as Charles Buchinsky), in You’re in the Navy Now (1951). Better roles followed, among them stints in From Here to Eternity (1953), Twelve Angry Men (1957), Run Silent, Run Deep (1958), and The Asphalt Jungle (1961). In all, he racked up 164 movie and television credits before his death at eighty-five in 2006. 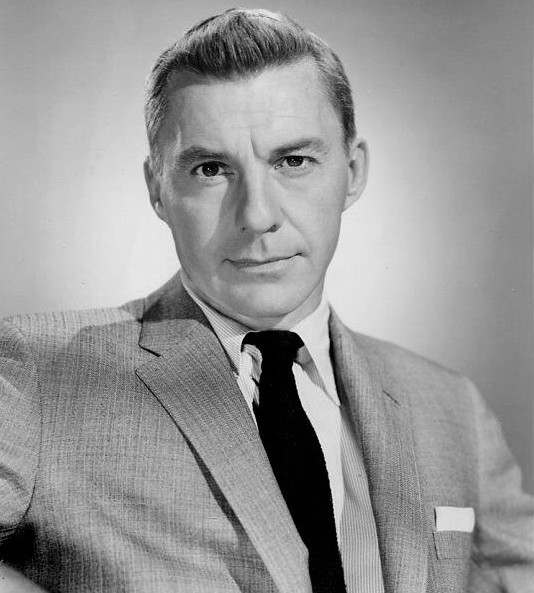 Although he was born in Traverse City, Michigan, it did not stop American actor David Wayne from volunteering as an ambulance driver with the British Army in North Africa when World War Two erupted. He had already been rejected by the American Army, but was determined to see action. Erroneously reported to have been killed in action when the Germans finally took Tobruk in North Africa, he managed to eventually get himself recruited by the US Army after his country entered the conflict and subsequently relaxed its recruiting standards.

With Marilyn Monroe in How to Marry a Millionaire (1953)

During a screen career that lasted a full fifty years, Wayne co-starred alongside most of Hollywood’s greats, usually as the bosom buddy of the star or as the good friend who often missed out on the girl. He made four pictures with Marilyn Monroe, the best of them undoubtedly being How to Marry a Millionaire (1953). David retired completely in 1993 after the death of his beloved wife of fifty-two years. In February 1995, he joined her in death when he proved unable to survive a lengthy battle with lung cancer.

Born Marion Morrison in Winterset, Iowa in 1907, John Wayne would become the most recognized American in history. Bar none. One explanation for him not serving in World War Two argues that he was classified 4-F because football injuries sustained in his youth would not enable him to run the distance required by military standards. He was thirty-four at the time of Pearl Harbor, anyway, and exempted from service on both an age basis and family status – classified as 3-A, family deferment. It is believed he repeatedly wrote to his friend, director John Ford, saying he wanted to enlist, even inquiring if he could get into Ford’s military unit. But then Wayne would keep postponing it until after ‘he finished just one or two pictures’. When his status was altered to 1-A (draft eligible) he did not question the re-classification, but Republic Pictures surely did. The studio was emphatically resistant to losing its only A-list actor. Herbert J. Yates, President of Republic, even threatened to hit Wayne with a lawsuit if he walked away from his contract. Ultimately, Republic intervened in the Selective Service process, requesting the actor’s further deferment.

Wayne in Australia during the war

Interestingly, the US National Archives records indicate that Wayne actually applied to serve in the Office of Strategic Services (OSS), precursor to today’s CIA, and had been accepted. OSS Commander William J. Donovan, wrote a letter informing the actor of his acceptance into the Field Photographic Unit, but it found its way to Wayne’s estranged wife Josephine’s home. She never told him about it. In 1943-4, for three months, he toured US bases and hospitals in the South Pacific with the USO. Many of those who knew him well were of the opinion that his failure to serve in the military was the most painful part of his life. Others were convinced that he kept putting off chances to enlist. Having struggled for years in Poverty Row productions, he was unwilling to risk his now successful career by running off to war. A third possibility, one that was also likely, was that the government figured he was more valuable to national morale playing heroes on the big screen. The truth undoubtedly lies in there somewhere. Cancer took him in 1979. Hailing from Joplin, Missouri, the actor who would gain worldwide recognition as Chester Goode/Proudfoot, Marshal Matt Dillon’s deputy in the long-running TV western series Gunsmoke (1955-64), was quite a talented track and field athlete at the University of Oklahoma prior to the outbreak of war in December ’41. In fact, the part American Indian (he was a registered Cherokee, as well as Osage) set records in several events. Not a lot is known about his war service, except that he was a pilot in the United States Navy, flying Vought F4U Corsair fighter aircraft off carriers in the Pacific. 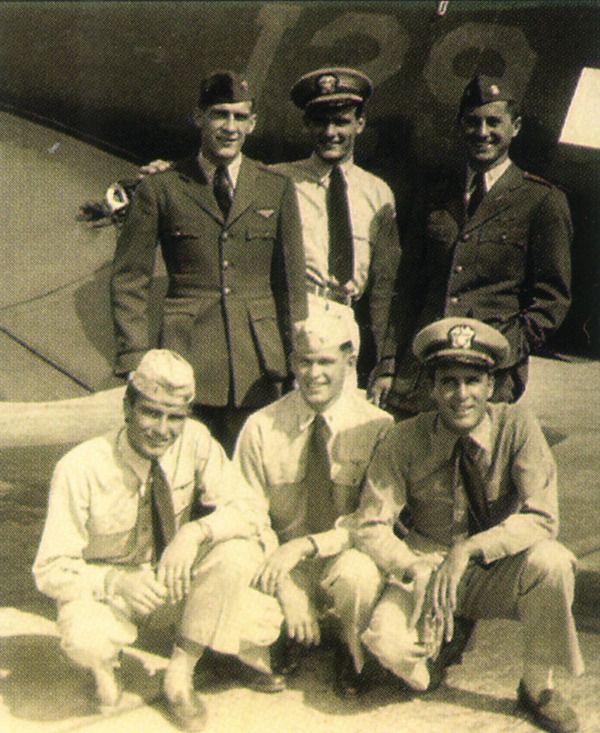 Weaver (centre back row) in US Navy

After the war he married Gerry Stowell, his childhood sweetheart, with whom he had three children. In 1948, under the name Billy D. Weaver, he tried out for that year’s US Olympic team in the decathlon. He finished a creditable sixth behind sensational seventeen year-old high school track star Bob Mathias. Despite winning the final event, the 1500 meter run, Dennis missed selection, as only the top three contestants were chosen. ‘I did so poorly [in the Olympic Trials]’, he commented later, ‘I decided to stay in New York and take up acting.’ In 2006, he died of complications from cancer on the very same day (and both aged 81) as comedian Don Knotts. Dennis was still married to Gerry at the time of his death, their union having completed its sixtieth year! His widow passed away a decade later at ninety.