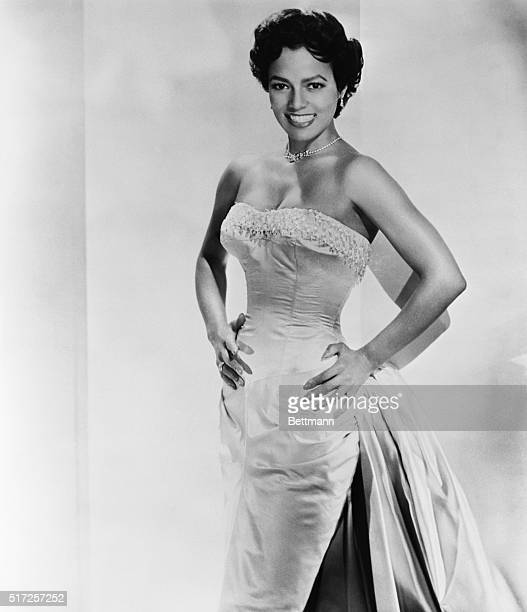 What happened to Dorothy Dandridge was one of the greatest wastes of beauty and talent in the history of the movies. She was gorgeous and she could sing up a storm. But she was black. And she was born twenty years too early. Born in Cleveland, Ohio in 1922, she first appeared on the screen, albeit briefly, in the Marx Brothers hit A Day at the Races (1937). She was just 15. Even at such a young age she was a standout, yet it took another three years before she bobbed up again, this time in a 1940 production called Four Shall Die. It was a nothing part but once again her beauty and talent were noticed.

The Dandridge Sisters (Dorothy in centre)

Roles came a little more frequently after 1940 and she even got to demonstrate her vocal ability in Atlantic City (1944) and Pillow to Post (1945). Her ability was unquestioned and these performances resulted in her headlining in some of the nation’s swankiest hotels and night clubs. Before long she was in demand in New York, Chicago, Miami and Vegas. In demand to sing, that is. Her color excluded her from actually staying in the establishments that hired her. Such was the red-neck attitude towards all African-Americans back then regardless of their talent or fame.

In 1954 she landed the title role in the movie version of Carmen Jones. It was an all-black production and she was superb. Good enough, in fact, to garner an Academy Award nomination that year. She was the first ever African-American woman to be nominated for Best Actress by the Academy. Hattie McDaniel had actually won an Oscar for Gone with the Wind back in 1939, but that was in a supporting role. Unfortunately for Dorothy, the statuette in 1954 went to Grace Kelly for The Country Girl, a win generally attributed to Grace’s preparedness to take on a dowdy character rather than her usual glamorous ones. That aside, the Academy members were not very likely to vote in any great numbers for a black woman. Not for several decades anyway. Significantly, despite an Oscar nomination, Dorothy had to wait another three years for her next movie offer, a dreadful Italian production called Tamango. Interestingly, she received $100,000 for the Italian production, the most money she ever received for a film role. The picture was banned in America anyway because it featured an interracial romance between Curd Jurgens and Dorothy. By the time it was eventually released in 1958 she had made the disappointing Island in the Sun (1957) with Harry Belafonte. Dorothy was paid $75,000 for her performance. This was the third time Dorothy and Harry had appeared together in a movie. The first time was in Bright Road (1953), which was Belafonte’s debut, the second being Carmen Jones.

with Harry Belafonte in Bright Road (1953)

‘Carmen Jones was the best break I’ve ever had’, Dorothy told an interviewer. ‘But no producer ever knocked on my door. There just aren’t that many parts for a black actress. If I were white, I could capture the world.’ And she may well have been right. She did, however, make the cover of Life magazine that year, the first black woman ever to do so. Singer Lena Horne had no doubt about her star status, describing her as ‘…our Marilyn Monroe.’ Best break or not, Dorothy paid a price for the privilege of playing Carmen. First of all, she was not allowed to sing in the picture! Neither was Belafonte. Both were dubbed. The producers wanted operatic voices. Eartha Kitt had been approached before Dorothy with the same condition. She refused. Dorothy didn’t.

An even higher price was exacted by the director Otto Preminger who used his position of authority to seduce her. He told Dorothy that having sex with him prior to acting a scene would make her ‘bloom’ before the camera. Whether or not she believed him, or simply went along to please her director, we don’t know, although it seems evident that she eventually fell in love with the man. The affair (Preminger was married) continued for three years until Dorothy fell pregnant. In March Otto convinced her to abort their baby, telling her that he would never divorce his wife to marry a black actress. It would be professional suicide. 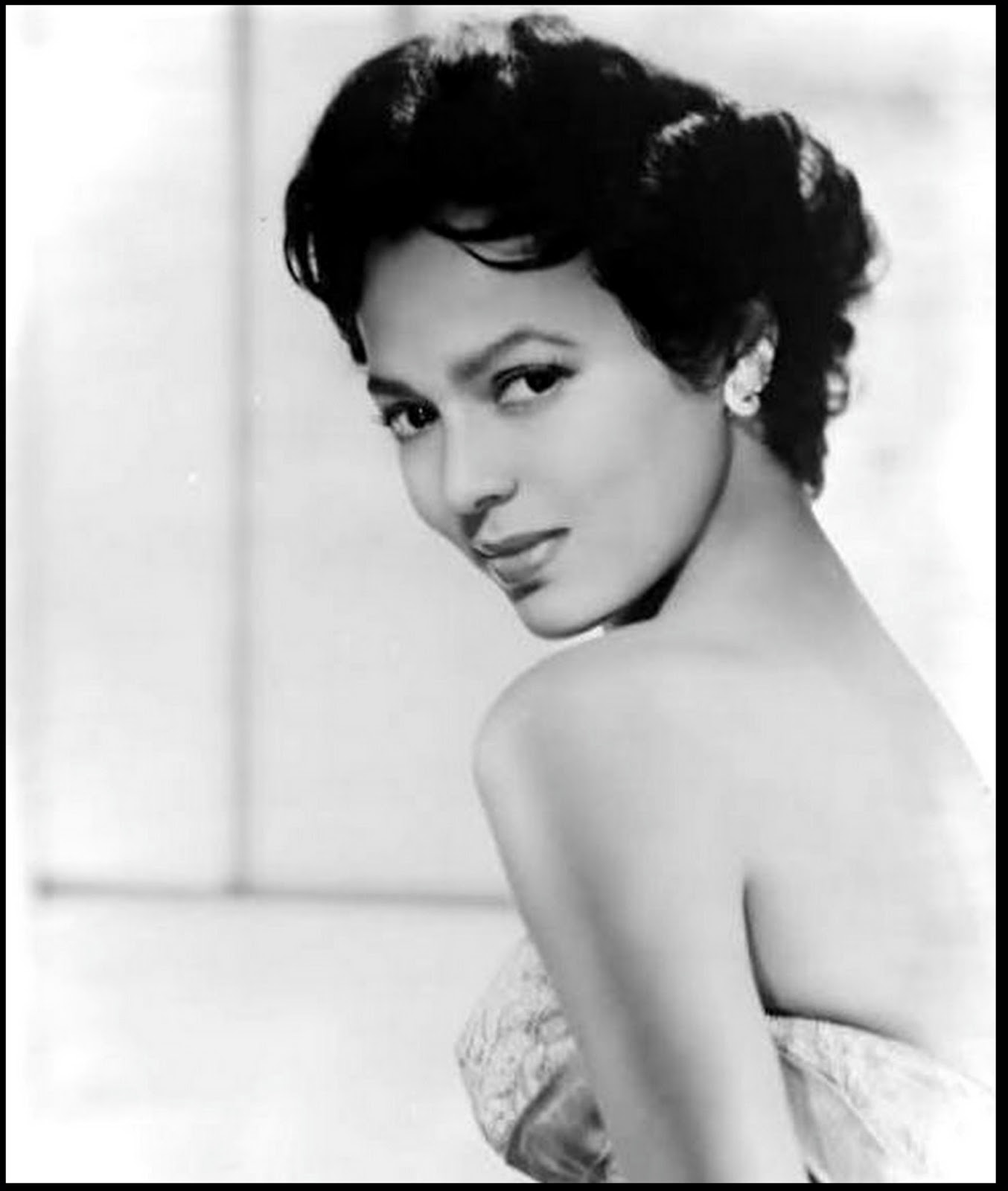 Dorothy liked men and they liked her back. She just happened to be a stunner as well. When she entered a room men stopped talking and gaped – men like Richard Burton and William Holden for example. She knew how sexually appealing she was to men of any color. ‘Ella Fitzgerald is one of the most talented people in the world’, she said to a friend, ‘and it embarrasses me that she cannot work the rooms that I work. She’s not sexy. The men in the audience don’t want to take her home and go to bed with her. Yet she’s up there singing her heart out for one third the money they’re paying me.’

Peter Lawford fell head over heels for her and the two embarked on a lengthy relationship prior to him marrying into the Kennedy family. His friends believe that Dorothy was the love of his life and they came within an ace one evening of going public with their romance. After discussing it at length, however, they both chose not to for the sake of their careers. Then they took separate cabs and attended a Cole Porter party separately. Lawford loved Dorothy a lot more than she loved him. At her funeral he was so overcome with grief that he was unable to deliver the eulogy. 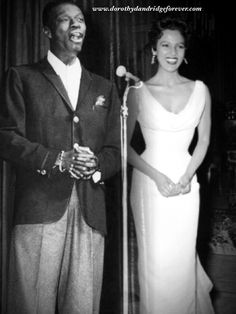 Later in her life Dorothy had an affair with singer Nat ‘King’ Cole. She was prescribed doses of Prozac for her depression, was bed-ridden with acute anemia, developed an alcohol and pills problem and attempted suicide three times! Her friends and family believed her health problems stemmed from her inability to improve or ease her daughter’s condition. She was also deathly afraid of her husband, Jack, and often lied about her financial situation to avoid being beaten by him. 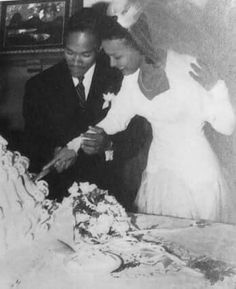 Dorothy’s first husband was a no account dancer named Harold Nicholas, one half of the Nicholas Brothers. He gave her a child, a daughter who suffered brain damage, then cheated on his young bride relentlessly until she divorced him in 1949. Dorothy spent every cent she earned taking care of her little girl, Lynn. But then she fell for a ‘fool-proof’ oil investment scheme that wiped her (and several other stars) out. Her second husband, Jack Denison, was an abusive, slimy individual who, even today, is suspected by most of her family as a possible candidate for Dorothy’s murder! The official cause of her death in 1965 has always been ‘accidental overdose of barbiturates’, but not everyone accepts that verdict. Her bank account at the time of her death contained $2.14!

Dorothy Dandridge had ‘it’. Quite possibly, had she been born white or, perhaps 20 years later, she might easily be remembered today as one of the truly great Hollywood stars of all time. Instead, she had to spend her life combating the unrelenting, often unspoken, prejudice that permeated the corridors of the entertainment industry. She wasn’t its first victim nor its last, but she was very probably its most worthy.