James Arness almost did not take the Marshal Matt Dillon role in Gunsmoke after people in the industry warned him that if it flopped it would probably end his film career. John Wayne, however, convinced him to accept it and even agreed to introduce the first episode. In the show’s astonishing twenty-year run, Arness was the only member of the cast to appear in every one of the 635 episodes! Throughout all that time he kissed only one woman. It happened in a 1973 episode titled: Matt’s Love Story, the actress concerned being the oddly named Michael Learned who played Olivia Walton in another successful series, The Waltons. 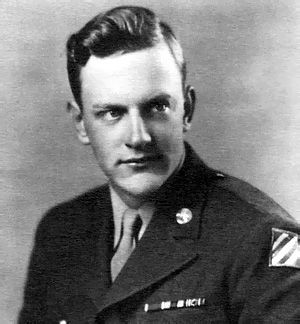 Back in 1943, Arness was a soldier serving in the US Army’s 3rd Infantry Division and participating in the landings at Anzio. Ten days after the invasion, he was severely wounded in the leg and foot by a burst of machine-gun fire. He lost part of his foot and earned an immediate medical discharge from the services. Any scenes in his movies, (or in Gunsmoke more than a decade later), that required any extensive walking had to be shot early in the morning, before his feet and knees started giving out. William Conrad voiced Marshal Dillon on the radio and was seriously considered for the TV role. So was the future Perry Mason, Raymond Burr, but ultimately both actors lost out to Arness because they were simply too fat! 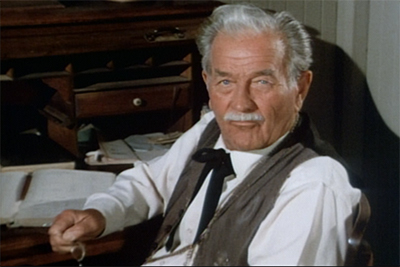 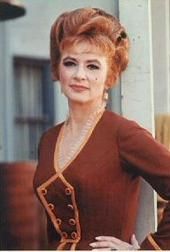 Milburn Stone (Doc Adams) also appeared in every one of the twenty years. However, he missed seven episodes when he suffered a heart attack in 1971 and was briefly replaced by Pat Hingle. Amanda Blake was chosen to portray Miss Kitty Russell. On the radio series Kitty was described as a madam for prostitutes, but in the TV series it was decided to make the show more ‘family-oriented’, so her character was transformed into a lady saloon owner. Fans waited in vain for two decades for her and Matt to become an ‘item’ but it was not to be. 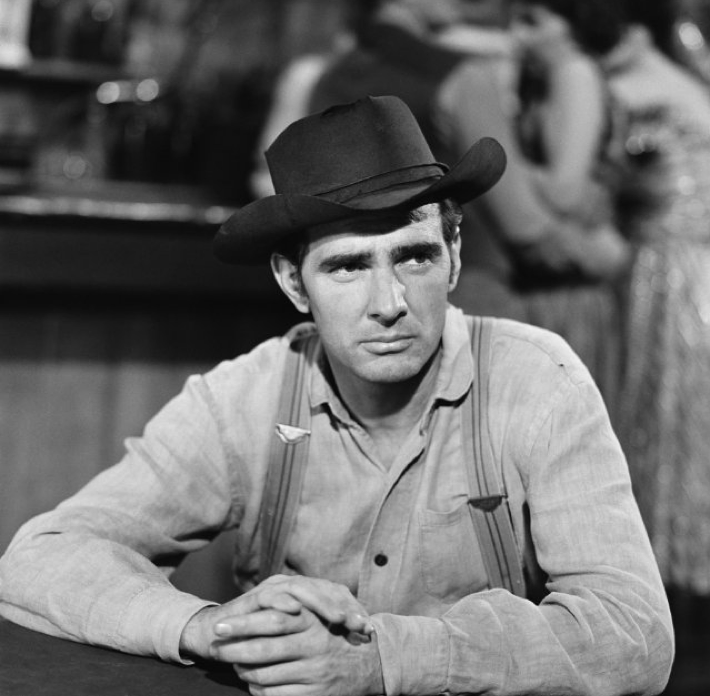 Dennis Weaver landed the role of Chester Goode even before CBS had nailed down a star to play Marshal Dillon. Weaver’s decision to give Chester a stiff-legged limp was one he later regretted. It required an enormous amount of effort on his part to maintain the limp through nine years and 290 episodes! His first audition for the role had not gone well, so he requested a second chance and added the limp and a country ‘hick’ accent which the studio embraced, and he was cast as Chester. Incidentally, Chester was never Marshal Dillon’s deputy, only his sidekick. When Ken Curtis came along as Festus Haggen, however, he eventually did become Matt’s deputy. 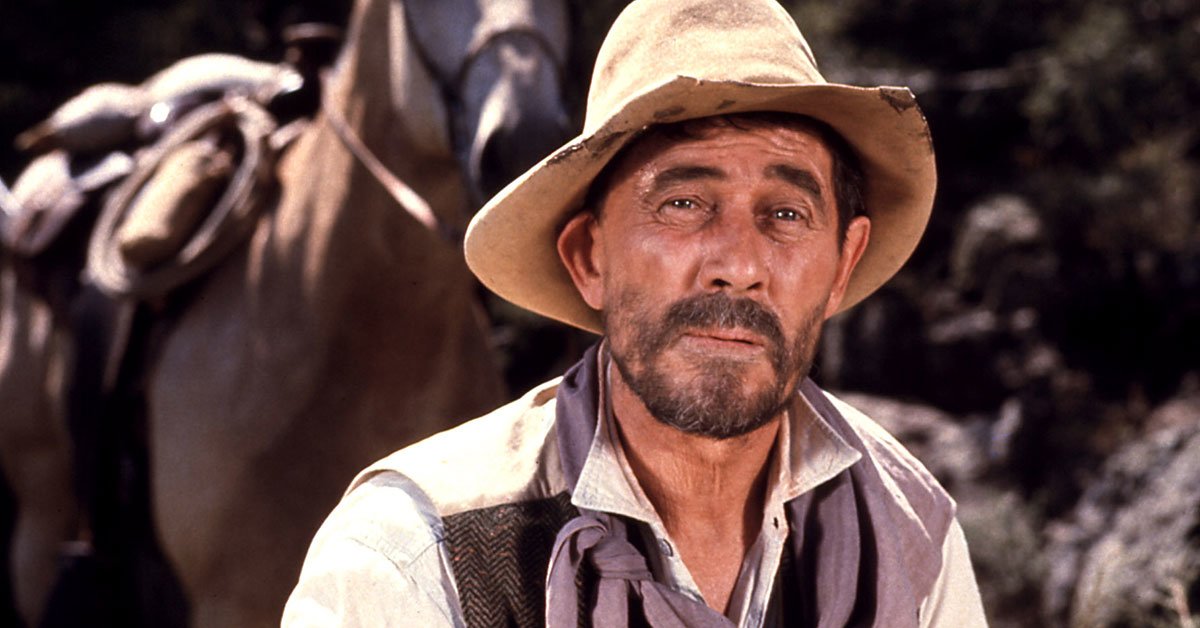 He was born Curtis Gates in Lamar, Colorado, and was a popular lead singer for the Sons of the Pioneers, including the time when they played Carnegie Hall. In 1941, he briefly replaced Frank Sinatra as the vocalist with the Tommy Dorsey Band when ‘Old Blue Eyes’ left to try his luck as a solo artist. It was at that time Gates changed his name to Ken Curtis. Columbia Pictures signed him up for a series of musical Westerns after hearing him sing ‘Tumbling Tumbleweeds’ on the Johnny Mercer Radio Show. Although he was in several John Ford films (and even married and divorced the man’s daughter), he will chiefly be remembered as Festus Haggen in Gunsmoke.

Gunsmoke was in grave danger of being cancelled way back in 1967, when it slipped out of the Top 30 Saturday night shows, but CBS President William Paley was a big fan of the series and moved it to the early Monday prime-time slot of 7.30pm. The residing CBS show at that time slot was Gilligan’s Island. It was axed to make room for Gunsmoke. The switch worked and the Western leapt to #4 in the ratings. Gunsmoke then went on to become the second-longest running prime-time series on American television behind The Simpsons. Along with The Life and Legend of Wyatt Earp (1955), it helped usher in the great era of the television Western. Indeed, by the end of the fifties, there would be as many as forty of them airing in prime-time.

This series has been aptly described as: ‘The adventures of a gentleman gunfighter for hire’. It starred Richard Boone as Paladin (his real name is never revealed), and the actor himself thought the series was ‘a ridiculous thing’. It was initially intended to be a ‘private investigator’ series, but westerns were the flavour of the day in the late fifties so…

Although Have Gun – Will Travel was filmed in black and white, it is interesting to note that Paladin’s trail clothes in early episodes were a rich midnight blue, which nicely complimented Richard Boone’s blue eyes. Of course, they registered as black on TV, so one wonders what the point of it all was, especially as Paladin was always referred to as ‘the man in black’. As if to demonstrate his self-image as a knight errant, his gun holster and business card bore the silhouette of a knight chess piece. And Paladin always carried a Derringer concealed under his belt, (which seemed a bit sneaky to me). Derringer, incidentally, is the miss-spelled name of the weapon’s inventor – Henry Deringer. 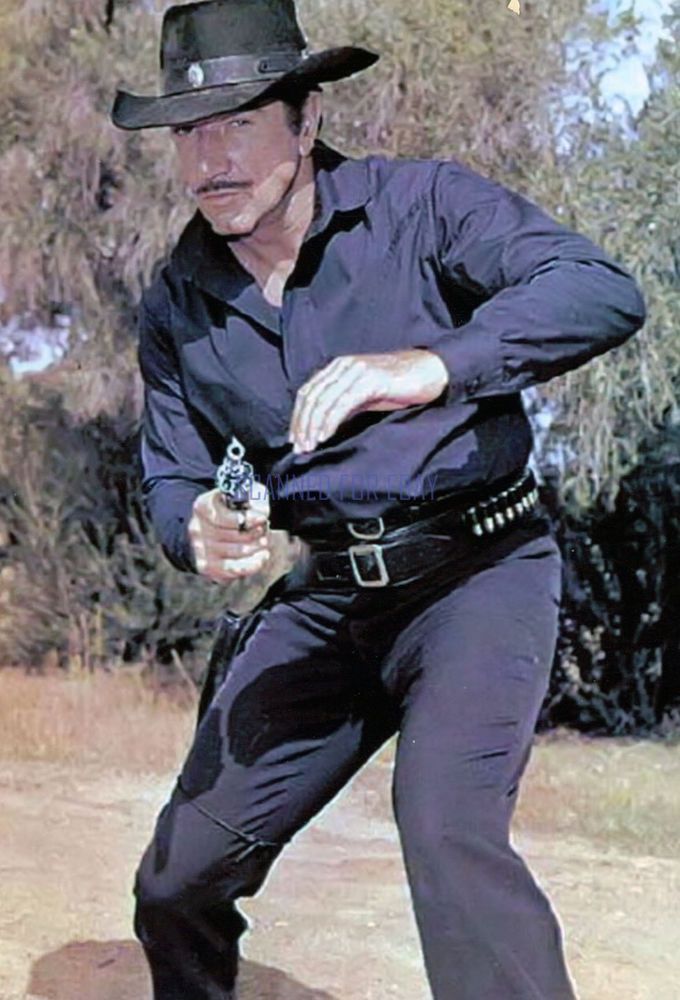 Richard Boone as Paladin in colour

Given Paladin’s many attributes, it is surprising that he even bothered to carry a concealed weapon. Throughout the series we learn that he is quite a pugilist, was once a duelling champion of some renown, was a graduate from the United States Military Academy at West Point and served as a Union cavalry officer in the American Civil War. But it doesn’t end there. He was also a great swordsman and skilled in Chinese martial arts. In several episodes he could be seen receiving Kung Fu instruction from a master in San Francisco. Oh yes, and he spoke several languages, was highly intelligent, an expert chess player and poker ‘mechanic’ – and he played the piano! His standard flat fee to help a rich client with a problem was $1,000. Needless to say, if a client was poor he never charged a fee at all.

In 1974, a rodeo performer named Victor De Costa won a federal court judgment against CBS for ‘trademark infringement’, successfully arguing that he had created the Paladin character, as well as the ideas used in the show, and that CBS had used them without his permission. In his rodeo work he always dressed in black, called himself the ‘Paladin’, handed out business cards bearing a chess piece logo and the phrase ‘Have Gun – Will Travel’, and he carried a concealed derringer! To cut a long story short, an appellate court overturned the lower court ruling a year later, but De Costa continued to pursue his legal options. Finally, in 1991, more than 30 years after his first lawsuit was originally filed, he was awarded more than $3 million. He died at the age of 83 – before he could receive the award!