Don was born to Lithuanian- Jewish parents in New York City and grew up in Jackson Heights. After graduating from Newtown High School he enlisted in the United States Navy at the age of seventeen. He served as a seaman first class aboard the motor torpedo boat tender USS Cyrene (AGP-13) from 1943 until he was honorably discharged in 1946 at war’s end. Two years later he enrolled at the American Academy of Dramatic Arts to study acting, but became frustrated over the dearth of opportunities. In desperation he turned to stand-up comedy, performing at clubs in New York City, Miami and Los Angeles. Before long he acquired a reputation as an ‘insult comedian’ because of his cutting retorts to hecklers, something he eventually incorporated into his act with outstanding effect. 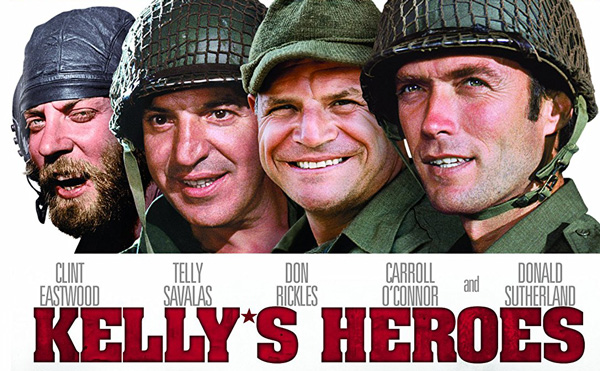 One evening in 1957, at Murray Franklin’s night club in Miami, he spotted Frank Sinatra and remarked, ‘I just saw your movie The Pride and the Passion and I want to tell you, the cannon’s acting was great.’ Then he famously added, ‘Make yourself at home, Frank. Hit somebody.’ To the surprise of most of the audience present, Frank laughed louder than anyone. In fact, Sinatra loved his act and encouraged his friends to see Don perform and get themselves insulted. Rickles was on his way. His agent, Jack Gilardi, was married to former Disney Mouseketeer Annette Funicello so Don soon found himself in the Beach Party film series alongside Annette and Frankie Avalon. In 1970, he appeared in Clint Eastwood’s hit film Kelly’s Heroes. He died of kidney failure in 2017, one month short of his 91st birthday.

The son of screen actor Jason Robards Senior, young Chicago-born Jason Junior grew up in Los Angeles where he was a star athlete at Hollywood High School, playing on the football, baseball and basketball teams, as well as excelling on the track team. He served in the United States Navy during World War Two and saw combat as a radioman 3rd class. Some biographers claimed he was present on December 7 at Pearl Harbor when the Japanese launched their surprise attack, but that is not true. His ship was at sea at the time about a hundred miles off Hawaii. Neither did he win a Navy Cross. His name does not appear in the Navy Cross recipient lists, despite a column penned by Hy Gardner in 1979, claiming he had won the Navy’s highest award for bravery. Robards himself never claimed any such thing. He, nevertheless, saw more than his share of action throughout the conflict.

Robards as Ben Bradlee in All the President’s Men (1976)

He was a radioman aboard the USS Northampton north of Guadalcanal, participating in the Battle of the Santa Cruz Islands, when the vessel was sunk by Japanese torpedoes in the Battle of Tassafaronga on the night of November 30, 1942. Twenty year-old Robards trod water until rescued at daybreak by an American destroyer. Two years later, in November 1944, he was a radioman aboard the light cruiser USS Nashville (flagship for the invasion of Mindoro in the northern Philippines), when he was fortunate to survive a kamikaze attack off Negros Island. The Japanese aircraft hit one of the port five inch gun mounts, and its two bombs set ablaze the midsection of the vessel. There were 223 casualties and massive damage, the Nashville limping into Pearl and then on to Washington for repairs. Robards left the Navy in 1946 with the rank of Petty Officer first class.

After the war he took up acting, much preferring the theatre to film work, however. In fact, although he dabbled in TV work to make enough money to allow him the luxury of lengthy stints on the stage, he did not make a movie until he was thirty-seven years old. He always felt that his father had ‘sold out’ when he quit the theatre for Hollywood and movie-acting. Even so, in 1988, the younger Robards became only the eleventh performer to win the Triple Crown of acting – an Oscar, a Tony and an Emmy. He also picked up consecutive Supporting Actor Oscars, the first for All the President’s Men (1976) and the second for Julia the following year. During his life he sired six children from his four marriages, but his personal and family life were seriously affected by his alcoholism. Indeed, a drunken-driving accident in 1972 very nearly killed him. To his great credit he went on to overcome his addiction and to publicly campaign for alcoholism awareness. In the end it was lung cancer that finished what the Japanese were unable to do. He passed away in 2000 at the age of 78.

A native of La Jolla, (now in San Diego), California, Cliff Robertson joined the Merchant Marine when he turned eighteen in September 1941, a month or so before Pearl Harbor. His family mistakenly believed he had been killed in the Japanese attack on December 7. In fact, he was aboard a merchantman somewhere in the South Pacific that day. After his release from the merchant marine he studied at Antioch College in Yellow Springs, Ohio, but dropped out and enrolled in the Actors Studio, New York City.

He was the first to admit that he made a lot of ‘junk’, and his career was going nowhere, until President John F. Kennedy personally picked him to portray him in Pt 109 (1963), a bio-pic based on JFK’s wartime experiences as a PT boat commander in the US Navy in the Pacific during WW2. The physical resemblance between Robertson and the president was quite marked. After the picture’s success, Cliff started to land better roles, culminating in his Oscar-winning performance in Charly (1968). His career seemed bound for the heights until he exposed a major studio fraud in the 1970s. It led to the downfall of powerful Columbia Pictures President David Begelman, but the man was soon hired to run MGM, whereas Robertson was no longer trusted by the hierarchy in Hollywood. Quality opportunities all but dried up. ‘People told me I set a dangerous precedent’, the actor admitted later. ‘My ex-wife said that if I had played the game I would have owned the town, but I was always too independent.’ It would be accurate to say that his career stalled and never really reached the heights it might have. 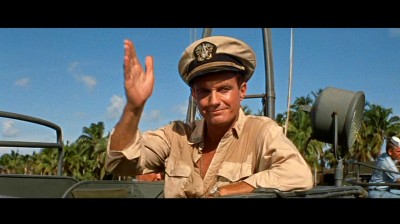 It is interesting to note that Robertson became a tiny part of the most tragic day in the history of the United States. On the fateful morning of September 11 in 2001, he was actually piloting a private Beechcraft Baron over New York City and climbing through 7,500 feet when the first Boeing 767 struck the World Trade Center. He was immediately instructed by air traffic control to land at the nearest airport. Cliff Robertson died from natural causes one day after his 88th birthday. Coincidentally, it was also one day before the tenth anniversary of 9/11.