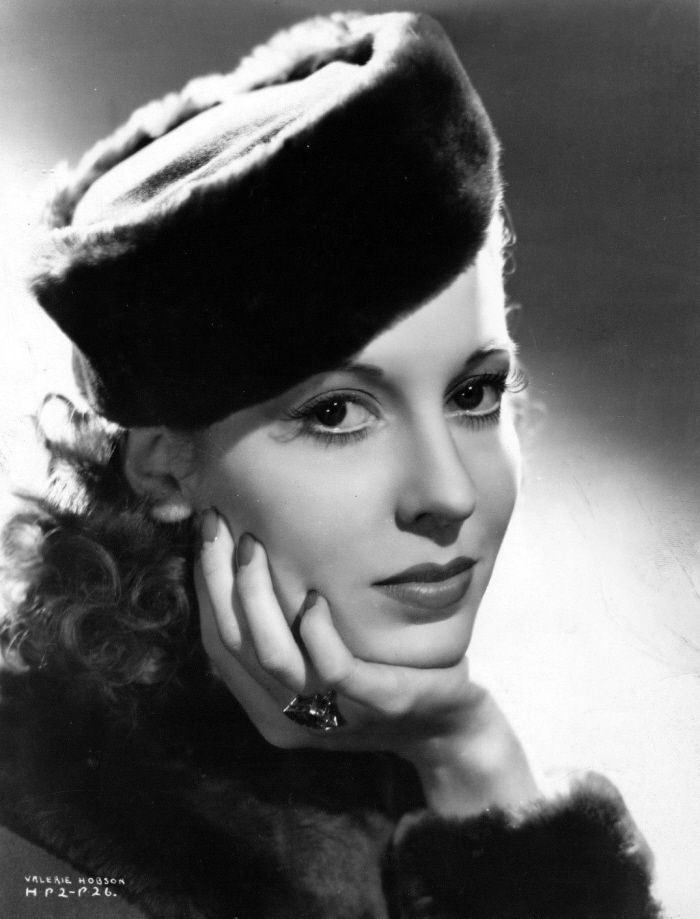 Valerie was the quintessential English screen actress, despite the fact she was born in Northern Ireland. The year was 1917. In 1939, at the age of 21, she married producer Anthony Havelock-Allan, the heir to the Baronetcy of Lucknow and a man fourteen years her senior. She appeared in several of his films over the thirteen years they were husband and wife. Their union produced two children before ending in divorce. In 1944, their family doctor had the onerous task of informing Valerie and Anthony that their son Simon suffered from Down’s syndrome. According to Anthony, his wife said nothing ‘before letting out a cry I will never, ever forget.’ She barely spoke for a year. The boy went to live in a home for children with learning disabilities. Valerie visited him every fortnight until his death in 1991, but the tragic event seriously affected the marriage. Both husband and wife began taking lovers.

The now Sir Anthony had affairs with American actress Grace Kelly (before she became Princess Grace of Monaco), and with British actress Kay Kendall who would later wed Rex Harrison. Valerie’s wealthy lovers included a Marquess, a leading member of the Sainsbury grocery family, and John Profumo whom she met in 1947 whilst she was still wed to Sir Anthony. In fact, in 1950, she and her estranged husband met for what they expected to be one final tryst. ‘It was a hot summer afternoon and we made love’, wrote Sir Anthony. Their second son Mark was born about nine months later. The following year the divorce became final.

The fifth Baron Profumo was a Harrow-educated war hero and a multi-millionaire whose family owned the Provident Life Insurance Company. Valerie, on the other hand, hailed from a family that always struggled to make ends meet, due in no small part to the addiction to alcohol and gambling of her penniless father, a former Royal Navy captain. She was determined to take steps to improve her social and monetary position through her acting and by marrying wisely. Her greatest acting success was playing Estella in the 1946 version of Great Expectations, but she also graced Kind Hearts and Coronets (1949) opposite Alec Guinness and Stewart Granger. She and Profumo tied the knot in 1954 and their own son David arrived in 1955. By then ‘Jack’ was already cheating on Valerie.

With her husband John Profumo

In 1963, their world came crashing down when the Profumos found themselves at the centre of one of the greatest political scandals in British history. Her cabinet minister husband was named as 19 year-old call-girl Christine Keeler’s lover. The sex and espionage scandal that ensued threatened to topple the Conservative government of the day. Valerie had known about Keeler (and others) for some time, having caught her husband out several times. When he finally confessed to her about Keeler in May 1963, she contacted Sir Anthony and made him a proposition. ‘If you will agree to remarry me, I will leave Jack and divorce him’, was her astonishing proposal. Sir Anthony turned her down. ‘If you walk out’, he told her, ‘it won’t give you any credit and people will think it is rather a betrayal – but if you stick by him, people will say what a wonderful woman.’ 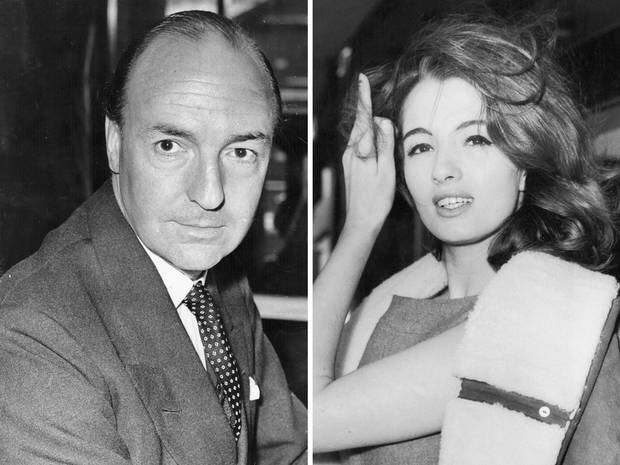 Amid the crisis and media bloodbath surrounding the scandal, Valerie publicly gave up her acting career ‘to stand by her husband’, thus earning the respect and admiration of men and women the world over. Jack still had girlfriends and Valerie still visited Sir Anthony (by then in his seventies), occasionally for emotional release, even though he was himself involved with a wealthy woman at the time. Meanwhile, the Profumos kept up their charade of togetherness, even receiving invitations to dine with the Queen Mother once in a while and with Randolph Churchill occasionally as well. In 1975, Profumo received a CBE for his services to charity. In a letter to David towards the end of her life, Valerie wrote, ‘People say you cannot truly love two men. But you can – and I have.’ Right up to the time of her death in 1998, newspapers continued to portray her as the epitome of a loyal Tory wife devoted to her husband despite his fall from grace. 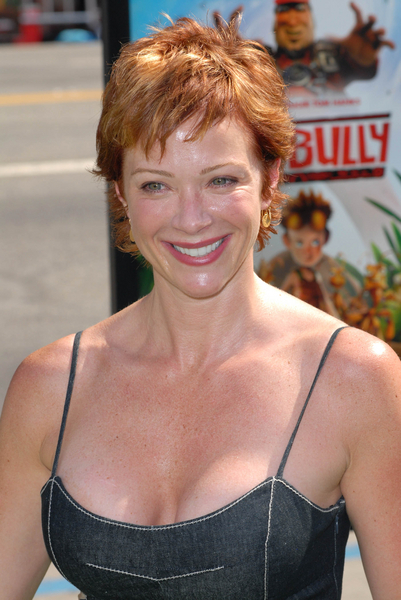 Lauren Holly was born in Bristol, Pennsylvania in 1963 and got her first big career break when chosen to play small-town Deputy Sheriff Maxine Stewart opposite Tom Skerritt on CBS’s Picket Fences in 1992, a series that ran for four seasons. Her breakthrough motion picture performance came when she was teamed with Jim Carrey and Jeff Daniels in the monumentally over-rated box-office smash Dumb and Dumber (1994). Lauren and Carrey were in a relationship for nearly two years before marrying in 1996. It didn’t last. Her husband’s seemingly uncontrollable urge to sleep with his co-stars brought the marriage crashing down after just twelve months.

Carrey was Lauren’s second husband. Back in 1990, she met Danny Quinn at college, dated him for a year or so, and tied the knot in 1991. The couple separated after two years and neither has ever spoken about the reason for the break-up. Lauren and actor Edward Burns were an item for a while (1997-8) before going their separate ways. In 1999, she was invited out on a blind date and met the man who would ultimately become her third husband. Francis Greco, an investment banker, proposed after eleven months and was accepted. Lauren’s ‘encounter’ with actor James Woods in 2000 did not affect the intended nuptials, although it is not known if this occurred before or after Francis proposed. Actress Amanda Peet was maid of honour at the 2001 wedding. The union proved to be a happy and lengthy one until it also ended in divorce after thirteen years. During that time the couple adopted three sons. These days Lauren lives in Ontario, Canada with her boys. She has been a Canadian citizen since 2008 and now holds dual US/Canadian citizenship.