Norfolk-born John Mills enjoyed one of the most outstanding film careers of all British actors and was greatly admired by all who knew him. He was over thirty years of age and acting at the Old Vic when war broke out in September 1939. He unhesitatingly joined the British Army in the Royal Engineers. In 1941, he divorced his first wife and wed his second, Mary Bell. He was serving in the Army at the time so there was no church service, something the couple would address sixty years later in 2001. Between his 1939 enlistment and 1942 Mills was fortunate to be given permission to appear in several films whenever he happened to be sent on leave. The most significant of these was Noel Coward’s iconic In Which We Serve (1942). The picture saw Mills critically acclaimed for his portrayal of an able seaman, but that same year, to his disappointment, he was invalided out of the Army after being diagnosed with a duodenal ulcer, having never seen any action.

Mills in his Oscar-winnng role in Ryan’s Daughter (1970)

In his entire cinematic output he would portray soldiers, usually officers, in no fewer than thirty-one movies, nearly one third of his screen appearances, and more than any other leading actor. Ironically, his solitary Oscar would come for his portrayal, not of a military type, but of a brain-damaged mute in Ryan’s Daughter (1970), a role that did not require him to speak a single word. Mills was awarded a CBE in 1960 and became Sir John Mills in 1976. He lived to the ripe old age of 97 although his eyesight had all but gone completely at 92. His death, in 2005, came after he suffered a stroke. 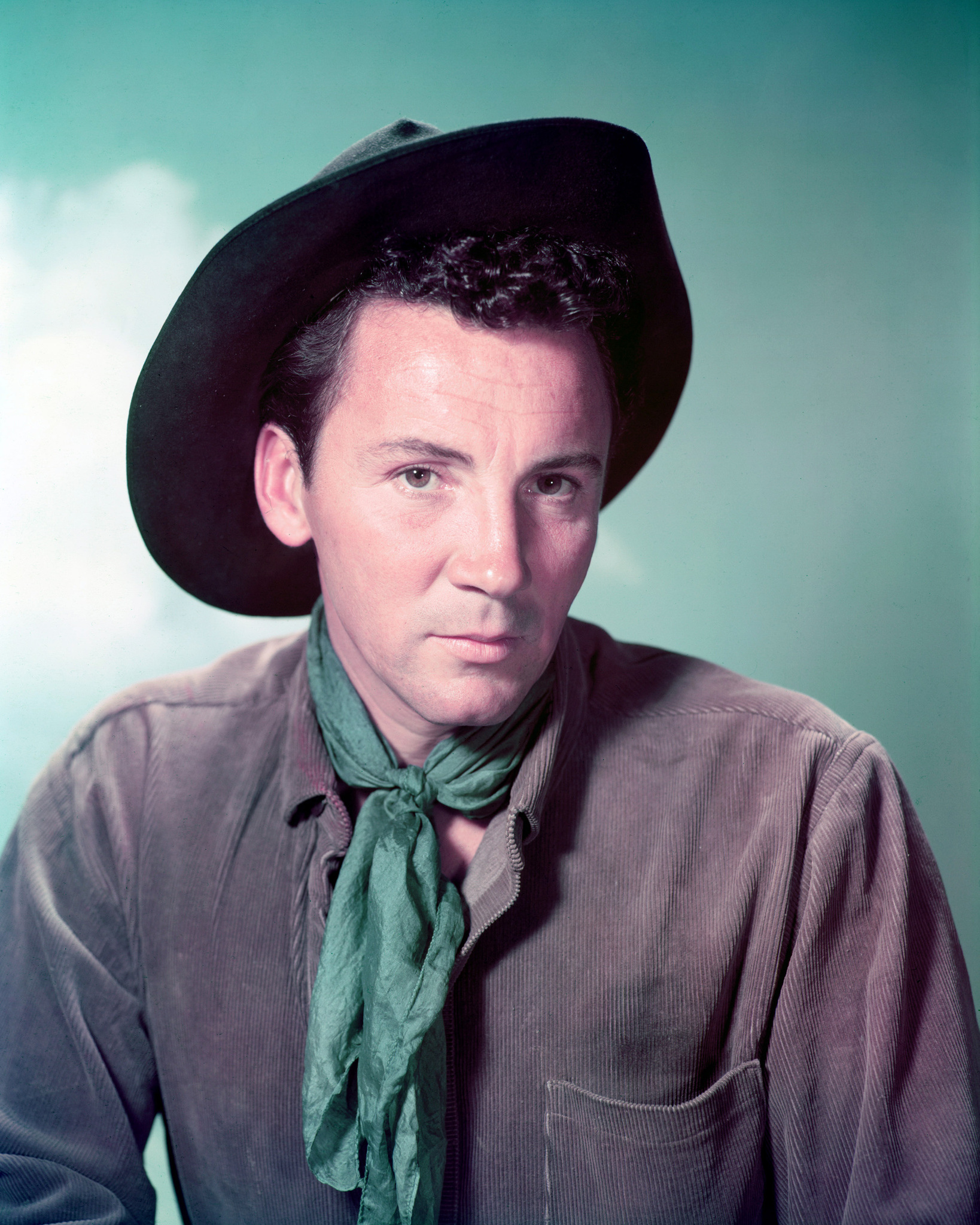 He was born Cameron Mitzel in Dallastown, Pennsylvania and, as his surname indicated, was from a family with German roots. In the late thirties while at the National Theatre Company, actress Lynne Fontanne and young actor Alfred Lunt convinced the twenty-year old Cameron to change his surname to Mitchell. Mitzel, they said, sounded ‘too much like the Hun’. Not a great deal is known about his war service, other than that he enlisted in the United States Army Air Force (USAAF) in 1943, was trained as a bombardier and finished the war as a 2nd Lieutenant. His film career began with minor roles in 1945 after his enlistment was up, but he achieved considerable success in films such as Love Me or Leave Me (1955), Desiree (1954), Death of a Salesman (1951), Carousel (1956) and How to Marry a Millionaire (1953), starring opposite some of Hollywood’s greatest actors and actresses. From 1967-71 he was known to TV fans for his portrayal of Buck Cannon in the popular western series The High Chaparral. A lifelong heavy smoker, he succumbed to lung cancer at the age of 75. 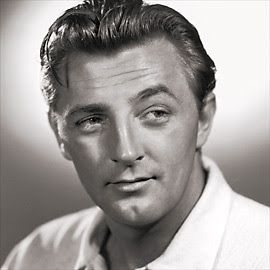 Bob Mitchum had a draft deferment for most of the war, partly because he was working at the Lockheed aircraft plant in California, but also because he was a married man with two children. It took until March ’45 for the draft to finally catch up with him. He had just completed The Story of G.I. Joe (1945), for which he would be nominated for a Best Supporting Oscar, so he did not reach Camp Roberts, California until April, where he underwent basic training. He spent the rest of the war at Camp MacArthur as a drill instructor and medical assistant.  When asked about his duties as a medical assistant on a TV talk show, he laughingly referred to himself as a ‘rectal inspector’. It was his duty, he informed a Rolling Stone reporter, ‘to look up the asshole of every GI in America.’ As part of an induction department, it was also his job to check recruits’ genitals for venereal disease. ‘I was a pecker checker’, said Mitchum who finished the war as a Private First Class. He had no illusions regarding how his career evolved. ‘I came back from the war’, he said, ‘and ugly heroes were in.’ 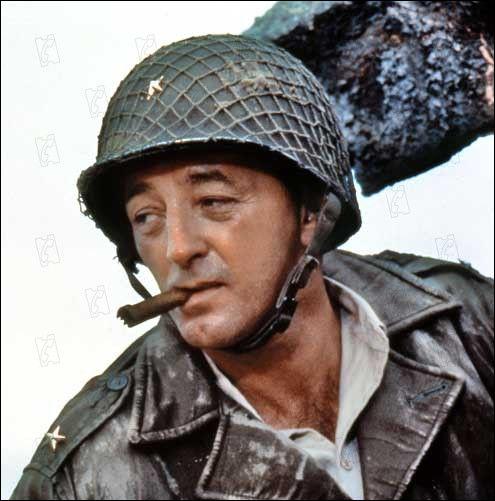 He maintained a façade of indifference to acting throughout most of his life, insisting that he made movies for three reasons and three reasons only – ‘to get laid, to score some pot and to make money’. However, the extraordinary quality of his work (at times) demonstrated his enormous ability and a determination (when he felt like it) to excel at his craft. In his personal life he was also an enigma. There were numerous affairs, many of them conducted with the full knowledge of his wife Dorothy, (they met when they were in their teens), yet the couple remained husband and wife for 57 years, until his death from lung cancer in 1997. Interestingly, President Dwight Eisenhower refused to screen any of his movies in the White House. Ever. Why? Because of Mitchum’s conviction for smoking marijuana in 1949. 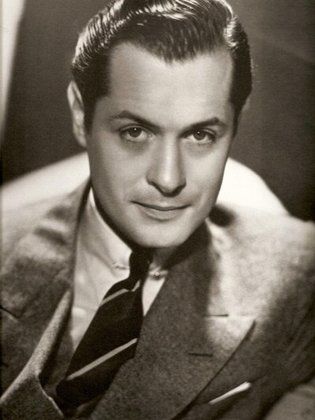 Bob Montgomery was in England playing Lord Peter Wimsey in a movie called Haunted Honeymoon (1940) when war between Britain and Germany was declared. On his return to America he quit Hollywood and went to Paris to be trained in ambulance duty for the American Field Service. For six months he drove an ambulance there. Before that he helped create the Screen Actors Guild and exposed labor racketeering in the movie industry.

In 1941, he gained a commission in the Navy, his first assignment being as an assistant naval attaché in the American Embassy in London running the naval operations room. On America’s entry into the war he returned to Washington to perform the same duties there. Later, he commanded PT boats in the South Pacific, saw action at Guadalcanal and in the Marshall Islands, was made a Lieutenant-Commander, contracted malaria and lost 22 pounds in weight. Assigned to an Atlantic Fleet destroyer, he also took part in the Normandy invasion where he was one of the first men to enter Cherbourg harbor and was awarded a Bronze Star. Shortly after that he was released back to the US to star in Hollywood’s version of They Were Expendable (1945). 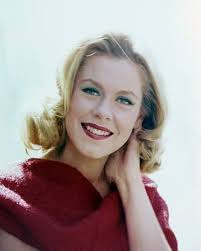 A staunch Republican, he was a friendly witness before the House Un-American Activities Committee (HUAC) in 1947 at the time when Senator Joseph McCarthy was running amok. During his acting career Montgomery was twice nominated for a Best Actor Oscar, first for Night Must Fall (1937), then for Here Comes Mr. Jordan (1941). He missed out on both occasions. Married twice during his life, his second union (to actress Elizabeth Allen – 1928-1950), produced three children. One of them, Elizabeth Montgomery, went on to gain a massive following as Samantha in the Bewitched television series that ran from 1964 through to 1974. In September 1981 he became yet another victim to cancer. He was 77. Sadly, his daughter Elizabeth would also die from cancer fourteen years later at the age of 62.