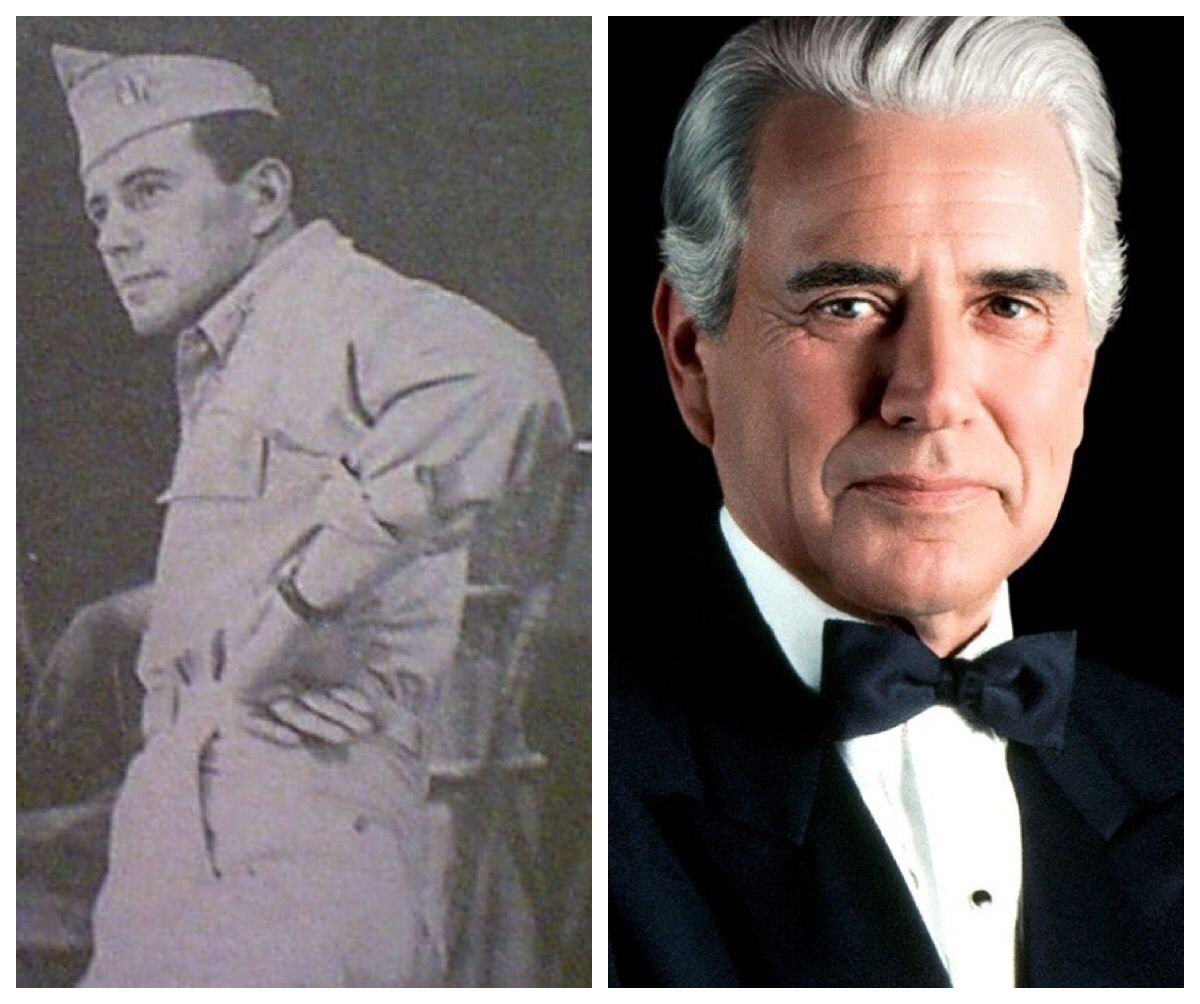 Forsythe had just completed Destination Tokyo (1943), in which he had a minor role, when he decided to enlist in the United States Army Air Corps at the age of 25. He appeared in the Corps’ play and film titled Winged Victory, but for most of the remainder of the war he worked with injured soldiers who had developed speech problems. Television fans know him as patriarch Blake Carrington in the eighties series Dynasty. Forsythe lived into his 92nd year before dying from pneumonia in 2010. 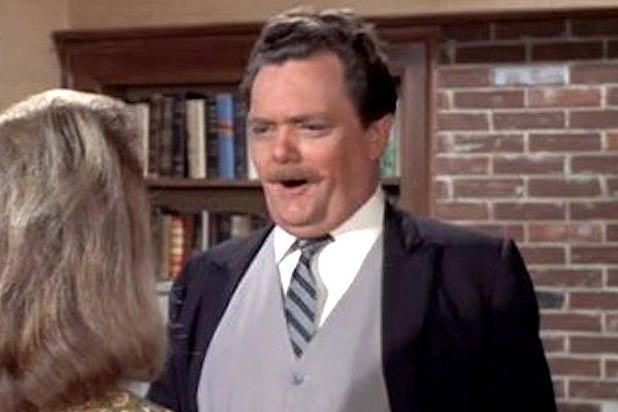 Despite making a career out of playing the quintessential Englishman on TV and in movies, Fox was actually a Welshman, born in Port Talbot, Glamorgan in 1927. He portrayed lookout Frederick Fleet in the 1958 drama about the sinking of RMS Titanic titled A Night to Remember, then buttered up again 39 years later as Colonel Archibald Gracie in James Cameron’s Titanic (1997). In The Mummy (1999) he was delightful as the aged former Royal Flying Corps airman Winston Havelock, while from 1967-72 he frequently popped up on TV as Dr. Bombay in Bewitched. During WW2 he served for two years aboard a minesweeper in the Royal Navy and served again during the Korean War. Heart failure claimed him at 89 in 2016.

Kay hailed from Oklahoma City and was a huge star of the silver screen in the thirties. With the start of World War Two, she eagerly joined the war effort doing volunteer work including extensive war-zone touring. In 1942, she joined Hollywood performers Carole Landis, Martha Raye and the lesser-known Mitzi Mayfair on a USO tour of England and Africa to entertain American and British troops stationed there. The foursome’s experiences on that lengthy tour were chronicled in a book attributed to Carole titled Four Jills in a Jeep, and this was later made into a movie of the same name. When she died from cancer in 1968, aged 63, she left over a million dollars to Seeing Eye Inc., for the training of dogs to aid the blind. ‘A dog has kindliness in his heart’, she said, ‘and dignity in his demeanor. The finest qualities anyone can have.’ 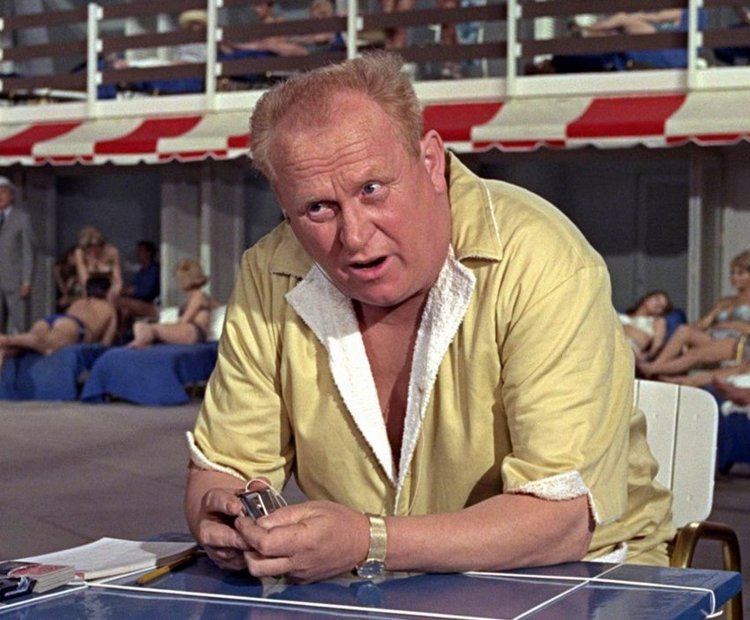 Fans of the 1964 James Bond film Goldfinger will immediately recall the name Gert Frobe. He played the title role. A year after the movie’s release it was revealed that the German-born actor had been a member of the Nazi Party in Germany from 1929 until 1937. Consequently, for several months, Goldfinger was banned from screens in Israel. But then a Jewish man named Mario Blumenau informed the Israeli Embassy in Vienna that Frobe had, in fact, once hidden his mother from the Nazis during the German occupation and probably saved her life. He had also risked his life helping two other Jews out of Nazi Germany. A tall but portly man, he succumbed to a heart attack in Munich, West Germany in 1988. He was 75. 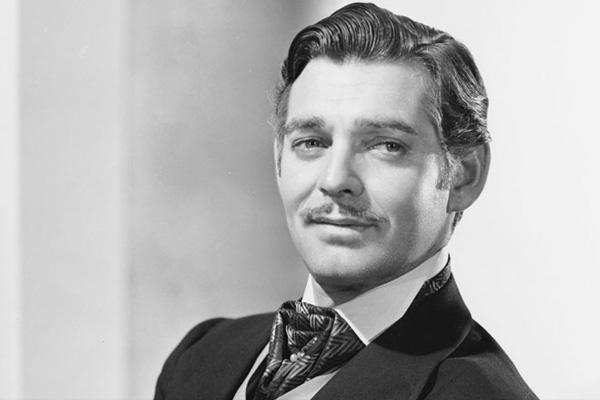 Carole Lombard was Gable’s wife when her death in an air crash in January 1942 made her Hollywood’s first wartime casualty. He was inconsolable and quickly put up for sale the ranch he and Carole had bought together. In August he enlisted as a private in the Army Air Corps. ‘I’m going in’, he said, ‘and I don’t expect to come back, and I don’t really give a hoot whether I do or not.’ He was 41 years old and a broken man, but after he made a public statement following Carole’s death, the Commanding General of the USAAF, ‘Hap’ Arnold, offered him a ‘special assignment’ in aerial gunnery. There was a shortage of gunners anyway.

Gable at his station in his B-17 Flying Fortress

Assigned in April 1943 to the 351st Heavy Bombardment Group of the Eighth Air Force’s First Air Division, he was sent to a base about 80 miles north of London. His first combat mission as a tail-gunner was nearly his last. A 20mm shell came through his combat station and narrowly missed killing him. Despite rumors to that effect, it is extremely doubtful Gable ever had a death wish. One of his commanding officers told Frank Capra: ‘He gives me the willies! The damn fool insists on going on bombing missions and he wants to be a gunner yet. No officer mans a gun; the guy’s crazy. He’s trying to get himself killed!’ Perhaps, the rumors originated there. 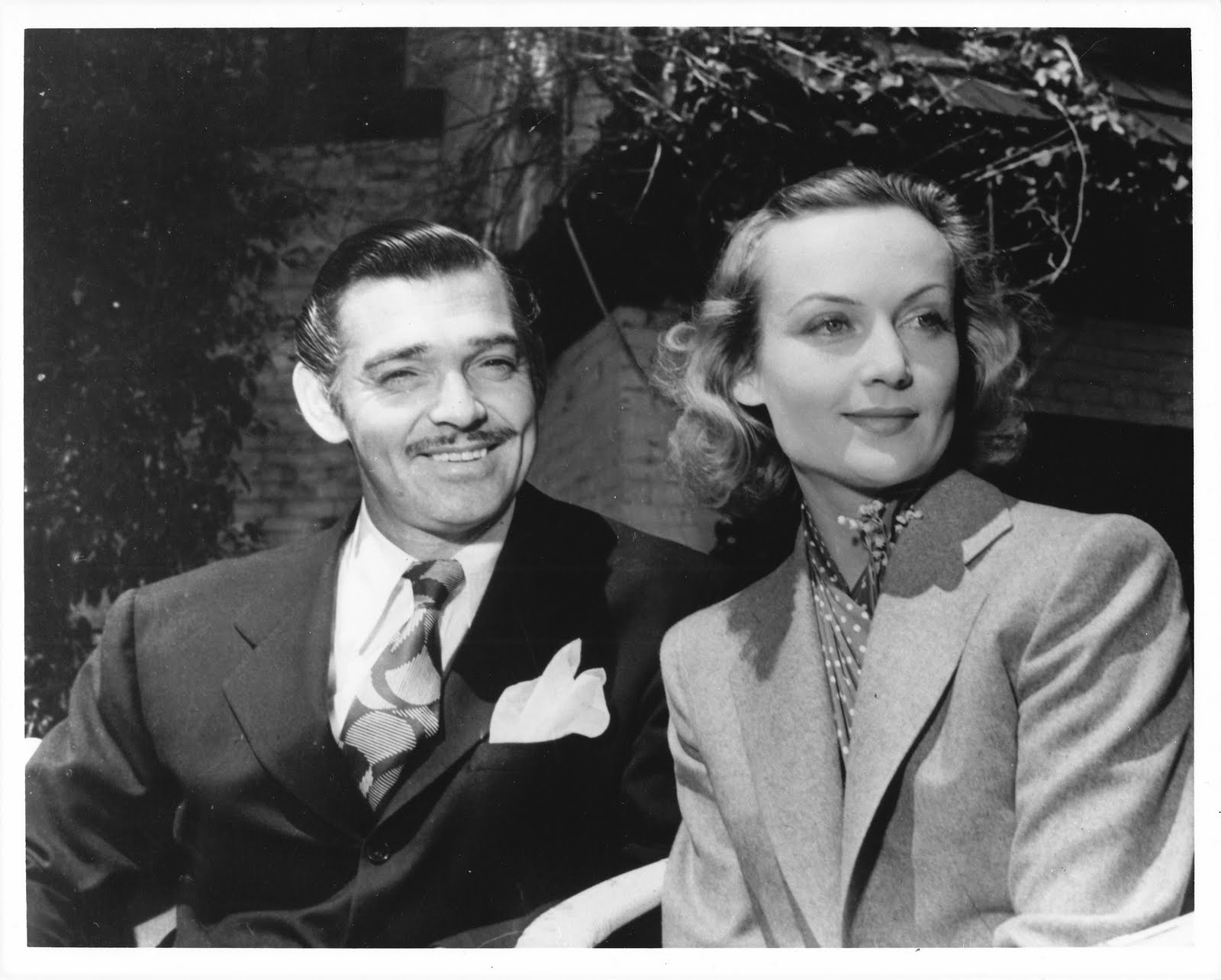 Gable spent most of 1943 in England, at RAF Polebrook with the 351st. Between May and the end of September he flew five combat missions (one of them into Germany) as an observer/gunner in B-17 Flying Fortresses, earning the Air Medal and a DFC for his efforts. During one mission his aircraft was hit by flak and attacked by fighters that shot up the stabilizer and knocked out one of the engines. The raid into Germany was even more perilous, with one crewman killed and two wounded. Flak went through Gable’s boot and narrowly missed his head. MGM executives began badgering the USAAF to reassign the studio’s most valuable screen actor to non-combat duty. By November ’43 the personnel shortage of aerial gunners had been rectified and the 42 year-old screen legend was transferred with the rank of major to the Signal Corps and to the First Motion Picture Unit in Hollywood.

In December, he signed a 12-year contract with MGM for $7,500 a week; one that guaranteed he need only work 40 weeks annually and make just two movies a year. The contract would go into effect the moment he left the Signal Corps. He was also asked to play the role of the returning hero for Air Corps promotions and bond-selling campaigns, but in June 1944 his discharge papers were signed by Captain Ronald Reagan. Sadly, Gable was also asked to launch the Liberty ship Carole Lombard. Irene Dunne christened the vessel at the ceremony and he wept openly as she did so.

Losing his wife and experiencing combat had altered Gable’s outlook on movie-making and life in general. He found acting to be a somewhat sissy and childish way to make a living but he was still under contract. The studio required him to star opposite Greer Garson in a feature film titled Adventure. Not only did he find the picture tiresome to make, he did not like his co-star at all, nor did he appreciate the stupid publicity line they were lumbered with: ‘Gable’s back and Garson’s got him!’ He did not want to be ‘back’ and he did not want to be ‘got’ by any woman, much less Greer Garson. Interestingly, it was said that he was Adolf Hitler’s favorite American actor and that the Nazi leader offered a sizeable reward to anyone who could capture and bring Gable to him – unscathed. At 59, shortly after completing The Misfits (1960), the ‘King of Hollywood’ suffered a heart attack but it was an arterial blood clot that finished him that evening.