They certainly made movies differently back in the forties. In one of the final scenes in The Stranger (1946), Orson Welles’ character is seen rescuing the female lead played by Loretta Young, who is hanging above the church floor as he drags her to safety. In reality, Loretta was suspended 50 feet above the floor as a stunt man (not Welles) held her by one arm and pulled her towards him. There was no safety net or other protection in place; just the stunt man’s assurances that there was absolutely no way he would drop her! 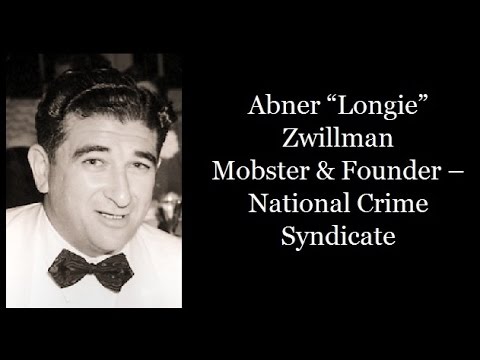 Jean Harlow was the godmother to Millicent Siegel, daughter of notorious mobster Benjamin ‘Bugsy’ Siegel. In the thirties she was also dating New Jersey mob boss Abner ‘Longie’ Zwillman who secured a two-picture deal for her with Columbia boss Harry Cohn. He achieved this by loaning Cohn $500,000, which was a tidy sum back then. Abner must have been completely hooked on Harlow because he also bought her a jewelled charm bracelet and a red Cadillac.

For those who are unaware of its origins, the ‘HOLLYWOOD’ sign was constructed in 1923 by two real estate developers named Woodruff and Shoults and had nothing, whatsoever, to do with the motion picture industry. It originally read ‘HOLLYWOODLAND’ to advertise their development. The first ‘O’ broke in half leaving a ‘u’, and then the second ‘O’ fell off altogether. For a while the sign read ‘HuLLYWODLAND’. In the forties the official caretaker drove his car into the ‘H’ while drunk and completely demolished it. The Hollywood chamber of commerce took the sign over, replaced the missing letters and deleted the ‘LAND’ part of it. Thus was born the iconic ‘HOLLYWOOD’ sign we see today. 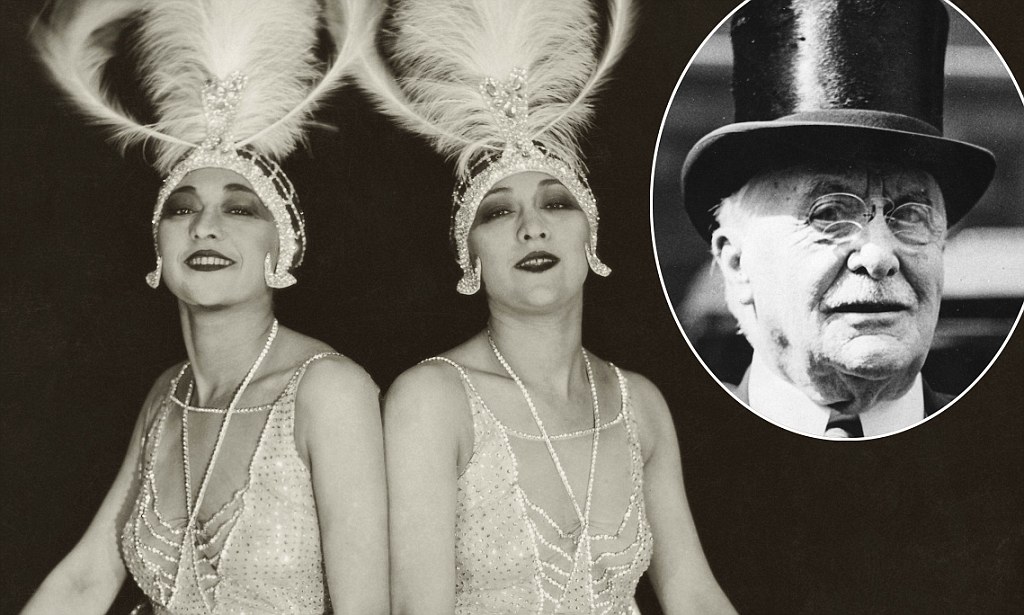 The Dolly Sisters, Rosie and Jenny, were Hungarian-born twins (1892), dancers and actresses who were dubbed ‘The Most Beautiful Girls in the World’ when they were signed by Ziegfeld for his Follies in 1911. Both girls had a love of gambling and enjoyed incredible runs of good luck at the casinos of Cannes and Monte Carlo throughout the Roaring Twenties. They married multiple times and their reputation for dating wealthy lovers earned them the nickname ‘The Million Dollar Dollies’. Their collections of expensive jewellery, most of it gifts from rich paramours, were converted into cash every now and then to feed their gambling habit. Diamond Jim Brady once gave Rosie a Rolls Royce wrapped in ribbons. The sisters were living high off the hog for over a decade. Ultimately, their luck ran out, as it inevitably does.

In 1925 the twins met 67 year-old retail magnate Harry Selfridge. Jenny began an affair with him and Rosie is believed to have slept with the old guy as well. They also managed to squander $4 million of his fortune at the roulette tables. When Jenny took up with pilot Max Constant in 1933, love-struck Harry offered her $10 million to marry him. Before giving him an answer, however, she took off for one last holiday with Constant. Outside Bordeaux their car crashed and her face was severely disfigured when she was hurled through the windscreen. Eight years of plastic surgery and other operations broke her financially, but accomplished very little. Selfridge continued to pay her medical expenses after her own money ran out, but they never did marry.

Suffering from deep depression, Jenny returned to the States in 1935 and married a wealthy lawyer. The union was not a happy one and she soon moved into an apartment in Hollywood with her two daughters. On June 1, 1941, the gravely despondent woman hanged herself from a curtain rod there. Rosie retreated from public life after her sister’s suicide and spent her last years doing charitable work with children in her native Hungary. She, too, attempted suicide (in 1962) with sleeping pills, but was unsuccessful. She eventually passed away in 1970, aged 77. In 1945 a movie titled The Dolly Sisters was made, starring Betty Grable and June Haver. It bore little resemblance to the sisters’ lives.

In 1939, 34 year-old Albert Dekker played Schwartz, the leader of the mutineers in the Gary Cooper version of Beau Geste. Sixteen years later he was in East of Eden alongside James Dean, yet he will be remembered (if at all), not for his big screen appearances, but for the bizarre circumstances surrounding his death in 1968. His naked body was discovered in his apartment by his landlord and girlfriend. He was kneeling in his bathtub, one end of a noose tied around his neck, the other end looped over the curtain rod above him. His hands were cuffed, hypodermic needles were sticking out of his arms, and explicit words were scrawled over his body. The bathroom was locked with a chain from the inside, compelling the landlord to break down the door in order to gain entry. The official coroner’s verdict was one of ‘accidental death’, probably connected to autoerotic asphyxiation, a quaint little practice in which one deliberately cuts off one’s air supply in order to heighten orgasm. The handcuffs were puzzling, suggesting someone had been present at the time of death, but if someone was with him, how did that someone get out of the bathroom? We will probably never know. 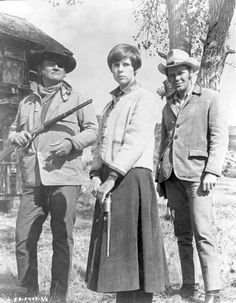 The set of True Grit (1969) was anything but a happy one. Director Henry Hathaway did not like Kim Darby at all and felt she was wrong for the role of Mattie Ross. Star John Wayne did not like her either, probably because he had promised the role to his daughter Alissa, and Hathaway had refused to cast her. Wayne especially disliked Robert Duvall throughout the shoot, and at one point threatened to punch the ‘Method’ actor if he argued with the director again. Hathaway also hated Glenn Campbell’s performance which he described as ‘wooden’. Campbell was cast, said Hathaway, only because his rendition of the theme song would help promote the movie. Elvis Presley could have had the Campbell role. It was offered to him, but his manager, Colonel Tom Parker, would only accept it if Elvis was given top billing (over Wayne). As if that was going to happen.