At the zenith of their power the ‘Seven Sisters’ (MGM, Warners, Paramount, Universal, Columbia, Fox and RKO) did much as they pleased. Few outsiders had any influence over their decisions or their conduct. Few, that is, with the exception of the Catholic Legion of Decency (CLOD). They were a force to be reckoned with and they exercised their power each year by publishing their ‘Index’, a list of movies the Legion considered sinful.

What that list meant, of course, was a huge loss of revenue for any studio whose productions had been condemned by the Church and had made it into the Index. Millions of Catholics were warned – ‘watch these films and your immortal soul will be endangered, if not out and out lost’. The Catholic Church, not unlike all other religious organizations, elected itself as the public’s guardian on all issues related to morality, certain that its judgment was manifestly superior to that of  every man (or woman) in the street. It also believed it had been afforded the God-given right to decide that overall good was far more important than individual liberty.

In 1938 the ‘Pledge of the Legion of Decency’ was created and administered each year on the Feast of the Immaculate Conception (December 8). In 1965 the CLOD changed its name to the National Catholic Office for Motion Pictures (NCOMP). The Legion still gives its views on movies year in and year out, but it no longer threatens its flock with ‘burning in Hell for eternity’ if they watch a condemned picture.

The Church rating system for pictures fell into three main categories: A, B & C.

In 1978 the B and C ratings were condensed into an ‘O’ rating – ‘morally offensive’. The first lists came out in 1933, and appeared every year thereafter until the last one was published in 1980. Below are some of the more interesting titles that made the condemned list: Twenty-two productions made the list in 1933, among them the Hedy Lamarr sensation Extase (Ecstasy). No surprise there, given that Hedy ran about topless for quite a while and appeared to enjoy an orgasm as well! What is surprising is the inclusion of the Fred Astaire/Ginger Rogers hit Flying Down to Rio, however, although quite a few of the girls on the airplane wings during the Flying Down to Rio sequence were wearing see-through tops, so maybe that was why. Greta Garbo’s final film was Two-Faced Woman for MGM in 1941 – and the CLOD condemned it! In fact, it was banned outright in Boston, Providence, Omaha, Chicago and Milwaukee. The Legion cited its ‘immoral and un-Christian attitude towards marriage and its obligations’. A year later the lady’s MGM contract was terminated. In truth they were glad to see her go. Her movies only made money in Europe and WW2 had put the kibosh on the European film business.

Hedy Lamarr found herself a victim of the CLOD and the Hays Office a second time when White Cargo received the kiss of box-office death in 1942. The reason this time was good old miscegenation. Evidently, the CLOD had it straight from God that he disapproved of Hedy’s African native woman, Tondelayo, tying the marital knot with her white lover. Mixing the races! Heaven forbid. Was there no limit to the depths Hollywood might sink to? Jane Russell in The Outlaw

Given the massive publicity campaign by Howard Hughes that was almost entirely focused on star Jane Russell’s not inconsiderable breasts, a condemnation of The Outlaw by the CLOD was more or less a certainty, not that it overly worried Howard all that much. Hughes was a firm believer that any publicity was good publicity. The movie was rubbish anyway. The Legion’s fuss about it put more bums on seats than the movie ever did. 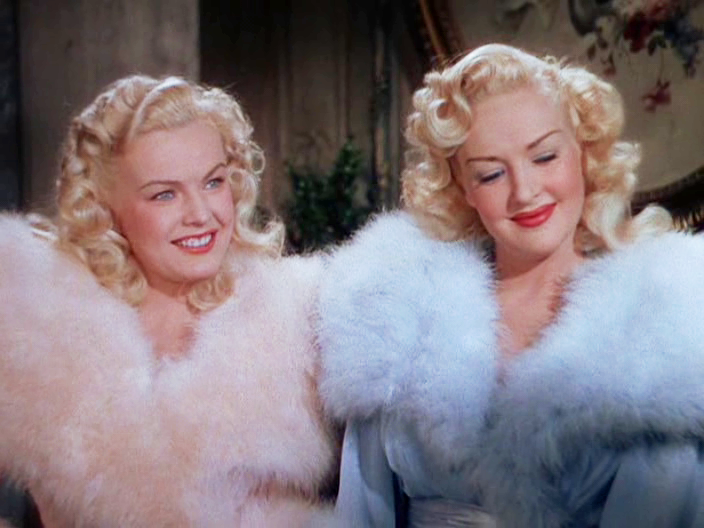 The Dolly Sisters played by June

The Dolly Sisters copped a ‘C’ from the Legion, although I cannot discover why? Today, it would have been labeled 100% politically incorrect for the ‘Darktown Strutters Ball’ number alone, in which Betty Grable and June Haver as pig-tailed pica ninnies in black-face, danced about with chorus girls wearing hats made of watermelons, playing cards and dice! Safe to say the Church did not give the picture its ‘C’ rating for that reason. Deborah Kerr played Sister Clodagh, the Sister Superior at a school/hospital in the Himalayas, who is trying to forget a failed romance back home in Ireland, in the movie Black Narcissus. That was enough to start the alarm bells clanging at the Legion. They condemned the picture unless flashback scenes of her romance were edited out. So they were. This, combined with a theme that depicted nuns questioning their faith, was all too much for the bishops at the Legion. 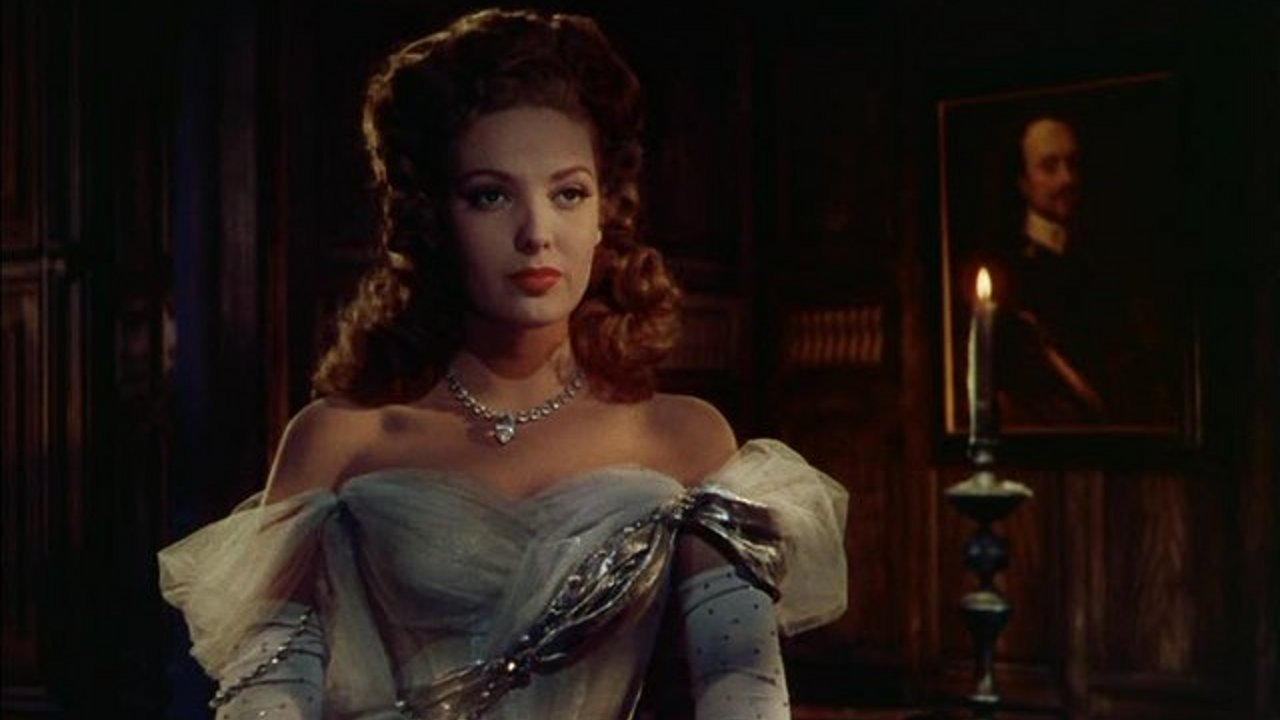 Forever Amber also got the big ‘thumbs down’ from the CLOD, which was scarcely a shock considering the book was about a courtesan from cover to cover. 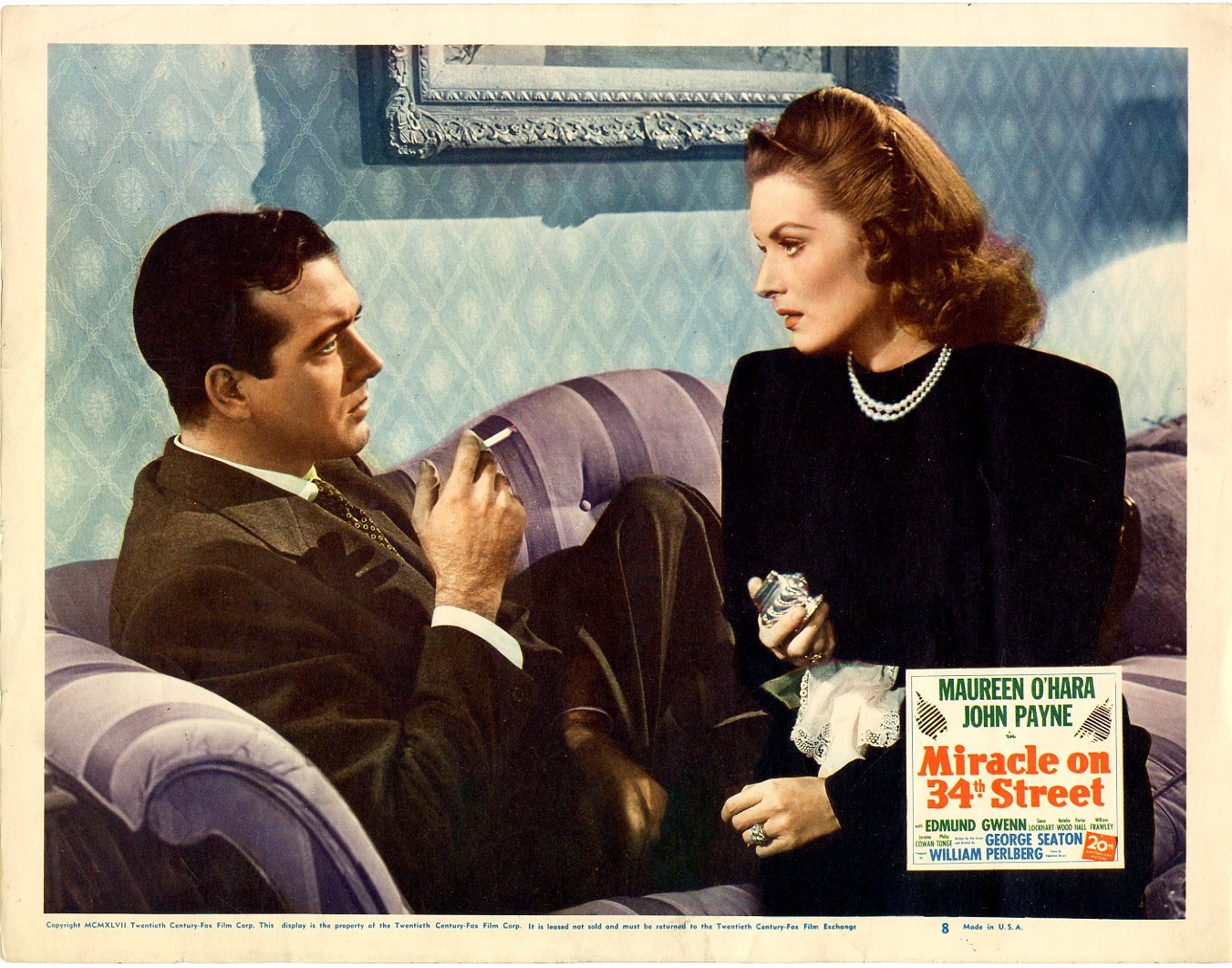 Even Miracle on 34th Street barely scraped by with a ‘B’ rating from the CLOD, who were deeply concerned by its ‘sympathetic portrayal of a divorced woman’! Shameful.

Maggie McNamara & William Holden in The Moon is Blue

The Moon is Blue is one of those tantalizing pictures that promises much and delivers little. The plot is rather lame by today’s standards. A young, virtuous actress named Patty O’Neill spends the entire 99 minutes of screen time fending off the amorous overtures of two men intent on bedding her, then goes back home (her honor completely intact) and accepts a marriage proposal from her long-time boyfriend. The trouble was the script. It included words such as ‘seduce’ and ‘professional virgin’, which were completely unacceptable to the bishops. All very tame, as you can see, but not tame enough for the Legion who condemned the movie out of hand. Some theatres in small towns in America would only show it to audiences of all men or all women!

The only way to avoid a ‘C’ rating for Marilyn Monroe’s The Seven Year Itch, was for the entire adulterous sexual relationship to be played out in Tom Ewell’s head! And God Created Women showed shots of Brigitte Bardot in various stages of undress, none of which showed a hell of a lot, but that was enough for the CLOD to condemn the picture at a hundred miles an hour! Police even made efforts to prevent it screening in some US cities. They need not have bothered. Miss Bardot revealed little.

Love in the Afternoon was hit with a ‘C’ by the Legion. The Church was most unhappy with the ending, compelling the studio to change it to a more conventional outcome. Gary Cooper whisks Audrey Hepburn away and the last we hear is that they married and lived happily ever after. Coops was 56 when he made this picture and far too old for Audrey who always looked younger than her years anyway, yet that did not seem to irk the Legion anywhere near as much as it irked me.

Tony Curtis, Jack Lemmon & MM – Some Like It Hot

Billy Wilder’s classic comedy Some Like it Hot almost caused the Legion to have kittens! It had cross-dressing and it thought homosexuality could be funny! Unforgiveable. Oddly, the fact that Marilyn’s boobs were just about falling out of her dresses seemed to go un-noticed by the Legion. They had bigger fish to fry. It was the only American film condemned that year. The Hays Office banned it too, but the enormous box-office success of the movie hammered the final nail into the Hays Code once and for all. The Legion opted to condemn Spartacus because they felt it was pro-communist in its point of view, convinced that its ‘legitimacy as an expression of national aspirations’ was remiss. They even picketed theatres screening the film. The above scene showing Jean Simmons topless never made it to screens in Australia back then. (I was 13 then. I would have noticed), so we can assume the CLOD forced its removal. Only when the newly elected President John F. Kennedy, himself a Catholic, crossed picket-lines to see the movie did the Legion call off the boycott.

It is difficult to imagine what possible reason the CLOD could offer that would warrant the condemnation of To Kill a Mocking Bird, yet they managed to come up with one. And they got their way as well. The bishops were unhappy about the ending. Why? They felt it gave the impression that lying, even for the best of reasons, was OK. And that, according to the Legion, was not OK. The producers amended the conclusion and the ‘C’ rating was lifted.

Thankfully, all this stupidity finally came to an end in 1980. Not so thankfully, we now have scarcely any rein on anything anymore. If only the Legion had focused its energies elsewhere, we might be thanking it today for keeping the lid on the real pornography – violence. Sadly, for the entire fifty plus years of its influence, the CLOD found it impossible to think past ‘tits and ass’ issues.