Throughout movie history there have been a number of truly memorable debuts, none more so than Omar Sharif and his camel emerging from the Sahara heat-haze in 1962’s Lawrence of Arabia. It ranks right alongside Ursula Andress wading out of the Caribbean, conch shell in hand, in Dr No, also in 1962. It would probably surprise many readers to learn that, although he was born in Alexandria, Egypt, Omar Sharif came from Catholic Lebanese stock. His father was a Lebanese precious woods merchant. Omar was born Michel Chalhoub in 1932, four years before the family moved from Alexandria to Cairo.

In the early fifties he studied acting at the Royal Academy of Dramatic Art in London. Returning to Cairo, he changed his name to Omar Sharif, then converted to Islam in order to marry fellow Egyptian actress Faten Hamama in 1955. The couple acted together as romantic leads in several Egyptian movies until his big chance came to star in the 1962 blockbuster Lawrence of Arabia. Initially, Sharif was to play Tafas, the guide shot by Sherif Ali at the well early in the film, but the preferred Bollywood actor declined the role as Ali, so it went to Sharif instead, turning him into a matinee idol. Faten and Omar on their wedding day in 1955

Producer Sam Spiegel signed Sharif to a seven-picture deal at $15,000 per film, convincing him that this was the standard rate. It wasn’t. The seven pictures Omar signed to make at $15,000 per performance were – Lawrence of Arabia, Behold a Pale Horse, Doctor Zhivago, The Night of the Generals, Genghis Khan, Mackenna’s Gold and Funny Girl. His ability to speak English, French, Spanish, Italian, Greek and Arabic enabled him to convincingly play foreigners from any number of nations. He possessed a kind of ‘universal’ accent. His versatility is demonstrated through the list below:

‘Akaba is just over there’. 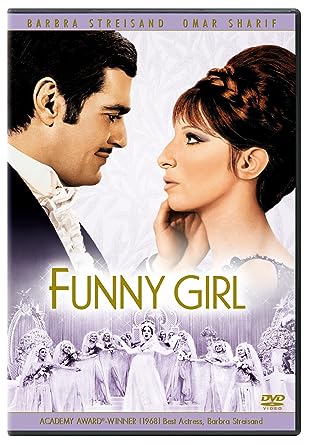 He fell in love with his co-star Barbra Streisand when they made Funny Girl in 1968. The Egyptian government was angered over him acting alongside a Jewish actress and the picture was immediately banned in several Arab countries, all this before it was learned that the two stars were also lovers away from the screen. ‘About a week from the moment I met her’, he recalled, ‘I was madly in love with her. I thought she was the most gorgeous girl I’d ever seen in my life…I found her physically beautiful, and I started lusting after this woman.’ When the international uproar eventuated, and the Egyptian Government publicly condemned the romance, Barbra jokingly responded, ‘You think Cairo was upset? You should’ve seen the letter I got from my Aunt Rose.’ Needless to say, Israel and Egypt being at war at that time did not help the situation one iota.

Omar and Faten had one child, a boy named Tarek born in 1957. He would appear in Doctor Zhivago as Yuri at the age of eight. Of course, his father played the mature Yuri. Unfortunately, the boy’s parents separated in 1966 and divorced in 1974. Omar never remarried, claiming that he never fell in love again after Faten left his life, although his comments regarding Streisand would seemingly belie that statement. Egypt had begun placing travel restrictions on its citizens, something Sharif found intolerable, given the amount of traveling necessary for him to pursue his international movie career. His marriage to Faten became untenable when he chose to live permanently in Europe while she could not leave Egypt. Indeed, he spent most of the time between 1960 and 1990 living in European and American hotel rooms. with Ingrid Bergman in The Yellow Rolls Royce

Throughout those thirty years he had several lengthy romances and a lot of very short ones. He spent part of 1962 with sex kitten Tuesday Weld, 1963 with TV star Diane McBain, 1964 was the turn of Ingrid Bergman whom he met on the set of The Yellow Rolls Royce, his 1968 tryst with Streisand lasted four months, in other words for the duration of the shoot, before he moved on to spend several months with Barbara Parkins of Peyton Place fame. After that came Barbara Bouchet and Alexandra Bastedo. Miss Bastedo was one of the stars of TV’s The Champions. Her affair with Sharif ended after just four weeks because he was forever playing bridge tournaments. He also took other women’s phone numbers even when in her company. Who knows how many one-night dalliances he had. The man was catnip to most women. 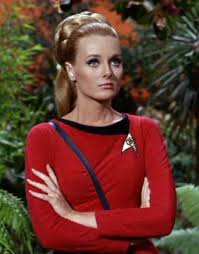 The price Sharif paid for fame and a Hollywood career was a large one. ‘It gave me glory, but it gave me loneliness also’, he said. ‘And a lot of missing my own land, my own people and my own country.’ He had other interests, however. Horse racing was a passion of his, and his own horses won several prestigious races in France. He was also an internationally accredited contract bridge player, at one time listed in the top 50 players in the world.

In August 2003, Sharif was given a one-month suspended sentence and a $1,700 fine for head-butting a French policeman in a French casino. The officer had attempted to intervene in an argument between Sharif and a roulette croupier. ‘It made me the hero of the whole of France’, said Omar. ‘To head-butt a cop is the dream of every Frenchman.’ Two years later, Omar was ordered by a Beverly Hills judge to undertake an ‘anger management’ course after the aging actor punched out a parking attendant who refused to accept his European currency. with his son, Tarek, renowned restaurateur

Health-wise, Sharif’s 100 cigarettes a day habit ultimately took its toll. It took a triple heart bypass in 1992, followed by another mild heart attack in 1994, to finally convince him to kick the habit. In May 2015 it was officially announced that he had Alzheimer’s disease, his son Tarek telling reporters that his father struggled to remember major details about his movies, even Lawrence of Arabia and Doctor Zhivago, often getting them mixed up completely. In July 2015, six months after his ex-wife Faten passed away, Omar Sharif died at 83. His funeral and burial took place in Cairo.