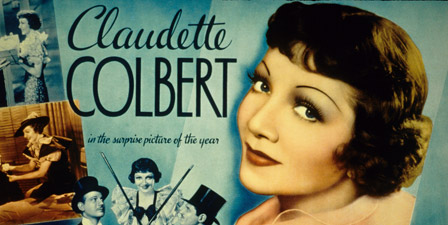 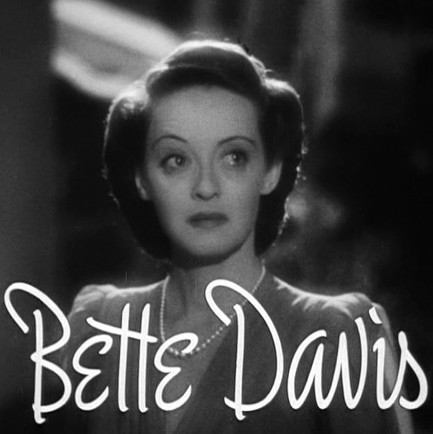 Claudette Colbert was a big star, but even she admitted to getting her start in Hollywood via someone’s ‘casting couch’. In fact, she told an interviewer that the only star she knew of who made it without resorting to the ‘couch’ was Bette Davis. She did not elaborate on that statement, but given Bette’s prestigious Broadway reputation, it might be reasonable to assume that she was too valuable to risk losing her to another studio. Besides, she was signed up long before she arrived in good old Tinsel Town anyway.

Back in the era of silent movies the three great Latin lovers of the silver screen were Rudolf Valentino, Ramon Novarro and Antonio Moreno. And all three were gay. Valentino married two lesbians, Jean Acker in 1919 and Natacha Rambova in 1923. Both were lovers of Hollywood’s Queen of the Lesbians, Alla Nazimova. Neither of Rudolf’s marriages was consummated because he was deeply in love with his cameraman Paul Ivano. All Hollywood knew that Novarro was a gay alcoholic with a preference for young male prostitutes, yet his public had no idea whatsoever. Moreno starred in Clara Bow’s It (1927) and at the height of his popularity was receiving 20,000 fan letters a week, twice as many as Novarro, even more than Valentino. Today, he is unheard of by most movie buffs. He married a lesbian heiress named Daisy Danziger in a ‘lavender’ union orchestrated to screen his homosexuality. Since a large proportion of the Hollywood community was either gay or bisexual, being anything other than straight was neither here nor there. Few in the industry cared either way. The euphemism for the thriving lesbian fraternity was ‘the Sewing Circle’, and in the Roaring Twenties there were around thirty gay bars for both sexes in Tinsel Town.

That did not mean, however, that one’s sexuality could be flaunted publicly. Far from it. Homosexuality and bisexuality were criminal offences, so studios went to whatever lengths necessary to shield their meal-tickets’ preferences from the general public. Similarly, right from the beginning, morality was an issue in the fledgling industry. Regardless of their sexual persuasion, the coming together of a lot of physically attractive, young people, created a target rich environment for carnal predators, and in Hollywood there has never been a shortage of those. Add into the mix a virtual limitless supply of money, booze and drugs, and no discipline to speak of, coupled with a liberal sprinkling of European men and women who brought their own brand of ‘sexual freedom’ with them, and any semblance of maintaining even a modicum of morality tended to fly straight out of the window. 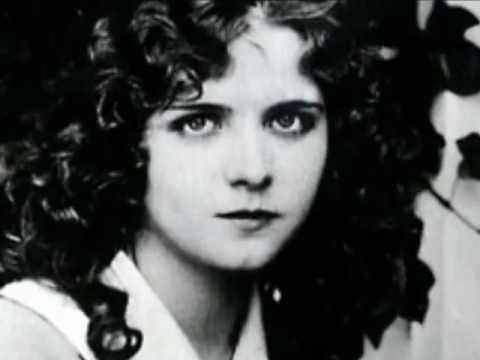 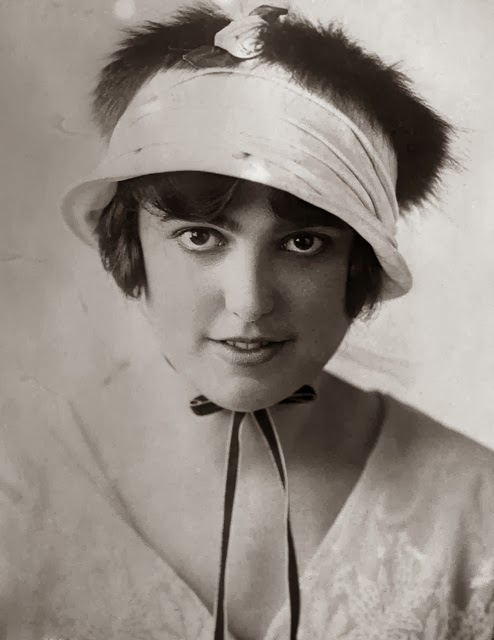 Before sound even arrived, the industry had to survive a series of scandals that had the nation’s ‘goody-two-shoes’ brigade calling for direct control over movie production and the industry in general. One scandal involved 18 year-old Mary Miles Minter, her mother, a couple of big stars, and a very dead director (see HWAA Vol. 1). Then there was the horrendous death of silent beauty Olive Thomas in Paris, the ‘Fatty Arbuckle involvement in the death of young tramp Virginia Rappe at a Los Angeles party, the mysterious death of another director, Thomas Ince, aboard William Randolph Hearst’s luxury yacht, and the early demise from drugs and booze of popular stars Wallace Reid and Mabel Normand. 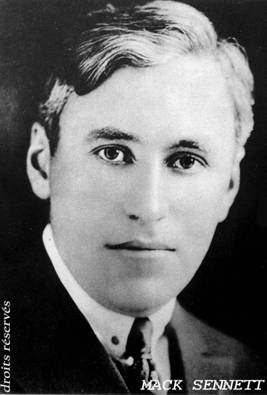 Mack Sennett, the man who created the Keystone Cops, had also created the ‘casting couch’ a decade or so before, on which he personally ‘auditioned’ every girl who made it into his ‘Bathing Beauties’ line-up, not to mention hundreds that did not. Most people found him to be a crude and vulgar man. And most people were right. Following his example, every studio adopted the ‘casting couch’ method of ‘auditioning’. For every young thing who baulked at the prospect of giving herself to a studio executive two or three times her age, there were fifty more outside in the waiting room ready to take her place. And, of course, the moguls knew this only too well.

Thousands of pretty girls were signed up on ‘6-month options’, and were then were left on tenterhooks, hoping for a break that almost never eventuated. In time, many of these girls were prepared to do almost anything for the remotest chance of being signed to a contract. Studio executives, writers, producers, directors, cameramen, publicity guys, agents, devoured them like so many sharks let loose in a school of salmon. Many of the unsuccessful girls ended up in the local brothels. The House of Francis and Mae’s were the most successful of these, but more of them later. On New Year’s Eve 1929, Los Angeles’ first gay bar was opened. It was called Jimmy’s Backyard and 300 tuxedo-clad homosexuals attended, among them major star William Haines, director Edmund Lowe, Lowell Sherman and his lesbian wife Lilyan Tashman. Of course, the vast majority of the community’s ‘name’ homosexuals and lesbians stayed away. Nowhere to be seen were the scores of bisexuals either. LB Mayer and his ‘fixer’ Eddie Mannix opened ‘Mae’s’, a high-priced brothel run by Billie Bennett, a madam who strongly resembled Mae West. Clients paid top dollar to sleep with girls made up and coached in mannerisms, accents, etc. to look and sound like real movie stars such as Joan Crawford, Barbara Stanwyck, Alice Faye, Carole Lombard, Ginger Rogers and Marlene Dietrich, to name but a few. Only Greta Garbo and Katharine Hepburn were not copied, for reasons known only to Mayer and Mannix. Some of the girls had surgery to look as much like the real thing as possible. If the real actress left Hollywood to go on location to shoot a picture, her ‘double’ would also disappear until her return. If the real star broke her arm, then her double would wear a cast until the tabloids announced it had mended. Groucho Marx recalled taking a very young, very randy, Mickey Rooney to Mae’s several times.

The House of Francis was another high-priced spot. Its owners did not have the ‘clout’ Mayer had, so they were forced to hand over about 40% of the house take to local police and politicians in order to remain in business. The girls were all over 18, as indeed were all the starlets signed to options at the studios. Of course, this was to avoid any statutory rape issues. Some of the girls made as much as $1,000 a week in the ‘better’ establishments; not how they had imagined they would gain employment when they entrained for Hollywood a lifetime ago, no doubt. 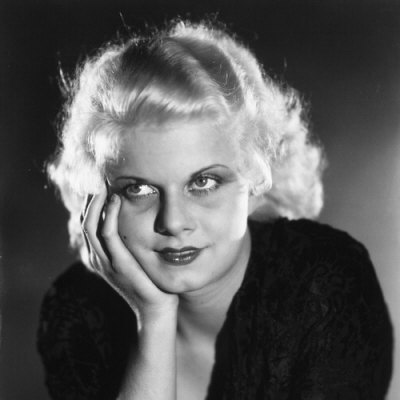 Jean Harlow was reputed to be a regular visitor to the top houses, selecting two or three girls (or guys) at a time to take home for sex. Both sexes complained about her love of ‘rough sex’. Gable would have girls delivered direct to his dressing-room like pizzas. He was also a regular patron, as were Errol Flynn, John Gilbert and Spencer Tracy. MGM had an account at The House of Francis under an assumed name, so that Mayer could treat out of town guests (usually major distributors of his films) to ‘freebies’. Once he opened Mae’s, however, he closed his account and bribed the police to close the House of Francis forever. LB did not like competition.

Mayer never went to any of these establishments himself. There was no need to. Every girl he signed at MGM was first ‘sampled’ by him in his adjoining private room next to his office. He would give them his ‘fatherly’ speech, accompanied by a piece of fatherly advice. ‘I will look after you, but first you must look after me’. Most of them did, right there in his private room. Not that Mayer was alone in this regard, not by a long shot. The universally detested Harry Cohn, head of Columbia Studios, verbally and/or physically ravaged every girl he signed. He would use a pencil to open a girl’s mouth so he could check her teeth. Then he would use it to lift her dress and inspect her thighs and what lay between them. If he liked what he saw, he took the lucky applicant into his private dressing-room and mounted her. 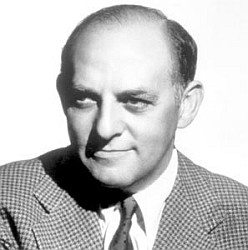 In the formative years of Hollywood most actors partook of the open availability of drugs. Coca Cola was popular in the early 1900s because it was not until 1914 that it became illegal to sell it with cocaine among its ingredients. Each studio had its own dealers once drugs appeared on the scene around 1910. Characters like ‘The Count’ put heroin in peanut shells and sold them by the bag. The first bag was always free. Another dealer named Captain Spaulding was actually arrested once, but was quickly released after he threatened to go public with a list of his famous clients’ names. Even though the nation remained in the grip of Prohibition throughout the twenties, there was never a shortage of the best booze that money could buy in Tinsel Town. Add to these elements the endless string of parties where young hopefuls (male and female) got the chance to ‘impress’ executives, directors, producers, writers and established stars, and we can comprehend why the Catholic Legion of Decency and various other crusading bodies strained at the leash to clamp some kind of restraints on the movie business. Ultimately, they introduced censorship as a measure of control over the movies produced. But nobody controlled the studios or those running them. They remained a law unto themselves for as long as they existed.