An Irishman from Belfast, Brambell shot to prominence in the 60s playing the irascible, dirty old Steptoe in this popular British sitcom. He also featured in the Beatles’ first film A Hard Day’s Night (1964). Shortly before filming began he was charged with ‘importuning for immoral purposes’ in a men’s toilet in London, the magistrate releasing him on a ‘conditional discharge. From 1969 until his death, Brambell lived with his Chinese boyfriend, Yussof Saman, to whom he left the bulk of his estate.

Burr was a Canadian who achieved phenomenal success in the late 50s as Perry Mason, the lawyer who never lost a case; and followed it up with an equally successful 60s series called Ironside. His millions of female fans had no inkling he was gay and had been living with Robert Benevides since the two met on the set of Perry Mason in 1957! They were still together when Burr died from liver cancer in 1993. For decades he pretended he had been wounded on Okinawa during WW2, just one of several of his fabrications.

English actor Patrick Cargill was gifted with superb comedic timing which he used to great effect in a film, television and stage career that lasted until the 1990s. He, too, appeared in A Hard Day’s Night. Although clearly gay in mannerisms and speech, he played the father of two teenage girls in a couple of sitcom series, the second of which he portrayed a playboy bent on divorcing his sixth wife and getting his first wife to remarry him! In real life he never married. A brain tumour claimed him at 77. 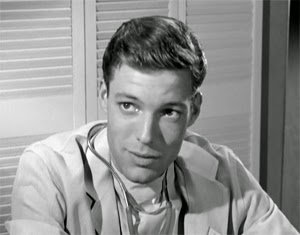 Between 1961 and 1966, Richard Chamberlain played the title character in TV’s Dr. Kildare, and it would be pretty safe to say there was scarcely a woman on the planet who did not fall a little bit in love with the guy. He had extraordinary good looks, style, elegance and, above all, sincerity. He harboured a secret, however, one that the social climate at the time forbade him from disclosing, and it took a heavy toll on his happiness. He desperately fought to hide his homosexuality from his fans for decades, until at the ripe old age of 69 he finally ‘outed’ himself with his autobiography titled Shattered Love.

Geer endeared himself to a generation of fans of the 70s series The Waltons, playing grandfather Zeb Walton. Married once (for 20 years), he had three children; one of his early loves being Los Angeles communist and radical, Harry Hay, the man who founded the Mattachine Society, America’s first large-scale gay activist organization. Geer died in the same year as The Waltons ended its six-year run.

Fans of the extremely funny TV series F Troop from the mid-sixties will recall Horton playing the wizened up Roaring Chicken at Wild Eagle’s Hekawi camp, but this icon of the Hollywood gay community was in silent pictures as far back as 1922. If you ever watch the 1961 film Pocketful of Miracles, you will see him acting alongside his companion of many years, actor Gavin Gordon. It was the only movie they ever made together. Horton passed away, still unwed, at 83.

Like Patrick Cargill, Frankie wore his gayness on his sleeve for all to see. Privately, he was a man tormented by a lack of confidence in his own considerable comedic ability, a sufferer of stage fright throughout his long career, and prone to bouts of deep depression. He met the love of his life, his manager and partner Dennis Heymer, in 1955, who stayed with him until Frankie’s death in 1992. Benny Hill passed away in the same week.

His film career has so far amounted to very little, but Gorden Kaye will be remembered for his portrayal of Rene Artois in the above-mentioned series that ran for a decade between 1982 and 1992, and is still enjoying re-runs today. His 1989 autobiography describes his experiences as a shy, gay and overweight youth. In 1990, he very nearly died during a violent storm when a wooden plank from a signboard came through the windscreen of his car and struck him in the head. Incidentally, the spelling of Gorden (instead of Gordon) came about through an error when he was very young. ‘Sign of a miss-spelt youth’, he quipped.

If only there were more Graham Kennedys on TV today. Being an Australian, I had the good fortune to grow up watching him on Blankety Blanks and The Graham Kennedy Show, never knowing what outrageous comment would pop out of his mouth from one week to the next. His famous crow call, ‘Faaaaaark!’ was talked about for years after he did it on TV. Probably still is.

Like a great many identities on Australian television, Kennedy was homosexual. Everyone in the industry knew it. The public did not. When he indicated he would probably be announcing his engagement to singer Lana Cantrell on his show, ratings went through the roof, but it was all a publicity stunt. Kennedy never confirmed his gayness publicly, but broadcaster Rob Astbury, in his 2006 book King and I: My Life with Graham Kennedy, stated that he and ‘the King’ had been lovers. Larson made the same mistake that George Reeves made back in 1952. They both accepted roles in the TV series The Adventures of Superman, Jack playing Jimmy Olsen, George the lead, expecting nobody to watch the thing. Inexplicably, the series was a big hit and the two actors were forever typecast. Indeed, in 1961, Jack’s boyfriend at the time, Montgomery Clift, advised him to retire from acting and focus on his writing. Jobs for ‘Jimmy Olsen’ no longer existed. His life partner, writer/director James Bridges, penned scripts for Urban Cowboy and The China Syndrome. Bridges passed away in 1993. George was murdered over half a century ago. And Jack just keeps on truckin’.