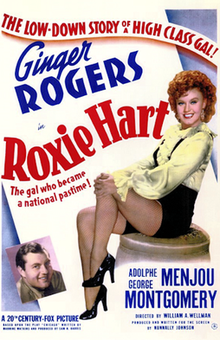 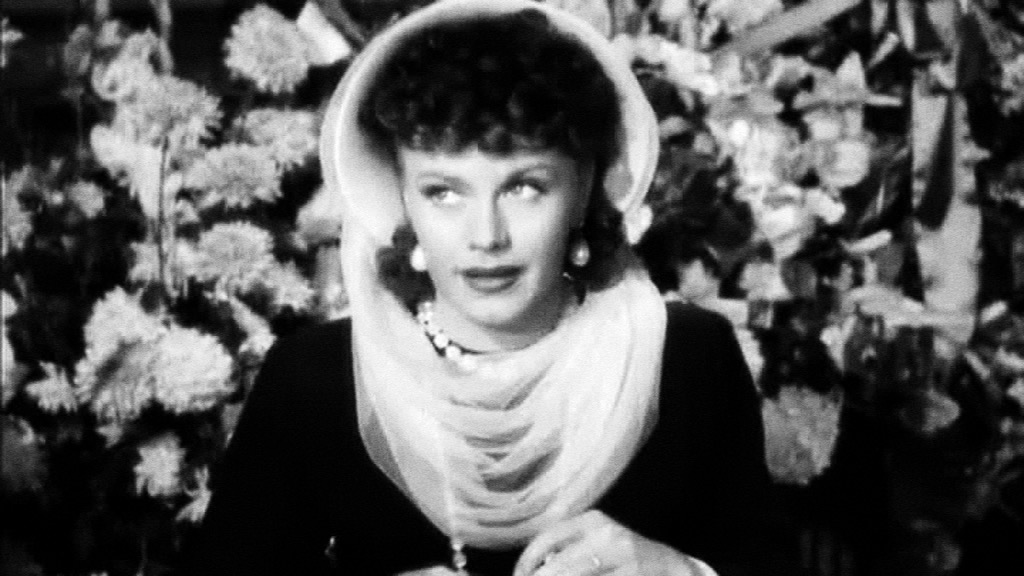 In order to placate the Hays Commission code, it was necessary to change the storyline for this picture about two murderesses who were called Roxie Hart and Velma Wall here. The tale had its basis on two real life killers whose murder trials took place in 1924 Chicago, Illinois. Beulah Annan (Roxie) shot her lover to death as he sat in a taxi cab they had just shared, and Belva Gaertner (Velma) shot her lover to death because he told her he was going back to his wife and children. Both women were clearly guilty and would probably have probably had a date with the hangman in any city other than Chicago. However, in Chicago they were fortunate to avail themselves of the services of famed shyster defence attorney W.W. O’Brien (Billy Flynn in the movie).

The Hays Commission was never going to allow Roxie to get away with murder in a 1942 movie, so she is rewritten and becomes the innocent dupe of the ‘real’ murderer, her sleazy husband Amos! Billy mesmerizes the jury with some fancy footwork and Roxie walks free. Ginger Rogers is a delight as the sassy, publicity-hungry Roxie. She even gets to show off her dancing chops, performing the latest craze, the Black Bottom, to a roomful of reporters. And just to leave us in no doubt about there being a happy ending for all, Roxie marries a reporter (played by George Montgomery) and they live happily ever after.

The real life story was considerably different, however. The two cold-blooded killers, Beulah and Belva, never did get to hit the boards as a double act (as they did in the 2002 musical Chicago.) Come to think of it, Belva did not have a sister who was her dancing partner either, nor did she shoot her to death! That was contrived for the 2002 musical. As for Beulah (Roxie) her starry-eyed dreams never did materialize. She divorced her second husband and, six months later, wed # 3. He was a 26 year-old boxer who broke her ribs and blackened her eyes during their short-lived marriage of four months. A few years later, in March 1928, she died from tuberculosis at the age of thirty-two. Among the few who attended her funeral was husband number two, Amos, the poor besotted fool who had spent years paying off her legal fees. This was the same guy depicted as the real killer in Roxie Hart. At least he was portrayed accurately in Chicago. 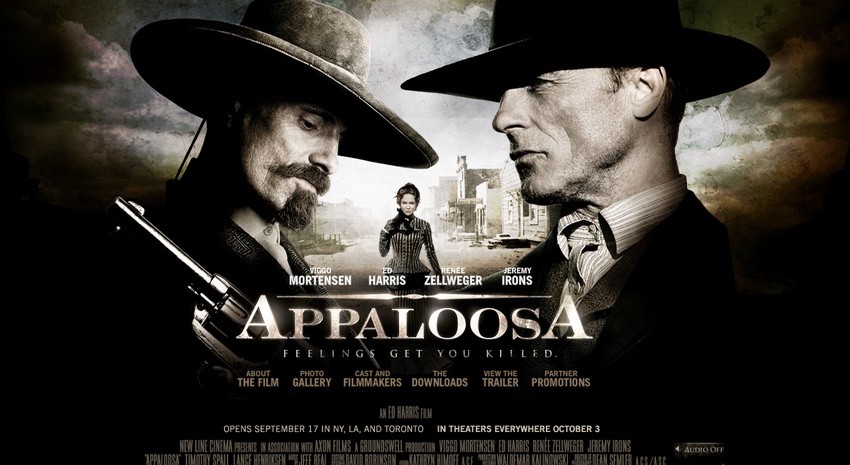 Good westerns are few and far between these days. The genre has been done to death long ago, yet every once in a while one comes along that reminds us how good a good western can be. Appaloosa (2008) is such a film. Directed and co-written by Ed Harris, it captures the essence of the real west and its characters. Harris plays Virgil Cole, a ‘sheriff for hire’, and Viggo Mortensen is Everett Hitch, his eight-gauge shotgun-wielding sidekick who hires out as a deputy. They are a team and have been together for several years, men of few words but possessed of an inner strength that comes across as both natural and authentic. One can imagine such men truly existing in the American Wild West of the 1880s and thereabouts.

At one point when filming was delayed, Mortenson, who was weighed down with work, tried to get out of making the movie. Harris, in his role as producer, interviewed twenty other actors for the part but could not find anyone as suitable as Viggo. Fortunately, at the last moment, he announced that he was now able to do it. ‘Two days before we started principal photography, Viggo shows up in New Mexico’, Harris recalled. ‘He’s ready to go. He’s done research on the period. He’s given really great thought to his character. He had detailed ideas about his wardrobe and his props. He was in excellent shape and good spirits, and he subsequently played Everett Hitch to perfection. Viggo Mortensen is a man of his word.’ He is also one hell of an actor. Thirty-eight year-old Spanish actress Ariadna Gil played Everett’s whore in the picture. She and Viggo fell in love on the set and have been together since 2009.

The incomparable Diane Lane was originally cast as the female lead, Allison French, but she left the project during pre-production when New Line Cinema got cold feet for a while and stalled the project. She was replaced by Renee Zellweger. Renee’s quirky performances are not always popular with everyone and, in my opinion, Ms Lane would have been much better in the role had she stayed on. The success of the Deadwood TV series, coupled with that of the Russell Crowe version of 3.10 to Yuma (2007), convinced New Line Cinema to go ahead with the production. 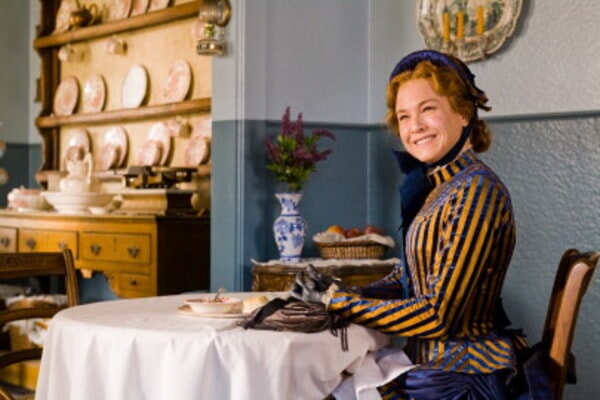 Appaloosa is Harris’s second film as director, his first being the biopic Pollock (2000). He has stated that he wanted to make this movie because he was drawn to the ‘unspoken comradeship’ of Virgil Cole and Everett Hitch. ‘Though they’ve been hanging out for years’, he says, ‘they’re not too intimate, but they know each other.’ Mortensen agrees. ‘What set this one apart’, he suggested, ‘is just how the characters are a little more guarded.’ He even studied Frederic Remington drawings and other images of the American Old West to get into character and master the proper way to stand during a gunfight. I personally loved the brief exchange between Virgil and Everett following a shootout, involving them and four skilled gunfighters, that left three dead and both Virgil and Everett wounded.

Virgil: ‘Everybody could shoot.’

It is not often we get to see a western with such authentic characterizations as those who grace Appaloosa. Even though I thoroughly enjoyed the 1993 western Tombstone, it and Appaloosa are like chalk and cheese. Tombstone is stylized and clean; everybody seems larger than life, whereas in Appaloosa the characters just seem to go about their business, no flare and no histrionics. I am pretty sure Harris would agree that it is Mortensen’s picture from beginning to end. He is one fine actor.