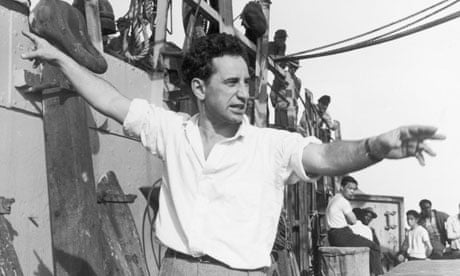 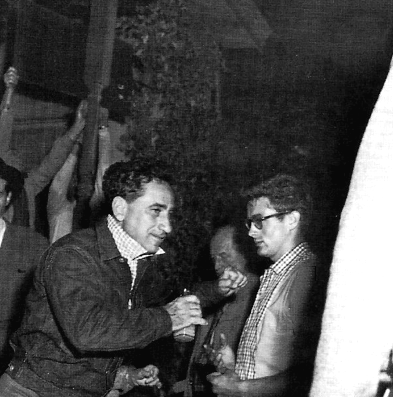 Elia Kazan & James Dean on the East of Eden set

[On actor James Dean]: ‘Dean’s body was very graphic; it was almost writhing in pain sometimes. He was very twisted, as if he were cringing all the time. He was sad and sulky. You kept expecting him to cry. Dean was a cripple anyway, inside – he was not like [Marlon Brando]. People compared them, but there was no similarity. He was a far sicker kid and Brando’s not sick. He’s just troubled.’ 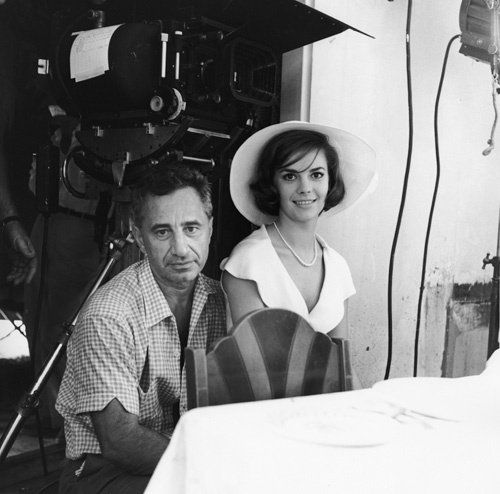 [On Natalie Wood]: ‘The quality I remember about her was a kind of sweetness. When her persona fitted the role, you couldn’t do better. She was it.’

‘Lee Strasberg was God almighty, he was always right. Only he could tell if an actor had it – the real thing – or not. To win Lee’s favour and the reassurance it would convey was everyone’s goal. Oh, how those mediocrities believe! Oh, how they listen to Lee Strasberg and nod and smile at his quips. Me, too.’ 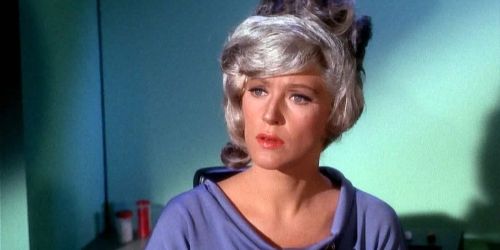 [She played Nurse Chapel in 36 episodes of Star Trek: The Original Series (1966), and was married to the series creator Gene Roddenberry from 1969 until his death in 1991]: ‘I said wouldn’t it be great – when [Gene] died if we could bury him in space. And that word just got around, people started to talk about it and one day they came and said, ‘Would you like to send Gene’s ashes up?’ I got to send a little vial of Gene’s ashes up. I forget what mission it was, but Colonel Wetherby was the one who took them up as a piece of his personal property. Those guys are allowed two pounds each as they go up. So he took those little vials of ashes with him as part of his two pounds. We watched it on television, the launch, and of course the tears are coming down everybody’s eyes. This is the way it was supposed to be. He’s up there now, going around every 90 minutes, looking down, saying, ‘What have they done to my show?’

[The advent of war flung the door open in Hollywood for young men unfit for call-up to fill the void left by the actors who went off to join the services. Peter was classified 4F (because of his withered arm), and got to speak his first line in a movie, the 1942 smash hit Mrs. Miniver. He was required to run to Greer Garson’s car and yell his solitary line through the open window]: ‘The Jerries are over London in the hundreds. Looks like a big show.’

[Peter often drove Judy Garland to her psychiatric sessions, and he always got an earful from her on the way there and back]: ‘She unleashed on me the torrents of emotion that built up in her relationships with the studio and the men in her life. She grew up with a mother thing and every man tried to be her father. I really went all the way ‘round the mulberry bush with her.’

[Lawford spoke about working on the 1945 film Son of Lassie, one of the year’s top-grossing movies]: ‘Lassie was a vicious bastard! Do you want to know how we did those scenes of affection between man and dog? I had raw meat stuck under my arms and under my shirt and rubbed on my face and stuck up my ‘clyde’, and that animal was eating me alive! What you saw on the screen, what you thought was the true love of a dog for his master, wasn’t that at all…no, it was sheer animal hunger!’ 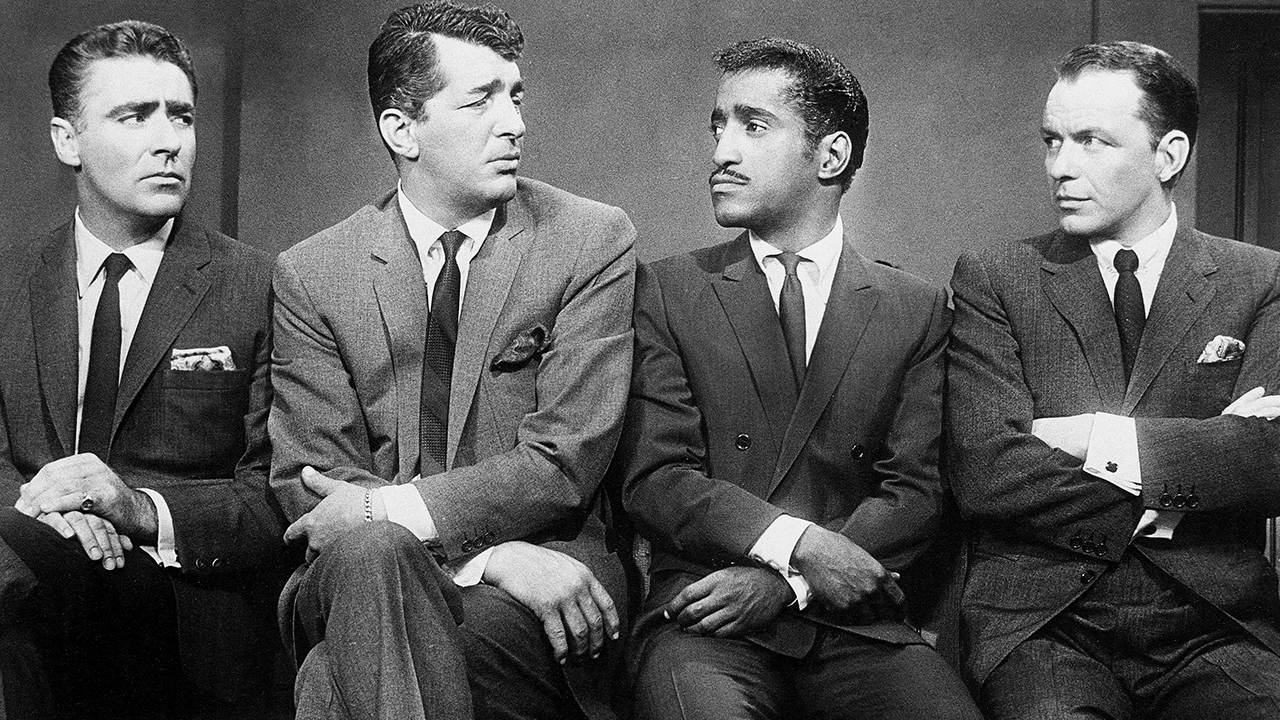 [Peter’s admiration for Frank Sinatra bordered on obsession]: ‘This is such an enormous talent’, he told a reporter. ‘His energy is some kind of magic that a lot of us wish we had. We’re all attracted to him because of that. I don’t want to sound phony, but I consider it a privilege to live in the same era Frank’s in. I do. I think he’s a giant – a fantastic human being…he’s got qualities of energy, imagination, kindness, thoughtfulness, awareness, all those qualities you try to find in yourself and hardly ever do.’

[Despite this infatuation with his idol, Lawford was wary of Sinatra’s temper which could be a fearsome sight indeed]: ‘You have no idea of that temper…I know. I’ve seen it. One time at a party in Palm Springs, he got so mad at some poor girl that he slammed her through a plate glass window. There was shattered glass and blood all over the place and the girl’s arm was nearly severed from her body…Frank paid her off and the whole thing was hushed up, of course, but I remember Judy Garland and I looking at each other and shivering in fright at the time. I did everything I could to avoid setting off that temper.’ 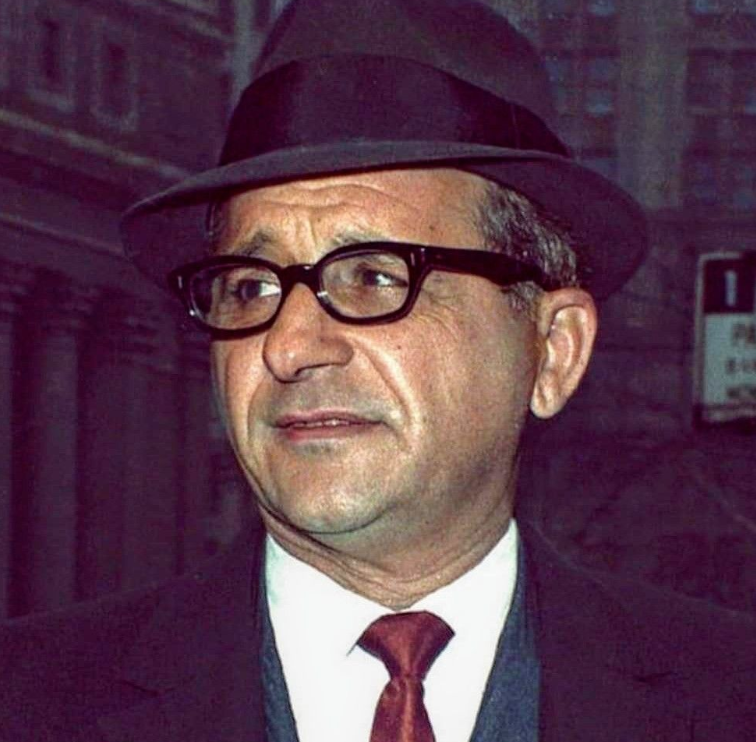 [Through Sinatra, Peter got to know mob boss Sam Giancana, a man who had, by 1960, ordered the torture-murder of over two hundred men who had crossed him or gotten in his way; the same man who was sharing the sexual favours of women like Judith Exner-Campbell with the President of the United States, John F. Kennedy]: ‘I couldn’t stand him, but Frank idolized him because he was the Mafia’s top gun. Frank loved to talk about ‘hits’ and guys getting ‘rubbed out’. And you better believe that when the word got around town [Hollywood] that Frank was a pal of Sam Giancana, noboby, but nobody, ever messed with Frank Sinatra. They were too scared. Concrete boots were no joke with this guy. He was a killer.’

‘It’s easy to offend people. People get uncomfortable, for instance, when the main character in a movie is not sympathetic in a Hollywood formula way. Our movies are loaded with things that aren’t to everyone’s taste. On the other hand, there’s a scene in [O Brother, Where Art Thou? (2000)] where a frog gets squished that everyone seems to like. It’s all right to do the frog squishing.’