Old Will Sonnet (played by Walter Brennan) is an ex-cavalry scout and gunfighter who roams the West with his grandson, Jeff, (played by Dack Rambo), in search of his son and Jeff’s father, James Sonnett, a former lawman and gunfighter. James has avoided seeing his son because an assortment of killers and bounty hunters are dogging him bent on revenge and/or picking up a quick slice of reward money. In his youth he had become disgusted with his father’s continual absence due to army business, so he up and disappeared when he was just seventeen. A few years later, a baby boy is delivered to old Will, accompanied by a letter identifying the child as James’ son. The boy’s mother had evidently died in child birth. The letter also said that James was giving his father ‘a second chance at being a parent.’ Will is grateful for the opportunity and endeavours to steer young Jeff in the right direction. Jason Evers played James and appeared in 14 episodes. In the final show the three generations of the Sonnett family achieve the series’ premise by becoming lawmen in a small town, Will as town marshal; James and Jeff his deputies.

Old Will likes to remind strangers of his prowess with firearms, mentioning that James is an expert pistolero and his grandson is even better. ‘And I’m better than both of ‘em’, he adds. ‘No brag – just fact.’ This last phrase was uttered frequently on the show and became a catch phrase for fans. The overall series concept, however, was always a bit lame and bound to run out of ideas before too long. Set in the 1870s, it was shot in colour and broadcast on the ABC network and would be Brennan’s last TV series. He passed away in 1974 aged eighty. 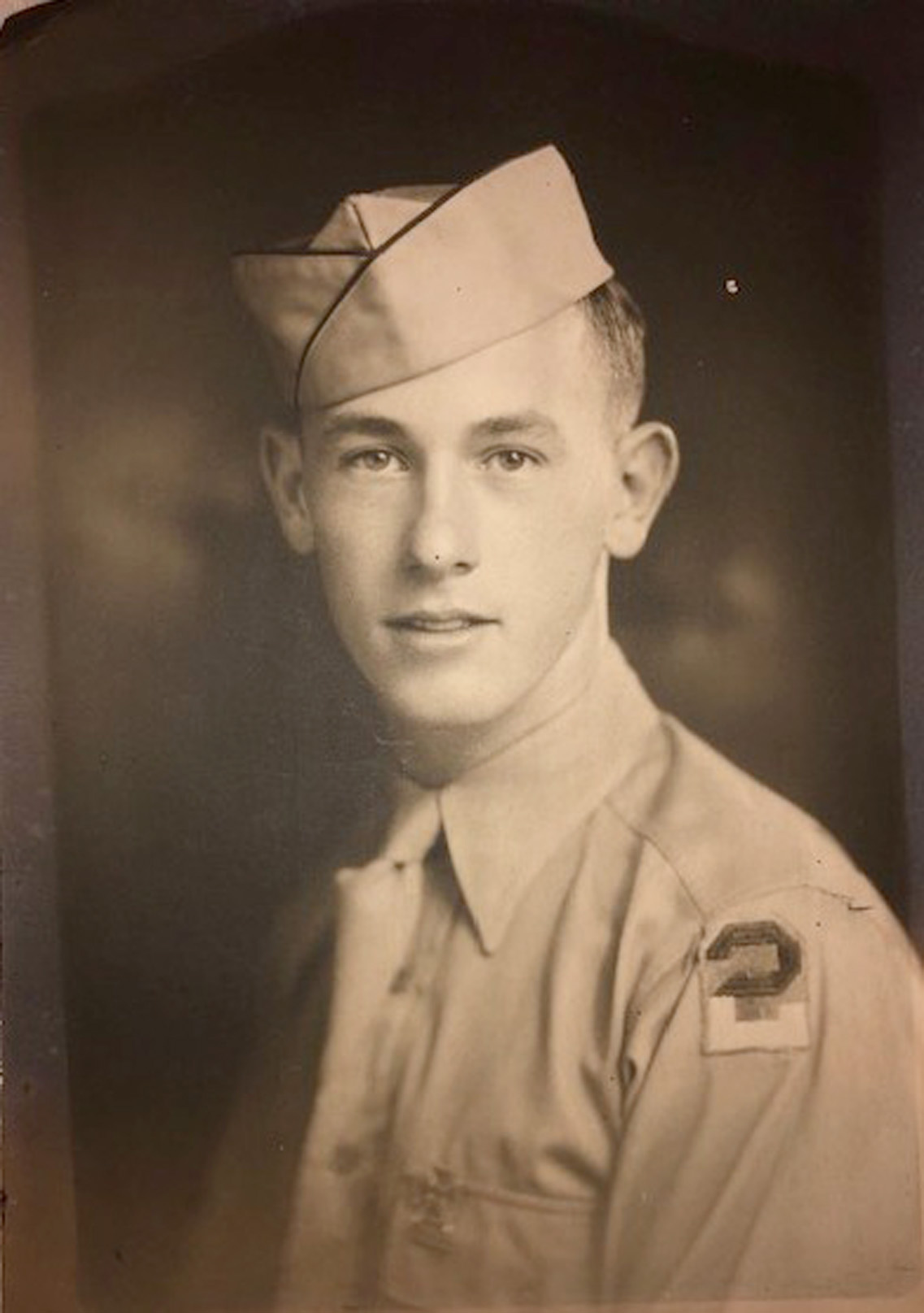 It would probably be accurate to describe Walter Brennan as the most successful (and familiar) character actor in the history of sound films, having won no fewer than three Best Supporting Actor Oscars over his career. After serving in World War One, (where exposure to poison gas was said to have ruined his vocal chords), he grew pineapples in Guatemala for a while, before migrating to Los Angeles and dabbling in the real estate business. He made a fortune but a sudden downturn in the industry wiped out his profits. In need of money, he began working as a stuntman in the movies in the twenties and early thirties and gained a few bit parts along the way. Later, he graduated to minor speaking roles; then to more significant ones. He won his first Oscar for Come and Get It (1936), then picked up two more towards the end of the decade for Kentucky (1938) and The Westerner (1940). 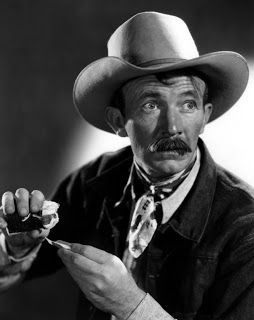 There has always been controversy over the Academy Awards he won because of the voting rules in existence at the time. The Academy permitted extras to cast votes for nominees, and Brennan, who had been an extra for years before more substantial roles came along, was popular among his fellow extra workers. When it came to voting they felt they were voting for one of their own. And there were a lot of extras working in Hollywood movies. Hence, he won three times inside four years, a feat that has never since been emulated. His third win, in fact, led to the disenfranchisement of the Extras Union from voting.

Prior to making The Guns of Will Sonnett, Brennan endeared himself to TV audiences when he starred in another series titled The Real McCoys (1957). Politically, he was as right-wing as it is possible to get. After Senator Barry Goldwater voted against the Civil Rights Act, Brennan campaigned for him in the 1964 election. Television editor Stanley Frazen was on the set of The Guns of Will Sonnett in June 1968, when word came through that civil rights activist Dr Martin Luther King Jr. had been assassinated in Memphis. Frazen recalled that the cast and crew could scarcely believe their eyes as they watched Brennan ‘dance a jig’ and cackle with delight when told of King’s murder! The elderly actor’s jubilance would be repeated in June when news arrived on the set that Senator Robert Kennedy had also been gunned down in Los Angeles!

Throughout the sixties Brennan was convinced that the anti-Vietnam War and the civil rights movements were being run by overseas Communists, an opinion he openly expressed in interviews. As far as he was concerned, the riots in places such as Watts in California, Newark in New Jersey and in Birmingham (Alabama), were the result of ‘perfectly content Negroes’ being stirred up by a handful of troublemakers and Communist agitators with an anti-America agenda. He attempted to justify his views: ‘I’m an American, first and last and always. I served in the trenches for nine months during World War 1, and I haven’t regretted it until the last two or three years. It’s the lefties, that’s what. Everyone in this country ought to have a chance; Jew, Protestant, and…I’m sure all this trouble with the Negroes is caused by just a few of them. I’ve known many Negroes; many of them.’ 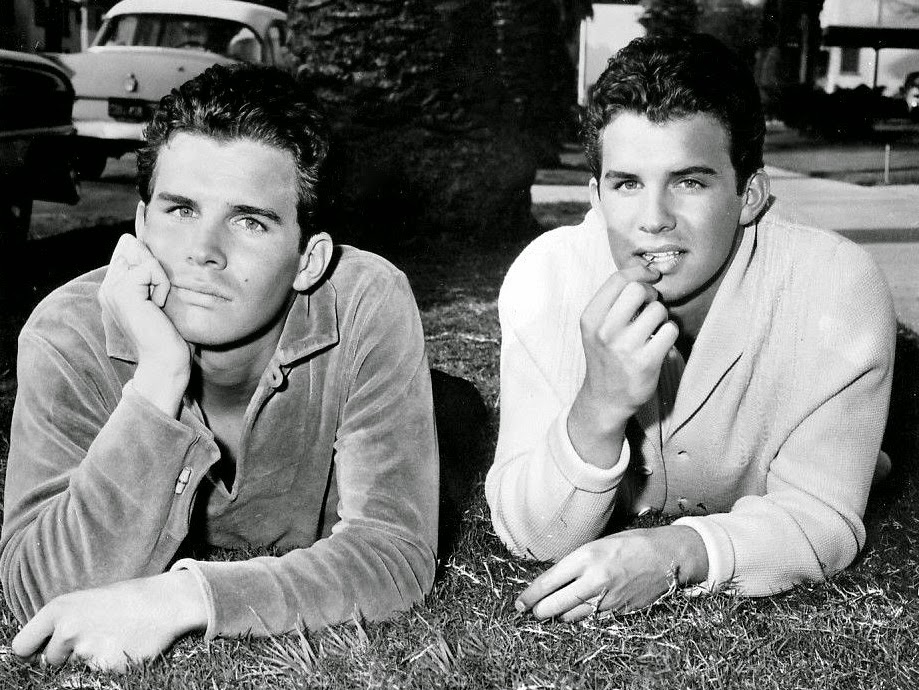 Dack Rambo and his identical twin brother Dirk were born in Delano, California in November 1941, as Norman and Orman Rambo. They were discovered (at age 21) on a church pew by actress Loretta Young for her TV show. Dirk would die in a car crash in 1967, aged twenty-five. The brothers met gay agent Henry Willson and, after their initial season on The Loretta Young Show, joined his stable of mostly gay or bi-sexual beefcake stars (Rock Hudson, Tab Hunter, etc), having happily shed their Norman and Orman Christian names, in favour of the equally dubious Dack and Dirk, names typically bestowed upon them by Willson.

From 1985 until 1987, Dack appeared as Jack Ewing in 51 episodes of the iconic soap opera Dallas on US television. While working on an episode of Another World in August 1991, he learned that he had contracted HIV. He quit the series soon afterwards and made his HIV infection and his bisexuality public, revealing that he had been in intimate relationships with both men and women since his twenties. He died in March 1994, aged fifty-two, of complications from AIDS.