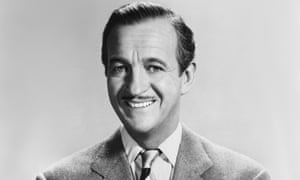 ‘I’ve been lucky enough to win an Oscar, write a best-seller. My other dream would be to have a painting in the Louvre. The only way that’s going to happen is if I paint a dirty one on the wall of the gentlemen’s lavatory.’

[His ‘apparent’ ad lib when a streaker interrupted his Academy Award presentation at the Oscars] ‘Isn’t it fascinating to think that probably the only laugh that man will ever get in his life is by stripping off and showing his shortcomings.’ 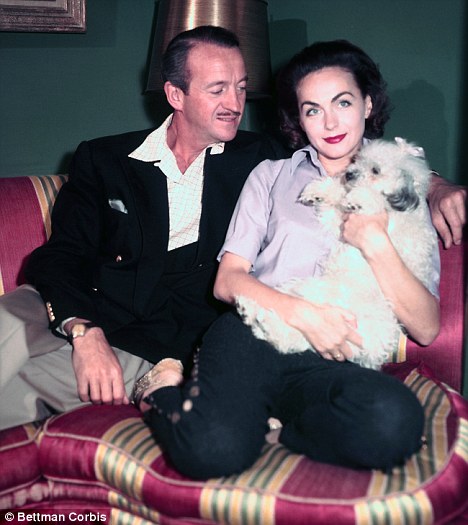 [In 1980, after 32 years of marriage to Hjordis Genberg, his second wife]. ‘She isn’t good company, and she can’t do anything. What she can do is make herself look very good, and she can arrange flowers. But that’s all.’ 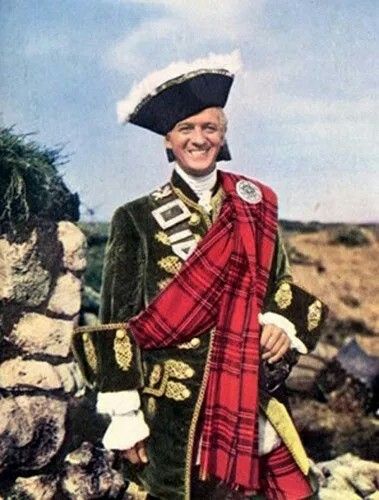 [Regarding the costumes he wore during Bonnie Prince Charlie (1948)] ‘I asked Jack Hawkins to tell me honestly if I looked like a prick. He said, ‘Yes, and so do I’. And he did, too. We all looked like pricks.’

[This is the telegram Niven sent to Tony Curtis, his opponent for Best Actor Oscar in 1958] ‘Congratulations, chum, but I want to make one thing crystal clear. Unless someone happens to be looking over my shoulder, I’ll be voting for myself.’ [Niven won for Separate Tables] 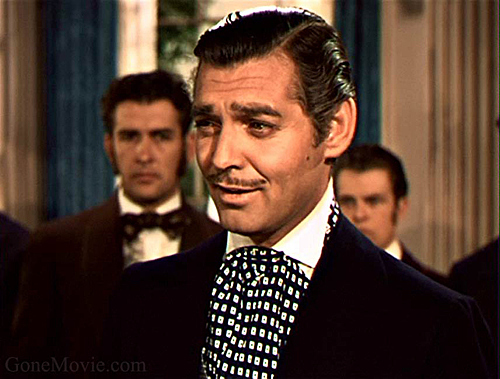 ‘Clark Gable was highly professional. He was a bigger star than we can create today. I was just a mini-star when we made Gone with the Wind (1939). I was afraid to talk to him. People can’t understand it now, but we were in awe. Clark Gable didn’t open supermarkets.’ 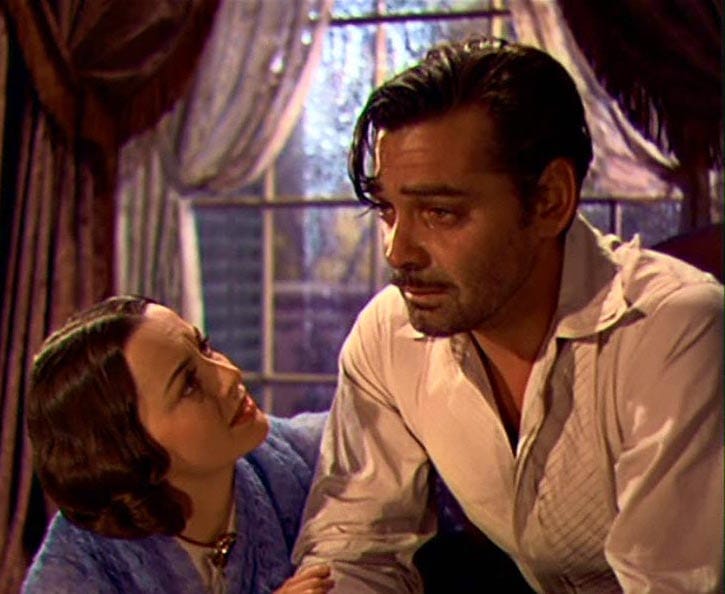 ‘[Clark Gable] was supposed to cry in the scene after the death of his daughter [in Gone with the Wind]. It worried him for days before he was able to do the scene. He never cried on the screen before, and it became an obsession with him. He didn’t think it was masculine for a man to cry. One day he confided in me, ‘Olivia, I can’t do it. I’m just going to have to quit.’ I talked with him and convinced him that the tears denoted strength of character, not weakness. It turned out to be one of the most memorable scenes in the movie. Clark always under-rated himself as an actor. I think his Rhett Butler will live forever as one of the screen’s classic performances.’

[1977, more on filming Gone with the Wind] ‘Vivien Leigh and I were very upset when they fired George Cukor as the director. He was a gentleman and he knew how to direct women. His replacement was Victor Fleming, who was a hunting buddy of Clark Gable’s. Clark didn’t like George Cukor…You know, Vivien was a bitch. All you heard is true. But understandably. She had to be. She had to fight back. They were killing her. She was in every scene of a movie that was heralded as amazing even as it was being filmed. They used her terribly. She worked endlessly. She and I stuck together. We were the women against all the men, but we seldom won. The hours and the working conditions were terrible, but what a joy. Looking back, it was the supreme joy.’

[On Howard Hughes] ‘He was a rather shy man and yet, in a whole community where the men every day played heroes on the screen and didn’t do anything heroic in life, here was this man who was a real hero.’ 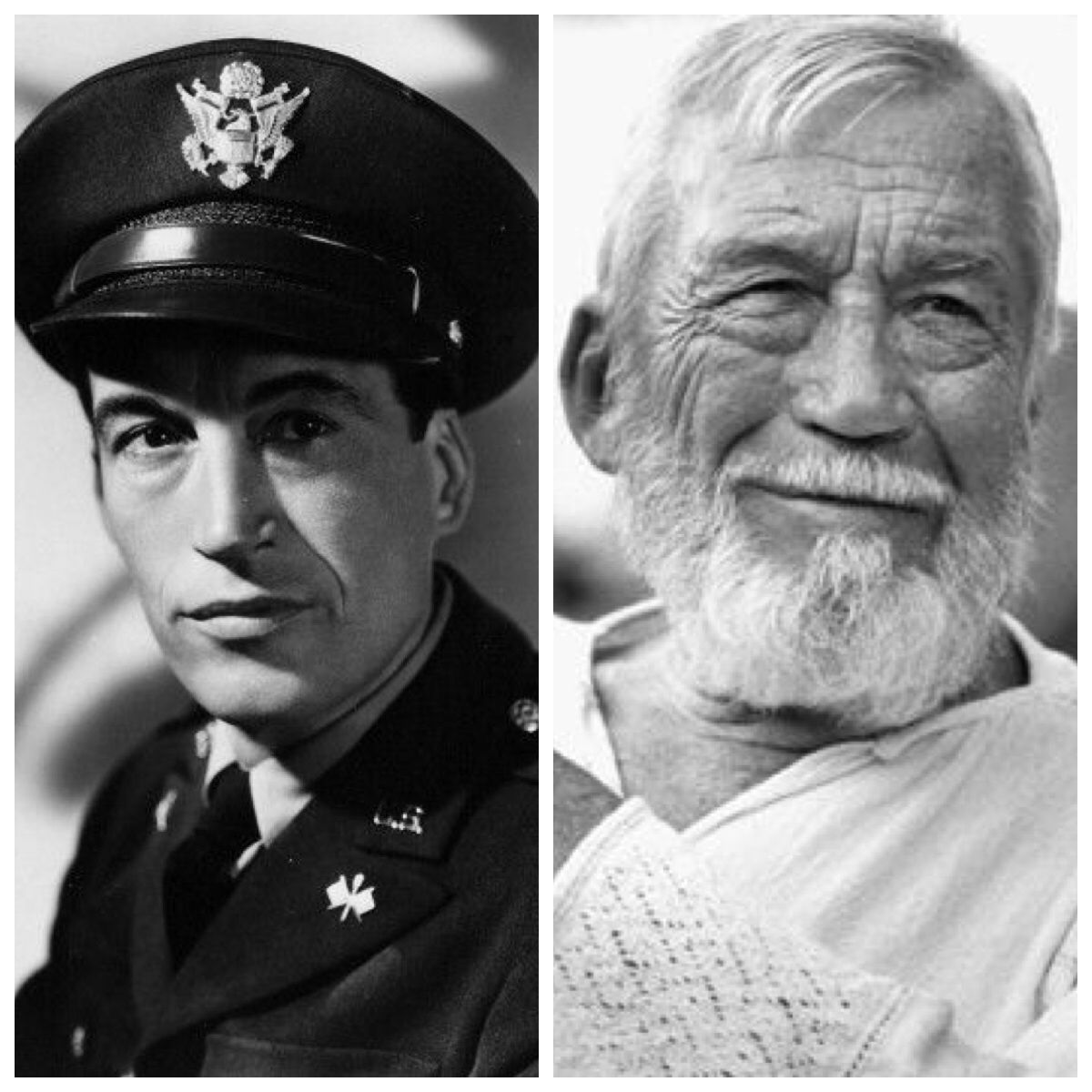 [On John Huston] ‘John was a very great love of mine. He was a man I wanted to marry.’ 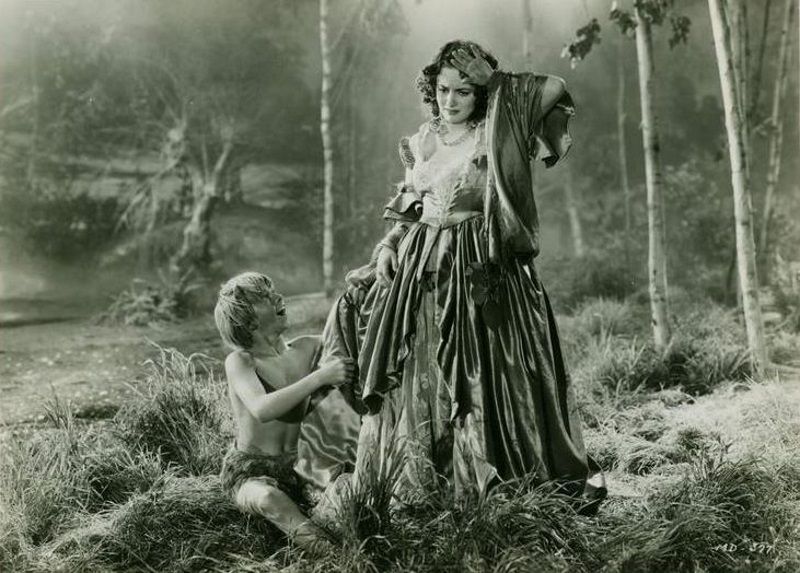 [Her dedication to Mickey Rooney upon his death in 2014] ‘Mickey, Mickey, Mickey. They say you have died but I find this so hard to believe, for you are so live in my memory. There you are in the big room of the Chamber of Commerce Building on Sunset Boulevard in the summer of 1934, a little boy passing easily as a nine-year-old, when you are really 13. You hand me your work copy of A Midsummer Night’s Dream (1935), climb onto the banquette beside me; place your head upon my lap and ask me to awaken you nine lines before your cue…What a memory you have left with me to keep.’

[1979, on the autobiography of her sister Joan Fontaine] ‘My book will have nothing to do with my sister’s. I have not read it, but I think I have become a monomania with her. It is painful to think that her own life is incomplete to such a degree that it’s still so keyed to me.’

‘I was told, when I first started acting, that I had a face of a convicted sex pervert. One casting director actually told me I looked like a child molester. Shows that you can make a career out of anything in Hollywood. When I tell people the movies I did, they don’t believe me. I tell them I did Ocean’s 11 (1960), they laugh at me. I tell them I did Bullitt (1968), they call me a liar. By the time I get around to telling them I was in The Graduate (1967), they’re on the phone calling the nut house.’

[He portrayed chief engineer Scott (‘Scotty’) in the original TV series of Star Trek (1966-69), and spoke candidly of actor William Shatner who played Captain Kirk in the series] ‘I like Captain Kirk, but I can’t say that I’m fond of Bill Shatner. I wish I could say that Bill is a nice man, but he isn’t.’

[On the iconic Michael Myers mask from the Halloween movies which is based on Shatner’s likeness] ‘When my kids were younger, and they’d go ‘trick-or-treating’, and I would go with them, I’d wear the mask. If people didn’t give them candy, I’d take off the mask and blow a kiss.’ 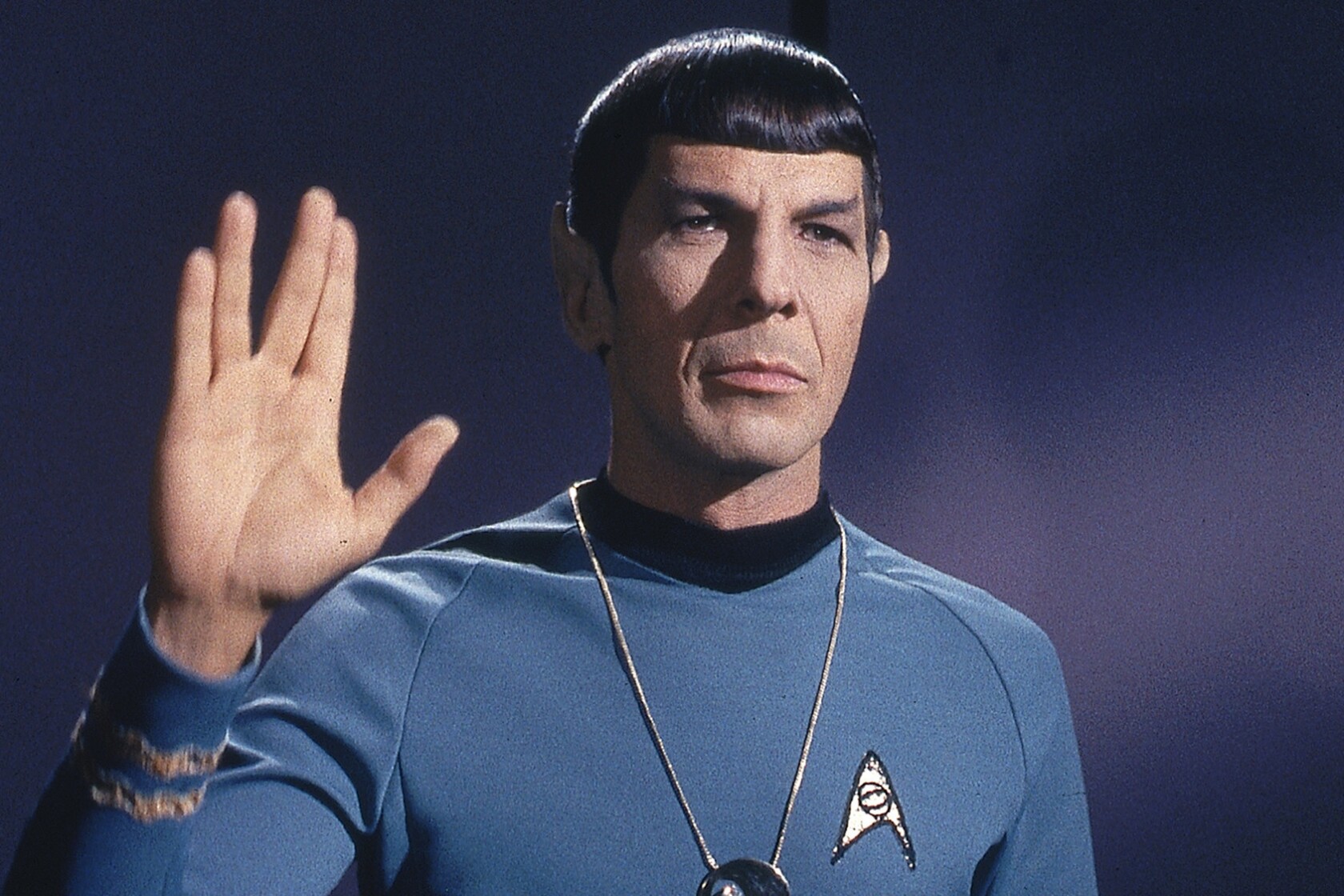 [The actor who played Mr. Spock in the original TV series of Star Trek spoke about life’s irony] ‘My folks came to the US as immigrants, aliens, and became citizens. I was born in Boston, a citizen, went to Hollywood and became an alien!’

[On his gambling on the horses] ‘I lost $2 at Santa Anita and I’ve spent $3 million trying to get it back.’ 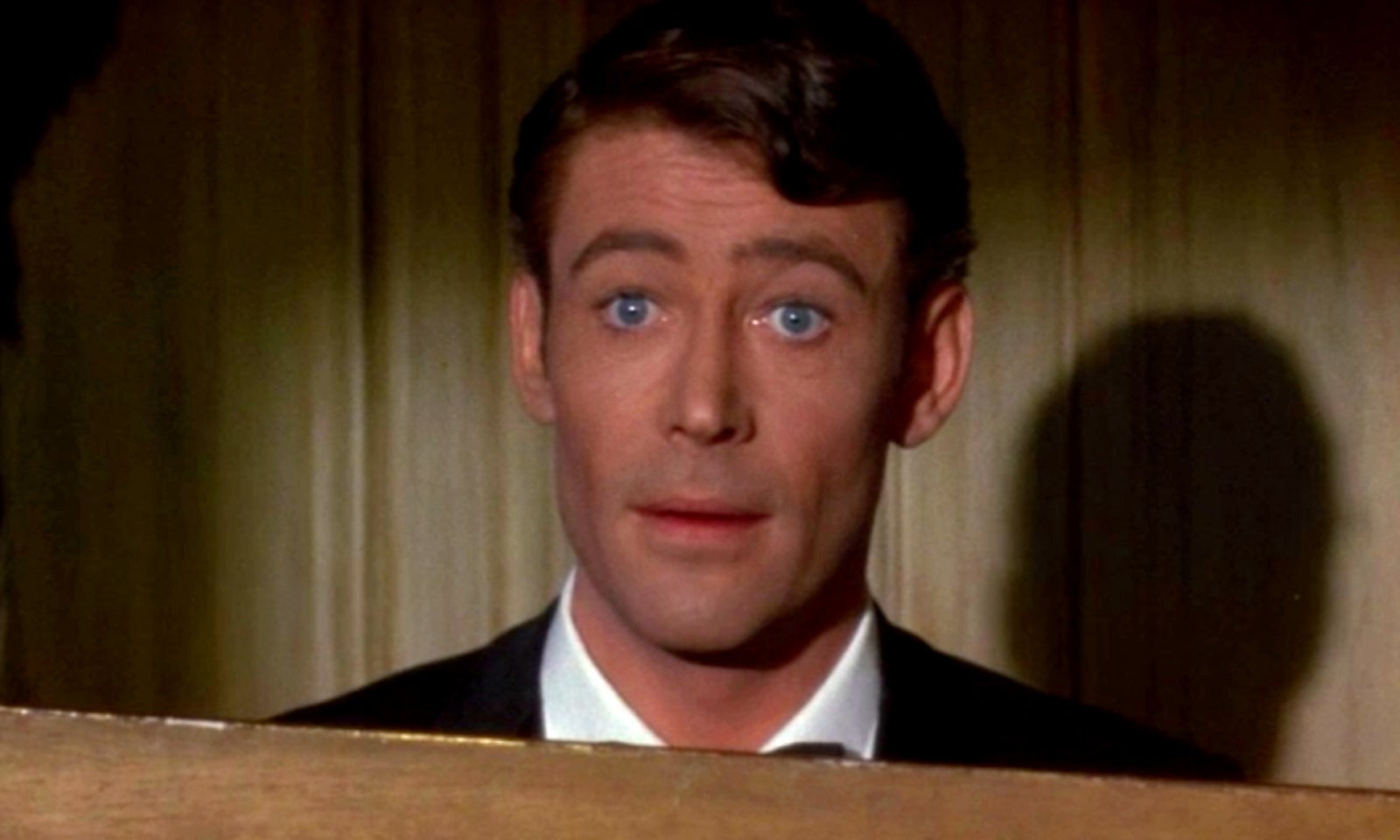 [About his time serving in the Royal Navy] ‘At that point His Majesty felt it was vital to the security of the nation that I join the armed forces…I vomited over every cubic foot of the seven seas.’