Up until the time the first crack in the system appeared in 1948, the movie business was controlled by the ‘Big Five’ major studios – MGM, Paramount, Warner Bros, RKO and Fox – and to a far lesser extent by the ‘Little Three’ majors – Universal, Columbia and United Artists. On the next level were the so-called ‘non-majors’, although how the super successful Walt Disney Studios could possibly be included under that banner escapes me. Others in the ‘non-majors’ group include The Rank Organisation, Pathe, Gaumont Film Company, Embassy Pictures, British Lion Films, Nordisk Film and Titanus.

Well below these three controlling tiers was what was known as ‘Poverty Row’, the less than complimentary term given to the many ‘B’ studios that came and went between the 1920s and the early sixties. These studios produced mostly westerns on small budgets; companies such as Republic, Monogram, Tiffany, Mascot, Majestic, Grand National Films, Larry Darmour Productions and CBC Productions. CBC would, in time, evolve into Columbia Pictures. Other Poverty Row studios would have their moments in the sun, but not often. CBC Productions was founded in 1919 by Harry Cohn who reorganised its structure and renamed it Columbia Pictures in 1924, as it made its way out of the basement. Years later, Mascot Pictures (along with Majestic Pictures) would merge into Republic Pictures in 1935.

Mickey Rooney as Mickey McGuire in the late twenties

Lawrence Darmour headed Larry Darmour Productions when, in 1927, he launched a young screen character named Mickey McGuire in a string of short subjects, 78 of them in all, that were extremely popular for the next seven years. He cast a young unknown named Joe Yule Jr as Mickey and immediately struck gold. Yule briefly changed his name to Mickey McGuire until the writer of the cartoon strip on which the character was based successfully sued him and Darmour. Just how successful Darmour might have become, we shall never know. In 1942 he suddenly died at the age of 47. Yule, of course, would eventually become Mickey Rooney, the number one Hollywood box-office drawcard during the early years of World War Two. 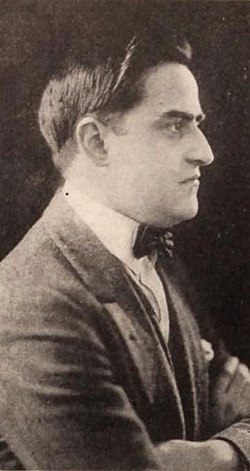 Monogram was created in 1931 by two astute gentlemen named W. Ray Johnston and Trem Carr. The latter was in charge of production, while Johnston negotiated with another independent producer, Paul Malvern, and contracted to release his Lone Star western productions (starring John Wayne, before he hit it big) through Monogram. Enter Herbert Yates of Consolidated Film Industries. In 1935, he intended merging several studios into Republic Pictures. One of those he targeted was Monogram. Johnston and Carr soon found they could not get along with him and withdrew from the venture in 1937; Carr moving to Universal and Johnston embarking upon a reactivation of Monogram. 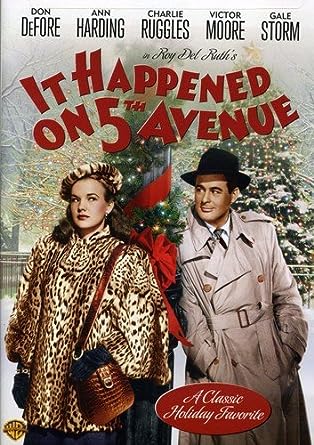 After World War Two, producer Walter Mirisch came on board as deputy head of Monogram and convinced his new boss, Steve Broidy, the days of low-budget movies were fast coming to an end. Television would see to that, he warned. And he was right. At that time the average Hollywood feature cost the big studios about $800,000 to make. Monogram churned out theirs for around $90,000. In 1946, based on the argument put forward by Mirisch, Monogram created a new unit called Allied Artists Productions, its aim being to create costlier, better films. Their first feature, It Happened on Fifth Avenue (1947), cost $1,200,000 and was moderately successful. The Monogram name was ultimately laid to rest in 1953 when the studio officially became Allied Artists Productions. 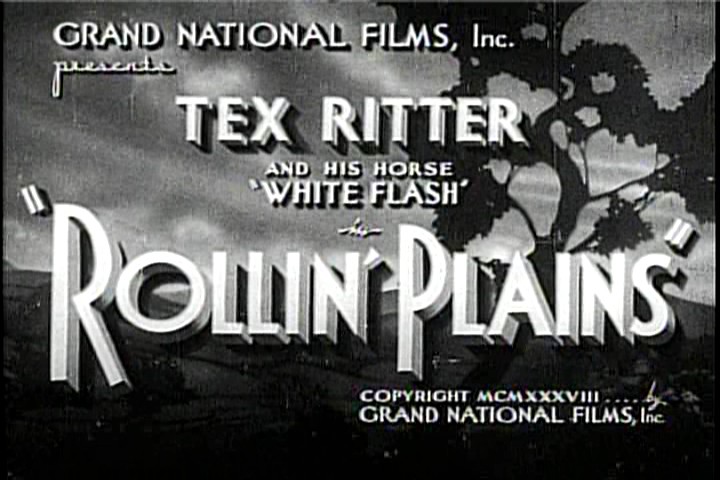 Grand National Films Inc. began with high hopes in 1936, which was understandable, given it had a talent by the name of James Cagney under contract. A victim of its own distribution channel, and despite releasing 100 films by 1939, the studio closed its doors on the eve of WW2. Producers Releasing Corporation (PRC) arrived on the scene as Grand National departed in 1939, but only lasted until 1946 when it was gobbled up by Eagle-Lion Films.

The most successful of all the Poverty Row outfits was undoubtedly Republic Pictures. It survived longer than any of the others – from 1935 to 1967 – well after television had taken root. Like most of the Poverty Row studios, Republic specialised in westerns, B-features that placed emphasis on mystery and action, and serials. So, what did this studio do that the others failed to do? There were several reasons for its survival. First, the studio avoided controversial subject matter, thus staying on the right side of the Hays Office and the Production Code. The other minor studios were forever dodging the Code and paying the price for aggravating the Hays Office.

Second, Republic was not afraid to spend extra money on its productions, partially emulating the bigger studios, and in direct contrast to the other Poverty Row outfits. Republic became a kind of ‘in-between’ studio. It also had some very popular stars under its banner. Admittedly, the likes of John Wayne, Roy Rogers, Gene Autry and Rex Allen were cowboy stars but, after all, westerns were the bread and butter of the studio. Furthermore, the popularity of these stars generated enough revenue to finance pictures of greater quality. Joan Crawford starred in the successful western Johnny Guitar (1954) and Barbara Stanwyck scored another Republic success with The Maverick Queen two years later, but the jewel in the studio’s crown was without doubt the iconic John Wayne. 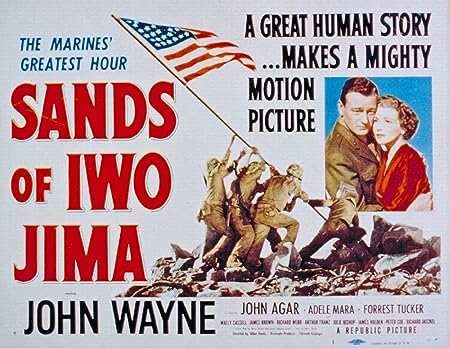 Wayne’s pal John Ford threw him into Stagecoach in 1939 and made him a star. The picture was made by Walter Wanger Productions and distributed by United Artists, so it had nothing to do with Republic, although they had loaned out ‘the Duke’ for the film. Still under contract to Republic, Wayne was 34 at the time of Pearl Harbor, classified 3-A, and therefore, exempt from serving in the armed forces. Studio heads were not about to lose their only A-list star to war service, so when he was later re-classified as 1-A and eligible for service, steps were taken through the Selective Service process to have him deferred. So, from 1942, Wayne starred in eight feature films for the studio, each of which cashed in on his new-found popularity. These included Sands of Iwo Jima in 1949, for which he received an Oscar nomination. The Quiet Man (1952) with Maureen O’Hara was another major hit, but he left Republic soon afterwards. Why? He had been paired with the seriously talentless Vera Ralston in The Fighting Kentuckian back in 1949, and had vowed he would leave the studio if he was ever required to work with her again. It did not help matters that she happened to be studio head Herbert Yates’ lover and soon to become his wife. Anyway, Wayne walked and the studio lost its biggest earner. This, coupled with the advent of television, saw the company cease producing movies in 1959.