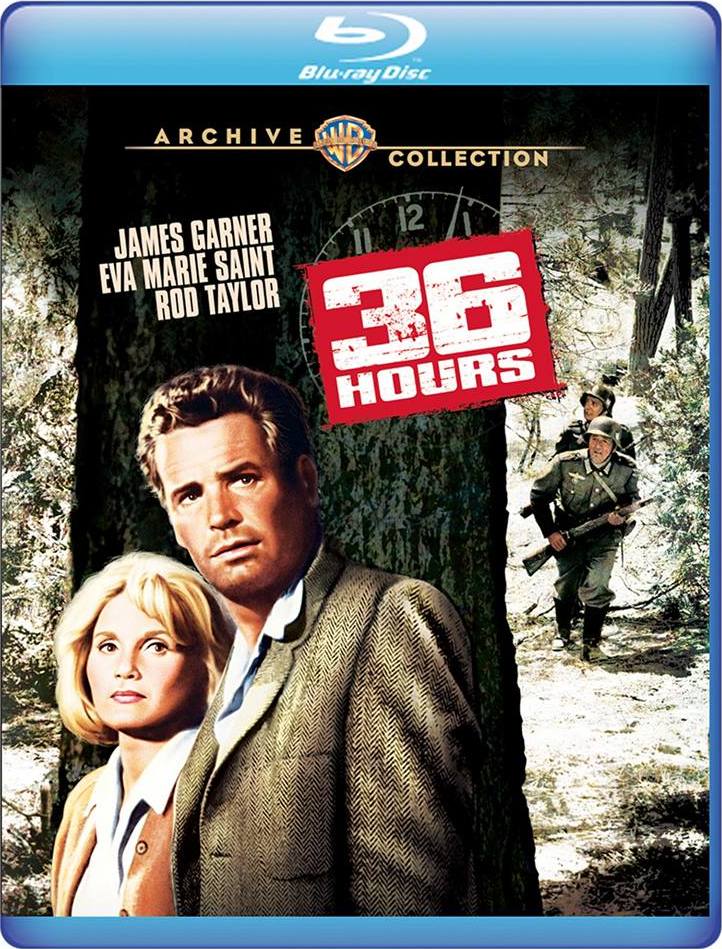 This is an intriguing black and white feature, a slice of Hollywood hokum, cleverly done and well-acted. The story, however, is as far-fetched as it can get. It stars three of my favourite actors – James Garner, Rod Taylor and Eva Marie Saint – so what’s not to like? Well, for starters, we are asked to believe that the Nazis would go to the trouble of kidnapping an American officer who happens to know every detail of the Overlord plan for the invasion of Europe, drug him and have him awaken in a phony US Army hospital years after the war has ended, and then convince him to chat about the ‘old days’, especially what happened on D-Day; troop displacements etc. On the surface it is a nifty plan, one that keeps cinema-goers interested throughout, but could it really happen? Not likely.

Credibility aside, 38 Hours is a fine film that keeps its audience on the edge of their seats wondering if (and when) the officer (Garner) will twig to what is going on. The picture does have a casting problem, however. I am a huge fan of Rod Taylor, but his German officer/doctor is simply too nice. No doubt there were a few decent German officers in World War Two, but one cannot imagine many of them would have been involved with SS operations such as this one. I can think of a hundred actors of the era more suited to play a German than Rod. 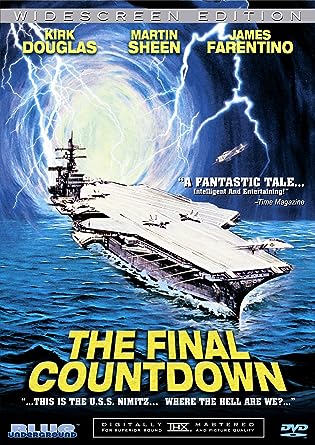 Writing of far-fetched plots, reminds me of The Final Countdown (1980), a movie that belongs in the sci-fi/fantasy genre, but which has at its core the December 7, 1941 Japanese attack on the US fleet in Pearl Harbor, Hawaii. The writers came up with a ‘what if’ scenario. What if the USS Nimitz supercarrier was suddenly caught in a time warp and transported back to December 6, 1941, the day before the Japanese attack. Could it, would it, should it intervene with its massive 1980 firepower and alter history? Was it possible to change history and, if so, what might be the ramifications? All this makes for an interesting debate, albeit a confusing and puzzling one with no outright answers. If the Nimitz could be unleashed on the Japanese fleet of 1941, two things would be bound to happen. Different people would live and die on December 7, and that would impact on future generations. Of course, it is all hypothetical, but intriguing nevertheless.

A scene from The Final Countdown

The picture is a fun experience for movie-goers. We are privy to old radio broadcasts featuring Bob Hope and Rochester over the WW2 Armed Forces Network; a title fight featuring Joe Louis, and a one-sided dogfight between Japanese Zeros and Grumman F-14 Tomcats. Filming of the Tomcats ‘playing with’ the Zeros caused a problem in itself. The Tomcats had to fly at just above stall speed to keep in the same shot as the far slower Zeros. Ever since Charlton Heston came across the ruins of the Statue of Liberty sticking out of the beach sand in Planet of the Apes (1968), I have shared a fascination with time travel with many other fans of that iconic film. The Final Countdown is in my DVD collection and gets a run about once a year. My fascination with time travel is only equalled by my interest in the December 7 attack on Pearl. I look forward to my planned 2020 visit to the USS Arizona memorial in Hawaii. 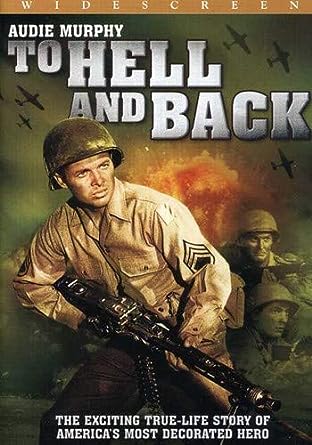 The most amazing aspect of the 1955 war film To Hell and Back is that it stars Audie Murphy playing himself as an eighteen year-old more than a decade after the events depicted had unfolded. He was 30 when filming commenced, yet he easily passed for a teenager. His baby-faced looks seemed to defy time. The enormous box-office success of To Hell and Back would not be surpassed at Universal until Jaws came along in 1975. I have watched To Hell and Back a number of times in my life and it owes its success to just one thing – the presence of its star Audie Murphy. He was never a great actor, but he was charismatic on-screen and, above all, he was likeable. The fact that this innocent-looking young man truly was the most decorated American soldier of the entire Second World War is not lost on movie-goers either. What they see of his exploits in this picture are not false heroics. He really did these things and he was just a boy when he did them. The war itself, as depicted by Universal, is far too clean, far too much adventurous fun, and light years from reality. The only real thing in it is Audie, and that alone makes it worth watching. 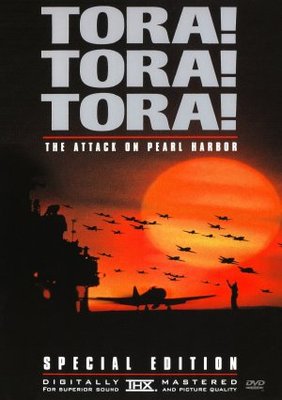 The 1970 blockbuster Tora! Tora! Tora!, a joint enterprise between the USA and Japan, was aimed at delivering a balanced account of the Japanese attack on Pearl Harbor on 7 December 1941. Legendary director Akira Kurosawa agreed to handle the Japanese half of the picture because he had been assured that David Lean would be directing the American half. When he learned that Lean had never been part of the project he withdrew at once. Curiously, the movie flopped in America but was a big success in Japan. Incidentally, it is not often mentioned, but the December 7 date for the Pearl Harbor attack is an American date. Japan is a day ahead of the USA, so it was actually December the eighth in Tokyo that infamous day in 1941.

The wounded American sailor shown firing a .50 calibre machine gun on strafing Japanese aircraft at Kaneohe Naval Air Station, was based on Chief Ordnance-man John Finn. Despite being wounded several times, he managed to hit several second wave Zero fighters, bringing one of them down. He was awarded the Medal of Honor for his heroic action. By the way, the film’s title neither means ‘Surprise! Surprise! Surprise!’, nor ‘Tiger! Tiger! Tiger!’ in Japanese. It means: ‘Attack! Attack! Attack!’ Just thought you might like to know. One of the American cruisers that survived the attack was the USS Phoenix. It went on to have a distinguished career in the Pacific and saw out the war before being sold to Argentina. Re-named the General Belgrano, the vessel hit the headlines in the Falklands War when she was torpedoed and sunk, with great loss of life, by a Royal Navy submarine. Historically, a year can be a long time in politics. Given how outraged Americans were by the Japanese attack in 1941, an attack that was not preceded by a formal declaration of war from the Empire of Japan, it is worth noting that, since 1942, the USA itself, although being involved in a number of wars, has not declared war on anyone either!