It did not take Hollywood long to start altering World War Two history. Shooting began on Wake Island (1942) even before the battle for the island had ended. In all there were 449 military personnel on this tiny speck in the Pacific (plus 1221 civilian workers). By the time the garrison surrendered, 52 military and 70 civilians had perished in the fighting. Watching this movie, however, we might be forgiven for assuming the garrison had fought to the last man. Indeed, a History Channel special aired in 2003 and titled Wake Island: Alamo of the Pacific made that very same mistake; stating there were no survivors of the Japanese invasion at all. Zero! Even the naval officer in charge of the island’s defences, Commander Winfield S. Cunningham, dies from wounds in the movie. Evidently, propaganda works a whole lot better on the masses when the leaders sacrifice their lives along with their men. Commander Cunningham, in fact, survived the war and is pictured below aboard a Japanese POW ship in Yokohama, January 1942.

The opening credits inform us that ‘In this picture, the action at Wake Island has been recorded as accurately as possible.’ Rubbish. In reality there were plenty of survivors of the Wake Island fighting, although most of them were sent to Japanese prison camps. Ninety-eight civilian workers were kept on the island by their captors and put to work building defences. After an American air-raid in October 1943 these civilians were machine-gunned to death by order of the Japanese commandant. One man briefly escaped, but he was later captured and beheaded. The commandant was executed for war crimes in 1945 after the island was recaptured.

Other than the eight major stars listed in the credits, this picture incorporated the services of an extraordinary number of uncredited actors who made careers for themselves years later. These included Hugh Beaumont, Barbara Britton, Hillary Brooke, James Brown, Robert Carson, Don Castle, Dane Clark, Chuck Connors, Frank Faylen, Mary Field and Alan Hale Jr. Even one of Joan Crawford’s future husbands, Phillip Terry, featured uncredited. He and Joan married the year this movie was released. Of the above uncredited players the following would have their own TV series one day: Hugh Beaumont would become Beaver’s father in Leave it to Beaver, James Brown would play Lt. Rip Masters in The Adventures of Rin Tin Tin, Chuck Connors would become The Rifleman, Frank Faylen would play Dobie’s father in The Many Loves of Dobie Gillis and Alan Hale Jr. would one day be known worldwide as ‘the Skipper’ in Gilligan’s Island. 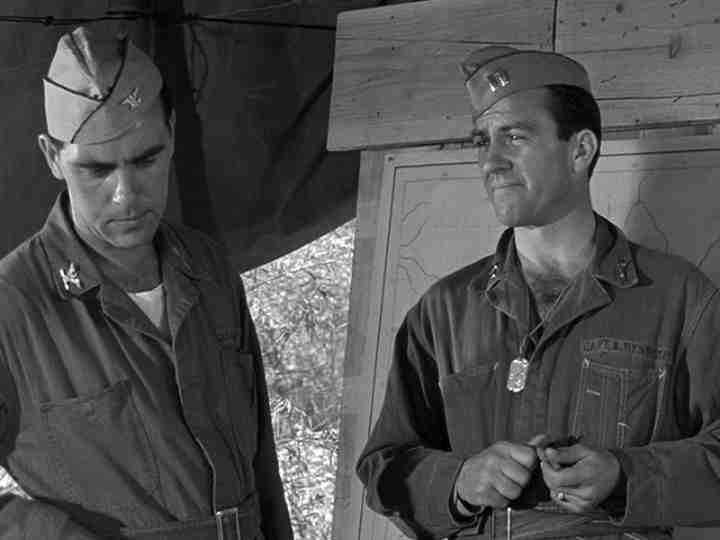 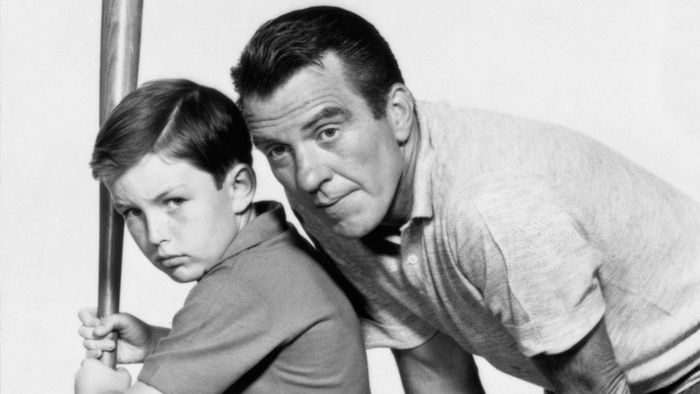 The picture was lauded by the critics on its release and was also a box-office success. Bosley Crowther, the highly acclaimed critic of The New York Times, gave it a huge wrap: ‘A film for which its makers deserve a sincere salute’, he wrote. ‘Except for the use of fictional names and a very slight contrivance of plot, it might be a literal document of the manner in which the Wake detachment of Marines fought and died in the finest tradition of their tough and indomitable corps.’ Well, it was 1942 and the nation needed a bit of a boost in morale. As morale-boosting propaganda Wake Island seemed to do the trick. ‘…a slight contrivance of plot?’ Hardly.

Zulu Dawn (1979) was made 15 years after Zulu, and focused on the battle that took place the day before the iconic defense of the mission station at Rorke’s Drift, the subject of the first film. The Battle of Isandhlwana, which began at 11.30 am on 22 January 1879 ended in one of the worst military defeats in the history of the British Army. As disasters go it was a whopper! An estimated 20,000 Zulus swarmed through the British camp just inside the borders of Zululand and killed every redcoat and auxiliary in sight.

A couple of myths have existed for over a century regarding this battle. Desperate to explain how a British column could be wiped out by a native force armed only with stabbing spears and knobkerries (clubs), the military and some historians tried to convince the world that the cause was one of supply – ammunition supply to be precise. It was said that screwdrivers needed to open ammunition cases were left behind in Natal, and that quartermasters pedantically refused sorely needed cartridges to units other than their own at vital moments in the battle. None of this was true. Part of the cause of the debacle lay in the fact that the firing lines were too far out and spread too thin. Also, the Martini-Henry rifles began to overheat and jam with sustained firing. Once that happened the redcoat lines were breached or flanked and the end was inevitable.

The second myth concerned a report that drummer boys (children) were left hanging on butchers’ hooks and ‘gutted like sheep’ by the dastardly Zulus. First of all, there were just twelve drummers killed at Isandhlwana, the youngest being 18 and the oldest in his thirties. Five so-called ‘boys’ killed, the youngest of them being 16 years old, were all in uniform and, therefore, fair game so to speak. In other words, there were no children present and not a single case of Zulus torturing anyone (young or old) has ever been proven. They certainly killed brutally and without mercy every redcoat they came across but prisoners were not taken, so torture was simply not an issue.

Sir Stanley Baker had produced Zulu back in 1964 and starred in it as the commanding officer at Rorke’s Drift, Lieutenant John Chard. He longed to make a picture about the Battle of Isandhlwana and portray Colonel Durnford in it, but cancer claimed him just two years before Zulu Dawn was made. Burt Lancaster landed the role but he was far too old. Durnford had been a much younger man. Burt had to learn to ride a horse with one arm strapped behind him (Durnford had lost an arm in combat years earlier). 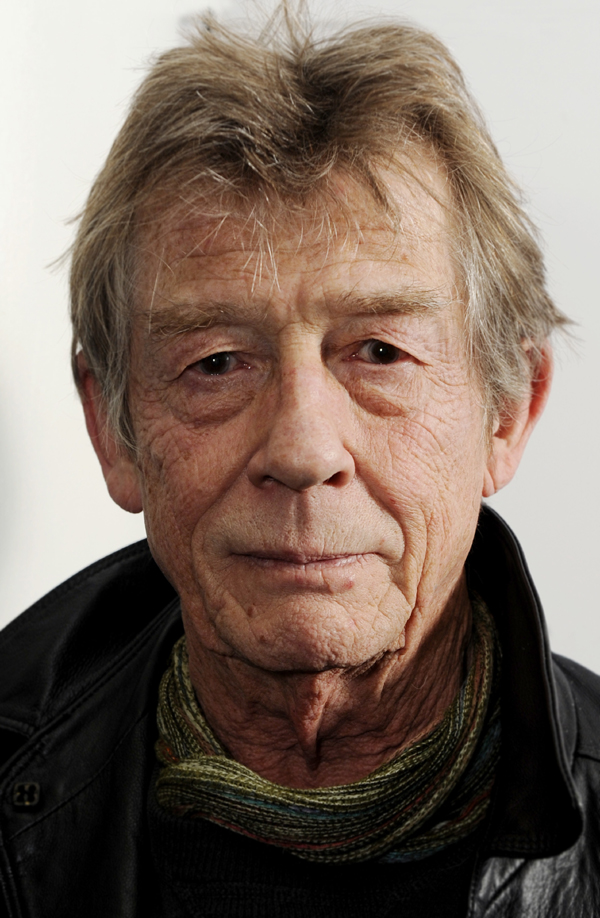 The picture was shot in South Africa which created a problem for actor John Hurt. His role had to be recast after authorities confused him with the American actor John Heard and banned him from entering the country. Heard had been arrested in an anti-apartheid march and Hurt was inadvertently refused a viza. Simon Ward played a real life character named William Vereker. In this movie we see him make it to the Buffalo River with Lieutenants Melville and Coghill who are both killed. Wounded and pinned under his horse, Vereker takes aim and kills a Zulu on the other side of the river as the warrior runs along brandishing the company colors. They fall into the river and history tells us they were recovered months later. In reality they were found still in their casing. Vereker’s fate is left to our imagination. In reality his story was more interesting. The real William Vereker was inside the Isandhlwana camp when it was over-run by thousands of rampaging Zulus. Unable to find his own horse, he grabbed hold of a stray and was preparing to make a dash for it when one of the native contingent told him the horse was his. Vereker immediately handed it over to the man who duly made his escape. Vereker was slaughtered moments later. For a white officer in those days to do such a thing was completely out of the ordinary. The producers chose not to use it. More than likely they felt it would not be believed.

The picture was released in the USA in May 1979, 100 years and four months after the original battle. Unlike Zulu, it was not a box-office success, possibly because it stuck closely to historical fact and remained relatively true to both the Zulu and the British sides of the story. No Hollywood hokum, or very little of it anyway. No big box-office heartthrobs or beauties in it either. Burt Lancaster was 64, Peter O’Toole 47 (and looked every day of it), while Bob Hoskins and Simon Ward were scarcely drawcards. There were no women to speak of and no romance of note. All in all a recipe for box-office oblivion. In Zulu (1964), the makers departed from historical fact left, right and center and created a cinematic classic that is still much-loved today. The creators of Zulu Dawn presented a history lesson that appealed only to history buffs.