I recently watched a 1956 Clark Gable western titled The King and Four Queens and was struck by the beauty of one of the leading ladies, an actress named Sara Shane. Indeed, she was not the only beauty in the picture for it featured one of my all-time favourite screen goddesses Eleanor Parker as well. But I found myself wondering about Miss Shane and how her career and life had panned out. Why had she not gone on to do bigger things? Her story, I soon discovered, is an intriguing one and it has not ended yet.

She was born Elaine Sterling in Kirkwood, Missouri in 1928. Of English-Irish-German descent, she began modelling at 14, while at school in St. Louis, and that led to a modelling contract in New York City by the time she had turned 17. Her great beauty saw her signed to an MGM contract within four months and she was quickly on her way to Hollywood just as the Second World War drew to a close. Her first evening in Hollywood was partially spent on a blind date with a wealthy real estate man named William Hollingsworth. He would become her husband four years later. 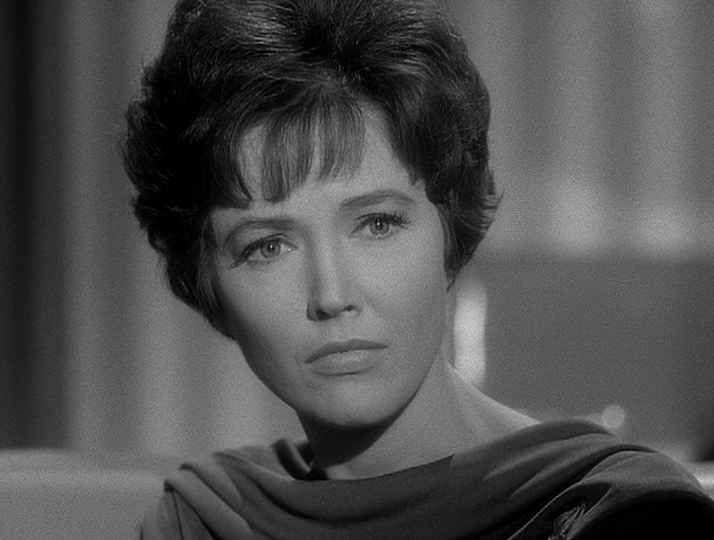 Sara at the peak of her beauty

Still under her real name she made her screen debut in 1948 in Easter Parade. Her first speaking part was in the Esther Williams vehicle Neptune’s Daughter the following year, but her marriage that same year curtailed her acting career for about five years, her husband insistent that she focus on home duties and their son who was born in 1951. Around that time the 23 year-old beauty met and became friends with actress Hedy LaMarr who convinced Elaine to resume her career. She and Hollingsworth separated (they divorced in 1957), and Elaine signed a one-year contract with Universal Producer Walter Wanger who suggested she hire flamboyant agent Russell Birdwell to kick-start her career. He changed her name to Sara Shane (the movie Shane was popular at the time), and commenced a promotional campaign to get her known. Hedda Hopper met her at a party and was greatly impressed by her striking looks. Before long Sara was listed as one of Hollywood’s ‘Debs’, along with Marilyn (soon to be Kim) Novak, Pat Crowley, Anne Francis, Joan O’Brien and others. The National Illustrator’s League named 25 year old Sara ‘the most perfectly boned female in the Americas’. Her 37-23-34 vital statistics may have had a lot to do with their choice.

In 1954 she landed a showcase role in Rock Hudson’s breakout film Magnificent Obsession. Even so, Universal dropped her after one year. ‘I did the whole thing backwards’, Sara reminisced. ‘I should have gotten a firm foundation as an actress, and then gone after the publicity build-up. The Birdwell stunt developed my name to the point where I should have been doing star roles. But I wasn’t ready for them.’ Working freelance she scored a couple of featured roles, including The King and Four Queens and Affair in Havana (1957), but the quality of the films did not improve. Some television work followed until 1959 when she played opposite Gordon Scott in one of the better ape man films Tarzan’s Greatest Adventure. Among the cast was a virtually unknown young man named Sean Connery, about three years before he hit it big as James Bond in Dr No (1962). This was Sara’s tenth and final movie. At the age of 31 she turned her back on Hollywood and moved into real estate, buying, refurbishing and selling houses for substantial profits. 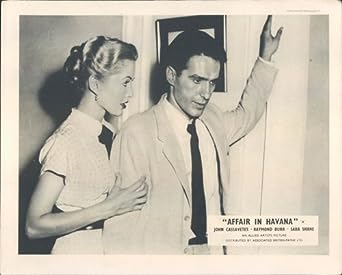 Sara and John Cassavetes in Affair in Havana’ 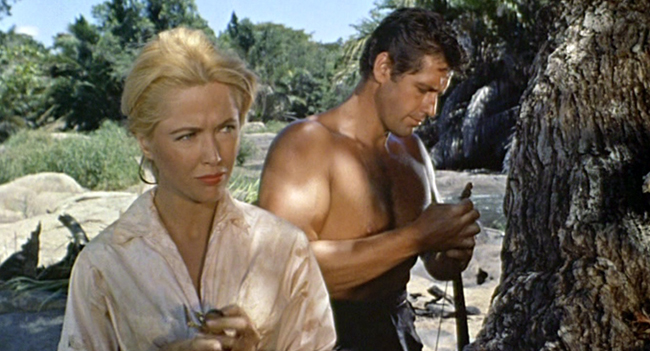 In her mid-thirties she took her son (and her considerable nest-egg) to Europe, living successfully in London, Paris and Rome, before moving again – this time to Africa. By 1964 she was back in Los Angeles doing real estate deals. A friend loaned her a boat for a trip of her choosing, and Sara decided to sail it to the Caribbean! There she fell in love with (of all places) Haiti, then under the dictatorship of the barbaric Papa Doc. Part of her three years in Petionville, a small mountain village outside the capital Port-au-Prince, was spent with actress Yvette Mimieux. They formed a company called ‘Partners in Paradise’ and sold fashions made by poor Haitian women in a villa nearby. Much of the profits were channelled back into benefits for under-privileged Haitian children. Sara also penned anonymous critical articles for publication in local papers, attacking Papa Doc’s corruption and brutality; courageous, but extremely dangerous work. During her Haitian sojourn she contracted dengue fever from a mosquito bite and was gravely ill for some time. In 1971, after three years in Haiti, Sara returned to Los Angeles and published her first book, a novel titled Zulma, about an 18 year-old trans-sexual she met in a Mexican prison during her endeavours to have a friend released from a marijuana possession charge. Then, in 1980, at the age of 52, she packed up yet again and moved to Queensland, Australia.

In Australia, content to put her movie career past behind her, Sara changed her name for the last time, opting for Elaine Hollingsworth, combining her real Christian name with her former husband’s surname. Back in the 1950s she learned about nutrition and health foods inspired by some lengthy conversations with movie star Gloria Swanson. Since then, Elaine has devoted decades to investigating and exposing the dangers and failings of the so-called health industry. She has studied the findings of many lettered experts in the field and has opened a facility in Queensland called the Hippocrates Health Centre. Her best-selling book, ‘Take Control of Your Health and Escape the Sickness Industry’, has sold in excess of a million copies. It takes direct aim at the pharmaceutical multinationals ‘and their medical co-conspirators’; warns about ‘the life-threatening effects of artificial sweeteners’, and explains ‘why soy is not fit to eat’. She has made enemies of some very powerful people but Elaine Hollingsworth has continued to stand by her words. I am neither a medical man nor a nutritionist, so I have no idea if her claims are substantiated or not, but one thing is clearly evident. Elaine herself has no doubts – none whatsoever – and she has been fighting this fight for decades.

In her mid-eighties in Queensland

As of May 2016, Sara Shane/Elaine Hollingsworth has reached the age of 88 and she is still going strong. And she is still a great beauty, although I doubt very much if that is of any interest to her. She has bigger fish to fry. It has been quite a life’s journey for this remarkable woman. Her website title is typical of her lack of fear about upsetting the establishment. It is called ‘www. somedoctorsaredangerous.com’, hardly a name that would endear her to the medical profession, but Sara/Elaine is not about winning popularity contests. Is she right? I don’t know. But I will be buying her book shortly and judging for myself. Two things are undeniable, however. Her book has sold over a million copies and she has been fighting this battle for over 30 years without being closed down. I have watched her video on ‘Soy: The Abominable Bean’, and she comes across as a most sincere, dedicated individual. I have little doubt she is.