In 1945 there were 7,000 TV sets in the USA. By 1950 there were 5 million! The first three shows to run weekly were I Love Lucy, Life with Riley and The Adventures of Superman. Most movie actors did not want to have anything to do with TV, convinced it was a fad that would quickly die out, just like their predecessors in the theatre thought movies were a fad 50 years earlier. How wrong they were – both times.

George Reeves will always be remembered for playing Superman in the fifties TV series The Adventures of Superman. Even his shooting death (suicide or murder?) will never alter that fact. His ‘Superman’ muscles were actually weights sewn inside his costume, quite heavy weights in fact, weighing fifteen or so pounds. TV was in its infancy and money was short, so expensive special effects were not an option. In order for him to ‘take off’, George would run off a hidden diving board and jump over the camera. To ‘land’ he would simply dismount from a gymnastic bar. A kind and generous man, Reeves regularly visited children’s hospitals in costume, where assistants would break balsa baseball bats over his head, and he would bend fake iron bars for the kids’ entertainment. The generally accepted story that George Reeves’ part in the 1953 film From Here to Eternity was slashed because of his fame as TV’s Superman is just not true according to director Fred Zinnemann He stated later in life that all George’s scenes in the picture remained intact. There simply were not many of them to begin with because his was a minor role. Jack Larson, the actor who played Jimmie Olson in the Superman series, passed away in September 2015 at the age of 87. 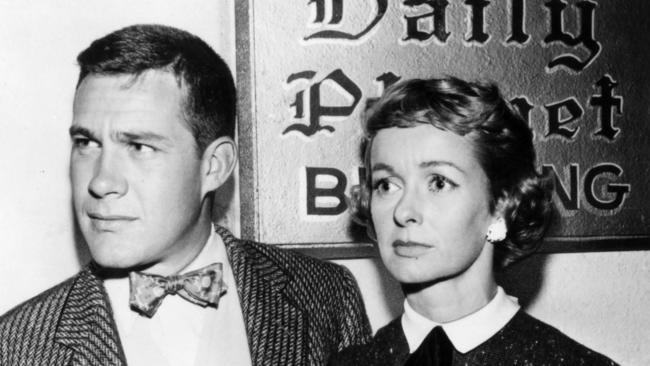 Noel Neill played Lois Lane in the series, beginning in 1953 when she replaced Phyllis Coates in the role. During the Second World War she was ranked #2 of the pin-up girls behind Betty Grable, although to be perfectly frank I have no idea who did the rankings or how they were arrived at. Noel was also a nightclub singer and dancer, contracted to Bing Crosby, and performed at most of the top Hollywood spots including Ciro’s, the Mocambo and the Trocadero. She recently turned 95 and always said that she and Jack Larson adored George Reeves. ‘In between takes, he would look into the camera, lift up his glasses and wink’, she recalled. ‘He was our hero.

Today, it would probably be fair to say that only elderly fans of two TV series from the fifties and sixties would remember the name Efrem Zimbalist Junior. I refer to 77 Sunset Strip and The F.B.I. He played private eye Stu Bailey in the first of these popular series and Inspector Lewis Erskine in the second. And he was very good in both of them. His father, Efrem Zimbalist Senior, was a world-renowned, Russian-born concert violinist, his mother Romanian opera singer Alma Gluck. Dad would live to the age of 94, Efrem Junior would make it to 95, passing away peacefully in his sleep in 2014. Surprisingly, he was a good friend of FBI Director J Edgar Hoover, a man who had very few friends indeed. Equally surprising, he was one of the earliest Hollywood practitioners and proponents of Transcendental Meditation under the Maharishi Mahesh Yogi, well before the Beatles made the man famous. Later Zimbalist converted to Christianity.

In the fifties the unknown Patty Duke won money on TV’s $64,000 Challenge, but amid great controversy. Twelve year-old Patty later admitted to investigators that the answers had been fed to her when she pocketed $32,000 on the show. By the time she made Valley of the Dolls in 1967 her reputation for being a petulant, foul-mouthed, rampaging tyrant was virtually unequalled to that time even by Hollywood standards. Her series, The Patty Duke Show, was a most unhappy set during the three years it aired between 1963 and 1966. Most people put her behaviour down to a combination of excessive substance abuse and an out of control ego. Not until 1982 was she diagnosed with severe manic depression and placed on lithium treatment. Only then did she begin to get her life back and give those around her a much-needed break. One of her marriages (the second) was annulled after just thirteen days. It was to a man she met after her break-up with Desi Arnaz Junior. Patty later admitted that she was pregnant at the time and only married the guy to give her unborn child a name. The child grew up to be popular actor Sean Astin who plays Sam in the Lord of the Rings franchise. Personal problems aside, Patty was a phenomenon at the peak of her popularity. At 12 she became the youngest actress to have her name above the title on a Broadway marquee when she starred in The Miracle Worker, At 16, she became the youngest ever star of her own TV series. 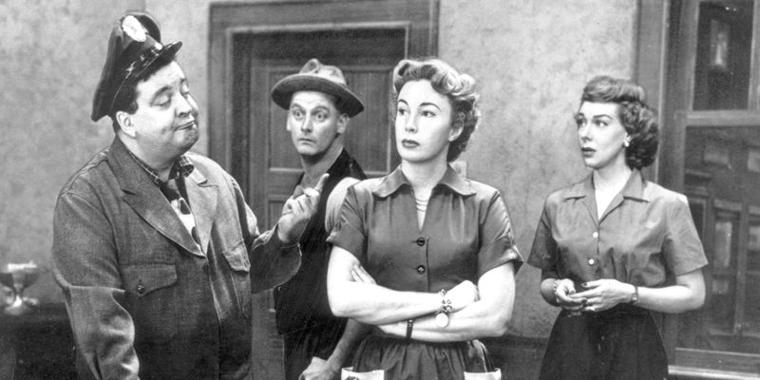 Art Carney won a Best Actor Oscar for his performance in Harry and Tonto (1974), but will be forever remembered as the inimitable Ed Norton on the fifties hit TV series The Honeymooners. Even the show’s star, Jackie Gleason, stated years later that Art was 90% responsible for the series’ success. He married his first wife, Jean, in 1940, but his alcoholism and addiction to amphetamines and barbiturates eventually ended the union 25 years later. After suffering a nervous breakdown over the split he married again, this time for 11 years. In 1979, having overcome his problems, he remarried Jean and they remained together until his death in 2003. If you watch the 1941 romantic comedy Pot ‘o’ Gold, starring Jimmy Stewart and Paulette Goddard, you can glimpse a 22 year-old Carney playing an unbilled radio announcer/band member in his very first screen appearance.

Probably, the most surprising thing about this incredibly popular series is the fact that it was gone after just one season (1955-6). Both CBS and the show’s sponsor Buick wanted a second season, but it was Gleason who put the kibosh on it, concerned that the quality of scripts could not be maintained. Some suggest that his refusal to work again with Carney on anything but ‘Honeymooners’ material may have underlined an ulterior motive. The two would eventually work together again, but not until 1985 in the TV movie Izzy & Moe. All but one of the cast members are now dead. Joyce Randolph (Trixie), a lady who began her career as a chorus girl, recently celebrated her 91st birthday. Only Audrey Meadows (Alice) had the smarts to include a residuals clause in her contract which saw her receive royalties for the show for her entire life. The popular animated series The Flintstones used The Honeymooners as its blueprint for Fred, Wilma, Barney and Betty. 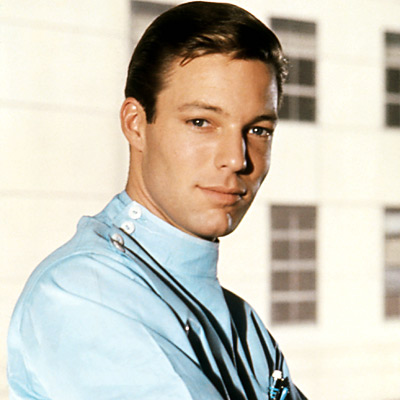