Irving Thalberg, the ‘boy genius’ in charge of production at MGM, died in 1936 while his wife, Norma Shearer, was in the middle of making Marie Antoinette. He was a genius when it came to organizing a film studio and making it run efficiently and profitably. The fledgling company run by L B Mayer had taken him on at $600 a week, although an important clause in his contract guaranteed him 4% of the annual profits on top of his salary. He and Norma wed in 1928, even though everyone knew he was still madly in love with the flighty, yet rather plain-looking Constance Talmadge. He was even known to park outside her house at night to see who brought her home. Irving’s frail health would not permit him to indulge in any heightened sexual activity, yet the vagaries of sex in all its forms held a fascination for him. In fact, he found sublimated sex in nearly everything he saw or read. His marriage contained strict rules about vigorous copulation and Norma was expected to restrain herself, no matter what. 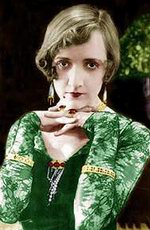 The union gave Norma the keys to the kingdom and first dibs on any good roles at the studio. Just why Irving fell for her in the first place has puzzled historians for decades. He surely would have known all the sordid details of her past long before they wed. Victor Fleming, the 40 year-old promiscuous, half-Cherokee director, would certainly have bragged about his many trysts with her. The ‘boy’s nights’ attended by Fleming, Irving and the rest of their exclusive macho clique were the scene of much bragging and intimately detailed descriptions of conquests. Norma was no raving beauty either, and Thalberg could virtually have his pick of the studio talent if he wished. The most likely answer is that poor, doomed Irving desperately wanted children and she was prepared to give them to him in the time he had left. Providing the acts required to achieve this were not too vigorous that is.

Much of Hollywood reckoned that Norma schemed her way into his heart by lavishing as much attention on his domineering mother Henrietta, whose prime concern was for her boy’s health. Norma always insisted on being brought home early from dates because the old girl believed late nights were bad for her son. Henrietta was mortally afraid that sexual activity would ultimately do him in. Fortunately, Norma seemed less interested in that aspect of the relationship than Talmadge and other contenders, so she met with mum’s approval. But it was all an act. Norma had to suppress her considerable sexual needs throughout the marriage, and she handled this by insinuating a sexual and sensual level into the roles she played, a ploy that did not go un-noticed by her male co-stars. In doing so she became a public sexual icon. Her husband, on the other hand, told writer Anita Loos he believed sex was ‘comic rather than dramatic material’.

Irving looked after Norma’s brother, Douglas, as well, by giving him the very important job of Sound Director shortly after The Jazz Singer heralded the arrival of talking pictures. He soon proved to be good at his job, but became notorious for his multitude of adulterous affairs with young hopefuls on the lot. His wife, Marion, put up with this for a long while, but eventually she snapped. Utterly despondent, she went to the Venice Pier Amusement Park shooting gallery, picked up a .22 calibre pistol there and shot herself through the head in front of hundreds of horrified on-lookers. Howard Strickling later informed the media that she had suffered from acute depression for years. It was a lie, of course.

Irving passed away before the very expensive Marie Antoinette completed filming. MGM desperately needed Norma to get back to work as soon as possible after the funeral, a touchy situation for LB Mayer because it was common knowledge at the studio (and to Shearer as well) that he was quietly glad to be rid of his popular assistant. LB was now back in complete control of productions again – all productions – but there was still the dead man’s last will and testament to contend with. Irving had written a watertight document, guaranteeing Norma ten percent of the future net profits of all her late husband’s films made between 1924 and 1938. Furthermore, she was to receive a minimum of $2 million cash and could purchase MGM stock at below market price. At first Mayer fought her, but Norma had him over a barrel because of the enormous amount invested in Marie Antoinette. In the end he capitulated and the grieving widow duly reported to work again to complete her dead husband’s pride and joy.

Irving’s early death opened the sensual floodgates for Norma and she quickly embarked upon several affairs (see HWAA volume 1). Years later, she met and fell in love with a ski instructor named Martin Arrouge who was twelve years her junior. She was a very rich woman and her new fiancee was earning a meagre $150 a week, so the allegations soon flew. Even so, the pair married and remained happily together until Norma’s death in 1983. A fitness fanatic, long before this became commonplce for women, Norma’s daily regime was impressive, even when she was in her sixties. Each morning she would rise at 5am to go jogging, followed by an hour soaking in an ice bath. There would be further callisthenics in the afternoon, a long walk in the evening and then, in the middle of the night, she would don her leotards and exercise to music. A friend at that time recalled: ‘Once, I saw her getting out of the bathtub. She had an incredible body, like a young girl’s. But the face was old. I seemed to be looking at a head and a body belonging to a different person. But she always refused to consider a facelift’. Sadly, Norma’s mind deteriorated long before her body did. Her final years at the Motion Picture Country House/Hospital were lived in a fog of fragments of memories amid an ocean of bewilderment. At times she would take it into her head to run down the corridors, opening doors and yelling, ‘God bless you, God bless you!’ to whoever was there. Mostly she asked: ‘Are you Irving?’ to those she encountered, including her attentive husband who visited her every day. On her death from pneumonia at 80 in 1983, she was interred in the marble pavilion that contained the remains of her famous first husband.