This Alfred Hitchcock directed drama focuses on the aftermath of a confrontation in the Atlantic between a merchant ship and a German U-Boat during World War Two. Survivors from various walks of life are left adrift in a lifeboat on the ocean and the tension heightens considerably when they pick up another survivor – a crew member of the U-Boat that had sunk them. Tallulah Bankhead, John Hodiak, William Bendix, Canada Lee, Hume Cronyn, Mary Anderson and Walter Slezak (as the German), portray the main characters. 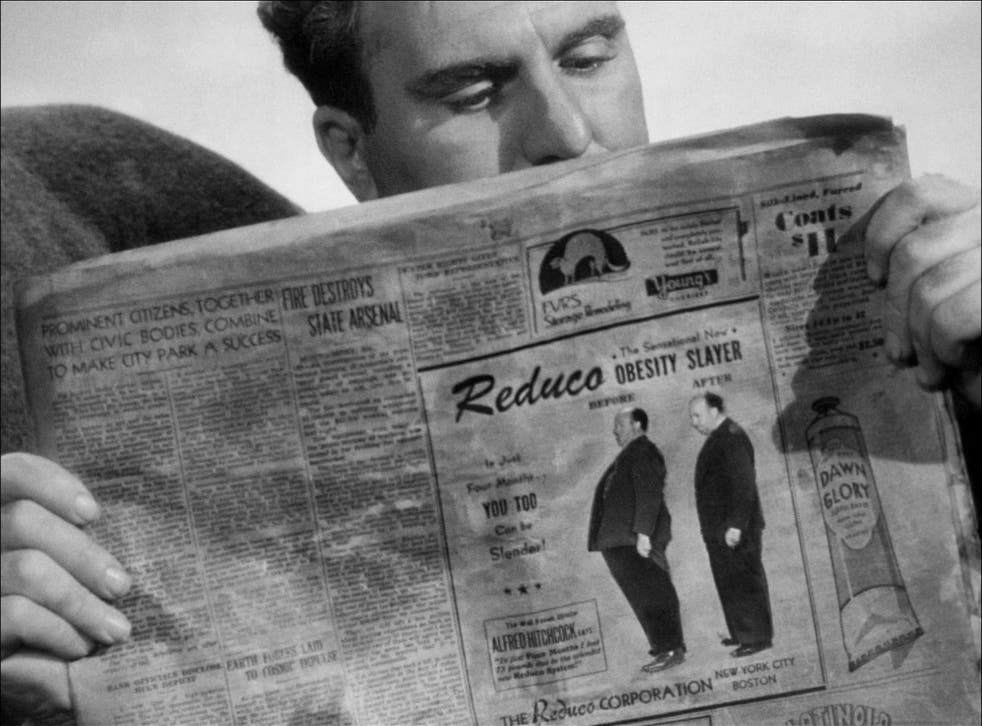 The entire movie was shot on a restricted set in which the boat was secured in a large studio tank. Striving for realism, Hitchcock insisted on it being in motion at all times. In the same search for authenticity he chose to not have a musical score throughout the narrative, arguing that the audience would otherwise be wondering where the music was coming from out in the middle of the ocean. Composer David Raskin retorted: ‘Ask Mr. Hitchcock to explain where the camera came from and I’ll tell him where the music comes from.’ 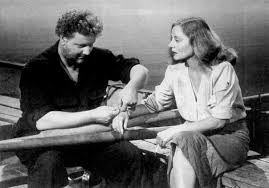 In his book titled The Dark Side of Genius, Donald Spoto wrote that Tallulah would climb a ladder every day to reach the tank where the filming took place. She never wore underwear and regularly received an ovation from the crew. When advised of this situation, Hitchcock observed, ‘I don’t know if this is a matter for the costume department, make-up, or hair-dressing.’ Tallulah was a great many things but a ‘shrinking violet’ was definitely not one of them. In short, she enjoyed being outrageous and was a born exhibitionist.

Motion sickness was a problem for the entire cast at one time or another. Tallulah caught pneumonia on two occasions; Hume Cronyn almost drowned after being trapped under a large metal water-activator, used for creating waves. A lifeguard, hired especially for the production, saved him in the nick of time. Other cast members caught pneumonia following constant exposure to the cold water. 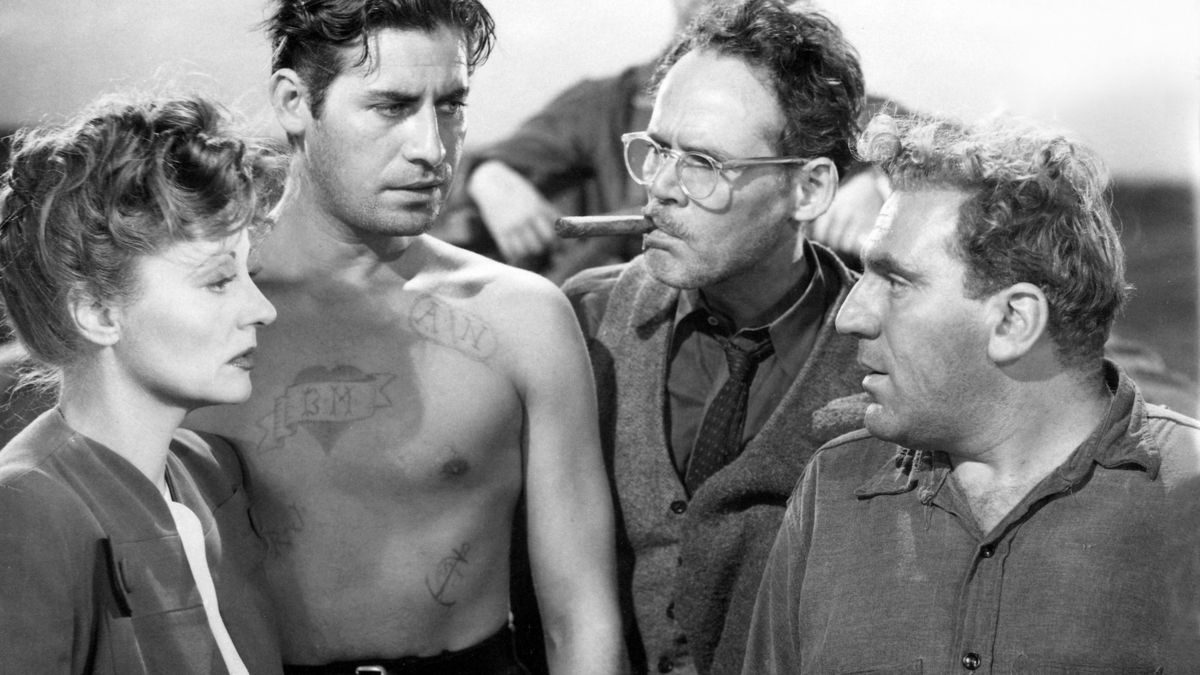 It was common knowledge that Hitchcock liked to make cameo appearances in his movies, but this particular picture was set in the middle of the ocean and focused entirely on the survivors in the lifeboat, so putting in a cameo appearance seemed impossible. He solved the problem by having a newspaper float past featuring a ‘before’ and ‘after’ advertisement for ‘Reduco’ Obesity Slayer pills. The photos in the ad are of Hitch himself. Incredibly, following the movie’s release, people called the studio and wrote to him, asking where they could obtain the product! 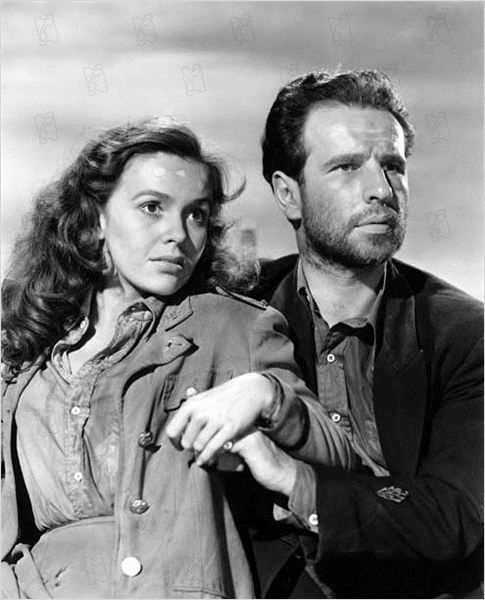 Lifeboat was not a financial success at the box-office, one of Hitchcock’s few failures. Critics and audiences alike thought his treatment of the German (Slezak) made his character seem to be morally superior to the bickering assortment of ‘Allied’ survivors. Hitchcock rightly argued that the stronger he made the ‘villain’ of the piece, the more heroic would be the character who brought him down. The script was also criticized for its ‘stereotypical’ depiction of Canada Lee’s character. He played the African-American Joe Spencer. Appraisal of this movie has improved considerably since then.

When I was growing up in Fremantle, Western Australia, The Phantom comic books were the ones to own. I don’t know about the rest of Australia, but in WA they were the comic books to die for in the late forties and early fifties. I had a pile of them, courtesy of my uncle and his mates handing me their collections when they discovered that the pursuit of pretty girls was far more exciting than reading even Phantom comics! For some reason it took until 1996 before my boyhood hero finally became the star of his own movie. The possibility of sequels, furthermore, are remote indeed, because it sunk like a rock at the box-office. Billy Zane as The Phantom

Billy Zane was cast in the title role and he was a pretty good choice. He had been introduced to the comics in Australia while he was making Dead Calm (1989), and had become a huge fan, so much so that he actively pursued the lead in the film when it came up for grabs. The movie was a complete failure at the box-office but did a roaring trade in VHS and DVD sales, even though few people went to see it at the cinema. It really isn’t all that bad, in my opinion, but maybe I am biased to some extent. Once he secured the role, Billy pumped iron for over a year and seriously bulked up to play it. Consequently, the muscular build you see filling out the hero’s costume is all Billy. His performance directly led to him being cast as Caledon Hockley in Titanic (1997). 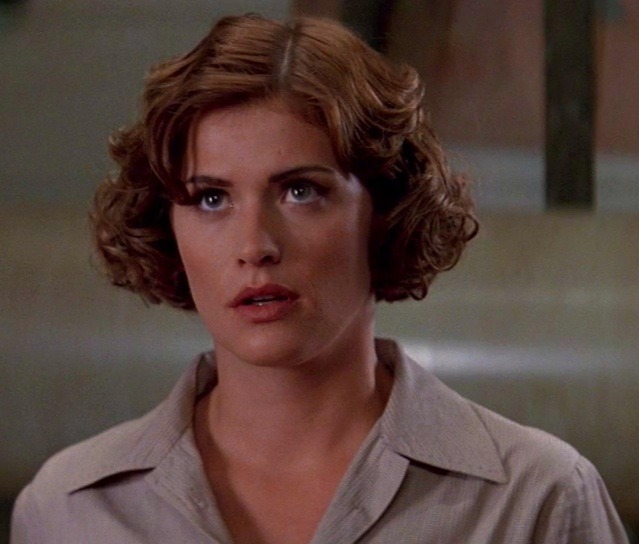 Evidently, Phantom comics had been extremely popular for decades in, of all places, Turkey, where they were published under the title ‘Kizilmaske’ (The Crimson Mask). The publications were printed in black and white, but the colour covers, (painted by world famous cover artist Aslan), always depicted The Phantom in bright red costume. When the movie was released in 1996, Turkish cinema-goers were generally stupefied to see him in his mostly purple costume. Mercifully, the producers had decided against having Zane wear The Phantom’s trademark striped underpants! Incidentally, he opted to shave his head to enable The Phantom’s cowl to be as close-fitting as possible, which meant that all Billy’s scenes in which The Phantom’s alter-ego Kit Walker featured, (minus the cowl, of course), had to be shot first. 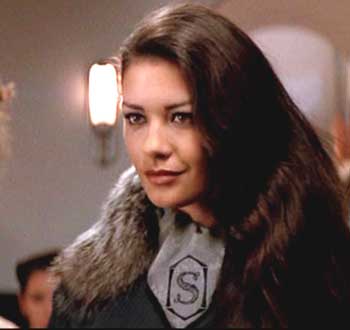 When the movie was first being considered in the late eighties and early nineties, Dolph Lundgren was the front-runner for the role of The Phantom. Jennifer Lopez was later a strong candidate for the role of the evil aviatrix, Sala, but that would eventually go to Catherine Zeta-Jones who, at twenty-six, was at the height of her considerable beauty. The director, Simon Wincer, selected her because had worked with her before. As tributes to the creator of The Phantom, Lee Falk, and to his first artist, Ray Moore, the Palmer family’s butler was given the name Falkmoore. Filming of the Palmer mansion, by the way, was done inside Hugh Hefner’s sumptuous Playboy mansion. 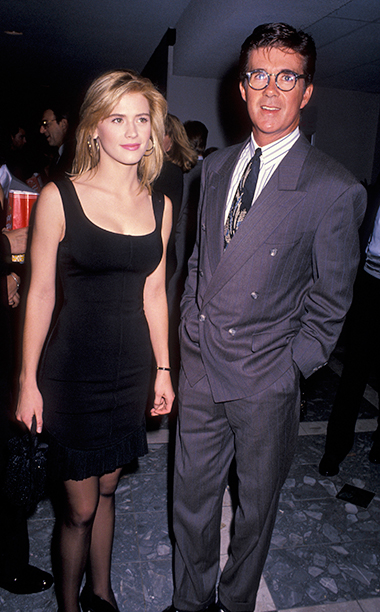 Kristy Swanson was cast as Diana Palmer, the Phantom’s love interest. She was the original Buffy Summers in the 1992 feature Buffy the Vampire Slayer; before Sarah Michelle Gellar came along in the TV series. Kristy was sixteen years old and working at Warner Bros Studios when she first met actor Alan Thicke (he played Dr Jason Seaver in Growing Pains), and the two became involved by the time she had turned seventeen and Thicke had turned forty! They were engaged to be married two years later but ultimately went their separate ways. In 2009 Kristy wed her boyfriend Lloyd Eisler, a Canadian skater who had previously won two Olympic medals. They have a child and are still together as of 2021.