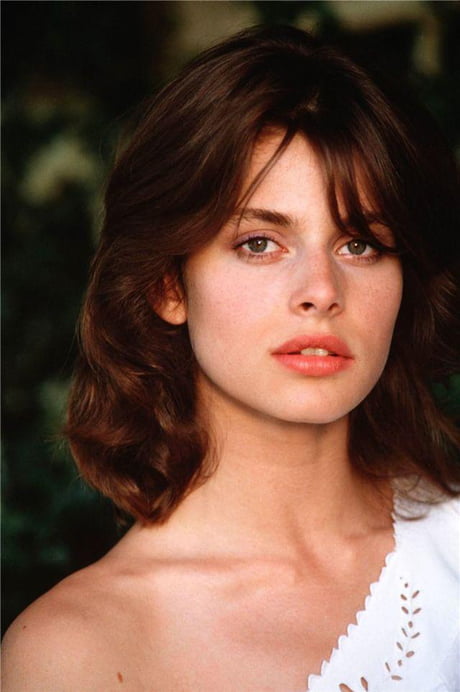 The daughter of disturbed actor Klaus Kinski entered this world via Berlin, Germany in 1961. Klaus ditched her mother for another woman and young Nastassja soon found herself supporting both her parents at thirteen, partly through her appearing topless at that age in The Wrong Move (1975). Worse was to follow. At the tender age of fourteen she did full frontal nude scenes in To the Devil a Daughter, shot in 1975. Nastassja met director Roman Polanski in 1976, and he convinced her to study method acting with Lee Strasberg in the United States. It almost goes without saying that the ever eager forty-three year-old Polanski seduced the fifteen year-old beauty on the very first night they met. Seducing under-aged girls was nothing new to him. As he proudly boasted in his autobiography titled Roman, the two remained friends after their break-up despite the brouhaha over her age. Her relationship with twenty-one year old British actor Gerry Sundquist in 1977 did not last long. In 1993, he would be experiencing drug problems when he ended his life by leaping in front of a train at Norbiton Railway Station.

Italian screen heartthrob Marcello Mastroianni also enjoyed an intimate relationship with the sixteen year-old girl that lasted almost twelve months. Interestingly, Nastassja went to school with the future ill-fated lead singer for INXS, Michael Hutchence. Photographed by Richard Avedon, with a Burmese python coiled around her naked body, Nastassja’s image as a sex symbol was assured when the shot appeared in the October 1981 issue of US Vogue. In 1980, she became romantically involved with director Milos Forman. French actor Gerard Depardieu was rumoured to be her lover in 1983 and she also dated Rob Lowe when they made The Hotel New Hampshire (1984). 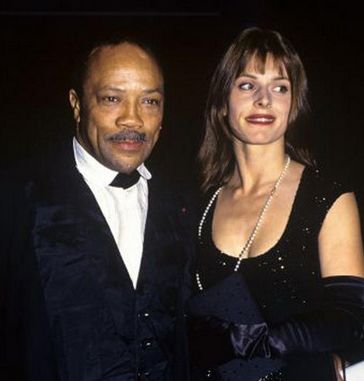 In June 1984, Nastassja gave birth to a son by Italian director Vincent Spano. A German magazine listed no fewer than eight names of possible fathers to her child. In September of that same year she wed Egyptian producer Ibrahim Moussa, their seven and a half year betrothal producing a daughter in March 1986. Whilst living with musician Quincy Jones from 1992 to 1995, Nastassja bore him a daughter in ’93. Other lovers are said to have included Jon Voight (twenty-two years her senior) and the diminutive Dudley Moore.

Hedy was born Hedwig Kiesler in Vienna when the city was part of Austria-Hungary. Her fascination with the cinema began at an early age and, by 1931, she had appeared in four German films. However, it was her fifth picture, released in 1932, that brought her international fame. It was titled Ecstasy, and in it she not only appeared nude but simulated having an orgasm in one scene. It caused a sensation world-wide and was even banned in the USA (which only added to its allure). By today’s standards, of course, the scenes were very tame indeed. 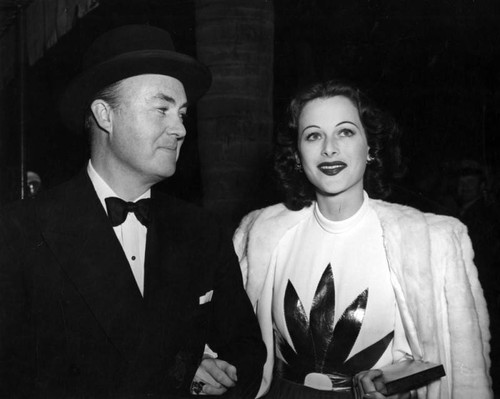 In August 1933, Hedy married munitions manufacturer Fritz Mandl, a prominent Austrian fascist who attempted to buy up all the prints of Ecstasy he could get his hands on, but his efforts proved fruitless. Italian dictator Benito Mussolini (for one) refused to part with his and copies still exist around the globe to this day. Hedy even agreed to retire from acting but the marriage to Mandl proved to be a disaster nonetheless. The man was an ardent Nazi supporter and beat her regularly. After four years of this she escaped both him and the country, fleeing to England in 1937. From 1937-8 Hedy was romantically involved with the ever-eager Erich Maria Remarque, the author of the 1930 novel All Quiet on the Western Front. 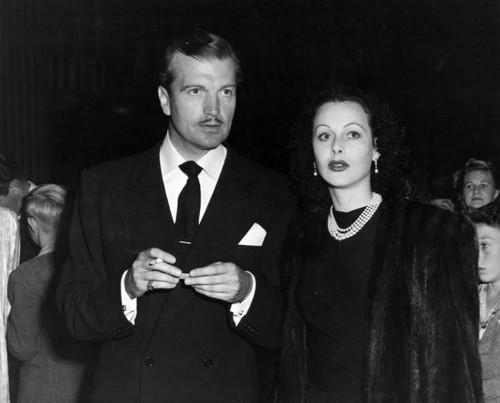 MGM’s Louis B. Mayer, despite his prudish reputation, signed her to a contract that same year, sheerly because of her notoriety, but was determined to change her name and star her in wholesome, family films befitting his studio’s reputation. He chose her new name in honour of silent-screen star Barbara La Marr and did his utmost to bed her, but Hedy was having none of it. She made her American movie debut in Algiers (1938). After turning down the leads in both Gaslight (1940) and Casablanca (1942), her career nose-dived until it was temporarily boosted by her turn as Delilah in the 1949 Paramount success Samson and Delilah opposite Victor Mature. By 1957 her movie career was over.

Hedy married five more times after divorcing Mandl in 1937. Two years later she wed screenwriter/producer Gene Markey and they adopted a boy. By 1941, however, the marriage was over, Hedy informing the judge that the couple had only spent four evenings together in their entire marriage. She became involved with actor Reginald Gardner in January 1938 and was seen dating Charles Chaplin, John Howard, George Montgomery and Paul Henreid prior to being introduced to actor John Loder by Bette Davis at the Hollywood Canteen. She and Loder tied the knot in 1943 and Hedy bore him two children before that union also ended acrimoniously after four years. From 1948 until 1951 she was in a relationship with French star Jean-Pierre Aumont and was at one time engaged to be married to him. Plans fell through. She dated others in the meantime – George Sanders and Ray Milland, to name but two.

Hedy & Robert Taylor in Lady of the Tropics

Next came handsome playboy, night club owner, restaurateur and former bandleader Ernest ‘Ted’ Stauffer. They had met in Mexico City in 1944, became husband and wife in June 1951, and divorced in March ’52. ‘He hit me several times’, said Hedy, so she walked away. Husband number five was William Howard Lee, a Texas oilman who would later marry actress Gene Tierney after his seven-year betrothal to Hedy had run its course. After she wed her divorce lawyer Lewis J Boies in 1963, then divorced him two years later, claiming he had threatened her with a baseball bat, Hedy must have decided that enough was enough, for she remained single for the final thirty-five years of her life. Her name has been romantically linked to quite a few other big stars down the decades, but details (and especially dates) are few and far between so those ‘rumours’ may be nothing more than just that – rumours.