Californian Jack Webb starred in one of the earliest monster hit TV shows – Dragnet – from 1951-59, and then from 1967-70 in a second series of the same name. He played Sgt. Joe Friday. In fact, it was Jack’s friendship with an LAPD police consultant that convinced him to pitch the idea to NBC, suggesting the use of actual case files as the basis for each episode. A huge baseball fan, he chose 714 as his badge number because that was the number of home runs credited to his hero Babe Ruth over his career. When Jack passed away in 1982, he would be buried with full honors befitting an LAPD detective (including a 17-gun salute), and his badge number officially retired by the department.

Growing up in Santa Monica, Jack was a sickly child who suffered from acute asthma from age six until adulthood, a condition exacerbated in his teenage years by his intake of cigarettes that ultimately peaked at three packs a day! During World War Two he still managed to enlist in the United States Army Air Corps (USAAC), but he ‘washed out’ of flight training, later receiving a ‘hardship discharge’ because he was the primary financial support for both his mother and grandmother. He moved to San Francisco, where a wartime shortage of radio announcers resulted in his temporary appointment to his own radio show on ABC KGO Radio. Back in 1942, he had met the stunning Julie London when the fifteen year-old beauty was singing in a jazz club. They would become husband and wife in 1947 and produce two children before divorcing in 1954. He would marry a further three times before a heart attack ended his life at the age of sixty-two.

Born in Kenosha, Wisconsin during the early days of World War one, two years before the USA entered the fray, Orson Welles was the son of an alcoholic father who made a fortune as the inventor of a popular bicycle lamp and then stopped working. Hepatitis killed the boy’s mother when he was nine; his father drank himself to death in 1930. In his early twenties, Orson would go on to establish the Mercury Theatre and its success inspired CBS Radio to create a summer show for thirteen weeks. His radio adaptation of H. G. Wells’ The War of the Worlds on 30 October 1938 brought the young man instant fame.

In late November 1941, just prior to America entering the war, he was appointed as a goodwill ambassador to Latin America by Nelson Rockefeller, the US Coordinator of Inter-American Affairs (OCIAA). The OCIAA’s mission was to promote hemispheric solidarity and to counter the growing influence of the Axis powers in Latin America. As well as Welles, Bing Crosby, Walt Disney, John Ford, Rita Hayworth, and even the American Ballet were recruited by the OCIAA. It is considered most likely that these people were also asked to gather intelligence for the US government. Welles worked for almost half a year at this (without compensation), traveling to most South American nations in the process. A week after his return he produced and emceed the first two hours of a seven-hour, coast-to-coast, War Bond drive broadcast, titled I Pledge America. Presented in co-operation with the US Treasury Department, Western Union and the American Women’s Voluntary Services, the show featured twenty-one dance bands and a score of stage, screen and radio stars. The enterprise raised $10 million (about $150 million in today’s money), for the war effort. 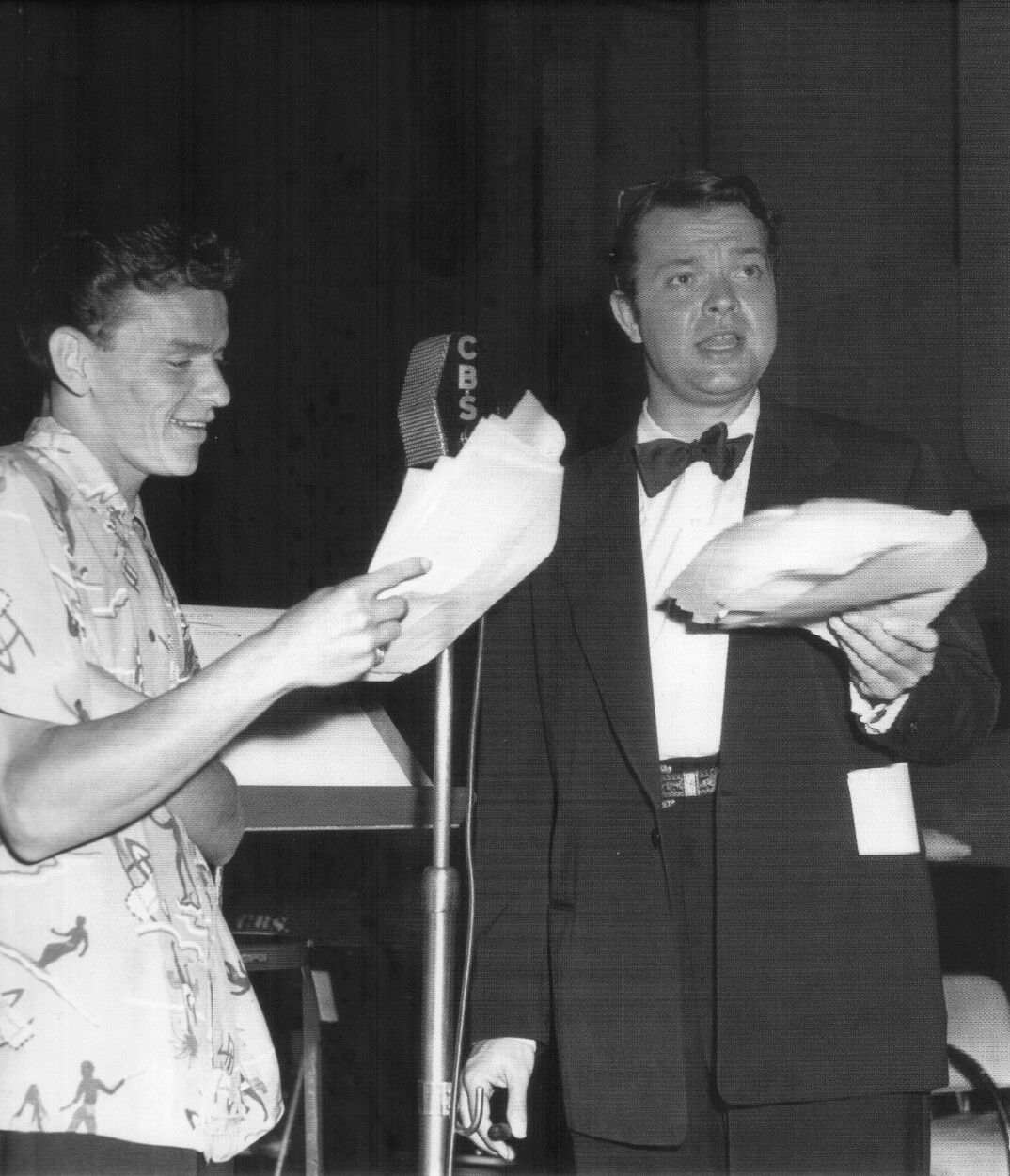 Even as a boy Orson experimented with a magic act, so by 1943 it was a simple matter for him to get up on stage and perform a thirty-minute ‘Wonder Show’ for GIs. No doubt, a great part of his appeal was his use of Hollywood beauties such as Marlene Dietrich and his then girlfriend Rita Hayworth as assistants, but he nevertheless put on a pretty good show. By the time Universal made Follow the Boys (1944), Orson and Rita were husband and wife and eager to record part of his magic act on film for posterity. Columbia, however, refused to loan out Rita to a rival studio, so he had to saw Marlene Dietrich in half instead of his lovely wife. By then the Treasury had asked him to head the Fifth War Loan Drive which encouraged Americans to purchase sixteen billion in bonds to finance the Normandy D-Day landings. It raised nearly twenty-one billion! 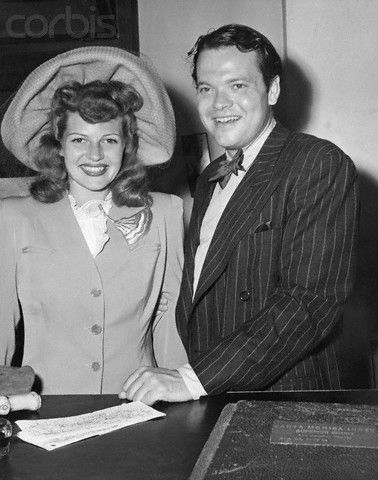 Throughout the war Welles worked on numerous patriotic radio programs – Command Performance, G.I. Journal, Mail Call, Nazi Eyes on Canada, Stage Door Canteen and Treasury Star Parade were some of them. In May 1943, he was finally declared to be 4-F and unfit for military service (for a variety of medical reasons), but it worried him greatly. ‘I felt guilty about the war’, he confided to his biographer. ‘I was guilt-ridden about my civilian status.’ Much of this can be attributed to the Hearst press which publicly and relentlessly hounded him about his patriotism since the release of Citizen Kane in 1941, persistently inquiring about why he had not been drafted.

Welles was no stranger to criticism throughout his career, some of it warranted, much of it not, but no-one can deny or belittle his contribution to the war effort and to his country. The man was a patriot through and through. Today, his name is mostly mentioned in connection with his 1938 The War of the Worlds radio broadcast (the night that was said to have panicked America), and his iconic 1941 film Citizen Kane, the thinly disguised depiction of William Randolph Hearst. Overlooked is his contribution to his country when it was most needed. On the morning of 10 October 1985, his chauffeur found him around 10am, dead from a heart attack at seventy.

Oskar Werner was an Austrian stage and cinema actor who came to screen prominence when he starred in two 1965 feature films – The Spy Who came in from the Cold and Ship of Fools. He won a Best Supporting Actor Golden Globe for the first-mentioned of these and was unsuccessfully nominated for another Golden Globe, as well as for a Best Actor Academy Award, for his performance in Ship of Fools.

Back in December 1941, he was drafted into the Deutsche Wehrmacht, but he was both a pacifist and staunch opponent of National Socialism and determined to avoid advancement in the military. ‘So many officers had been killed on the Russian front’, he said later, ‘that they needed replacements desperately. And I was for them the embodiment of the Aryan type. But I am a pacifist. I didn’t want any responsibility, so I behaved stupidly. I fell from my horse and made mistakes reading the range finders on the cannon, and finally they kicked me out of training school.’ Instead of being sent to the Eastern Front he was assigned to peeling potatoes and cleaning latrines. Then, in 1944, he secretly married actress Elisabeth Kallina, who was half-Jewish. 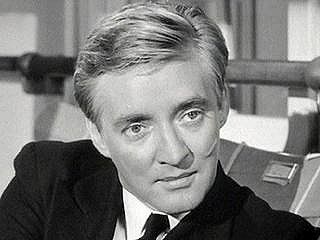 The couple had a daughter Eleanore and in that December, Oskar deserted the Wehrmacht and fled with his wife and daughter to the Vienna Woods (the Wienerwald). There they remained in hiding until the end of the war. ‘The artillery fire was constant for two and a half days’, he remembered. ‘The shells hit all around our little hut and it was shaking like a leaf…We knew that to go out there would be suicide, but it was better than to have to wait for execution.’ They moved to the UK after the war and divorced in 1950. In the latter part of his career Werner became an alcoholic and it ruined his career. He was found dead from a heart attack in his hotel room in Germany in October 1984, and is buried in Liechtenstein.