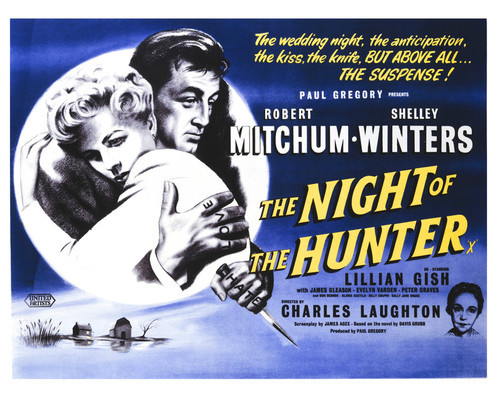 British actor Charles Laughton only directed one movie in his life, and that was the quite brilliant The Night of the Hunter (1955), although he did direct several plays. The star of his one movie, Robert Mitchum, had no hesitation in stating that he felt Laughton was the best director he ever worked with. That said, it must be added that the American actor could be a difficult man to work with, and the set of this picture was no exception. For instance, there was the day he arrived on the set in a drunken condition, and was confronted by producer Paul Gregory who told him he was in no condition to work that day. An irate Mitchum walked over to the man’s Cadillac, opened the front door and urinated on the front seat! Gregory was anything but amused. ‘Laughton had a keen thing for Mitchum’, he said later, ‘and Mitchum said all this shit about how he loved Charles, but he was on drugs, drunk, and what have you, and there were times when Charles couldn’t get him in front of the camera. He put us through a lot of hell on that’. Gregory felt that Mitchum, at times, seemed uncomfortably like the character he was playing. ‘He was a charmer. An evil son of a bitch with a lot of charm. Mitch sort of scared me, to tell you the truth. I was always on guard. He was often in a state, and you never knew what he would do next. He would be drunk or in a fight with this flunky he kept around, and kicking him all over the place. I came from the world of the theatre and I had never seen anyone quite like this.’ 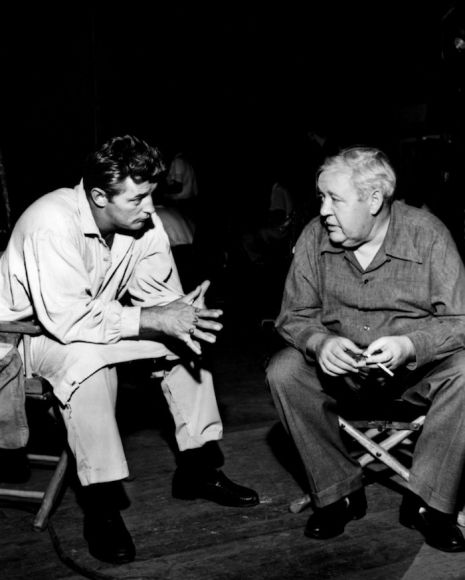 Mitchum & Charles Laughton on the set

Laughton thoroughly disliked children. In The Night of the Hunter there were two of them who were integral to the plot. In his autobiography, Mitchum claimed that Laughton had him direct nearly every scene in which the boy and girl appeared. However, that has since been disputed. In truth, Laughton could put up with the boy, John, (played by Billy Chapin), but the little girl, Pearl, (played by Sally Jane Bruce), exasperated him, causing the great man to shout at her on occasion. When that happened, however, he always made sure the camera was running. These ‘out-takes’, of the girl reacting to his bullying, were later used as reaction shots for her when Pearl was being scared by Mitchum’s psychopathic preacher.

Anyway, Laughton was too much the perfectionist to hand over direction to anyone else for any reason. Back in 1935, when he was cast as Mr. Micawber in David Copperfield, he simply could not abide child star Freddie Bartholomew, and resigned after just two days of filming. It was said at the time that he looked as though he was about to molest little Freddie who was portraying the title character as a child. But resigning as an actor is a far cry from surrendering the reins as a director. Laughton, regardless of the rumours, directed The Night of the Hunter in its entirety. The work of cinematographer Stanley Cortez

Cinematographer Stanley Cortez was also the cinematographer on Orson Welles’ flawed masterpiece The Magnificent Ambersons back in 1942, two pictures in which the wonderful use of light and shade produced some of the most memorable images ever captured on celluloid. Cortez always said that no-one understood light, ‘that incredible thing that can’t be described’, as well as Welles and Laughton. That may be so, but his camerawork must surely take most of the credit. Laughton was bitterly disappointed when his terrific film proved to be a commercial failure, primarily because Mitchum’s drinking and drug-taking sent it $200,000 over budget. Incredibly, the film was a critical failure as well, and this is often given as the reason why Laughton never directed another picture. That in itself was a shame of great magnitude. 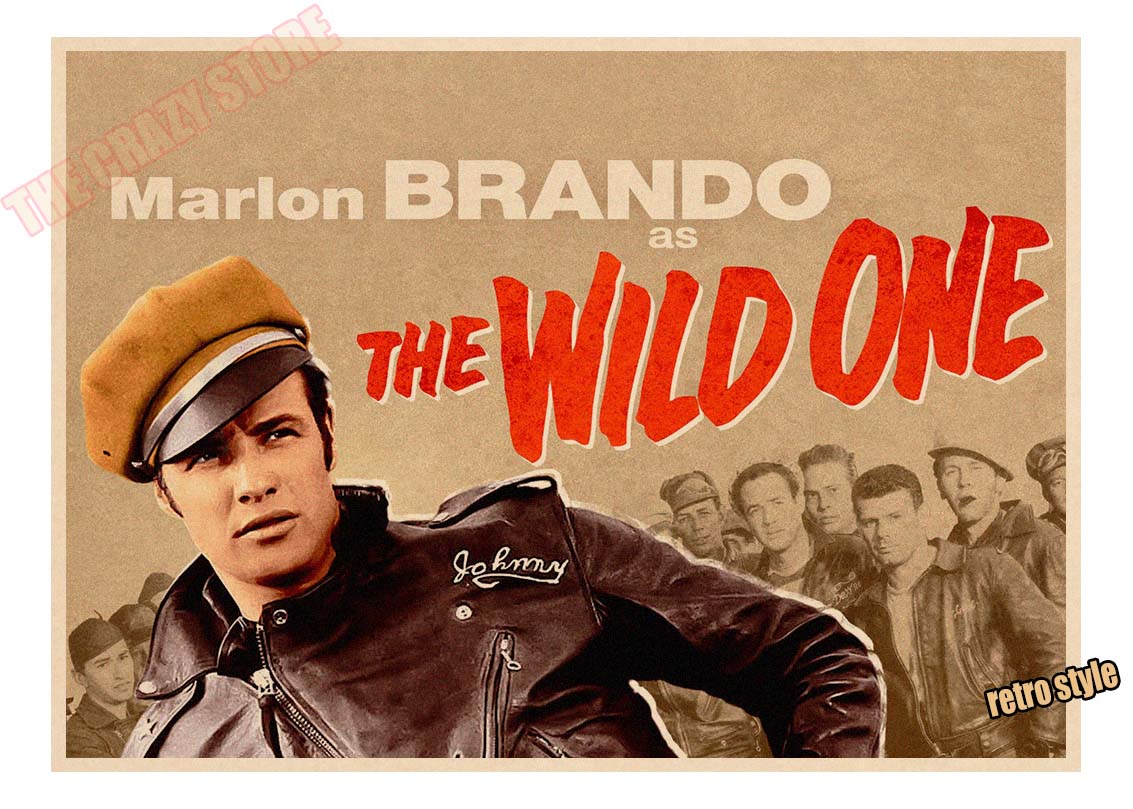 The Wild One (1954) is a lame film, inspired by an equally lame incident that occurred in 1947, when motor cyclists supposedly wrecked the small Californian town of Hollister. The original incident appeared in a 1951 short story titled ‘The Cyclists’ Raid’ in Harper’s Bazaar. The motor cyclists involved were a little spirited, but they did not ‘run amok’, as reported in the story, nor did they ‘wreck’ the town. In fact, surviving members of the club were invited back to Hollister, in 1997, for the 50th anniversary of the original incident! 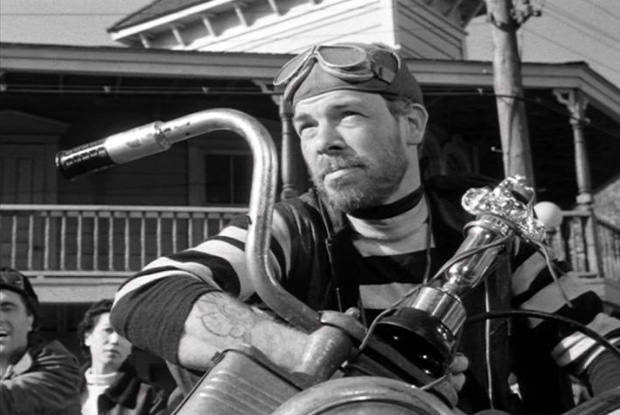 In the movie, members of the Black Rebels Motor Cycle Club are led by Johnny Strabler, played by Marlon Brando. They arrive in the town of Wrightsville and are soon in conflict with another group called ‘The Beetles’, led by Chino who is portrayed by Lee Marvin. Johnny’s gang ride Triumphs and other British motor cycles; Chino’s lot ride Harley-Davidsons. Both Brando and Marvin were 30 years old at the time, and critics and cinema-goers alike thought they were too old to be leading juvenile biker gangs. Come to think of it, most of the members of both gangs appeared to be too old; more like a bunch of movie extras than young, rebellious youths. It almost defies belief that this film was actually banned in England until 1968, although the ban appears to have been somewhat loosely enforced during those years, for twenty-three venues ran it in the United Kingdom at various times. Leather-clad bikers wishing to see it, had to jump on their motor cycles and take long journeys to screenings in the handful of cinemas up and down the country which lifted or disregarded the ban. The British Government feared the movie’s depiction of hooligans and violence might incite adolescents to imitate them! Of course, all the ban did was give the picture widespread publicity and confer upon it an importance it simply did not warrant. Wags and wits dubbed it ‘The Mild One’, yet fans went along to see Brando wearing his dark glasses, leather jacket, and cap at a jaunty, effeminate angle. (Real bikers must have cringed). The sideburns worn by him inspired James Dean, Elvis Presley, and countless others to wear their hair similarly. 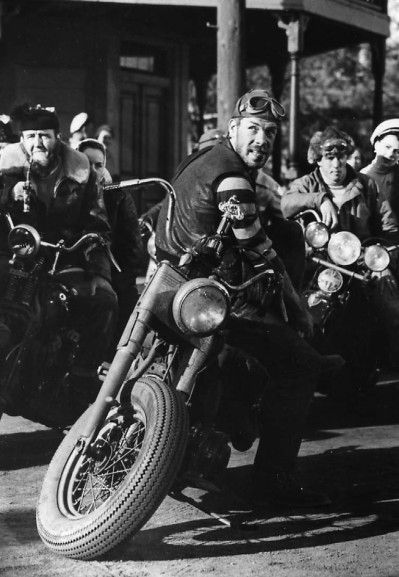 Lee Marvin was actually drunk in several of his scenes. He and Brando clashed both on-screen and off. Marvin could not even ride a motor cycle when filming began, but he soon learned, determined not to be bettered by Brando. In time, he would own his own Triumph cycle and regularly compete in desert races. He openly mocked Brando’s acting style and always considered ‘the mumbling one’ to be greatly over-rated. The striped shirt worn by Chino in the picture was bought by San Francisco’s Hell’s Angels chapter president Frank Sadilek, who wore it whenever he had to meet with police officials. Hungarian-born director Laslo Benedek did not see eye to eye with Brando during the shoot. 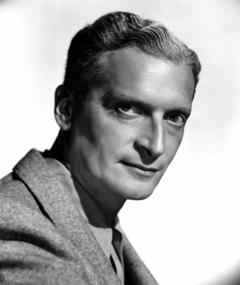 Variety described the film as, ‘long on suspense, brutality and sadism’, adding that ‘all performances are highly competent’. It is not often that a critic makes four assessments and all four are way off the mark! Even Brando conceded in his later years that The Wild One had not aged well. Watching it today, one is left somewhat bemused and wondering what all the fuss was about. Arguably, the picture’s only memorable moment came in the form of the much-talked about quote:

(Mildred) – ‘Hey Johnny, what are you rebelling against?’

A good response but not worth putting up with the other 79 minutes. The picture’s official release date was December 30, 1953, but most sources have it being released in 1954. Take your pick.