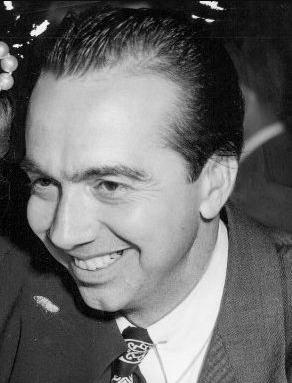 I have written about super-agent Henry Willson in this site before (about three years ago), but his extraordinary story merits an up-date and a little clarification. Today, although barely remembered at all, Henry has made it into the Hollywood history books as the creator of former #1 star of the box-office – Rock Hudson. Henry found him, moulded him; packaged him. He even named him. Without Henry Willson, there is every chance that the former Roy Fitgerald might well have gone through life as a nondescript truck driver. Henry not only made him a superstar, he also used his considerable connections and expertise to keep Rock’s private life private. 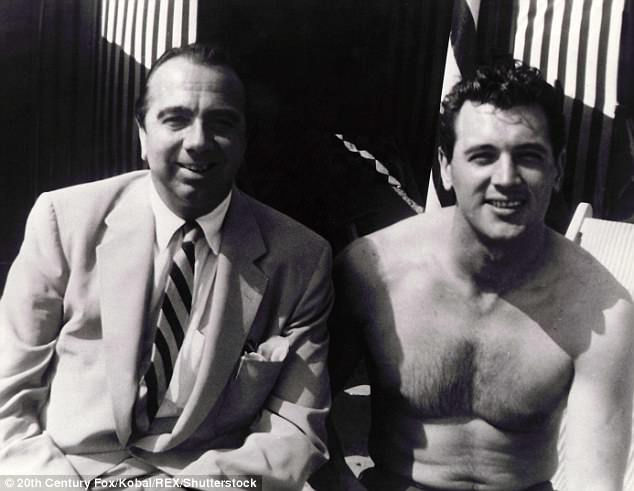 In the mid-fifties there was no bigger star on the planet than Rock Hudson. Not even Cary Grant or John Wayne could outdo him at the box-office. And women adored him. In fact, most people who met the 6’4” actor found him to be both charming and polite. A nice guy. His homosexuality was known to, or suspected by, just about all who knew him, for in his private life Rock’s behaviour bordered on reckless. He slept with whichever stud took his fancy, as he regularly hosted pool parties exclusively for gay men. As Henry went about recruiting young, good-looking men into his stable of clients, Rock was provided with a selection of the most desirable beefcake in Hollywood. Henry was no Adonis but he was a little choosy. Rock, on the other hand, was anything but choosy. As promiscuous as all get out, he slept with pretty much every gay guy he took a shine to.

Much of the following has been gleaned from a terrific book about Henry Willson titled The Man Who Invented Rock Hudson: The Pretty Boys and Dirty Deals of Henry Willson, by Robert Hofler. It was first published in 2005, decades after Henry’s demise, when his name had already become synonymous with gay actors. Anyone represented by Henry Willson was assumed to be homosexual and (probably) one of his lovers. No wonder a number of his earlier clients denied having ever been associated with him. In truth, of course, Henry had gay clients who also shared his bed at times, but he represented a lot of heterosexual actors on a completely professional basis. And he had female clients as well. 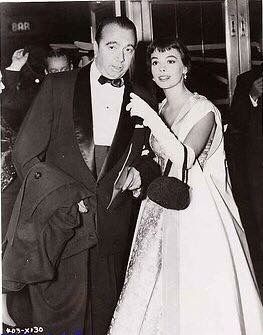 Henry out with Natalie Wood

He started squiring Joan Fontaine around town until he negotiated her contract with Jesse L. Lasky. That led first to an RKO contract, then to a deal with David O. Selznick, and ultimately to her Oscar for Suspicion in 1941. As Joan said later, ‘He was safe in every way. Evidently, Henry was simply attracted to his own sex.’ Marjorie Belcher was just sixteen when she began attending elegant parties at Henry’s Tower Road house. He became her agent for a while and changed her name to Margery Bell. Later, she would wed director/choreographer Gower Champion and become one half of the successful Marge & Gower Champion dancing partnership.

Publisher-club owner Billy Wilkerson spotted a stunning sixteen year-old named Judy Turner one day and convinced the girl’s mother, Mildred, to take her daughter to see Henry. He got her an uncredited part in Selznick’s production of A Star is Born, starring Janet Gaynor and Fredric March. Then he made sure Judy was photographed on his arm at the Trocadero. The snapshot was spotted in The Los Angeles Times by director Mervyn LeRoy who put her in his upcoming drama They Won’t Forget. The career of Lana Turner was up and running. She promptly dropped Henry as her agent and went with the more prestigious William Morris Agency, although she and Henry remained friends. They shared a common interest, after all. Both had an appreciation for well-endowed men and, even as late as the mid-fifties, Lana could still rely on Henry to set her up with afternoon sex dates with men who met her requirements. He also killed two birds with one stone when he had his recent ‘discovery’, Rory Calhoun, escort her to the Academy Awards. The outing gained his protégé valuable publicity. 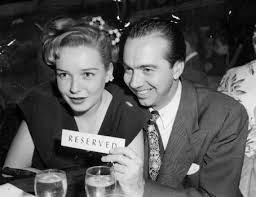 For a few months in 1948, Henry was engaged to 20 year-old pianist-actress Diana Lynn, simply to disguise his homosexuality. She soon tired of waiting for him to pop the question and walked out so he decided it was time to go ‘fiancée-hunting’ again. ‘I was on his list’, said Rhonda Fleming. ‘He was determined to get engaged to somebody. I guess he needed to cover that he was gay.’ Rhonda was a schoolgirl named Marilyn Louis when Henry met her, in 1942, while she was on her way to school at Beverly Hills High. He named the beautiful redhead Rhonda Fleming. She was flabbergasted when he proposed to her, but politely declined his offer and they remained friends. Decades later, she became one of his few regular visitors when the bankrupt agent of long ago was ensconced in the Motion Picture Home as a charity case. With Diana gone and Rhonda refusing him, Henry finally settled for Maggie Truman, the singing daughter of US President Harry S. She accepted his offer of marriage (not that it eventuated) and he landed her a ten-year contract with NBC. 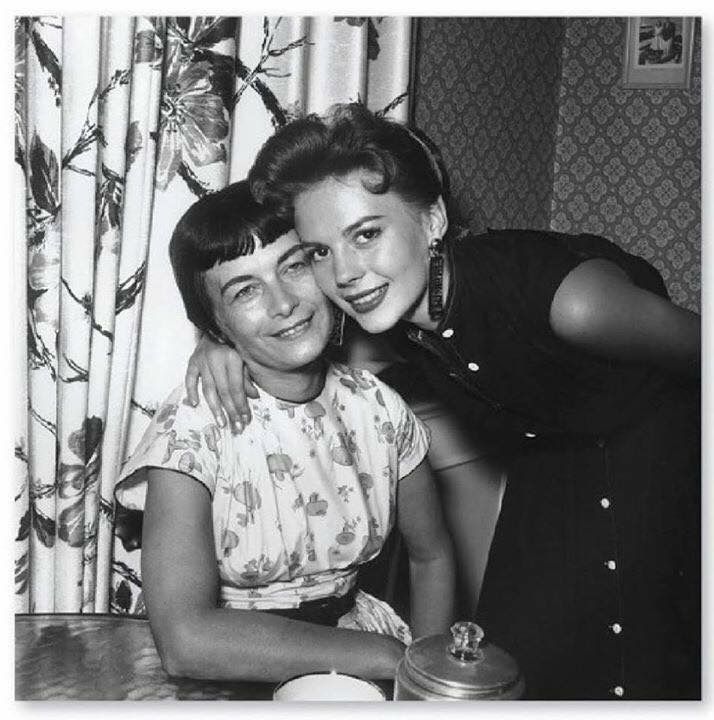 Natalie Wood was another of Henry’s clients. Her mother signed her with Famous Artists before Henry came on board. Marisa ‘Mud’ Gurdin, Natalie’s archetypal stage mother, went through agents like a knife through butter, but both she and Natalie liked and trusted Henry after he joined Famous Artists. ‘Natalie adored Henry, and so did Mom’, recalled Lana Wood. ‘They both thought he was the be all and end all.’ When he started up Henry Willson Management, his first clients at his new firm were Rock Hudson and Natalie Wood. At thirteen, Natalie would be escorted around town by Henry and one or two of his stable of actors – Tab Hunter, Nick Adams, Tom Irish etc. And it was Henry who secured Natalie’s ground-breaking role as Judy in Rebel without a Cause (1955).

An alphabetical list of the more prominent actors and actresses who were (however briefly) represented by Henry is quite illuminating. Some still deny they were ever clients of his but the records say otherwise. 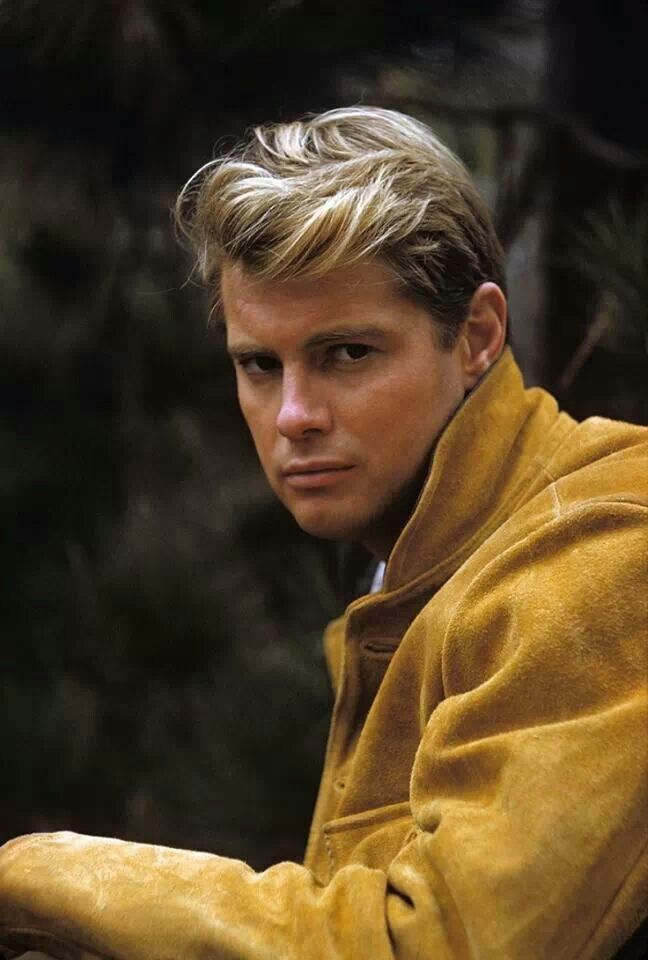 Many of those listed above owed their careers to Henry Jones, none more so than Rock Hudson. Sadly, few showed any gratitude when Henry fell upon hard times in his final years. Rock did give him $20,000 to help him keep his head above water, but it was a token gesture at best, a conscience payment. Rock had moved on, his career revitalized via television’s McMillan & Wife (1971-77). Henry was residing at the Motion Picture House when he died from cirrhosis of the liver on November 2, 1978. At his funeral, Rory Calhoun, John Smith and Henry’s long-time assistant Pat Colby were pallbearers. Bill Orr was there with Nan Morris, a former girlfriend of Henry’s. Rock Hudson sent flowers, Tab Hunter and Troy Donahue did not. ‘There was no money left to buy Henry a headstone’, said Pat Colby. ‘There is no name on his grave.’ He deserved better.