Joanne Dru was born in Logan, West Virginia in 1922 with the unfortunate name of Joanne Letitia LaCock. She started out in some important productions, but her sojourn near the top was short-lived and by the fifties she was taking whatever offers came her way. After landing a spot in an Al Jolson show on Broadway she met Argentinian singer Dick Haymes and married him in 1941. To avoid the draft in 1944, Haymes applied for military exemption as a neutral alien. It worked, but in doing so he waived the right of ever becoming a US citizen. The couple had three children but divorced in 1949. In 1946 it was Howard Hawks who ‘discovered’ her, changed her acting name to Joanne Dru, and rushed her into Abie’s Irish Rose that same year, followed by Red River in 1948. The first picture almost ended her career but she redeemed herself with the second. On the set of Red River she soon found herself being fought over by both the director Hawks and the up and coming star John Ireland. The picture was supposed to be Ireland’s ‘breakout’ opportunity, but Hawks petulantly cut back the importance of his character, gunfighter Cherry Valance, until there was very little left. It was clear to cast and crew that the director was exercising his power to ruin Ireland’s big chance, all because Joanne preferred the actor to the director. She fell for Ireland anyway and would go on to marry him the moment her divorce (and his) became official. The cost to her husband’s career was evident. Ireland never rose above supporting roles or leads in B-pictures. 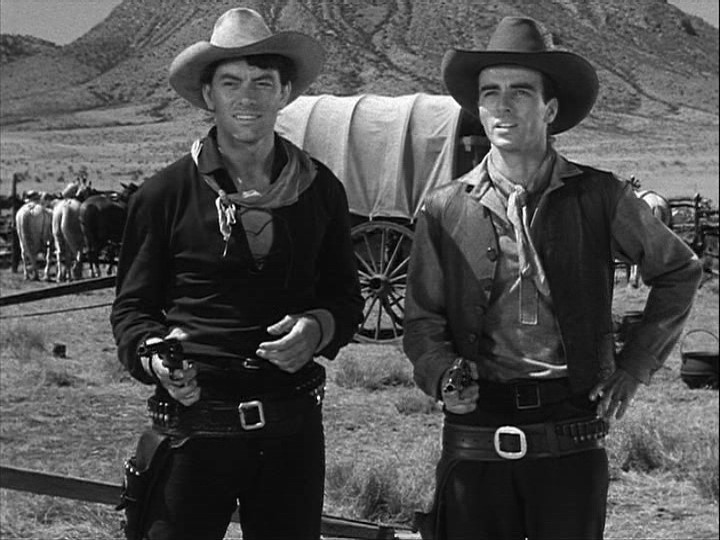 Any chance of Joanne’s marriage to Haymes surviving was derailed when he commenced a passionate affair with Errol Flynn’s ex-wife Nora Eddington. Joanne found out about it and divorced him in June 1949. He married Eddington in July and Joanne became Mrs. John Ireland in August. Over the next decade Joanne and Haymes would find themselves in hot water with the IRS because of back taxes issues.

Her marriage to Ireland would also be beset by similar problems. It appears that Joanne tended to not pay her taxes regardless of whom she was married to. She and Ireland fought a lot and she received at least one severe beating from him. They divorced in May 1957 and three months later she filed for bankruptcy. In 1958 Joanne dated Oleg Cassini and then fielded two marriage proposals, one from Lew Ayres and the other from Sterling Hayden. In 1963, she married a contractor named George Pierose, but he would die suddenly in January 1972 at the age of 49. Ten months later Joanne finally solved her financial problems when she married millionaire industrialist C.V. Wood.

Husband number four was positively loaded. He also weighed in excess of two hundred pounds! He had hit the news in 1969 when he paid $2.46 million for London Bridge and then shelled out an extra $7.5 million to move it to Lake Havasu, Arizona. He also attempted to purchase the Leaning Tower of Pisa.  In 1976 he would try to buy King’s House, the official residence of the Governor-General in Kingston, Jamaica. In March 1992 he passed away at the age of 71. A year later tragedy struck again when Joanne’s daughter Barbara died at 45. Joanne herself died from lymphedema in 1996. She was 74.

Trent Durkin was born in New Jersey in July 1915 to an actress mother and a hotel owner who did a runner when Trent was a baby. Known as Junior Durkin from the beginning, he was on the stage before his third birthday, treading the boards with his mother and two sisters. When their mother passed away in 1930, Junior and his sisters headed for Hollywood to try their luck in the fledgling world of ‘talking movies’. 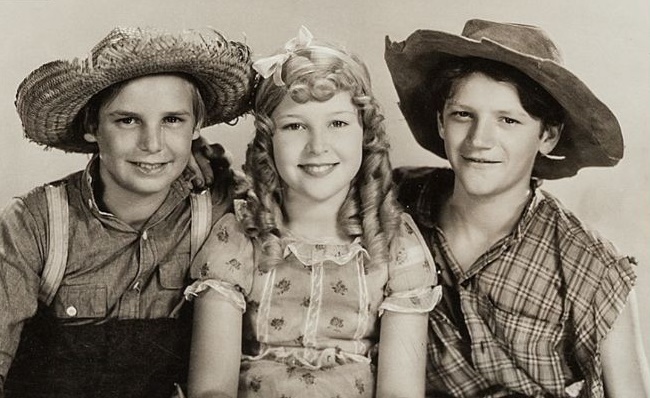 He became one of agent Henry Willson’s first ‘discoveries’. Henry would later accumulate a stable of ‘beefcake’ actors, most of them picked up for both professional and personal reasons. These included Rock Hudson, Rory Calhoun, Tab Hunter, Ty Hardin, Guy Madison, Van Williams, Troy Donahue, Robert Wagner, Doug McClure, Chad Everett, Nick Adams, John Derek, Clint Walker, Craig Stevens Dack Rambo and more. Not all of them were gay or bisexual; not all of them slept with Henry; but the general consensus around town, according to actress Ann Doran, was: ‘If a young, handsome actor had Henry Willson for an agent, it was almost assumed he was gay, like it was written across his forehead.’

David O. Selznick had created Vanguard Pictures and made Henry ‘Head of Talent’. Known around town as ‘the fairy godfather of Hollywood’, Willson provided acting lessons, cosmetic makeovers, fashion guidance and even living expenses for those who signed with him. In the 30s, 40s and 50s his stable grew and grew. He even coined the term ‘beefcake’, which he used to describe one of his ‘finds’ (and lovers) – Guy Madison.

Not only was Junior one of Willson’s first clients, he was also living in an intimate relationship with him in the early thirties. In 1930 the teenager was cast as Huckleberry Finn alongside Jackie Coogan (as Tom Sawyer) in the hit movie of the same name. The two youngsters would become good friends for the remainder of Junior’s short life. Fans of the sixties TV comedy The Addams Family know Jackie as Uncle Fester.

In 1931, Junior enjoyed another success with the title role in Huckleberry Finn. He co-starred with newcomer Bette Davis in 1932’s Hell’s House and again acquitted himself well. He was a kind of young Henry Fonda and seemed set for a long and successful career. Dropping the name ‘Junior’ from the marquees, he was billed as Trent Durkin in Ready for Love (1934) as he prepared for an adult career. A career that, sadly, would never eventuate In May 1935, Trent decided to take a spring break and stay at the Coogan ranch outside San Diego. Jackie, his father, actor-writer Robert J. Horner, ranch foreman Charles Jones and Trent were in Jackie’s 20th birthday present, a brand new roadster, when Jackie Senior swerved to avoid an oncoming car just outside San Diego. Their car plunged into a ravine, overturned at least seven times and threw every occupant but Jackie Junior out of the vehicle. Only young Jackie survived the crash. Trent ‘Junior’ Durkin had suffered a fractured skull and was dead at 19. Over 200 people attended the youth’s funeral.

The death of Jackie Coogan Senior would inadvertently lead to a change in Californian law – but not until 65 years later. Young Jackie’s mother quickly married the boy’s manager after the accident and the two squandered his millions, forcing Coogan to eventually take his mother and stepfather to court. In 2000, the state ruled that all earnings were the property of the child and parents had no claim to them, whatsoever. Too late for Jackie, however. There was nothing of his massive earnings left.