I often watch movies over and over again, just for the pleasure of re-visiting an extraordinary performance. Occasionally, as for instance with Double Indemnity (1944), it is not only an individual performance, but a combination of strong acting from more than one player, a fabulous script, seamless directing, and a score that seems to fit the overall production like a glove. Such combinations do not come along very often, but others that spring to mind include Casablanca (1942), The Magnificent Seven (1960), Lawrence of Arabia (1962), Chinatown (1974), Charade (1963) and (most ‘experts’ will disagree vehemently) The Last Valley (1971), to name but a few. The last-named picture was panned universally, probably because it echoed writer/director James Clavell’s well-known atheism. Churches hate that kind of thing and they had enough clout back then to strongly influence critics in their reviews. Personally, I thought the script was brilliant, the acting excellent, and John Barry’s incredible score worth the price of admission in itself. Hence, a terrific movie (for me anyway).  Overall, I suppose no more than three or four pictures a year fall into this category, but that is a matter of opinion, of course.

The number of potentially good movies that are ruined by bad casting are also (thankfully) not plentiful, but they do exist. Sadly, some of them are so bad that I, personally, am put off completely and shy away from what was almost a really good movie had it not been spoiled by the presence of a solitary individual. Here are a few of these ‘blunders’. They are in no particular order.

Hardly a surprise selection for cinema aficionados. The decision to cast the world’s most iconic cowboy as the 12th century Mongol warrior Genghis Khan has to be the worst piece of casting in the entire history of the cinema. Director Dick Powell was approached by a highly enthusiastic Wayne who insisted that The Conqueror was the movie he wanted to do next. ‘Who am I to turn down John Wayne?’ said Powell later. In retrospect even ‘the Duke’ admitted he had made a catastrophic blunder, suggesting the moral of the film should be – ‘not to make an ass of yourself trying to play parts you’re not suited for.’ He might also have added, ‘and learn to tell the difference between a good script and a pile of crud.’ In all honesty, the moment Wayne said to an interviewer; ‘I see Genghis Khan as a gunfighter’, Powell should have packed up his megaphone and gone looking for another movie to direct.

Tony Richardson directed this disappointing film about Australia’s most famous outlaw/bushranger. I have never shared my fellow Australians’ fascination or admiration for Ned Kelly. The man had flair and considerable courage, but he and his gang shot and killed three police constables before cold-bloodedly murdering an informer, and then set in motion a plan to derail a trainload of police that, fortunately, went awry. They were not exactly squeaky-clean guys. I cannot help but think that the gang’s decision to construct suits of armour from ploughshares had more to do with their long-lasting fame than anything else they did or said. Even so, the choice of skinny, long-haired, spud-ugly pop singer Mick Jagger of the Rolling Stones to portray him on the screen, bugged even me. Kelly was a big, strong, tough Irishman from the rugged Australian bush. Having Jagger play him was the equivalent of picking Johnny Mathis to portray Mohammed Ali in a boxing biopic. It almost goes without saying that Ned lovers in Oz suffered mass apoplexy when Mick got the nod for the role, not least of all because they were well aware that, had he attempted to don Kelly’s incredibly heavy suit of armour in real life,  chances are he would have fallen flat on his face! Irish admirers of Ned (and there are many) took it as a personal insult when their hero was portrayed by, of all things, an Englishman. 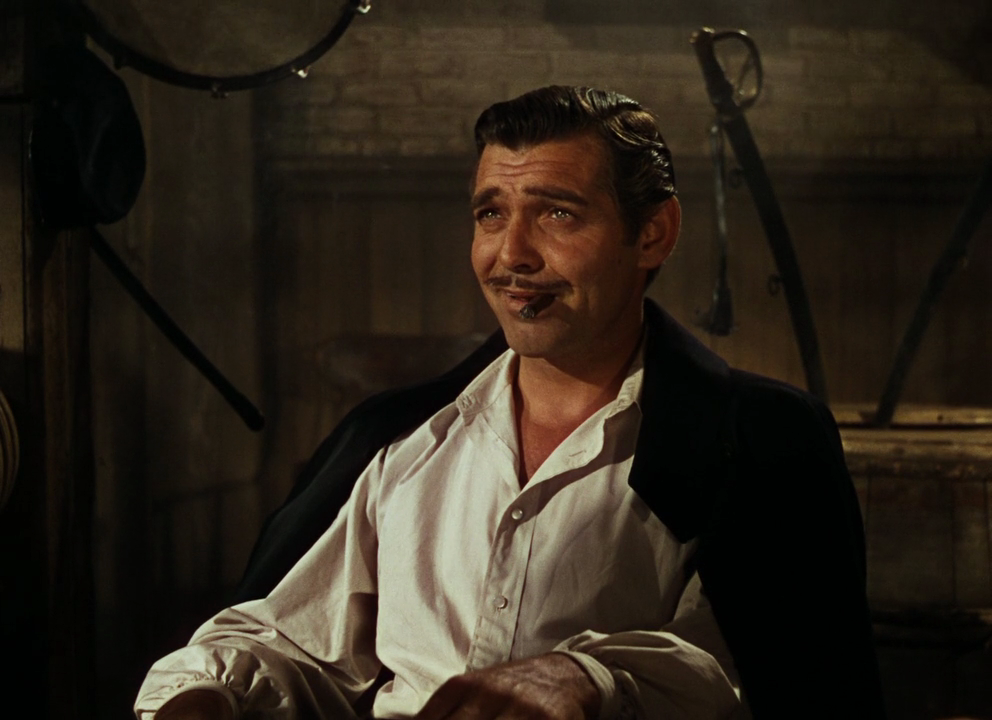 I have written about this before, but a segment such as this would be incomplete without the inclusion of the casting of Leslie Howard as Ashley Wilkes in Gone with the Wind. What the Hell were they thinking? Why would they choose a 46 year-old Englishman for the role of a rich Virginian gentleman, when every man and his dog in America was chasing the part? And this was to be no ordinary Virginian. He had to be spunky enough to convince us that gorgeous, fiery, fun-loving Scarlett O’Hara was head-over-heels in love with him, to the extent that she would prefer him time and again to the younger, dashing, equally rich Rhett Butler. Had the producers polled every woman in America (or the world for that matter), and asked them to pick between Leslie Howard and Clark Gable, what would have been the result? My guess? Gable – roughly a billion votes; Howard – one (assuming his mother was still living at the time). GWTW is a pretty good movie, but it ain’t great because scarcely anyone with reasonable eyesight and hearing believes Scarlett would ever reject dynamic Rhett for insipid Ashley. It is a serious flaw and a miscalculation by producer David O. Selznick. Admittedly, the film continues to make money, but how better might it have been with Randolph Scott or Ty Power playing Ashley? I have watched Captains Courageous only twice because, frankly, I cannot abide Spencer Tracy’s portrayal of the Portuguese fisherman Manuel. In fact, I only watched it the second time because of Freddie Bartholomew’s superb performance and to see Lionel Barrymore ‘box his ears’ better than anyone has ever done in any movie I have ever seen! Tracy did not want to make this picture for several reasons. First, he did not want to have his hair curled. Second, he dreaded the thought of having to sing a couple of ditties. Third, he had no intention of attempting a Portuguese accent, so he opted for a Yiddish one (which was diabolical anyway). Fourth, he did not believe he could play Manuel as a ‘happy man’ without looking like an idiot. Fifth, he figured the picture was mostly about the boy Harvey, played by Bartholomew, and that his own part was virtually a supporting role. And he was just about right. Indeed, he hated his performance – right up until the moment he was nominated for an Oscar that is! And then he won, would you believe? It was almost poetic justice when he was handed his Oscar at the Academy Awards night, only to discover it had been incorrectly inscribed to ‘Dick Tracy’ instead of ‘Spencer Tracy’. The Academy replaced it later that week.