There have been a great many movies made about Lieutenant-Colonel George Armstrong Custer and the 1876 Battle of the Little Big Horn, some good and some not so good. This version, however, fits in neither category. It is that bad. It is one thing to ‘manipulate’ the facts a little when compiling a movie whose focus involves real historical personages and events, but it is quite another to rewrite and re-invent everything. Rather than actually pick up a history book on their subject, the writers of this claptrap chose instead to concoct their own version of it. Most of the picture was shot in Spain. And it looks like Spain as well. A flume ride scene, overlong and superfluous to the story, was supposed to be filmed in Canada but, to save money, was shot in Sweden instead. The movie cost around $4 million to make and returned just $400,000 in rentals in the USA – $400,000 more than it merited I might add. Let’s face it, not a lot of research is required to find out, for instance, just who Custer’s 7th Cavalry were actually fighting on June 25, 1876 at the Little Big Horn. It is common knowledge that the enemy were mostly Sioux, with a healthy sprinkling of Cheyenne and other nations, and that the Cheyenne warrior chieftain Crazy Horse led the force that annihilated Custer’s command. Why the writers of this incredibly silly movie should choose another Cheyenne chief, Dull Knife, to replace Crazy Horse beggars belief. But they did. History informs us that Dull Knife was not even present that day – in any capacity. Not only did they insert him where he never was, but they even had Custer meeting with the man, not once but twice, during the battle. First, prior to hostilities commencing, Custer and a scout ride up to several hundred braves led by Dull Knife, to have a pow-wow. Well, actually it is more of a monologue from Custer who expounds on the invention of the train, steel and modern weapons of war, all in an attempt to talk Dull Knife out of fighting! And all this takes place within about 20 metres of a thousand or more silent warriors who, when the chief responds with a big fat ‘No’, generously permit George to ride back to his column unmolested. Kieron Moore as Dull Knife    Custer about to be told to ‘Go!’ by Dull Knife

The second ‘chat’ between the two protagonists is even more ludicrous, if that is humanly possible. But at least it is a lot shorter. It takes place right at the end of the battle when (surprise, surprise), out of the more than 250 men under his command, Custer is the last man to die. Suddenly, all the Indian stop fighting and (in dead silence) surround him, whereupon good old Dull Knife waves his braves aside and calls out a single word to his adversary: ‘Go!’ Yeah, right. George, who was quite within his rights to think he had just won Lotto, is having none of that. He spreads his arms and lets forth with a rebel yell (or something), then awaits the inevitable. The instant he is dead they all ride off – also in complete silence! History tells us that the victors remained on the battlefield for hours, celebrating their astonishing victory, stripping and mutilating the bodies to their hearts’ content. Understandably, they were rather excited to have had a win for once. They most certainly did not ride off quietly into the sunset! As for Dull Knife, he rides off alone in a different direction to his men, no doubt to ponder George’s words and his response to them. Movies do not get much sillier or unbelievable than this. 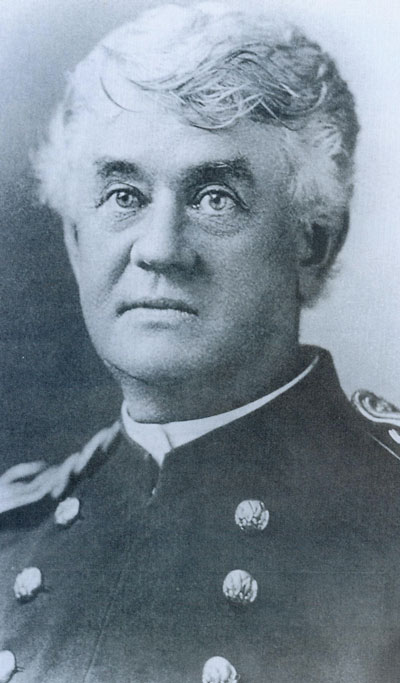 The battle involving the other two 7th Cavalry columns, one under Major Reno and the other under Captain Benteen, scarcely features at all. The writers had already established that Reno was an incurable alcoholic and Benteen an unabashed Indian lover, so they left it at that. They borrowed from the 1940 Errol Flynn feature titled They Died with Their Boots On and tried to convince us that Custer, too, loved the Indian and virtually ruined his career fighting corrupt politicians on their behalf, particularly those involved in the Office of Indian Affairs. He did, however, manage to successfully accuse President Grant’s brother of corruption, a move that made him an instant enemy of Grant and severely damaged the remainder of his career. Throughout this picture the 7th Cavalry uses 1873 lever-action Winchester rifles when, in fact, they only had single shot Springfield Carbines. Had they been in possession of Winchesters at the Little Big Horn the outcome may have been different. United States flags are shown with 50 stars on them, decades too early for so many states. We also see a medical tent with a Red Cross on its side. The movie ends in 1876; the American Red Cross was not formed until 1881. General Sheridan uses the term ‘bleeding heart’ to describe Benteen, about a hundred years before the expression was coined during the Vietnam War. He also tosses in the famously incorrect Sheridan line: ‘The only good Indian is a dead Indian’. In reality, the man was once asked what he thought of Indians, to which he replied: ‘The only Indians I ever saw were dead.’ Some reporter thought that was a tad dull, so he ‘embellished’ it.

At the end of the battle the only survivor (according to this movie) is Custer’s grey/white horse. In reality, the surviving horse found by General Terry’s column was Captain Keogh’s clay bank stallion named Comanche. It now stands stuffed in the University of Kansas Natural History Museum. For the record, Comanche was not the sole 7th Cavalry survivor of the Little Big Horn battle anyway. Over one hundred 7th Cavalry mounts (and one yellow bulldog) were taken by the victorious Indians. These horses were in far better physical condition than Comanche who was found in a gulley and suffering from no fewer than seven bullet wounds. He had four slugs back of his fore-shoulder, one in a hoof, and one in each hind leg. He eventually died at the age of 21 in 1887.

There are many more errors in this film, too many to go into here, but one of them deserves special mention. As the battle draws to its inevitable conclusion, a few thousand Indians surround Custer and about 40 or so of his soldiers. And they do so in abject silence. After a few minutes Dull Knife signals them to attack, which they do by riding around the tiny group of dismounted soldiers for ten minutes or more, whooping and hollering and getting shot off their ponies in the process, just like Indians in B-Grade westerns have been doing for decades!

British actor Robert Shaw portrays Custer. His real life wife Mary Ure plays Libbie Custer. Ty Hardin and Jeffrey Hunter were cast as Major Reno and Captain Benteen respectively and Robert Ryan guest-stars as an army deserter. Three of these actors would die young. Hunter suffered a domestic fall in 1969 and died at the age of 42. Mary also died at 42, the victim of an apparently accidental overdose of liquor and tranquilizers. Three years later her husband had a heart attack on the golf course and was dead at 51. Personally, I am surprised they did not die from embarrassment when Custer of the West was released. I would have.