Diminutive Danny DeVito (4’10” – 1.47m) has been married to comedienne Rhea Perlman since 1982 and they have three children. At 5’ (1.52m) Rhea towers over her husband. In 2012 the couple separated for five months, but reconciled in March 2013. Between 1982 and 1993 Rhea played Carla Tortelli in the hit comedy series Cheers. As incredible as it might sound, in those eleven years she was nominated for a Golden Globe six times (for no wins) and for a Emmy ten times (for four wins), all sixteen for her performances in Cheers. If the term ‘one trick pony’ springs to mind… Canadian actress Colleen Dewhurst was a tragedienne of considerable stature in the nineties. She must also have possessed a sense of humor because she married notorious wife-beater George C. Scott twice. Throughout the sixties and seventies they were a formidable acting force, so one wonders if their two marriages had more to do with their careers than with anything else. When asked later in life about her ex-husband, she said, ‘I have great love and affection for George. And admiration. He’s brilliant. I always said we got on much better during the divorces. I’m very subjective, he’s very objective. We make a better brother and sister.’ Feel free to draw your own conclusions. One hopes George treated her better than he did Ava Gardner. 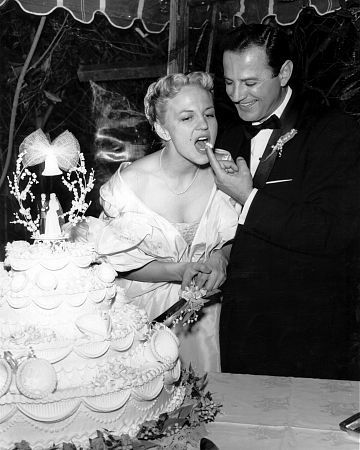 Brad Dexter was the member of The Magnificent Seven (1960) whose name most lovers of the picture tend to forget. He met singer Peggy Lee through his friend Frank Sinatra shortly after he saved Frank from drowning in Hawaii. His marriage to the songstress who started her professional career up front of the Benny Goodman Band was a brief one. He complained to friends after their divorce that the over-sexed Peggy would not let him out of their marital bed throughout the honeymoon. Be that as it may, the union started and ended in 1953. Troy Donahue resided at the top of the teenager heartthrob tree for a couple of years in the late fifties and the early 1960s, courtesy of films such as A Summer Place (1959), and television series Hawaiian Eye and Surfside 6. He and the lovely Suzanne Pleshette met when they made Rome Adventure in 1962. Their 1964 marriage ended after just a few months. Suzanne is best-remembered for playing Bob Newhart’s wife in his TV series The Bob Newhart Show. The love of her life, she said, was the star of The Fugitive TV series, David Janssen, although they never married. Robert Donat will always be remembered for his Oscar-winning performance as Mr. Chips in the 1939 classic Goodbye, Mr. Chips, a performance that cost the unlucky Clark Gable the statuette for Gone with the Wind. Sadly, Donat was not a well man even then, being a sufferer from acute asthma all his short life. His frailty, coupled with his shyness, saw him turn down a great many roles in which there is little doubt he would have excelled. One of these was the title role in 1935’s Captain Blood which went to newcomer Errol Flynn and made him a star.

In 1953 Donat married the lovely Renee Asherson, an actress who won the role of Princess Katherine, Henry V’s bride in Henry V in 1944 under unusual circumstances. Sir Laurence Olivier chose her because he feared that Vivien Leigh might be too big a star and might eclipse his own performance in the title role. Renee and Donat had often acted together, so it was no surprise when they tied the knot in 1953. It was indeed a surprise, however, when they separated in 1956. It is a matter of record that they were all set to reconcile when Robert died from a brain tumor in June 1958. He was just 53. But for a quirk of fate Renee herself might never have been born. Her parents were booked on the Titanic in April 1912, but were forced to cancel their trip when her father was stricken with appendicitis. Renee was born three years later and enjoyed a long life, dying at 99 in 2014. 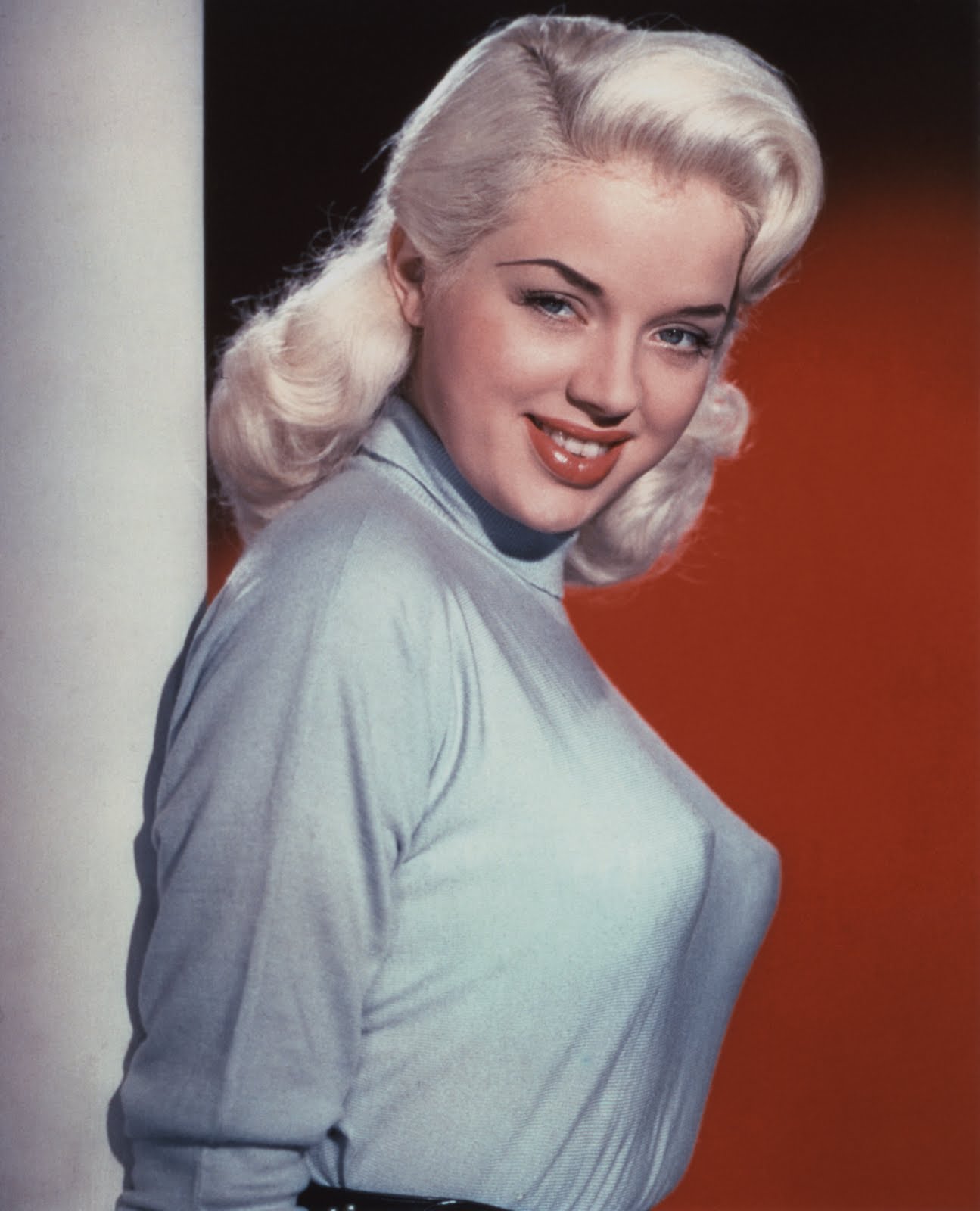 Diana Dors was born in 1931 with the unfortunate name of Diana Fluck. Indeed, both she and her mother were lucky to survive her traumatic birth. During her acting career she would embrace several nicknames, among them ‘The Blonde Bombshell’, ‘The Hurricane in Mink’ and ‘The English Marilyn Monroe’. She was nowhere near as pretty as Marilyn, but she was blonde, shapely, and more than willing to promote her sexy image for all it was worth. And that included speaking in a breathless, lisping voice that was supposed to turn red-blooded men on. Marilyn and Jayne Mansfield spoke like that as well. Fortunately, the craze had a short life span. Diana married three times. She also had three abortions in her life. Two of her husbands were actors, although minor ones. Husband number two was Richard Dawson, a British comedian who achieved a level of fame as a cast member of the popular TV series Hogan’s Heroes (1965-71), playing Corporal Newkirk. Later, he hosted Family Feud in America for eleven years. He had a habit of kissing female contestants on the cheek on each show, a practice that alienated racists throughout the land when his kisses began landing on faces regardless of their color. ‘I kissed black women daily and nightly on Family Feud for eleven years’, he said, ‘and the world didn’t come to an end, did it?’

Diana’s third and final husband was actor Alan Lake, the union lasting 16 years until her death at 52 in 1984 from ovarian cancer. Her demise hit Lake hard. Five months after she died he walked into a bedroom, placed a shotgun into his mouth and pulled the trigger. He was 43 and it was their sixteenth wedding anniversary.