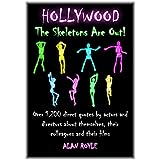 My latest book is titled Hollywood: The Skeletons Are Out. It contains 1,200 direct quotes by actors and directors about themselves, their colleagues and their films. Here is a random two dozen of them:

When Joan Collins was asked if she was ever unfaithful, she replied: ‘Yes, but only on location. I used to say, ‘it doesn’t count on location.’ Everybody was having a little fling. I don’t suffer very much from guilt.’

She did not deny sleeping with 14 different men in a fortnight, among them Robert Wagner, Sydney and Charlie Chaplin Junior, and 18 year-old Dennis Hopper, shrugging her shoulders and saying simply: ‘I went out with zillions and zillions of men in my early Hollywood days.’

Ava Gardner discovered her new husband Mickey Rooney was being unfaithful to her just two months after their wedding while she was away in hospital having an appendectomy: ‘I was hopelessly in love with him, for a couple of months, anyway. I had no doubt that he was going to be my mate for eternity. I came home from hospital and found a hairpin – evidence that Mick had been screwing somebody in our bed. On our fucking goose-feather mattress! I’d been away for three weeks and he’d already dragged somebody into our bed.’ And still more: ‘The little sod wasn’t above admiring himself in the mirror. All 5 feet 2 inches of him! The complete Hollywood playboy, he went through the ladies like a hot knife through fudge. He was incorrigible. He probably banged all the starlets who appeared in his Andy Hardy films – Lana Turner among them. She called him Andy Hard-On.’ Decades after columnist Hedda Hopper had printed that his best friend Michael Wilding was gay, Stewart Granger admitted that he and Wilding had been intimate (just once, he was quick to add) during an air-raid in London during WW2: ‘People would say we were both queers, but that isn’t so. It was just the kind of thing that happened during the war.’

Tony Curtis was initially thrilled to be working with Cary Grant (on ‘Operation Petticoat’), but his opinion soon changed: ‘He was a fucking bore who sucked the air out of any room he was in.’

Funny man Mel Brooks dined with Cary once and had this to say afterwards: ‘I thought I’d kill myself if I had to eat a meal with this guy again. I told my secretary, if Cary Grant calls, I’m not in.’ Ingrid Bergman let it be known what she thought of his sexuality: ‘The vainest man I ever met. I never had an affair with Cary – but, then who among his leading ladies ever did? I fell in love with Cary Grant…He did not reciprocate the emotion, and that disappointed me. Then I spoke with one of his ex-wives, whom I prefer not to name, and she revealed that he is not prone to falling in love with, let us say, actresses.’ 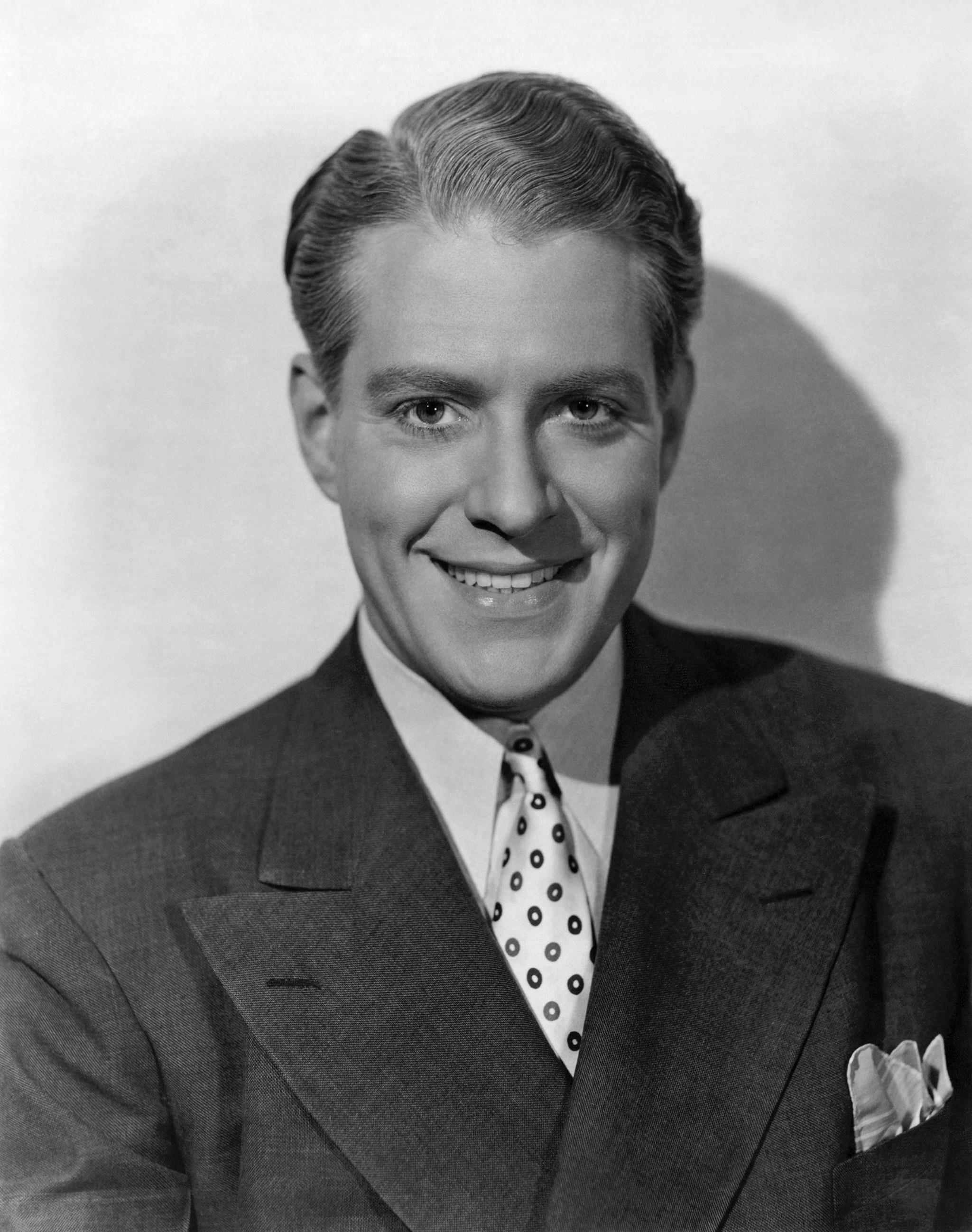 Noel Coward knew of the circumstances surrounding Nelson Eddy’s lavender marriage to Ann Denitz in 1939: ‘MGM studio chief Louis B. Mayer ordered Nelson Eddy to marry. Eddy agreed, but he didn’t want a virgin bride or some insatiable creature, and Mayer understood. Sometimes the least sexual marriages last the longest, so long as it’s mutual…Mayer found him an older divorcee who’d been married to a movie director…she was wise to the ways of Tinseltown, she was not sexually demanding or needful, and she was well-pleased to live the comfortable life of a movie star’s wife.’

Robert Mitchum recalled a very funny incident involving Noel Coward in the home of America’s First Lady Eleanor Roosevelt: ‘I saw this pink nightgown, and just for a gag I put it on over my clothes. Noel Coward walks in and says, ‘My dear, you look simply di-vine!’ and kisses my hand. Next time I see Eleanor at a party she says loudly, ‘Why, Bob, last time we met you were in a pink nightgown being kissed by Noel Coward!’ What could I do but admit it?’ Director Elia Kazan had an affair with Marilyn Monroe while he was married. He had this to say about her: ‘She had no confidence in anything but her ability to lure people into bed or fantasies. And I should add that this ability gave her little pleasure. People make fun of her ease in jumping into bed with people, but she was just as quick to write a check or stay up all night with a frightened friend or support someone in an endeavour they cared about. She gave pretty much everything she had.’ 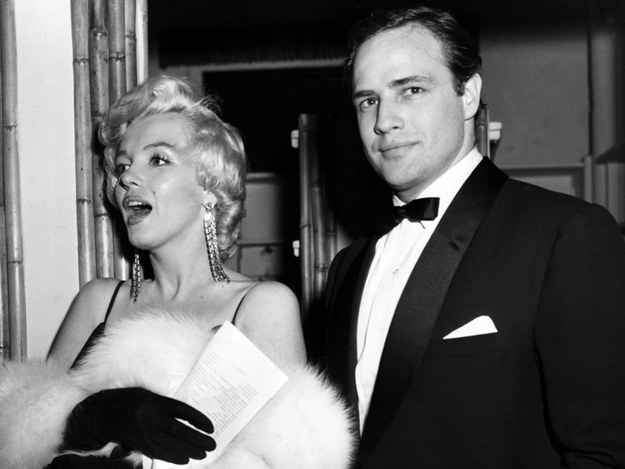 MM & Brando on the town

Brando on Marilyn Monroe: ‘We had an affair and saw each other intermittently until she died in 1962…she didn’t seem depressed to me. I’m sure she didn’t commit suicide. I have always believed that she was murdered.’ 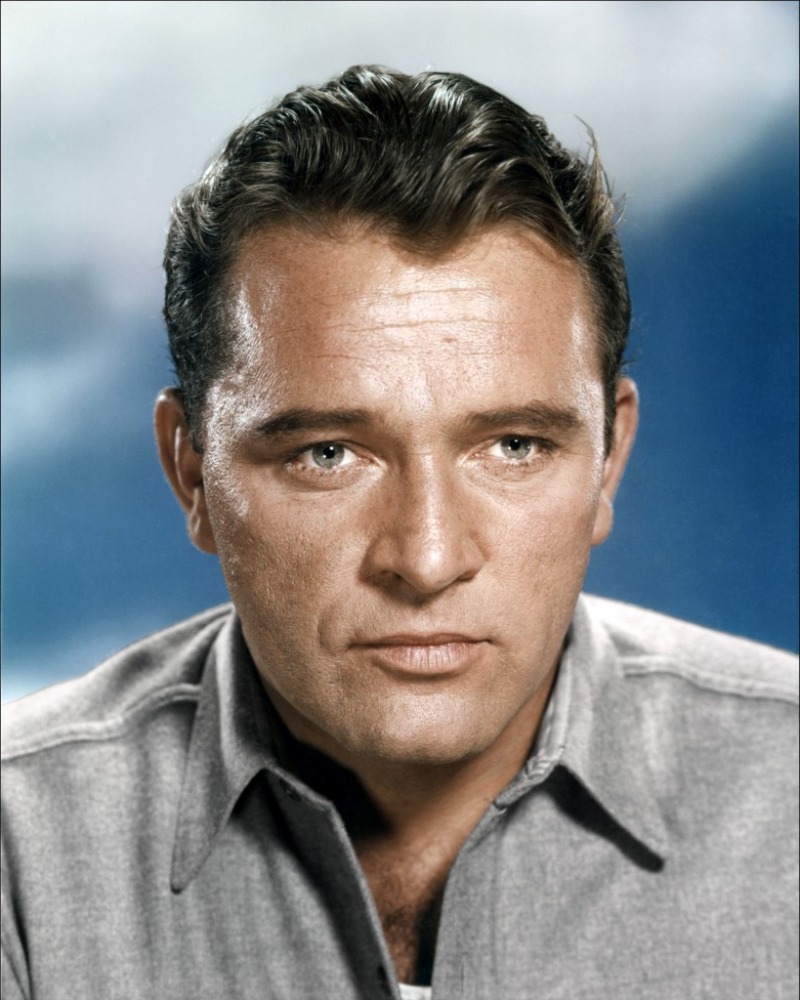 Like a great many people Richard Burton could not stomach ‘Last Tango in Paris’ (1972): ‘Last Tango in Paris so absolutely revolted and embarrassed me that I didn’t know where to look…I said, ‘I’m sorry, I can’t stand it, I have to go.’ It did not turn me on, it turned me off. For a month I was asexual.’ Stewart Granger was disgusted to learn that his wife Jean Simmons had been sleeping with his former good friend Burton during his absence: ‘Let’s face it, Burton was a prick. He was a clever actor, but a shit, an absolute shit.’ Gary Cooper had a steamy affair with Grace Kelly when they made ‘High Noon’. He made this comment about it later: ‘She looked like a cold dish with a man until you got her pants down. Then she’d explode.’

Clara Bow compared her own reputation with Grace’s: ‘It’s been 20 years since the trial that broke my heart. If it happened today, I’d still be a whore. Grace Kelly, however, will get away with having many lovers. Know why? The damn public will never believe it!’

The 17 year-old actress Odeya Rush happily told an interviewer of the ‘method’ she employed when acting opposite Meryl Streep and Jeff Bridges on the 2014 film ‘The Giver’: ‘I like to fart before each take to motivate myself. It’s no big deal.’

At a wrap party for the movie ‘Bye, Bye, Birdie’ (1963), tributes and speeches flowed for cast members, among them Maureen Stapleton, Dick van Dyke, Janet Leigh, and the 18 year-old newcomer Ann-Margret who was clearly the centre of attention. When Maureen’s turn to speak arrived, she simply said: ‘Well, I guess I’m the only one here who doesn’t want to fuck Ann-Margret!’ Peter O’Toole recalled being nervous the first time he slept with Liz Taylor in 1963. She was wed to EddieFisher at the time: ‘I was going to fuck Elizabeth Taylor, something at least half the men on the planet wanted to do. For the first time in my life with a woman, I was nervous, fearing she might critique my performance.’

His friendship with Richard Burton (who was married to Liz at that time) was severely tested in 1967 when the two men became involved in a heated argument and O’Toole informed him: ‘I’ve been bonking your wife for years, and she tells me I’m much better in the sack.’ 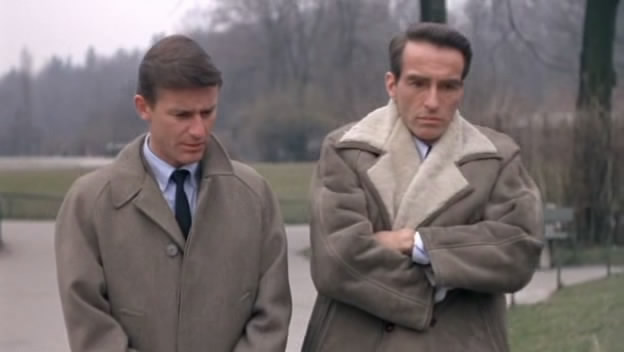 Liz employed herself as a matchmaker on behalf of Montgomery Clift: ‘I got him together with Roddy [McDowall].’ 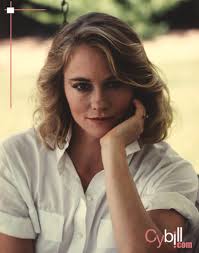 Cybill Shepherd liked to tell her cabaret audiences about her affair with Elvis. Most of his former girlfriends, however, have ridiculed her story that she alone taught him about oral sex, yet she persists with it: ‘I did the nasty with Elvis. This man loved to eat. But there was one thing he wouldn’t eat…’til he met me.’

Shepherd was probably closer to the mark when she spoke about the drug-taking: ‘The fact is, Elvis got hooked on speed in the army…Then it got out of control. Did I want to be with someone who would have dragged me down? The only way to have stayed with Elvis was by doing drugs.’ 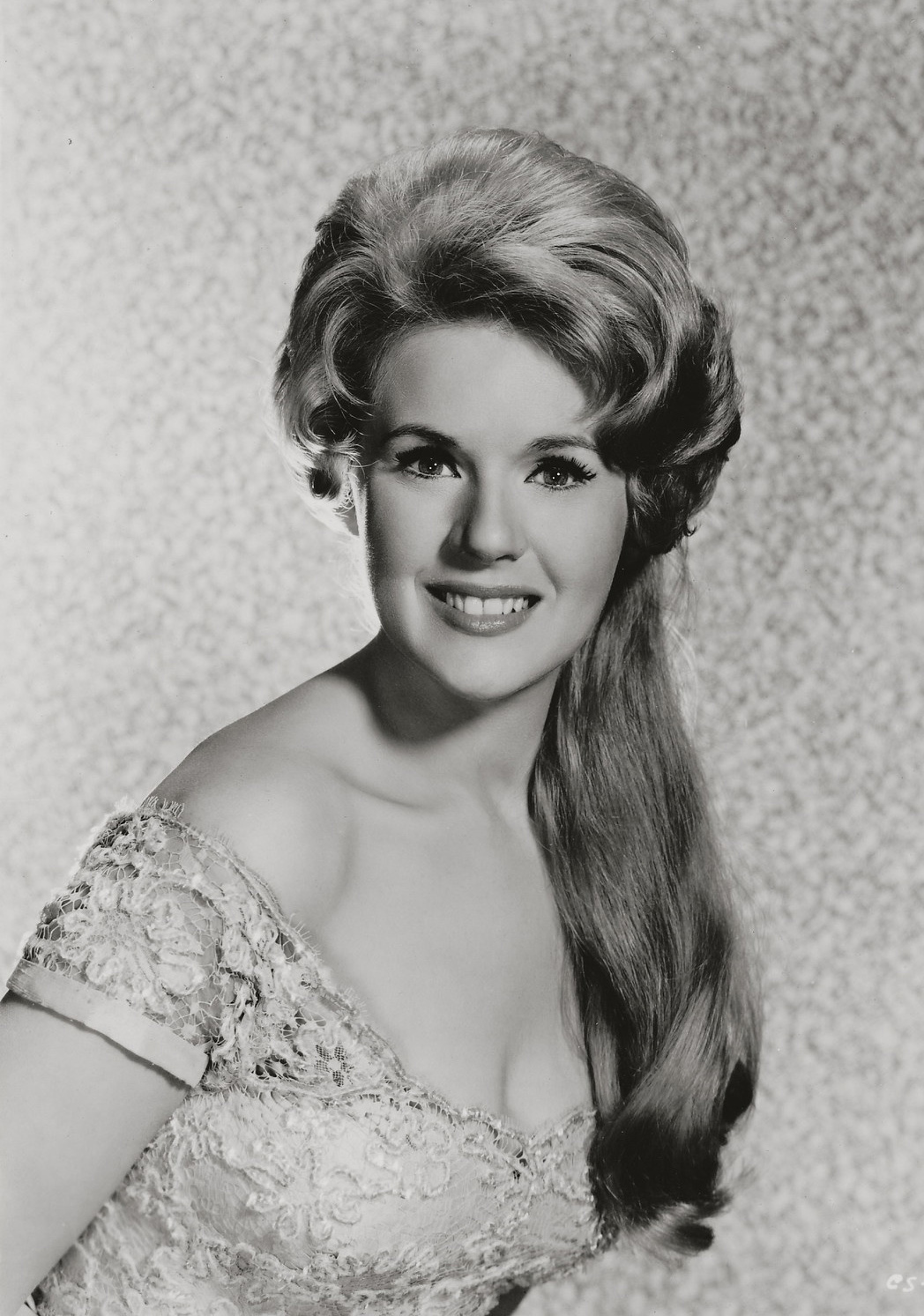 Connie Stevens spoke of her year-long, on and off, romance with ‘the King’: ‘He was one of the loves of my life. I could have spent a lifetime with him.’