I suppose if you asked movie buffs who is the best movie star when it comes to delivering a bona fide accent, the response would be a deafening roar of, ‘MERYL STREEP!’ And they would be right. But is an appropriate accent essential to the making of a fine movie, or does it depend on the content matter and the star involved. One would expect that a movie based on fact is more likely to sport authentic accents than a fictional action flick or one played with tongue planted firmly in cheek, but there does not appear to be any kind of standard rule for it. 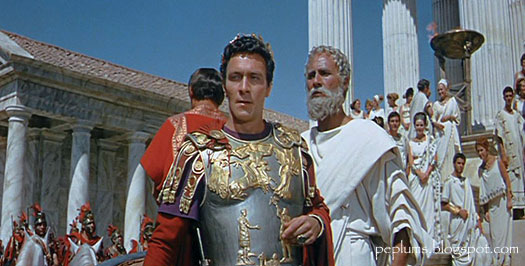 Christopher Plummer as Commodus in ‘Fall…’

When you think about it, why do we rarely see Italians playing ancient Romans? In movies like The Fall of the Roman Empire (1964), for instance, the only Italian was Sophia Loren! All the male Romans were played by Brits, (Stephen Boyd, Alec Guinnes, Anthony Quayle), a Canadian (Christopher Plummer) and an Egyptian (Omar Sharif). In most Hollywood productions your average ancient Roman has a British accent (Olivier and Laughton in 1960’s Spartacus), to mention another. Russel Crowe (a New Zealander) was Gladiator (2000), a former Roman general. I keep trying to think of the last time I saw a Roman soldier being played by an Italian actor, but nothing comes to me. For that matter, the majority of Native Americans used to be played by Jews, Italians and South Americans; all sorts. Australian character actor Michael Pate was renowned for playing Amerindians better than anyone else in Hollywood. One of Mexican-born Anthony Quinn’s first roles was as a Cheyenne warrior in The Plainsman (1936). In fact, Quinn convinced director Cecil B DeMille that he spoke fluent Cheyenne, then promptly rattled off a stream of gibberish describing Custer’s fall. DeMille, who did not know Cheyenne from Martian, fell for it and hired him. When Jewish actor Jeff Chandler was chosen to play Apache leader Cochise in Broken Arrow in 1950, he was selected ahead of a real-life descendant of Cochise himself! And he was Oscar-nominated into the bargain.

Speaking of actors portraying Amerindians, complete with phony accents and all, we need look no farther than the 1964 blockbuster Cheyenne Autumn. There were four principal Cheyenne characters in the picture, none of whom was played by an Indian of any persuasion. Ricardo Montalban (born in Mexico City) was Chief Little Wolf; Sal Mineo, an Italian-American from the Bronx was Red Shirt; Chihuahua-born Gilbert Roland was another Mexican and he played Chief Dull Knife; while Canadian Victor Jory played Chief Tall Tree.

These days we have several Native American actors, yet even now little attention is given to tribal authenticity. A classic example of this is the fine character actor Wes Studi. This Oklahoman is Cherokee by birth, but if a film requires an Amerindian of stature, regardless of his tribe, he usually gets first refusal. His list of credits include: 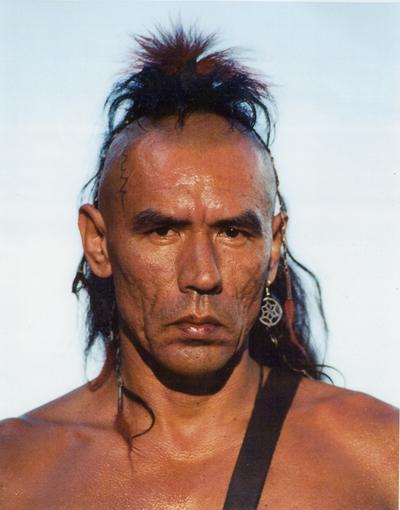 Geronimo: An American Legend (1993) – he plays Geronimo, a Chiricahua Apache

He portrays Amerindians from several other tribes in movies, tele-movies and TV series as well. I guess, as far as producers are concerned, an Indian is an Indian. If Mr. Studi has a Cherokee accent, so what? Who is going to notice? Certainly not the average cinema-goer who has probably never met a Native American of any persuasion in his or her life. And accents do not seem to matter with actors playing other nationalities either.

Take Sean Connery, for instance. Back in the fifties Canadian director Alvin Rakoff personally advised him to ditch his Edinburgh brogue, convinced that the young Scot could never hope to be a star unless he did. ‘In fact, we thought it would be off-putting and distracting’, recalled Rakoff in 2014, ‘and difficult for viewers to understand.’ It was 1957 and the director had just a week to find a replacement for Jack Palance in the BBC adaptation of Requiem for a Boxer after the American suddenly became unavailable. Connery’s build and sex appeal were ideal for the role, but his thick Scottish brogue was not. Rakoff convinced him to ‘tone it down’ and the result was a strong performance that set Sean on the road to eventual superstardom. ‘He told me the first thing I would have to do is get rid of the accent’, said Sir Sean, ‘because it’s too pronounced. For example, in South Pacific, [the London stage production, not the movie], Millicent Martin thought I was Polish!’ 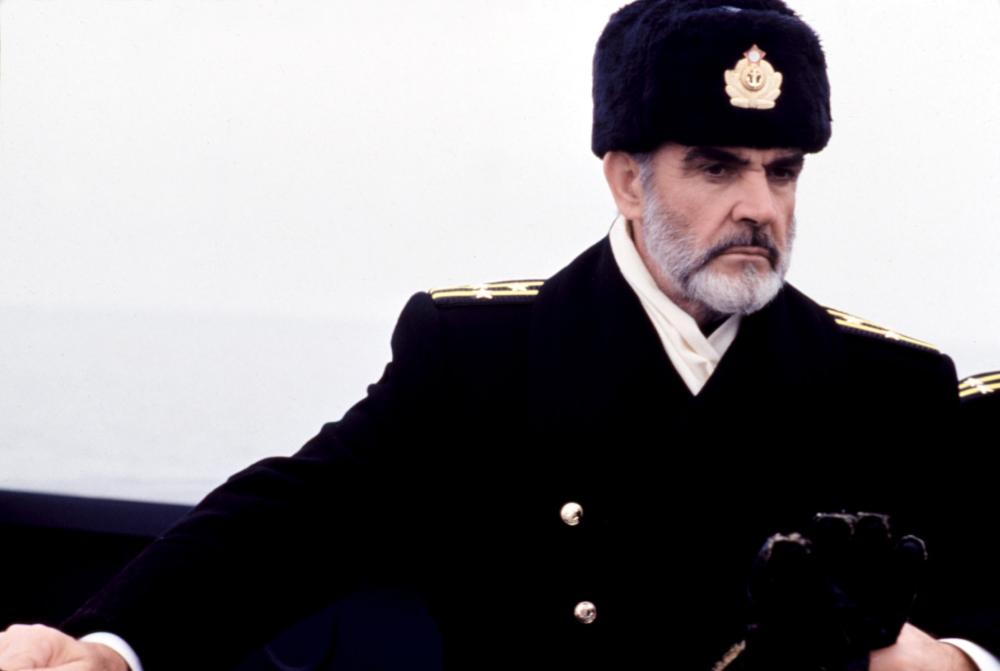 Sean as a Russian submarine commander

The Hunt for Red October

In the intervening half century or so he has played a variety of roles, all of them with his Scottish accent on open display. The performance that gets the most mention accent-wise is his portrayal of a Russian submarine commander in The Hunt for Red October (1990). While everyone else bunged on pretty lame Russian accents, Sean just blasted away with his Scottish burr and no-one thought any the less of him for it. Actually, his character, Commander Marko Ramius, was a Lithuanian Soviet. Perhaps, the producers figured audiences might cut his accent some slack on those grounds. I mean, how many cinema-goers (outside Lithuania of course) have ever even heard a Lithuanian accent. For all they know it might have a slight Scottish-sounding twang to it.

One of his first ‘nationalities’ was playing the Irishman Michael McBride in Disney’s Darby O’Gill and the Little People in 1959. When he won the role of James Bond in Dr No three years later, Bond’s creator Ian Fleming was impressed enough to write a half-Scottish, half-Swiss heritage into his super agent’s background just to accommodate Sean’s accent.

As a Spaniard in The Highlander

In 1969 he was the Norwegian explorer Roald Amundsen in The Red Tent, followed by another Irishman, Jack Kehoe, in The Molly Maguires (1970). The Next Man (1976) saw him play an Arab diplomat; he was a Spaniard in The Highlander in 1986, and another Irishman, a policeman this time, in 1987’s The Untouchables. He even picked up a Best Supporting Actor Academy Award for that one even though he was about as Irish as Ho Chi Minh. Almost laughable, however, was his Berber Chieftain in The Wind and the Lion (1975), his brogue brazenly on display throughout. 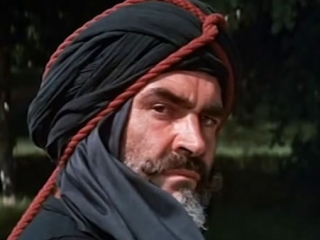 As a Berber in The Wind and the Lion

If Sean Connery cares not a fig about his Scottish accent when he acts, Meryl Streep places paramount importance in getting her accents absolutely spot on. Her staggering performance in 1982’s Sophie’s Choice won her an Oscar and it was no fluke, for she not only learned Polish, but also German, just so she would be able to speak Polish with the necessary German accent befitting a survivor of Auschwitz! She also took on the onerous task of playing the Danish baroness Karen Blixen in Out of Africa (1985), complete with her mixture of Danish tinged with decades of living in Africa on a plantation. To be sure to get her voice just right, Meryl listened to hours of tapes of Ms. Blixen speaking. The movie is not one of my favourites, yet I watch it from time to time simply to savour her wonderful performance. 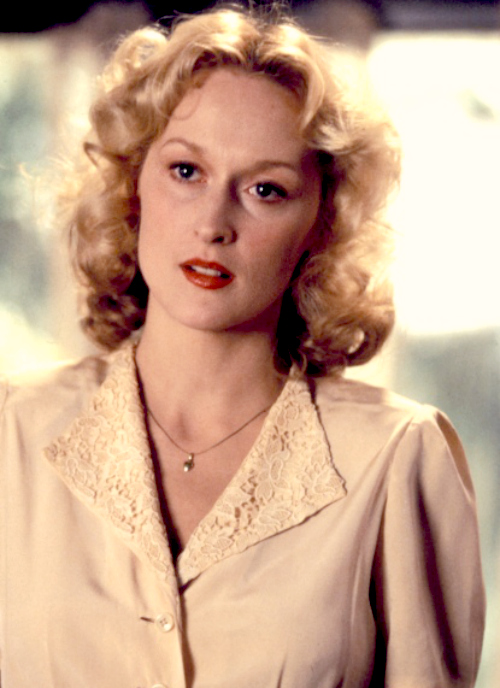 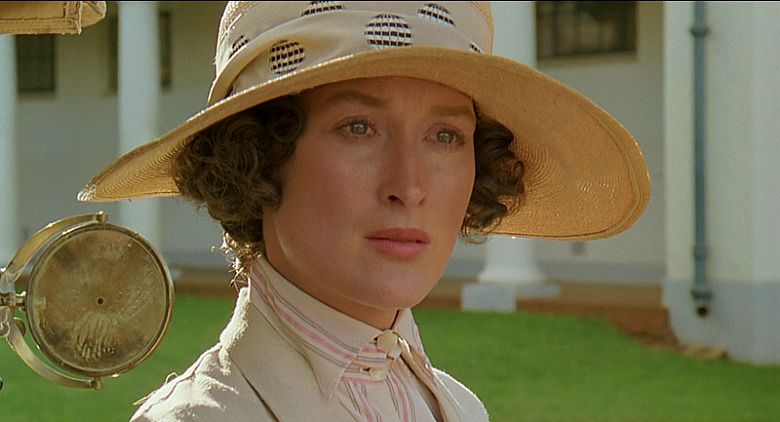 As Karen Blixon in Out of Africa

It has been said that there does not exist an accent Meryl is incapable of capturing flawlessly. Having been subjected to the likes of James Coburn in 1963’s The Great Escape, and Michael Cain in Dirty Rotten Scoundrels in 1988, mangling the Australian accent, I could scarcely wait for her to make Evil Angels (titled A Cry in the Dark in the USA) in ’88. I felt sure she, too, would fall into the Cockney trap that Coburn and Cain had fallen into. But I was dead wrong. She got it 100% spot on! Extraordinary.

In Evil Angels aka A Cry in the Dark

The upshot of all this seems to be that the only people truly interested in correct accents are the actors themselves, and only a small percentage even of them. And so it should be, I think. Script and story should always be the prime requisites for a good movie. The sooner movie-makers dispense with all these silly action heroes and special effects and get back to intelligent story-telling, the better off the industry shall be. Sadly, however, as long as they continue to cater to 12-year-olds and their game-playing, the longer we will have to wait.