New York crime boss Charles ‘Lucky’ Luciano initially sent Benjamin ‘Bugsy’ Siegel out to California in 1937 to set up a horse-racing wire service on the West Coast for the National Crime Syndicate. Once in Los Angeles, however, Bugsy set to work infiltrating the movie unions. He also controlled an extensive prostitution ring. Before long he was making millions extorting movie production companies. In the process he joined in the social life of Hollywood. His reputation as a violent man who was known to kill rivals out of hand was offset (to a degree) by his good looks and personal charm, assets that brought several prominent women to his bed during his decade in Tinsel Town.

He already knew actor George Raft from the old days in New York. George occasionally worked for mobster Owney Madden, but it was his flashy portrayal of gangsters on the screen that endeared him to the Mob and to Siegel. Bugsy also associated with top stars Clark Gable, Gary Cooper and Cary Grant. Studio executives Louis B Mayer and Jack Warner were also considered ‘friends’, although it is extremely doubtful that either man would embrace someone who milked their companies of every dollar he could. It was, however, considered a wise policy to treat Siegel with kid gloves. He was just too dangerous. Other actors who openly admired him were Tony Curtis, Frank Sinatra and comedian Phil Silvers (TV’s Sgt Ernie Bilko). These admirers eventually became disillusioned, especially when Siegel started borrowing money from them, money he knew they would be too afraid to ask him to return. It was said that he squeezed around $400,000 from movie stars during his first year in town and never paid any of it back. $400,000 in 1937 was an enormous sum of money. Women found Bugsy to be debonair and exciting. He was married with children, but it barely slowed him down as he wined and dined actresses and society belles regularly. International sex symbol Jean Harlow was a ‘close friend’ and also godmother to his daughter Millicent. One evening at Romanoff’s Restaurant Siegel was introduced to Darryl Zanuck’s wife, a very direct woman. ‘I understand that you and your cronies kill people’, she asked him bluntly. Bugsy looked her squarely in the eye, smiled, and replied, ‘Yes – but Mrs. Zanuck, we only kill each other.’ Socialite Dorothy DiFrasso, the wife of an Italian count and an all-round good time girl, had a lengthy, very public affair with him. She even took him to Italy with her on a trip. There she introduced him to Benito Mussolini, Hermann Goring and Joseph Goebbels. He took an instant dislike to the two Germans and even offered to ‘rub them out’. The countess DiFrasso desperately managed to talk him out of it. 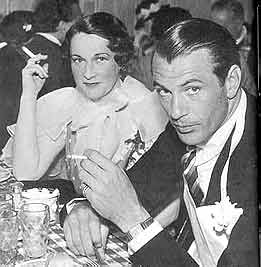 In November 1939 Siegel and three others murdered Harry Greenberg outside his apartment. Harry was intending to turn police informant so Lepke Buchalter, the boss of Murder Incorporated, ordered his killing. Siegel was arrested and gaoled but allowed to dine on gourmet dishes and expensive wines delivered to his cell. His current girlfriend, actress Wendy Barrie, was permitted to privately visit him at night for hours at a time. The newspapers feasted on his special treatment. Then two witnesses to Greenberg’s murder turned up dead and the case collapsed. Bugsy walked free. Five years later he was arrested again, this time for illegal bookmaking. George Raft testified on his behalf and he was again acquitted.

Virginia Hill was born in Lipscomb, Alabama in 1916. By the age of eleven she started having sex with any boy who asked her. She ran away from home and married at 14, moved with her husband to Chicago, ditched him at once, and started working as a waitress at the San Carlo Italian Village, a notorious meeting place of the Capone Mob. At 17 she latched onto Jake Guzik’s gay accountant Joey Epstein, who used her to launder money for the Mob. By 1934 she had become one of the few women permitted to sit at the table with Mob leaders. Her reputation as a Mob whore was confirmed at a 1936 Christmas party thrown by crime boss Charlie Fischetti and his wife when she fellated every gang leader in the room! 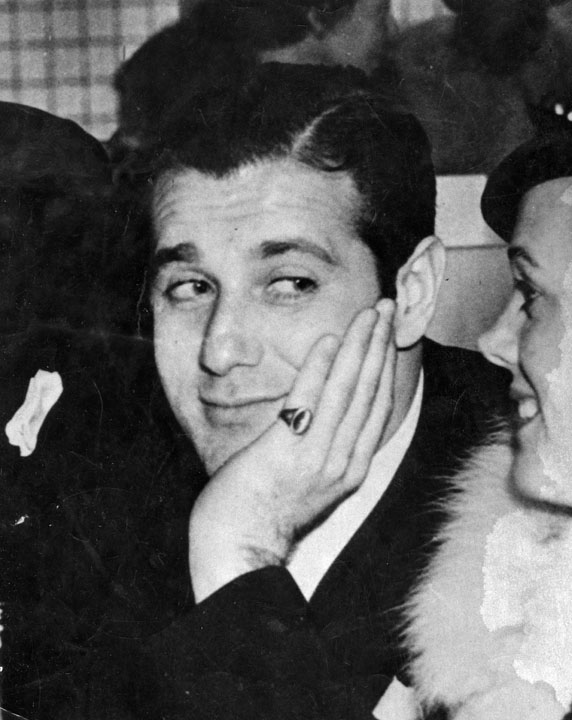 In February 1937 Virginia came into Bugsy’s life. She met him in a Brooklyn bar and slept with him that night, describing their encounter as ‘the best sex I have ever had’. She was mobster Joe Adonis’s mistress at the time. Siegel left for Hollywood and she eventually arrived there in August 1938. Errol Flynn was soon servicing her and squiring her around town before a drunken brawl at the Brown Derby ended their rocky relationship. In January 1939 she met a 19 year-old University of Alabama football player, the son of a wealthy Birmingham family. They met in a bar, made love in his car, and became engaged – all on the same night. They married, but annulled the union six months later. By then she was already sleeping with George Raft. That ended when she took up again with Siegel after meeting him again at one of George’s parties. 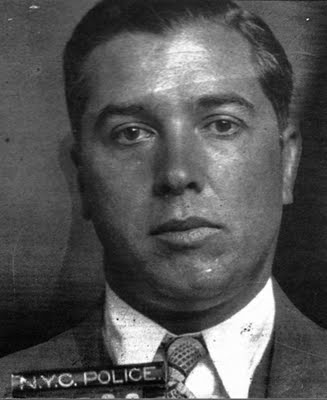 Before long Bugsy became obsessed with her. He was a jealous, dangerous man, but that did not stop her sleeping with others. In fact it scarcely slowed her down. That same year, 1939, she slipped across the border into Mexico where she met and slept with Chato Juarez, the son of the Mexican Minister of Finance. She also nailed Major Luis Amezcua, a rising politician. Next, she started a lengthy affair with West Coast mob boss Johnny Roselli In January 1940 she suddenly decided to marry an old lover Carlos Valdez, so that he could legally enter the United States. She immediately embarked upon a brazenly public affair with drummer Gene Krupa, one that terminated quite suddenly after Bugsy brandished his revolver at the man at a restaurant. Virginia at once forced her husband into an uncontested divorce – and she moved in with Bugsy. 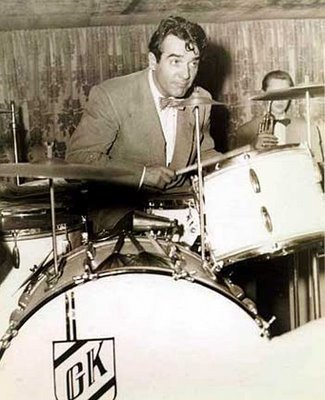 The couple become ‘an item’ around town and on the sets of Bugsy’s pals’ movies, especially films involving Gary Cooper or Raft. Virginia even auditioned for Ball of Fire in 1940, but without success. Their affair was more or less a running battle interspersed with ‘making-up’ sexual marathons. Both had short-fused tempers and they were forever busting up, then getting back together. In mid-1944, following a particularly heated confrontation, Virginia dashed back to New York and started sleeping with Joe Adonis again. An affair with Carl Laemmle Junior, the son of the Universal studios pioneer, saw her treat the lovesick young man like dirt before leaving him flat.

By 1945 she was back with Bugsy and heavily involved with his plans to build the Flamingo Hotel in Las Vegas. As costs sky-rocketed the Mob became suspicious that Siegel had skimmed $2 million of their dollars and given it to Virginia to deposit in a Swiss bank account. This was never proven, but it was enough to sign Bugsy’s death warrant. On 28 December 1946 the Flamingo opened, attended by a number of celebrities, among them Raft, Jimmy Durante and George Sanders. The bleak weather, however, had kept all the big stars away and the establishment lost over half a million dollars that first weekend. It was the last straw for the Syndicate. Siegel was assassinated at Virginia’s home on 20 June 1947. She had already high-tailed it for Europe. Fast-forward to early 1966 and Virginia living in Salzburg. Desperate for money, she leaks to the press that she may publish her tell-all memoirs. She then calls Joe Adonis in Naples and he agrees to see her. They spend the night together talking business. The next day two of his henchmen drive her back to Austria. They take her into a wood and force her to swallow a large dose of Mogadon. An hour later she is dead. Her body is found on the 24th of March and her death is ruled ‘suicide by overdose’. She was 50.