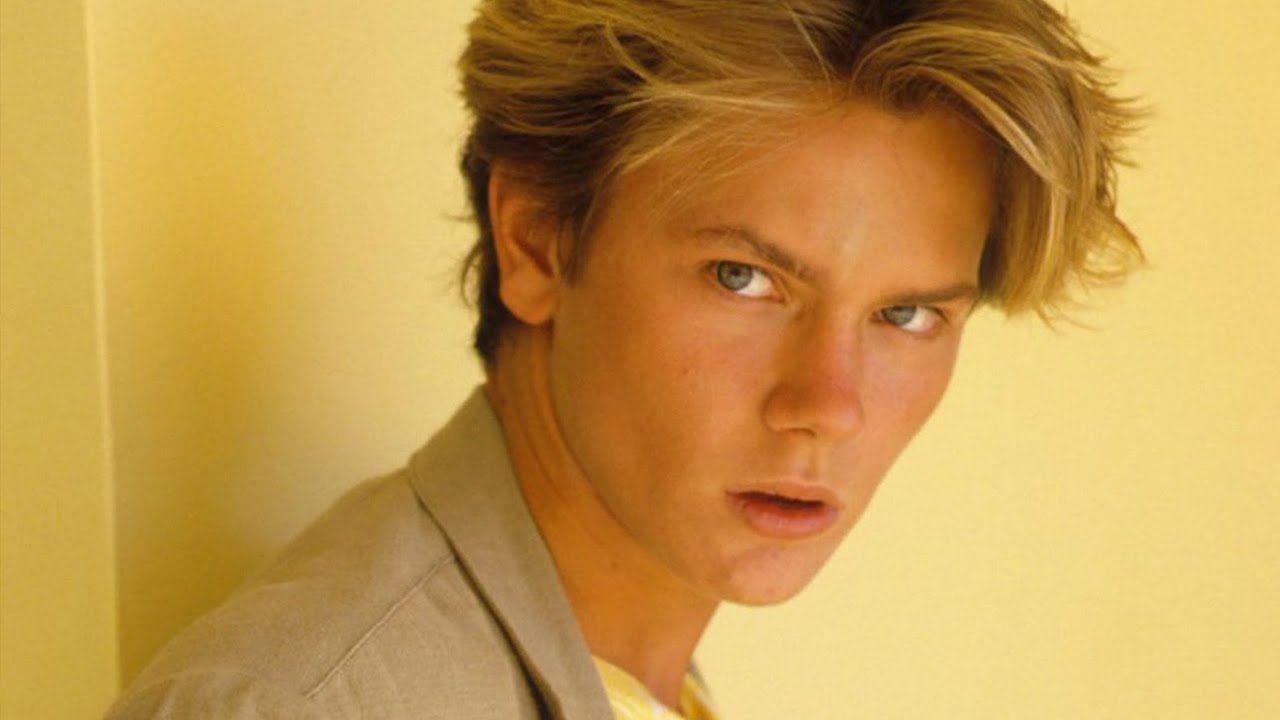 By 1993, River Phoenix had become an icon for a generation. The height of political correctness, a representative of ‘Generation X’, he advocated a pro-life, pro-animals, vegetarian lifestyle, speaking out on issues that concerned many of his fans. More than anything else, he preached an anti-drugs message that interviewers and journalists bought. So did the public, until the night of 31 October 1993 when the 23 year-old collapsed and died on the pavement outside Johnny Depp’s nightclub, The Viper Room, on Sunset Strip, Los Angeles. His drug habit was Hollywood’s best kept secret until that moment. In January 1995, TV soap star and singer Jason Donovan collapsed at Kate Moss’s 21st birthday party, also at The Viper Room, (she was Depp’s girlfriend), after privately snorting too much cocaine. Luckily, his drug addiction did not prove fatal. Depp’s club was quickly and unfairly branded a ‘drug haven’ by the press. The British tabloid News of the World ran a disgraceful headline after Donovan’s stupidity that read: ‘Depp’s Den of Sex, Drugs and Death’. ‘It’s a nightclub, a decent place’, Johnny spoke out angrily. ‘The Mayor of West Hollywood is having her reception here, for Christ’s sakes. Why don’t they write about that? Because it doesn’t sell magazines – unless they get a photograph of the mayor with a syringe stuck in the back of her neck.’ He was indignant and rightly so.

In Oliver Stone’s 1991 film, JFK, the murder of Lee Harvey Oswald by Jack Ruby was filmed in the actual basement garage of Dallas City Hall, where the real-life shooting took place in 1963. Even Oswald’s arrest was filmed in the real Texas Theatre where it actually happened. Money from the producers helped refurbish the theatre and kept it in business. Curiously, even though no fewer than 51 witnesses claimed they heard shots coming from the grassy knoll in Dealey Plaza that day in November 1963, there are still those who believe Oswald acted alone. 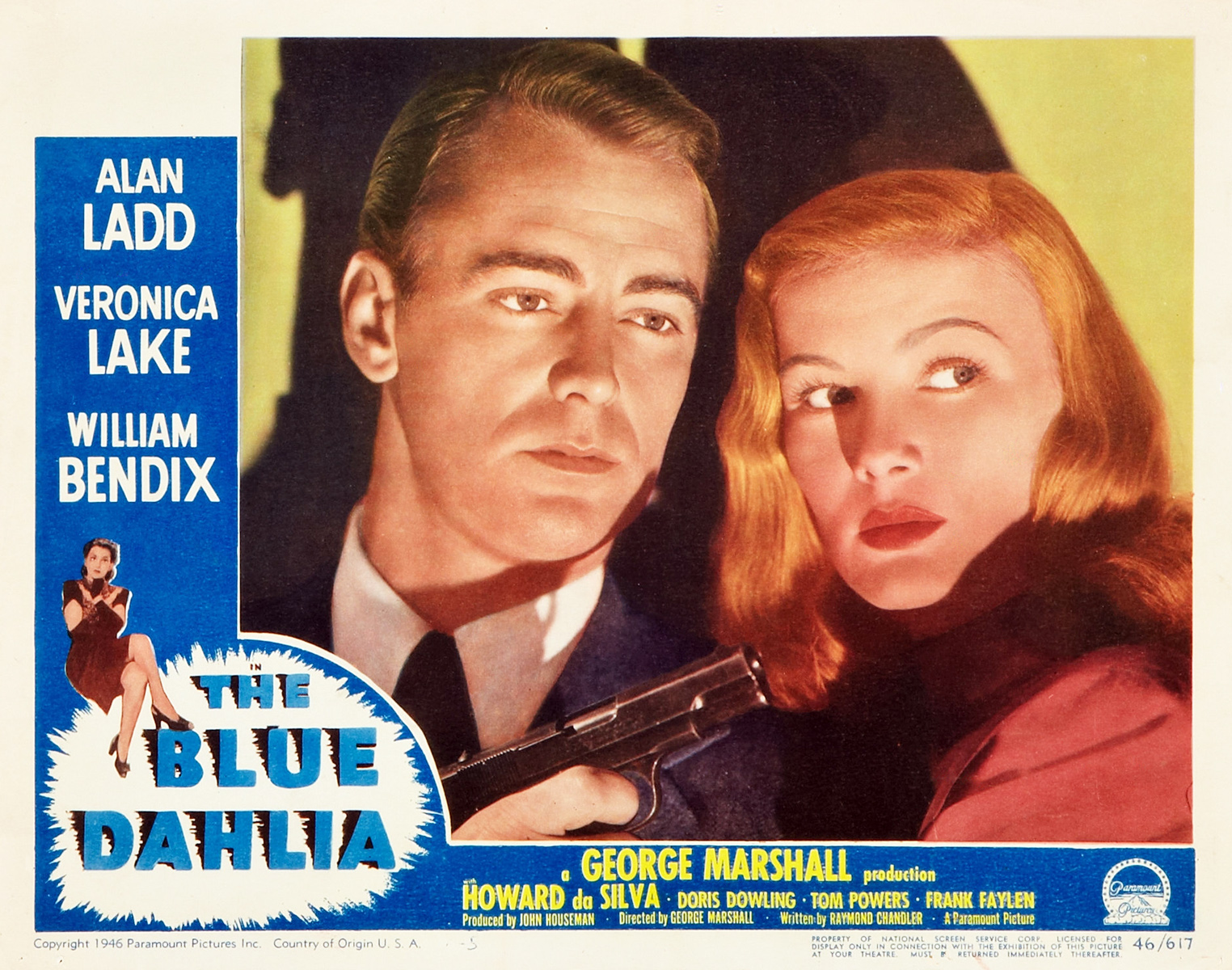 Screenwriter Raymond Chandler absolutely hated Veronica Lake’s performance in The Blue Dahlia (1946). He referred to her as ‘Miss Moronica Lake’ at every opportunity. ‘The only time she’s good is when she keeps her mouth shut and looks mysterious’, he wrote in a letter. ‘The moment she tries to behave as if she had a brain she falls flat on her face. The scenes we had to cut out because she loused them up! And there are three Godawful close shots of her looking perturbed that make me want to throw my lunch over the fence.’ Her co-star Alan Ladd liked having her in his pictures, however, because she stood just 4’11” tall, a full seven inches shorter than him! 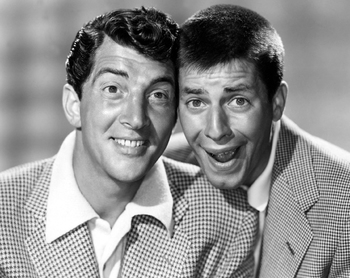 Hollywood or Bust (1956) saw the final movie pairing of the comedy duo of Dean Martin & Jerry Lewis, prior to them parting company to pursue individual careers. The set was anything but a happy one. Neither man spoke a word to the other except when the script demanded they do so. Jerry often stated in his later years that he had never watched the picture because it brought back too many bad memories of the break-up. In 1959 he was offered the Jerry/Daphne role in Some like It Hot, but he turned it down because he did not want to dress in drag. Jack Lemmon took the role, was Oscar-nominated for it and was unlucky not to win. Lewis’s 2012 Last Will and Testament completely excluded all six of his sons by Patti Lewis and all their descendants, leaving his entire estate to his second wife SanDee Pitnick. He died five years later in 2017, aged 91. 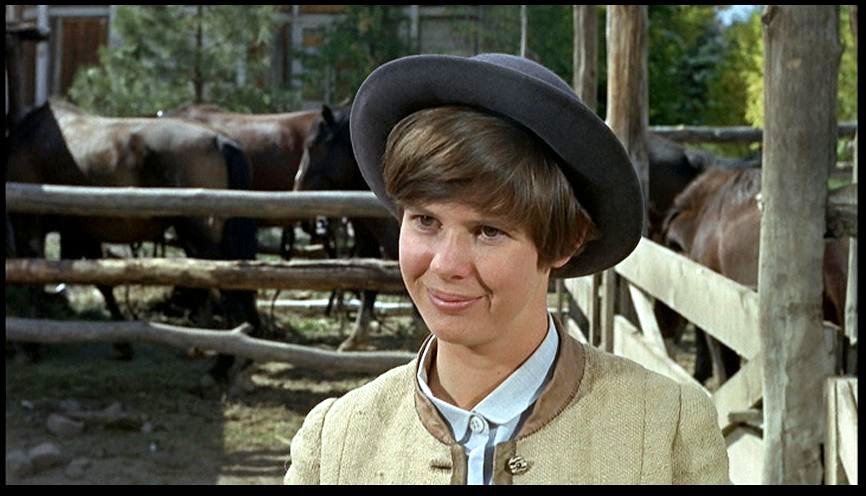 In 1968, John Wayne was a judge on ‘Your All-American College Show’, a syndicated talent show for young college students. Competing on the show that week were ‘The Dick Carpenter Trio’, a group that featured the yet to be discovered Karen Carpenter. Wayne was so impressed with her effervescent personality that he wanted her for the role of Mattie Ross in his upcoming film True Grit (1969). However, the film’s producers wanted to go with a name actress, not an unknown singer, so the part went to Kim Darby instead. Wayne found Miss Darby wholly unsuited to the role and hardly spoke to her off the set. 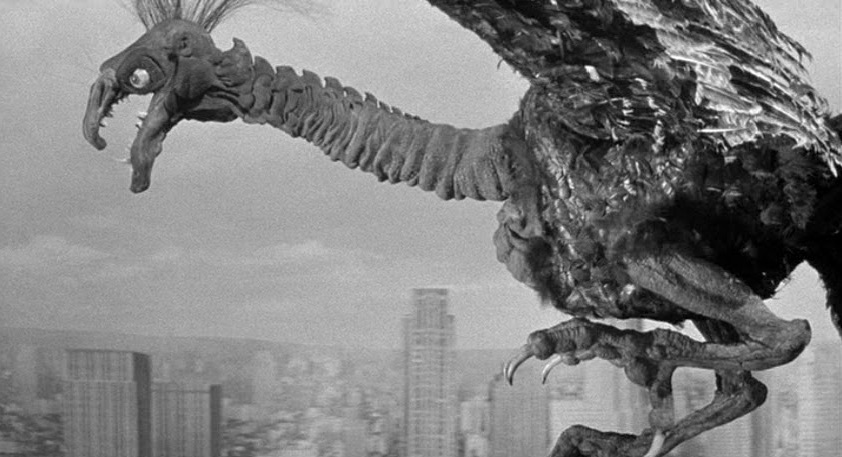 The movies’ most laughable monster – The Giant Claw (1957)

Of all the ‘monster’ films churned out in the fifties and sixties, the worst would have to be The Giant Claw (1957). It starred a moderately successful actor named Jeff Morrow, who recalled: ‘We shot the film before we ever got a look at this monster that was supposed to be so terrifying. The producers promised us that the special effects would be first class. But the first time we actually got to see it was the night of the premiere. The audience couldn’t stop laughing. We were up there on screen looking like idiots, treating this silly buzzard like it was the scariest thing in the world. We felt cheated, that’s for sure, but they told us afterwards that they just ran out of money. They couldn’t afford anything but this stupid puppet.’ Morrow ended up slinking out of the theatre before the film was over, praying that no-one he knew would recognize him. The producers’ plan had been to use a stop-motion model created by the legendary Ray Harryhausen, but the money ran out and a pathetically stupid marionette became the ‘monster’. 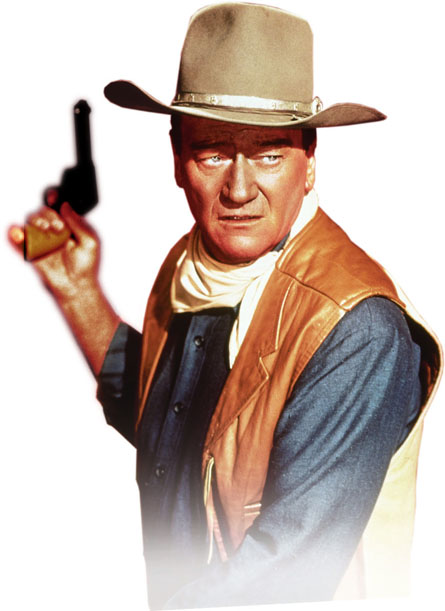 It might surprise readers to learn that characters played by the seemingly indestructible John Wayne died in TEN of his films. They were:

Note: * denotes his character dies but not on screen. 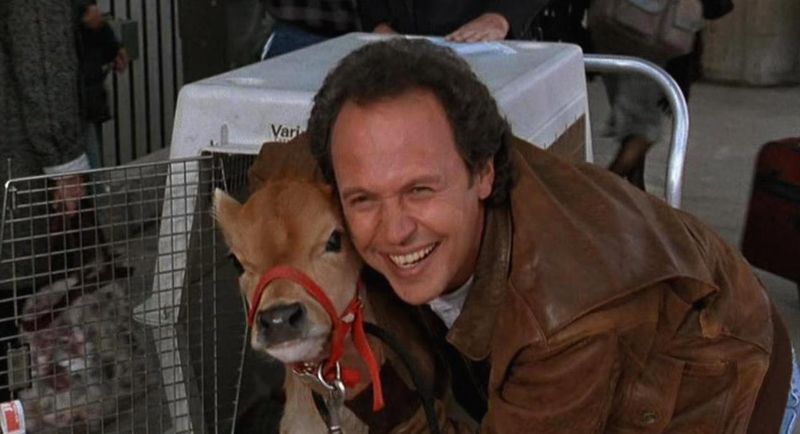 In 1991’s City Slickers, the birth of Norman the calf was done using an artificial birth canal constructed by the special effects people. Norman was already two days old when he was placed in it, smeared with ‘realistic bloody jelly’, according to actor Billy Crystal, and then extracted by Billy’s character Mitch in the, ‘I made a cow’, scene. Norman (that was the animal’s real name, by the way) went on to portray a steer, a grown cow and a bull during his screen career. His owner was paid $750 a day for his services.