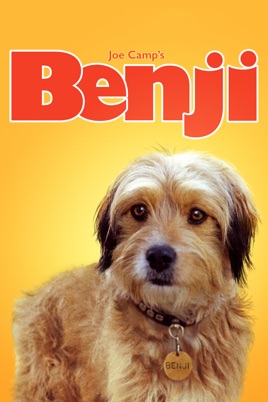 The dog that played the title role in the 1974 family film Benji was a mongrel named Higgins, a mix of cocker spaniel, poodle and schnauzer. Animal trainer and breeder Frank Inn adopted him in 1960 from the Burbank Animal Shelter in Burbank, California. For seven seasons Higgins was the dog (un-named) in TV’s Petticoat Junction. Although there were several sequels to Benji, Higgins only appeared in the first film. He died aged 17 in 1975. Mr. Inn also trained the animals used in The Beverly Hillbillies (1962), as well as the chimpanzees in the Lancelot Link: Secret Chimp series in 1970. When he passed away in 2002, he left instructions for Higgins’ urn to be placed inside his casket.

Nigel Green was said to have been greatly depressed throughout the filming of The Ruling Class (1972). Shortly after production concluded he passed away from an overdose of sleeping pills. His death was officially ruled as ‘accidental’, but many who knew him during his final days were convinced he had taken his own life. Fans of Zulu (1964) will lovingly remember him as Colour-Sergeant Bourne, the man that many felt should have won the Victoria Cross. In fact, the real Bourne was offered a VC but chose a commission instead. 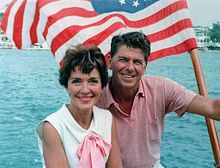 The Reagans, both Ron and Nancy, relied on astrology to make every decision. The President called his astrologer, Ed Helin, to determine the best timing for invading Grenada, for bombing Libya, for launching the Challenger shuttle, and so on…A local representative of the Republican National Committee would deliver an envelope of cash to Helin each month. Ronnie had started with astrologers early in his Hollywood career and then Nancy got into it. As First Lady she switched astrologers a number of times but, nevertheless, hired and fired White House aides and other staff according to their advice. Her San Francisco – based astrologer Joan Quigley charged $3,000 a month for her advice. It was Quigley who convinced the Reagans to hold off announcing Ronnie’s intention to seek re-election until 10.55pm (precisely) on Sunday, 29 January 1984. 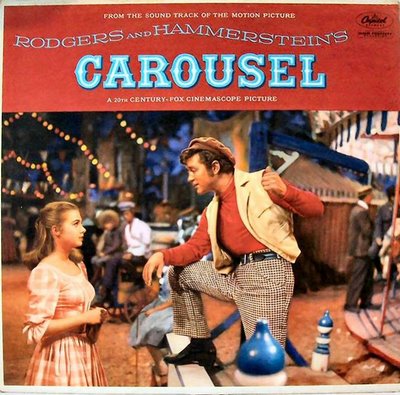 As much as I love the wonderful Carousel (1956) soundtrack, the movie itself seems to lack the magic that truly great musicals tend to generate. Consequently, even though the critics were kind to it, the public was not and it was probably Rodgers & Hammerstein’s least successful picture at the box-office. Personally, I could never understand why the delightful tunes, ‘Blow High, Blow Low’ and ‘You’re a Queer One, Julie Jordan’ did not find their way into the film. Both are on the soundtrack album. Significantly, Shirley Jones favoured the Carousel score over all the works of Rodgers & Hammerstein. 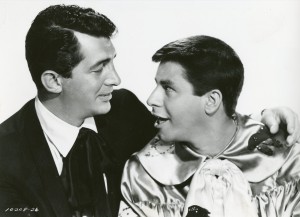 Artists and Models (1955) was the third last screen appearance of Dean Martin & Jerry Lewis together, and even then they were not on speaking terms. Shirley MacLaine worked with them in this picture and soon discovered that Dean was the spontaneously funny one of the two. Jerry was all seriousness once the cameras were off, a kind of ‘scientist of comedy who wanted to be a director’. He basically took over, and when he did so Dean walked. Shirley developed a huge crush on Dean but nothing was consummated because his wife was always around. It was Dean who knew all the mobsters, his pal Frank Sinatra was what the ‘wise guys’ called a ‘wannabe’. Mob boss Sam Giancana taught Shirley how to play gin rummy! 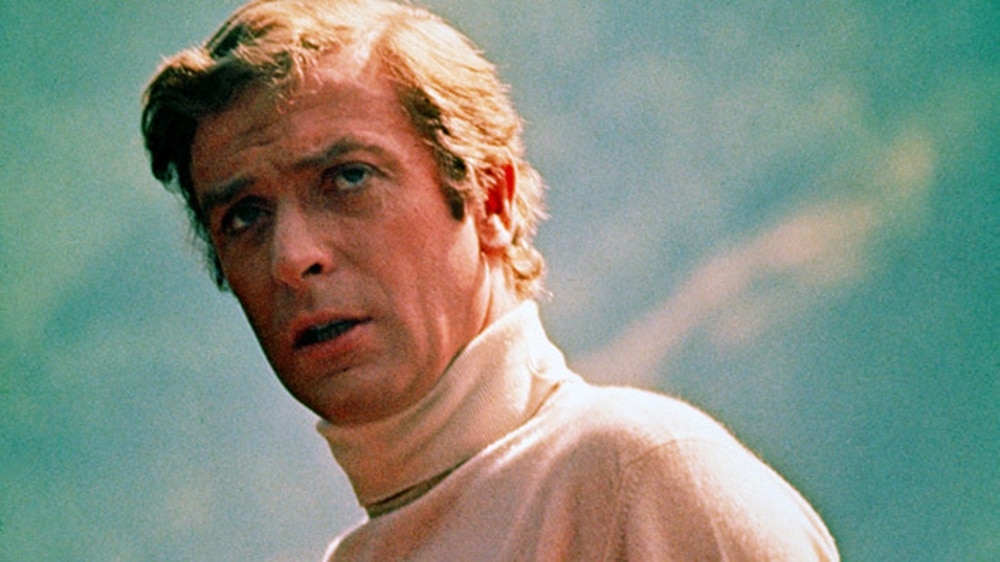 The 1969 version of The Italian Job is basically a movie about cars and driving. A large proportion of the film involves mostly British Minis zooming about helter-skelter, carrying out a heist planned and led by Michael Caine’s character. Yet we never see him actually behind the wheel of a vehicle. Never. Even when he picks up an Aston Martin at the garage and, in the next shot we see it arrive at the hotel, Caine gets out of a stationary Aston Martin after a further cut. Why? Because Michael Caine could not drive a motor vehicle. He had never learned how. 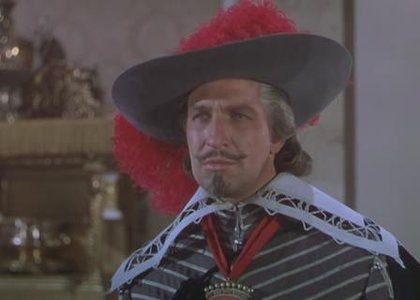 Vincent Price as ‘Prime Minister’ Richelieu in The Three Musketeers (1948)

The power of the Church, particularly the Catholic Legion of Decency (CLOD), was evident when MGM made the 1948 version of The Three Musketeers. LB Mayer and the studio’s hierarchy were so afraid of drawing flak from religious groups, that they removed all mention of Richelieu being a cardinal or even a man of the Church. Instead, he was referred to as Prime Minister, even though neither France (nor England for that matter) had prime ministers in the modern sense in the seventeenth century.

Robert De Niro and Robin Williams were both with John Belushi the night before he fatally overdosed at the Chateau Marmont in 1982. On March 5, the 33 year-old funny man was found dead in his bungalow. The cause of death was deemed to be a lethal injection of cocaine and heroin. Several years later Belushi’s drug dealing/ drug user companion during those final weeks, a woman named Cathy Smith, was sentenced to three years in prison for supplying the drugs that killed him.

The impact of Deliverance (1972) on the tourism industry in Rabun County was such that it is now the major industry in the county. Jon Voight’s stunt double, Claude Terry, anticipated this, purchased equipment used in the picture from Warner Brothers, and founded Southeastern Expeditions which is, today, the oldest white water rafting company on the Chattanooga River. By 2012, rafting had developed into a $20 million industry in the region. Commercially, however, not everyone thrived. After the picture’s release the sale of camping equipment plummeted and the Appalachian camping industry was almost bankrupted. 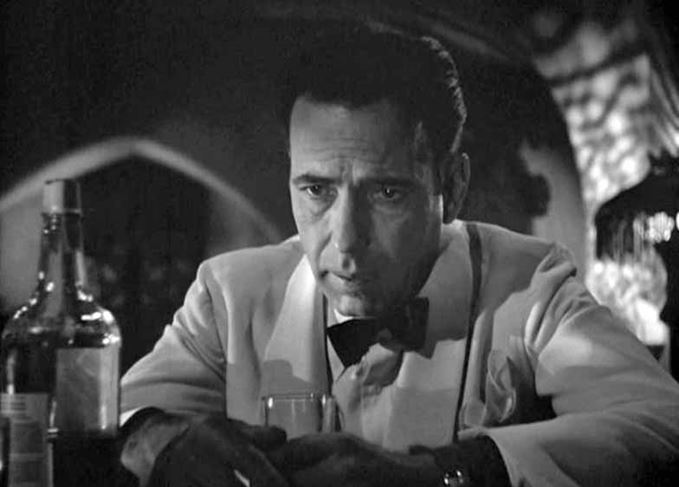 Last night I had my regular ‘fix’ of Casablanca (1942). I have watched it dozens of times and am still of the opinion that it is the best motion picture ever made. Ever. There simply is not a bad scene in the entire film! If someone asked me to choose the best scene in Casablanca, I would suggest it might be any scene that has Humphrey Bogart in it! His portrayal of the world-weary, heartbroken, cynical Rick Blaine is flawless, the best character interpretation in the history of the movies. So, did it win him the Best Actor Oscar? Of course not. He was nominated but the prize went to the ordinary Paul Lukas in the equally ordinary Watch on the Rhine. Go figure.