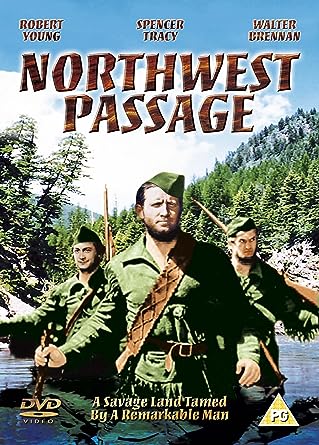 If you have ever watched the Spencer Tracy/Robert Young film Northwest Passage (1940), you have more than likely wondered why the picture was given that title when at no time in the entire movie do they get anywhere even remotely near a ‘northwest passage’. In fact, it is never even mentioned. The answer is simple enough. This was supposed to be the first of two films, the second of which would focus upon the search for the passage but, through lack of funds, it was never made. 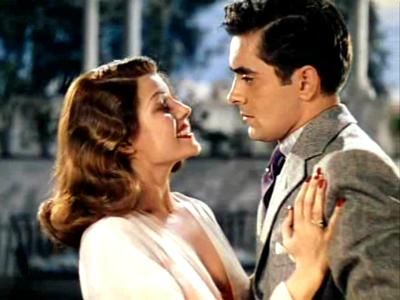 Everlasting fame in the movies can often rest on the right (or wrong) decision at the wrong time. The stunning Carole Landis was asked to play the lead in Blood and Sand opposite screen idol Tyrone Power in 1941, a huge chance for her to step into the big time. However, when told she must die her hair red, she declined the part that could have launched her career. The gorgeous strawberry blonde Rita Hayworth replaced her and Carole never did hit the heights. 20th Century Fox were all for authenticity in the bullfighting scenes, but they encountered a stumbling block. The censors. Alterations had to be made to the costumes of Tyrone Power and Anthony Quinn to eliminate the ‘unsightly bulges’ caused by their masculinity. Consequently, both stars felt ‘under-developed’ when in the company of the other bullfighters off-screen. It had long been the practice of matadors to enhance their manliness, to show off their genital bulges.

In the classic Jimmy Cagney musical Yankee Doodle Dandy (1942), the lovely Joan Leslie portrayed Mary Cohan from the age of 18 until 57. There were several delays in production because 16 year-old Joan was still attending school! The lovely Joan made her debut as an eleven year-old in the Garbo classic Camille in 1936, under her birth name Joan Brodel. In 1941 she became Joan Leslie. A devout Catholic, she was named ‘Girl of the Year’ in 1948 by the Catholic Youth Organisation. Joan led a scandal-free life, married for fifty years to a doctor. She usually played sweet, innocent, beautiful girls next door, which was pretty much what she was. She died in 2015 aged 90.

Considering the man’s place in history, it is surprising how few movies have ever been made about Lord Horatio Nelson, the hero of the Battle of Trafalgar. In fact, the only one of note is the 1941 opus That Hamilton Woman, starring Laurence Olivier as the great man. Maybe it is because audiences do not like to see their heroes killed in the final reel. Then again, maybe it has to do with stature. Olivier was 5’10” tall but, if a director was after a more authentic look, a more fitting piece of casting (height-wise) might have been the 5’3” Peter Lorre! Nelson stood at just 5’5”. Perhaps, this also explains why the French Commander of the Redoutable, (the ship that tangled with Nelson’s Victory), Captain Jean Jacques Etienne Lucas, rarely if ever gets a look-in as a noble adversary of the admiral. Lucas, believe it or not, was just 4’8” tall! That is two inches shorter than Danny DeVito! 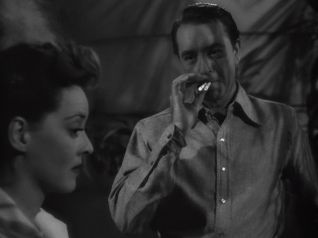 There is a very famous scene in Now, Voyager (1942) in which Paul Henreid puts two cigarettes in his mouth at the same time, lights them both and hands one to Bette Davis. For some reason that simple act captured the romantic imaginations of women all over the world. Henreid was ever after accosted by women begging him to light their cigarettes for them. He liked to claim that he personally came up with the ‘two cigarettes’ idea, but that was simply a lie. It was first done in a D.W. Griffith film in 1917, and again in The Rich are Always With Us (1932) by Ruth Chatterton and George Brent. Furthermore, Bette was actually in that movie, so maybe she suggested re-using it. Of the many hit movies made by the inimitable Bette, Now, Voyager was by far her biggest box-office success. The critics thought it so-so; the public was in raptures over it.

The regular price of a ticket to the cinema in 1940 America was 40 cents, but patrons attending the premiere of Virginia City were charged the exorbitant fee of $1.10 per ticket, the extra 70 cents supposedly to cover the on-stage personal appearances of the movie’s stars Errol Flynn, Miriam Hopkins and other members of the cast. At the completion of the film, however, patrons were advised that the stars were unable to make it. The ensuing uproar saw the irate audience take hostage five busloads of Warner Bros. employees and demand a refund of the additional 70 cents. Their demands were met by the theatre owner and the hostages were released.

The story goes that Winston Churchill was about to watch a screening of the Marx Brothers film Go West (1940), when he was informed that Hitler’s deputy Rudolph Hess had just been captured in Scotland. Hess had, evidently of his own accord, decided to fly to Britain alone and attempt to negotiate a peace with the British Prime Minister. When informed that a German parachutist claiming to be Hitler’s deputy wished to see him, Churchill famously commented: ‘Well, Hess or no Hess, I’m off to see the Marx Brothers’. Some sources suggest the picture was either this one or Monkey Business (1931).

Norma Shearer refused the title role in Mrs. Miniver (1942) because she would not play a mother. Greer Garson replaced her and she did not want it either, but was contractually obliged to take the part and it won for her the Best Actress Oscar. Her acceptance speech at the Academy Awards lasted an agonizing five and half minutes, the longest on record! It was not 45 minutes as some historians claim. In real life, as soon as shooting concluded on the picture she married Richard Ney, the 26 year-old New Yorker who portrayed her sappy, oh so English son Vin in the film. He was 12 years her junior and Mrs Miniver was his screen debut.