Over the past century or more that Hollywood has existed there has been no shortage of abortions performed on many of its aspiring young actresses. Unwanted offspring are not unique to the movie business, but they do tend to interfere with ambitions, not to mention reputations, more often in Tinsel Town than elsewhere. Careers have often been made (or saved) on an abortionist’s table.

This article is by no means a comprehensive list of those ladies in the acting fraternity who have found it, career-wise, to be necessary or desirable to become ‘un-pregnant’ at a hundred miles an hour. Nor does it judge those women for choosing such a course. I am a man. Therefore, I have no right whatsoever to judge what a woman does with her own body. That is for her, and her alone, to decide. After all, half the responsibility for the situation in which she finds herself lies with some guy yet, more often than not, he somehow manages to remain anonymous while she must wear the pain, the cost and the condemnation of that section of society only too willing to stand in judgment on others. The moral rights and wrongs of abortion have been argued for centuries by smarter people than me. No doubt my views on the subject have been stated countless times before, but we are each entitled to speculate on important issues. Speculate, but not judge, I hasten to add. Take the situation of the late Marilyn Monroe, for example. Her biographers claim she underwent no fewer than twelve abortions before her thirtieth birthday. No wonder she found it impossible to carry a baby full term during the six years she had left to live. Having read a plethora of books on her life, I have arrived at the not too original conclusion that Marilyn, like Grace Kelly, was more than happy to sexually accommodate anyone she felt might advance her career. With that in mind, why did she not take precautions to ensure she did not fall pregnant? Grace certainly did. Why did Marilyn not insist that her lusty partners wear protection if they wanted to bed her? Evidently, her partners ignored the issue as well, so half the blame lies squarely on their shoulders also, but does anyone even know their names?

If an unauthorized biography about her is to be believed, Madonna has almost equaled Marilyn’s abortion count, being just one behind her with eleven. She acknowledged having had ‘several abortions’ during an interview with Stina Dabrowski in 1994. Whereas MM was not alive when ‘the pill’ was invented, Madonna certainly was, so why did she not take precautions? And once again, what are the names of the potential fathers of her unwanted pregnancies? No-one seems to care. She gets branded by some as a ‘baby killer’ and a tramp while her partners remain free to spread their seed wherever and whenever they get lucky.

If I happen to sound judgmental after saying I had no right to be, I should point out that I am not concerned with the moral question of abortion at all. In the cases of Marilyn and Madonna I am simply mystified as to why they would place themselves in such a position time and time again? It does not take a rocket scientist to realize the possible (probable) consequences if you sleep with partners time and again without bothering about protection for either party. Anyone can get carried away in the heat of the moment, but to continually risk unwanted pregnancy beggars belief and is impossible to justify. 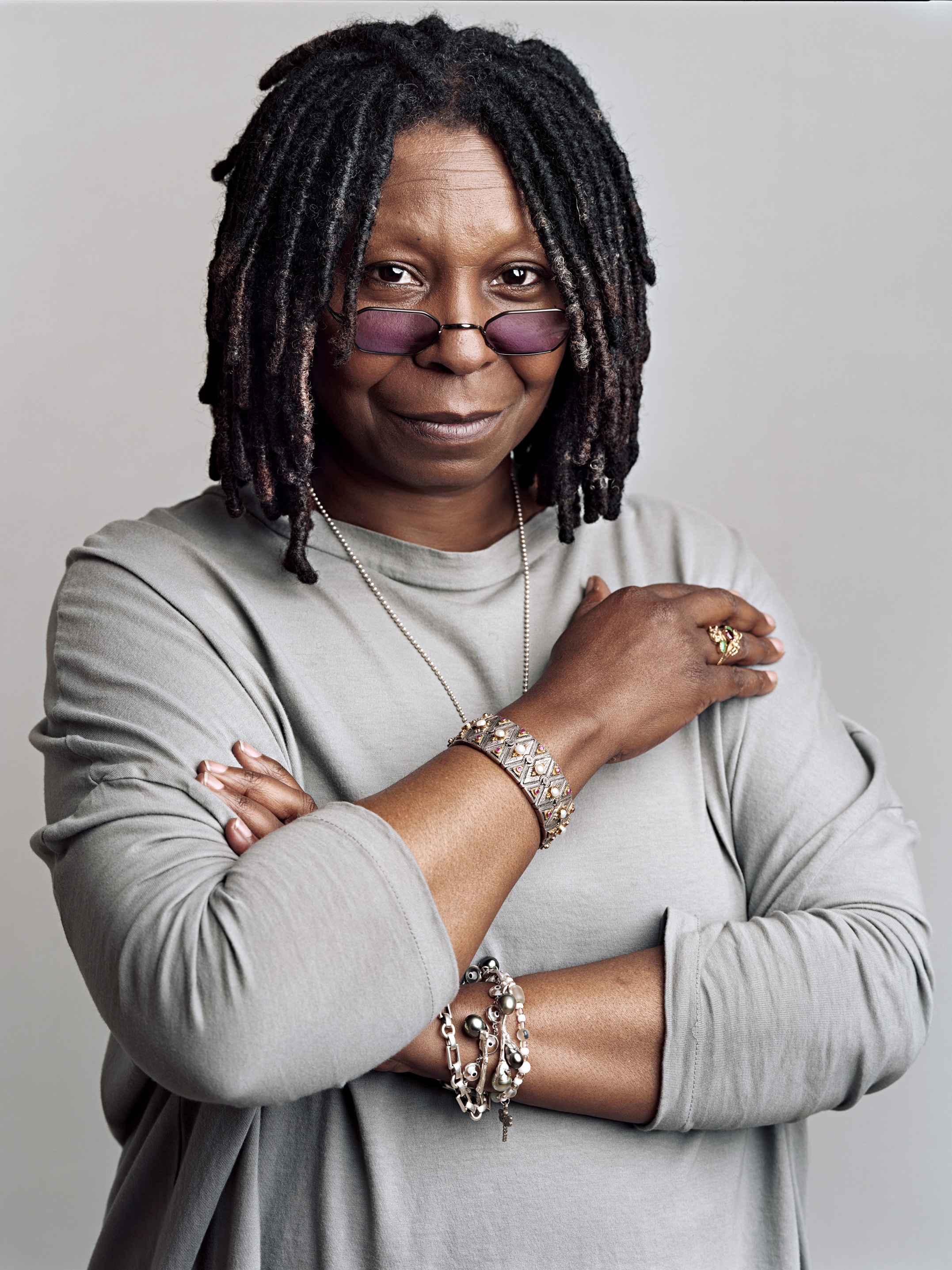 Most unwanted pregnancies are the result of carelessness, uncontrolled passion, miscalculation, drug or alcohol befuddlement or – worst scenario of all – sexual assault. The most stringent opponents of abortion rarely differentiate, however. They make no allowances for extenuating circumstances, yet every instance has its own unique factors. Here are a few of them: When Oscar-winning actress Whoopi Goldberg became pregnant at the age of fourteen she is said to have used a coat-hanger on herself to abort the child. Three years later she gave birth to her daughter, Alexandrea Martin, later becoming a grandmother at 34 when her daughter gave birth at 16. ‘I drank these strange concoctions girls told me about’, Whoopi recalled. ‘Something like Johnny Walker Red with a little bit of Clorox, alcohol, baking soda (which probably saved my stomach) and some sort of cream. You mixed it all up. I got violently ill. At that moment I was more afraid of having to explain to anybody what was wrong than of going to the park with a hanger, which is what I did.’ 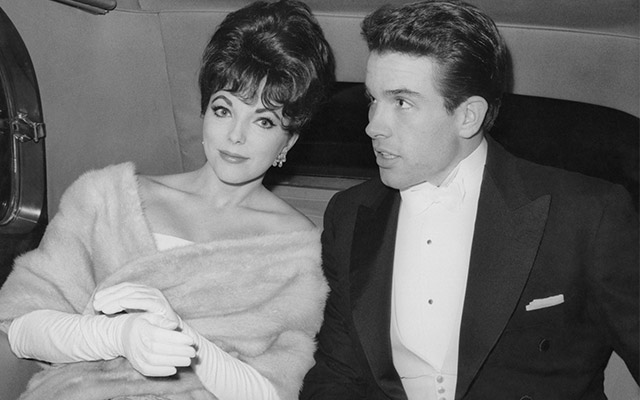 Collins and Beatty – er…’poor’, but happy

In 1960 Joan Collins was engaged to Warren Beatty when she became pregnant and aborted his child. They never did marry. ‘It would have been unthinkable to have a child’, she confided to an interviewer. ‘He didn’t have any money, I had nothing, and I believe if you are going to bring a child into the world that you have to have a responsibility to that child. I’m so happy that Tara was my first child. I love her dearly and it would not have been the same had I had another child, so I know I made the right decision.’ What she declined to mention was that both she and Beatty had ambitions and career plans that did not include being lumbered with a child. As for them both being broke…bollocks!

Others such as Joan Crawford, Jean Harlow and Judy Garland were issued with ultimatums by studio bosses at MGM, Warner Bros, Paramount and RKO – get an abortion or lose your job! The movie business has always been dominated by men whose rampant sexism, particularly during the so-called ‘Golden Age’, determined what happened to the bodies of their actresses regardless of the ladies’ stature in the industry. 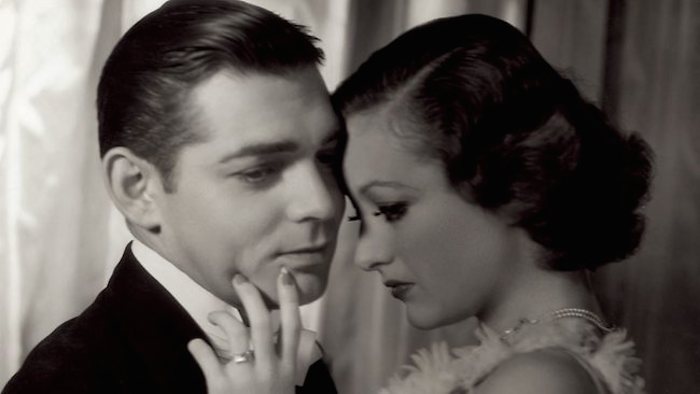 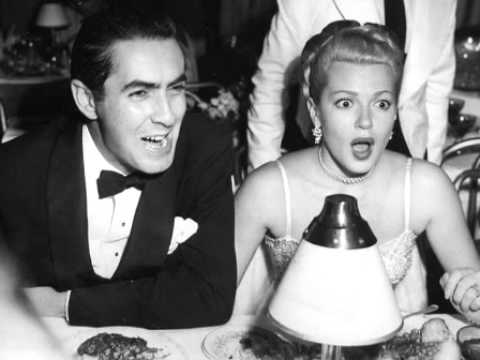 When the married Clark Gable impregnated the equally married Joan Crawford, MGM’s head of publicity payed for her abortion and ordered them to cease seeing each other. They gave their word – then quickly broke it. The same studio payed for Lana Turner to abort Tyrone Power’s child. In fact, Gable, Power, Errol Flynn and the permanently aroused Charles Chaplin were forever getting girls in trouble (some famous, some not), and being bailed out by their respective studios. Gable & Young in Call of the Wild Devout Catholics like Loretta Young presented a problem, however. When Gable put her in the family way on the set of Call of the Wild (1935), her religion would not permit an abortion, so she went abroad for a few months, had their baby – and then adopted it! Good old Clark never did acknowledge his part in the entire charade, but all Hollywood knew. Lupe Velez, another devout Catholic, could not choose between her baby and her career, so she took her life instead. Her marriage to Johnny Weissmuller had been over for years when 36 year-old Lupe fell pregnant to Austrian actor Harald Maresch in 1944. She named him as the father in her suicide note.

It has been estimated that over half the Hollywood women who have undergone abortions have done so because of pressure brought to bear by the fathers of their babies. These men much prefer to pay for an abortion than for eighteen years of child support. It’s a ‘no-brainer’ as far as they are concerned. Besides, they have been known to argue, most movie actresses can afford to pay for an abortion. The Supreme Court’s 1973 Roe vs. Wade decision to legalize abortion, rather than empower women, simply encouraged more men to press their pregnant girlfriends to legally abort.

The abortion rate in the movie world played an integral part in the rise to power of gossip columnist Louella Parsons. Her third husband was a Los Angeles surgeon named Harry Martin. He was known throughout their 21 year marriage as ‘Docky’ and it was no coincidence that the major studios often sent their errant stars and starlets to him for confirmation of their pregnancy status. Needless to say, ‘Docky’ passed this information on to Louella, (along with any extra data on male or female actors who had contracted any sexually transmitted diseases). The threat of exposure by Louella helped the studio bosses keep the naughty players in line. At the peak of her powers, Parsons’ column was syndicated to over 400 newspapers and 20 million readers around the world. She could destroy a career with a single sentence if she (with the studios’ permission) chose to. 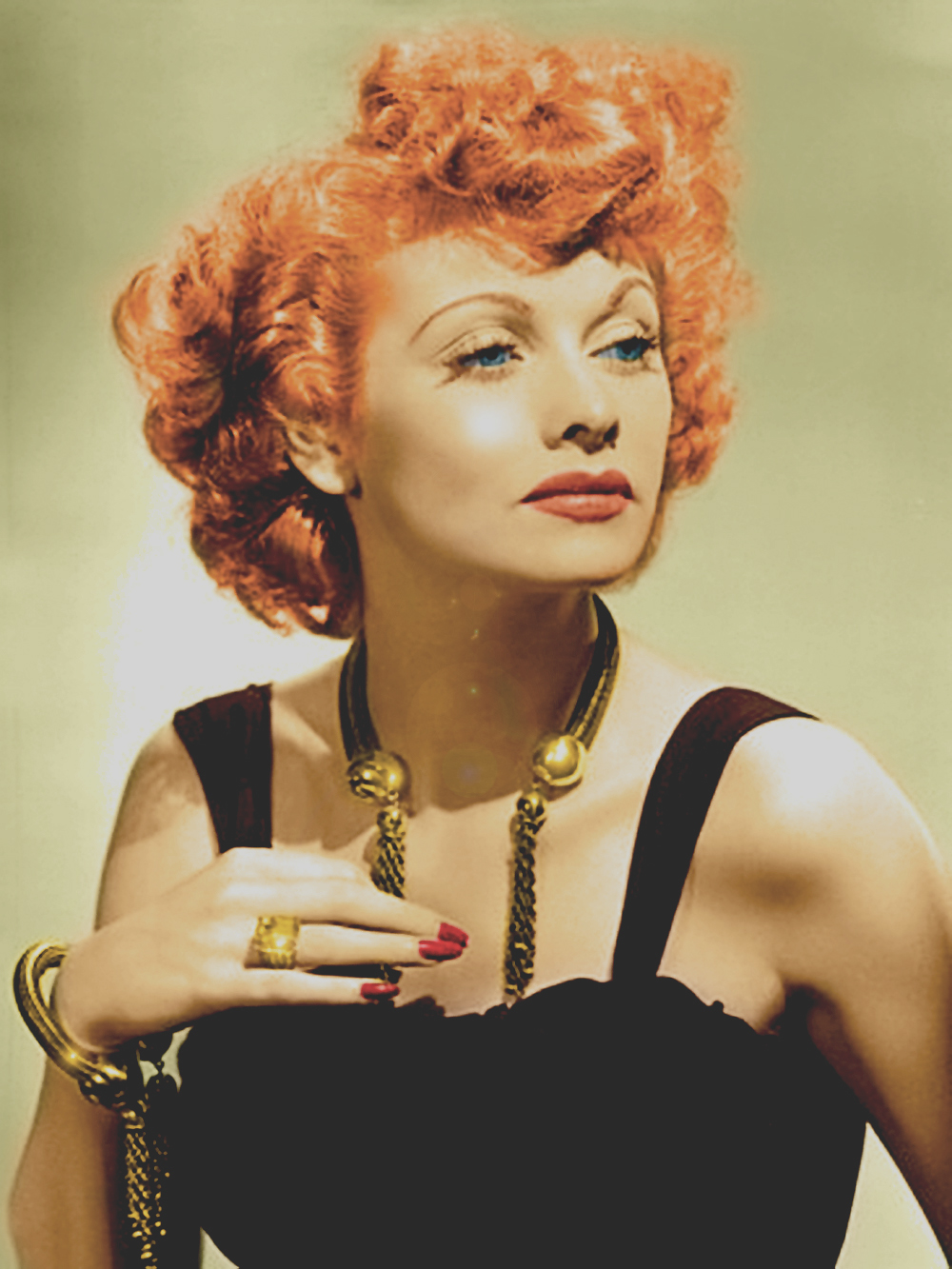 The list of Hollywood actresses who have had abortions is far too long to record here, but a few of the more famous of them are: Lucille Ball of I Love Lucy fame, Rita Hayworth, Catherine Deneuve and Shelley Winters. Ava Gardner aborted two of Frank Sinatra’s babies. Jean Harlow only lived to 26 years of age but had multiple abortions to several different men. West Side Story’s Rita Moreno aborted Marlon Brando’s child during their eight-year relationship, unable to cope with his serial cheating. She also attempted suicide before breaking with him. They met on the set of Desiree in 1954. Margot Kidder of Superman fame (she was Lois Lane), gave herself an abortion by consuming Lysol.

American Graffiti’s Mackenzie Phillips’ life is one of Hollywood’s truly horrendous stories. The daughter of John Phillips of the Mamas & the Papas pop group had an incestuous relationship with her abominable father for a decade, even confessing to having sex with him on her first wedding night when she was 19. The sex eventually ended when she became pregnant and was unable to determine whether or not he was the father. She aborted the baby and her father paid the bill. 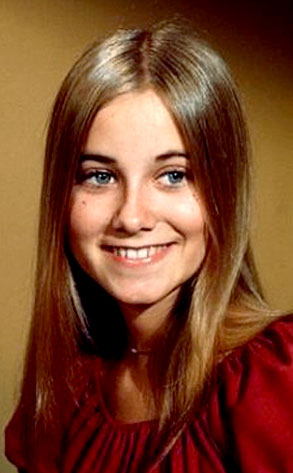 Maureen McCormick was one of the stars of the extremely popular TV series The Brady Bunch and openly confesses to having had three abortions. ‘I was 18, 19 and 20 when I had each abortion’, she said during a segment of The Morning Show with Mike & Juliet. ‘It shows how careless I was. It shows what drugs did to me and how far I went. I was not aware of the things going on in my life. Playing Marcia, I always had to be perfect…but I had so much going on underneath. I always felt I had to be perfect for the public. Now I know I don’t – I can just be me.’

Kathy Najimy, who played Sister Mary Patrick in Sister Act and Mary Sanderson in the Disney film Hocus Pocus, was a signatory on a ‘We Had an Abortion’ petition. In a speech for ‘Planned Parenthood’ Kathy had this to say: ‘I have to say that my circumstances are unusual in that there were no unusual circumstances. Because of Roe v. Wade, I was entitled to a safe and legal abortion…I knew and know that my situation was Disneyland compared to that of others.’

The list goes on and on. We will probably never know how many young starlets arrived in Tinsel Town since the turn of the 20th century, tried to break into movies, but succeeded only in falling prey to one or more of the industry’s predators. There must have been thousands of them who lost their innocence, covered their indiscretions with an abortion, and quietly returned home, a little sadder and a lot wiser. For many the Dream Factory became the stuff of nightmares.