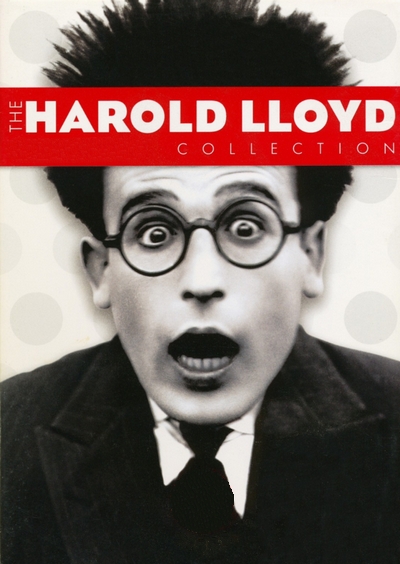 Harold Lloyd was a giant in silent comedy films during the fledgling days of the movie industry, yet today he seems all but forgotten. There was a time, however, when his name was mentioned in the same breath with the likes of Chaplin, Keaton and Arbuckle, and he was among the ten richest entertainers in the entire world in the 1920s. Today, the occasional TV special trips down nostalgia lane and we glimpse him hanging off the hands of a giant clock in Safety Last! (1923), but most fans know next to nothing of this remarkable performer. He was born to a virtually unemployable father and an overbearing mother in Burchard, Nebraska in 1893. When his folks divorced he chose to go with his father, a man whose nickname, ‘Foxy’, said more about him than any ten-page resume could. They went to California where a ‘fortunate’ accident payout gave Foxy enough money to purchase a pool hall. It failed. At the age of 20 Harold met Hal Roach and became involved in silent movies, appearing in nine shorts as an extra or bit player in 1913 alone. By the time World War One ended in 1918 he had made another one hundred and thirty four films, most of them as the star or featured player. For most of his career Harold employed his father to sign all his autographs, in itself a full-time job as Lloyd’s fabulous career took off. Foxy’s ‘signatures’ are easily distinguished from genuine Harold Lloyd ones. They are typical of his era, full of flourish, whereas those of his famous son are quite plain. Until the end of 1917 Harold’s on-screen characters were pretty much thinly disguised versions of Chaplin’s little tramp, but from that point onward he adopted his bespectacled ‘man in the street’ persona, capable of somehow bungling his way over any and every obstacle he encountered over life’s highway. He was still with the Roach Studio, but the two men constantly quarreled until Harold ultimately left and wound up at Paramount. He fell head over heels in love with his first leading lady, Bebe Daniels, but his steadfast refusal to commit himself to marriage eventually led to their parting. They remained friends, however, for the remainder of their lives. 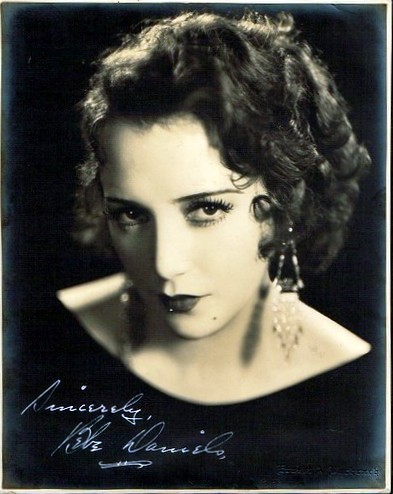 Harold was a highly complex man. Wildly superstitious, he expected his chauffeurs to know which streets were (in his opinion) bad luck, and to thus avoid them. He always entered and left a premises by the same door and followed superstitious rituals when dressing and undressing himself. He was a notorious cheapskate with everyone but himself, spending a fortune on his numerous motor vehicles, high-fidelity stereo systems, breeding his Great Danes, a myriad other hobbies – and women. By all accounts he possessed an enormous libido which, if we can believe Hal Roach, resulted in several illegitimate children and a chronic VD problem. On August 14, 1919 he was permanently disfigured when a prop bomb accidentally exploded, blowing off his right thumb and forefinger. He spent thousands on prosthetic flesh-colored gloves to hide his disability from the cameras and his public, even after his career had ended. All this happened before he moved from Pathe and Roach to Paramount. During the 1920s Harold’s features made a lot more money than did Chaplin’s. He consistently earned in excess of a million dollars per movie throughout the decade, an astonishing amount for the times. In 1923 he married his second co-star Mildred Davis. She starred opposite him in Safety Last! And was best friends with Marion Davies, Mary Pickford and Colleen Moore. The coming of sound spelled the beginning of the end to Harold’s salad days. He had relied on sight gags for years and both he and his writers struggled to provide humorous dialogue. His pictures began making less and less money until The Cat’s Paw in 1934 actually lost over $300,000. Try as he might he could not come up with another picture that might put him back on top. In desperation he invested his own money in Professor Beware (1938) – and lost. At just 45 the still immensely rich Harold Lloyd’s movie career was all but over.

As his screen career petered out Harold became increasingly litigious. When an old friend (but hopeless alcoholic), former director Clyde Bruckman, sold some of Lloyd’s gags to MGM, Harold successfully sued the studio. The scandal put paid to Clyde’s professional life once and for all. Back in the old days Harold had generously given him unearned directorial credits for a couple of his films, just to keep the man’s head above water, but by 1951 patience had grown thin. In 1955 the desperately unhappy Bruckman ate a meal he was unable to pay for and then shot himself in a telephone booth with a pistol he had borrowed from Buster Keaton. Part of the magnificent GreenAcres estate

Throughout the late forties and into the sixties Harold indulged himself by combining his two favorite passions – 3D photography and glamorous models. At the time of his death his collection of 3D still photographs (most of them nudes) is believed to have numbered an astonishing 250,000! He was also one of the very few stars to own almost all the films in which he appeared, although a great many of his early pictures were lost forever in a nitrate fire at GreenAcres in 1943. Fortunately, his grand-daughter has restored the remainder and made them available periodically on TCM.

When Superman first appeared on the comic book scene in the 1930s it was Harold Lloyd who became the inspiration for his Clark Kent identity. It is believed Douglas Fairbanks was the role model for the Man of Steel. Harold always knew that removing his own spectacles was sufficient to render him almost unrecognizable to his fans off-screen. Clark Kent and Superman kind of did the same thing in reverse. 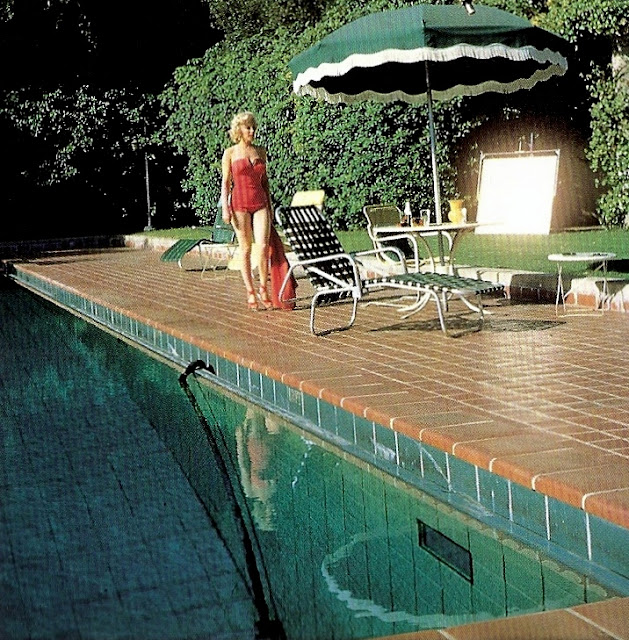 Marilyn Monroe by the GreenAcres pool

Parts of the Yul Brynner film Westworld (1973) were shot at Harold’s estate, GreenAcres. He had passed away in 1971, but had expressed a desire that his beloved estate be preserved on film in some way. Happily, he was not there to see GreenAcres sold a few years later, although that was more than likely due to him not providing any funds for its upkeep in his will. His heirs opened the place as a tourist attraction for a while, but the income generated was insufficient to keep it going. In its prime the estate boasted 44 rooms, 26 bathrooms, 12 fountains and 12 gardens. 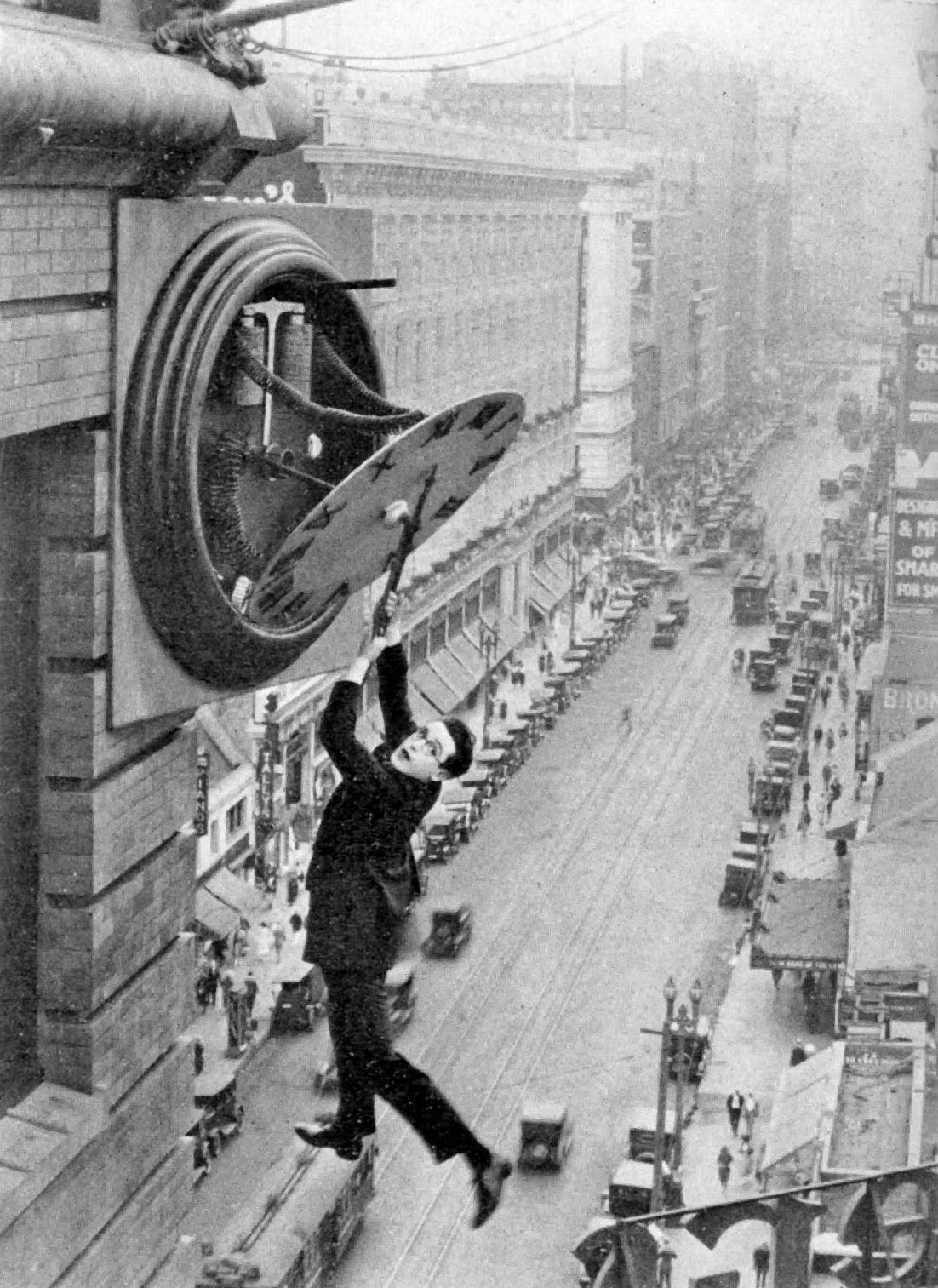 For decades Harold’s famous stunt which showed him hanging from the minute hand of an enormous clock twelve stories above the street was considered to be one of the truly great stunts in movie history, completed in the days when CGI was unheard of. After his death in 1971, however, it was revealed that his stuntman Harvey Parry did most of the flips and near-falls in the sequence, and the clock scene was not quite what it appeared. A set replicating the building’s top two floors was built atop the real building in downtown Los Angeles, and a huge mattress was placed about twenty feet below the clock-face and out of camera-shot. When we recall that Harold wore a prosthetic glove to conceal his two missing digits it is no great surprise that something had to be devised for the scene to protect the famous star. TCM viewers are only now beginning to see his films. And they are pretty damned good.