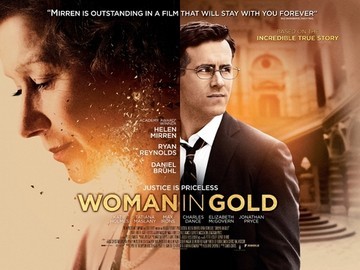 This is a fine historical drama about the efforts of a Los Angeles lawyer named Randy Schoenberg (played by Ryan Reynolds) and an octogenarian Jewish refugee from Austria named Maria Altmann (Dame Helen Mirren) to sue the Austrian Government in an endeavour to reclaim five pieces of family artwork by Gustav Klimt that were stolen from Maria’s family during World War Two by the Nazis. An estimated 100,000 works of art stolen by them have never been returned to their rightful owners. After all five of the Klimt pieces were returned to Maria, Jewish philanthropist Ronald Lauder bought the ‘Woman in Gold’ for $135 million to display at his New York City museum, the Neue Gallery. The remaining four paintings sold for another $192 million. 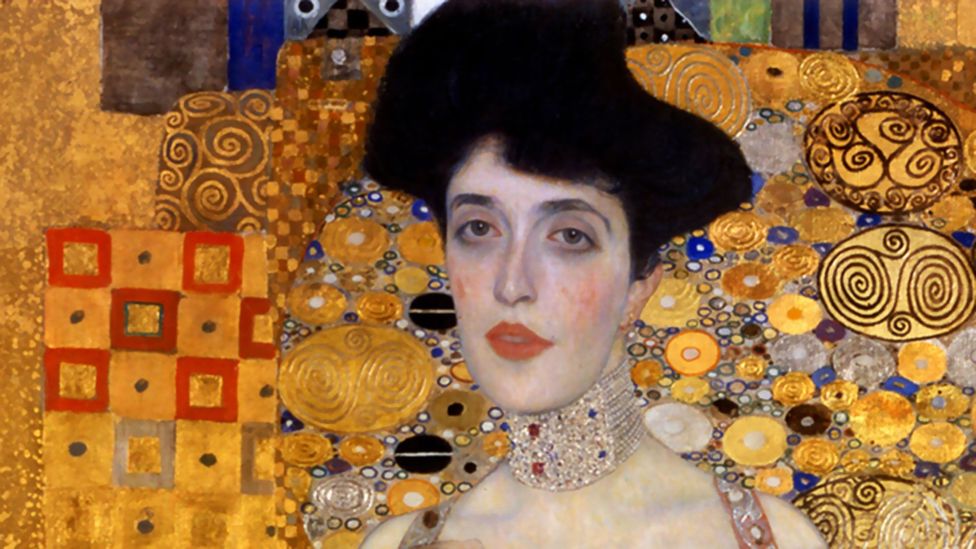 The title of the movie refers to a large painting ‘Woman in Gold, Adele Bloch-Bauer 1’ by Klimt and is his most famous work. It is one of five paintings by him, all of which were stolen and displayed in a Viennese art gallery for decades. The Austrian Government steadfastly insisted they were the property of the state. Klimt’s second most famous painting, ‘Woman in Gold, Adele Bloch-Bauer II’ was owned for ten years by Oprah Winfrey who purchased it anonymously in 2006 when Christie’s sold it at auction for $87.9 million. Ten years later, in 2016, Winfrey sold the 54” x 54” painting to a Chinese collector for $150 million! 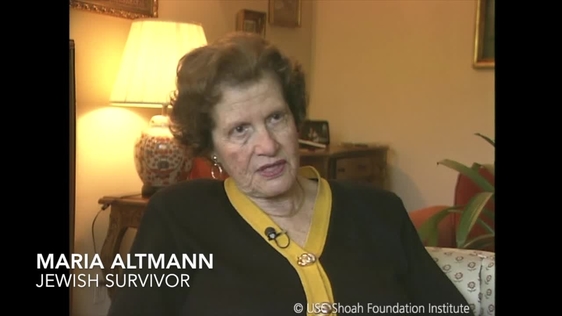 Maria’s husband, Fritz, (played here by Max Irons) was arrested by the Nazis and held at Dachau Concentration Camp for two months in order to force his brother, Bernard, who had already escaped to France, to transfer ownership of his company to the Nazis. Fritz was then released and placed under house arrest for three months until he and Maria escaped Austria and went to America. Maria passed away in 2011 at the age of ninety-four.

Woman in Gold cost $11 million to make and grossed almost $62 million at the box-office. It stuck quite rigidly to the facts, an approach that worked against it with many critics. They generally enjoyed the acting performances by Mirren and Reynolds but agreed that their strong work was let down by ‘a disappointingly dull treatment of a fascinating true story.’ My personal opinion is that it is refreshing to view a historical drama that resists the temptation to let dramatic improvisation run amok. This is a disappointing movie. In this writer’s opinion, the real life J. Edgar Hoover, Director of the FBI, was a man with no personality and an equal amount of charisma, and not someone whose life anybody could genuinely expect to make a successful feature film about. Perhaps, director Clint Eastwood figured that the casting of Leonardo DiCaprio as in the title role might make the man’s personality more interesting. It didn’t. In fact, possibly in search of authenticity, it appears to me that Leo suppressed his own appeal in the process. Personally, I believe it was a casting error to choose him to portray such a man in the first place.

The fight depicted towards the end of the picture between Hoover and his Deputy Director Clyde Tolson actually took place in real life at a hotel during one of their trips, although the reason for the altercation has never been revealed. Screenwriter Dustin Lance Black, therefore, came up with one of his own. He had Hoover tell Tolson that he had been intimate with Hollywood star Dorothy Lamour and was considering asking her to become his wife. Tolson went ballistic and attacked him. Why? According to most historians Hoover and Tolson were lovers for over forty years or so although there is no direct evidence of this. They lived together, dined together every day, neither man ever married and Hoover left his estate, valued at $551,000, to Tolson on his death. Everything but the $5,000 he bequeathed to his secretary Helen Gandy, anyway. 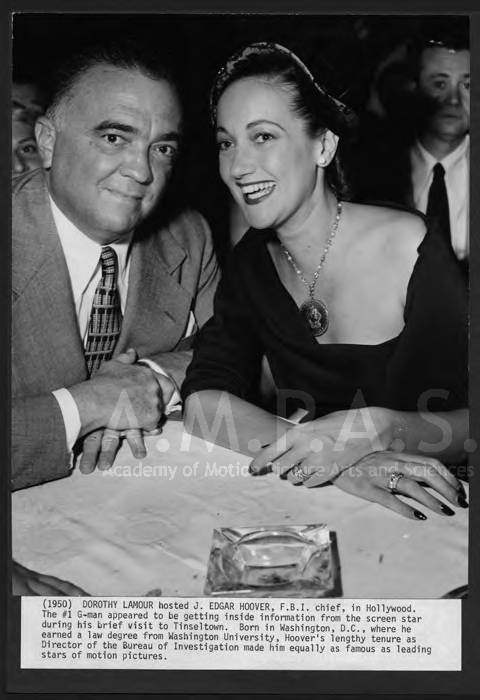 As for the Dorothy Lamour tale, part of it may have had a basis in fact. Richard Hack claimed, in his 2004 biography of Ms Lamour, that sources he had unearthed vowed she had spent the night with the FBI Director in a Washington hotel room, a one-off incident. When later asked if their relationship had gotten intimate and physical, she is said to have relied: ‘I cannot deny it.’ That was enough for the screenwriter to use it as the basis for the fight between the two men. I personally find it difficult to believe that a woman of Dorothy Lamour’s appeal would find such an unattractive, non-charismatic little man like Hoover desirable enough to share his bed. I suppose I could be wrong but Mr. Hack appears to be the sole source for the story. He does not believe Hoover was homosexual and cites the Director’s relationship with Lela Rogers (Ginger’s mother) and with Ethel Merman as proof he was either heterosexual or bisexual. The man also owned possibly the largest collection of pornography in the world, one that included nude pictures of a number of Hollywood beauties. 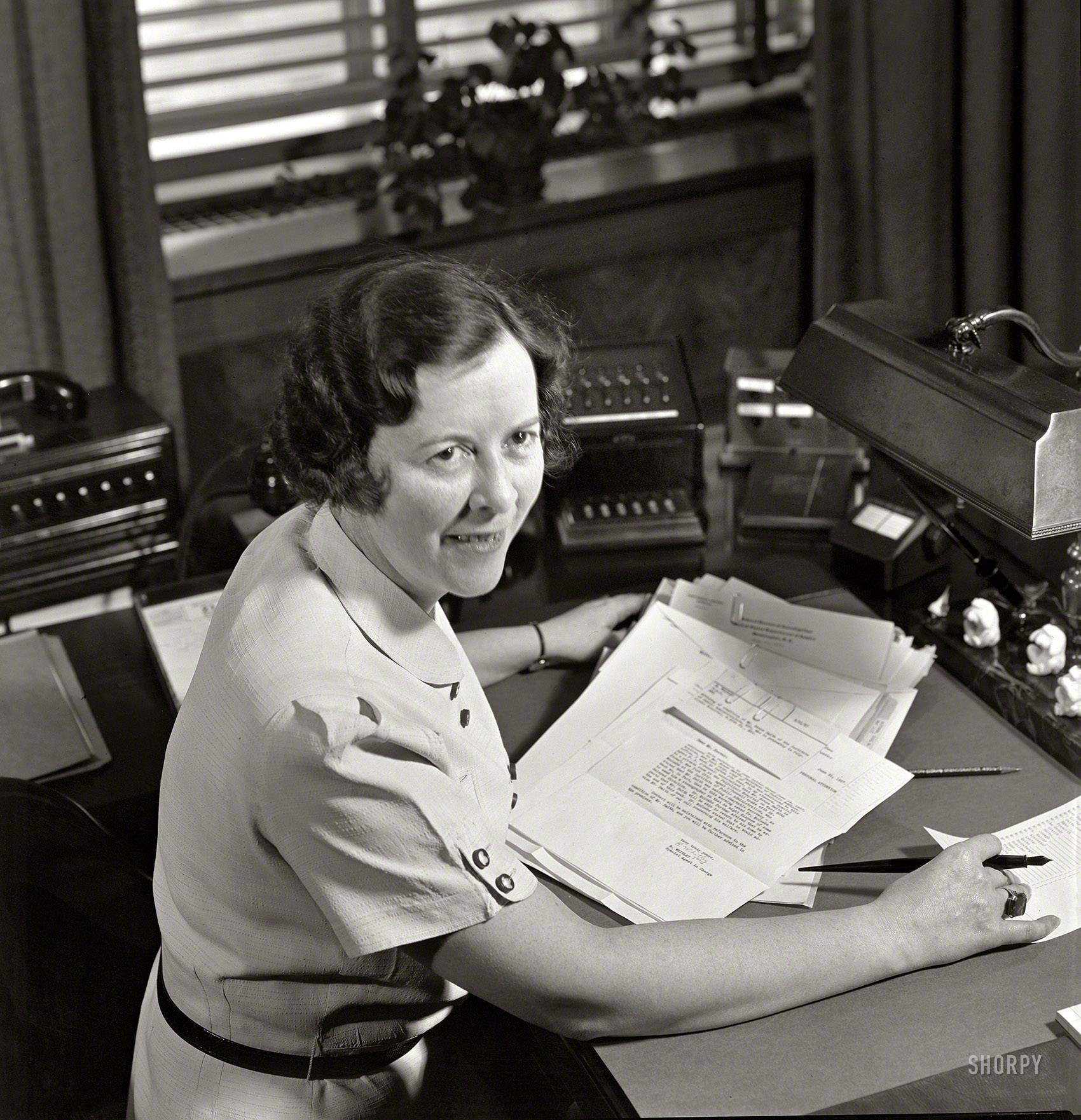 A failing of this film, in my opinion is its lack of dealing with Hoover’s refusal to acknowledge the existence of organized crime in America, a stance he stuck to until the Appalachian meeting of crime bosses in 1957. The Cosa Nostra’s control of the Syndicate was being reported in newspapers and magazines across the nation and, after that fiasco, he had no choice but to admit that organized crime existed. Of course, gangland killings had been commonplace since Prohibition in the 20s and 30s, yet he had refused to utilise the FBI’s full resources to investigate it. Did crime bosses Meyer Lansky and Frank Costello have in their possession embarrassing and revealing photographs of Hoover and Tolson in intimacy, as some writers have suggested? Or was Costello supplying Hoover with horseracing ‘tips’ via their mutual friend, columnist Walter Winchell? The FBI Director was, after all, ‘an inveterate horseplayer’.

A full year prior to his death in 1972, Hoover had given Gandy instructions to destroy all his private papers, personal letters etcetera, and she had commenced doing so. After his demise she told a House Committee that she not destroyed any official papers. Not everyone believed her but, other than the deceased Director, no-one was able to challenge her assertion. Between Hoover and Gandy they had given scores of files false titles that only they knew. And only they knew where each file resided.