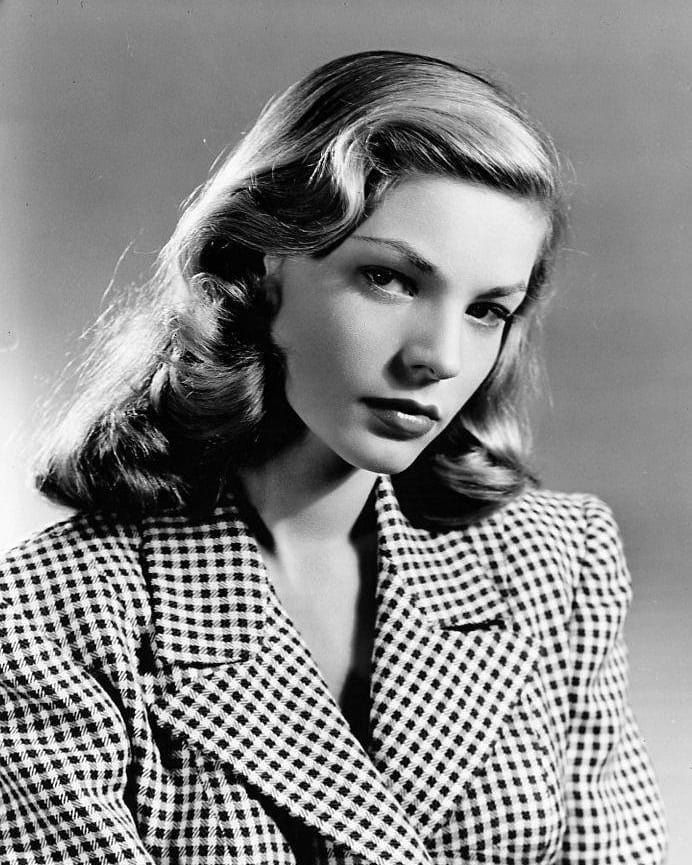 [Commenting on Broadway columnist Walter Winchell]: ‘Winchell was a good newspaperman but a vain man, convinced he could change the course of world events – slightly deluded, but never mind. He also fancied himself a ladies’ man.’

[On filming her most famous scene, in To Have and Have Not (1944)]: ‘My hand was shaking, my head was shaking, the cigarette was shaking; I was mortified. The harder I tried to stop, the more I shook. I realized that one way to hold my trembling head still was to keep it down, chin low, almost to my chest, and eyes up at Bogart. It worked and turned out to be the beginning of ‘The Look’.’ 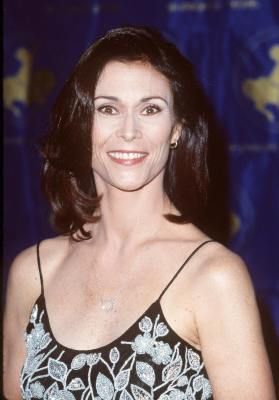 [She was interviewed in 2009, a day after her Charlie’s Angels co-star, Farrah Fawcett, died]: ‘When the first year of Charlie’s Angels ended, our friendship didn’t. It just grew stronger and closer through the years. I don’t know what the connection that the three of us have is, but it is there, and it is something extremely special. I think that is the reason the show worked. I think it’s even better than the movies because we truly cared about each other and still do. It was a pleasure and a privilege.’

[Popularly known throughout the world for his portrayal of the wizard Gandalf in both The Lord of the Rings trilogy and The Hobbit trilogy]: ‘I’ve had enough of being a gay icon! I’ve had enough of all this hard work, because since I came out, I keep getting all these parts, and my career’s taken off. I want a quiet life. I’m going back into the closet. But I can’t get back into the closet, because it’s absolutely jam-packed full of other actors.’

‘I…think of the Bible as great literature rather than great history; great imagination rather than reliable witness. Whatever, it is not as a law book that I respect the Bible. I’ve often thought the Bible should have a disclaimer at the front saying, ‘This is fiction.’ I mean, walking on water? I mean, it takes an act of faith.’

[The New York columnist who is best remembered by movie and TV fans for his staccato-style narration for all the episodes of The Untouchables (1959-63), made the following observation in 1936, regarding the appeal of the cinema]: ‘Sex can’t be important in films. Remember, the world’s leading film attractions remain Charlie Chan, Boris Karloff and Shirley Temple.’

‘Hollywood’s a place where they shoot too many films and not enough actors.’ 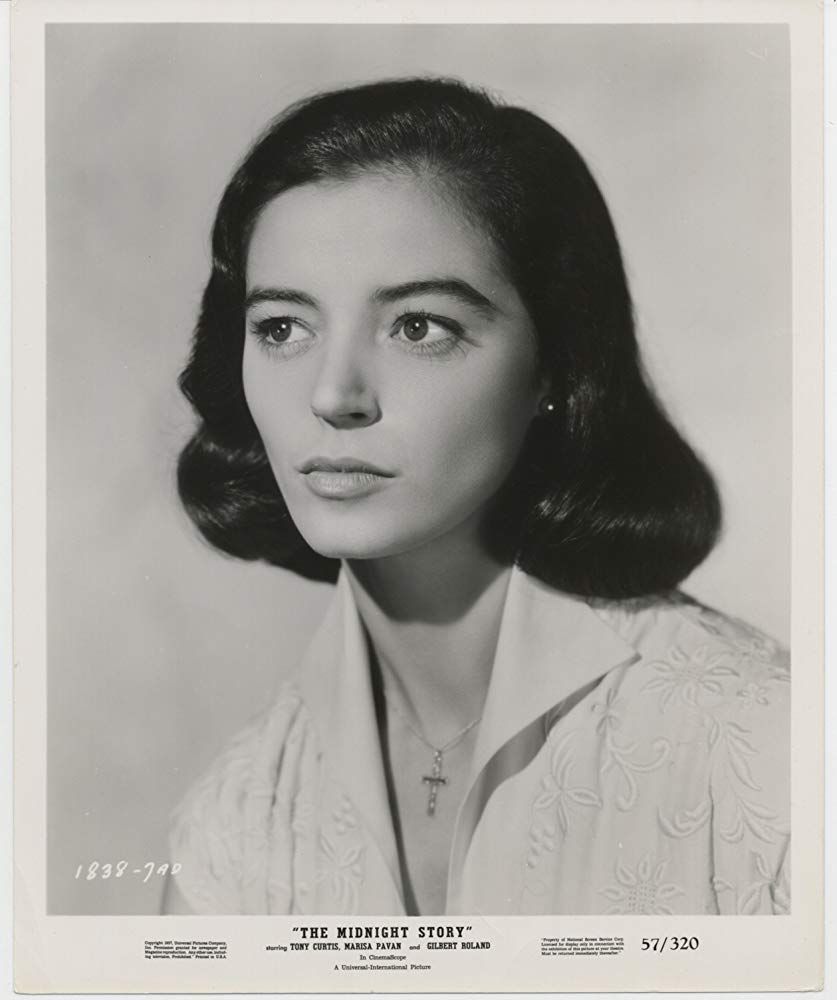 [The sister of actress Pier Angeli had this to say about her sister and then herself]: ‘The studios made her to be like what they wanted her to be like, but from this moment on, it was not my sister I had in front of me anymore. She had become a studios’ product. I was quite demanding. When I didn’t like a role, I refused it. When I didn’t like an agent, I refused him too. I was going to live my life as I wanted.’

[The silent era actor who played the title role in Ben-Hur: A Tale of the Christ (1925), was a matinee idol at the peak of his popularity. Sadly, he would be murdered in his own home by thieves bent on stealing money he never had in the first place]: ‘I was always the hero – with no vices – reciting practically the same lines to the leading lady. The current crop of movie heroes are less handicapped than the old ones. They are more human. The leading men of silent films were Adonises and Apollos. Today, the hero can even take a poke at the leading lady. In my time, a hero who hit the girl just once would have been out.’

[Reed made the following observation about fellow British actress Rita Tushingham]: ‘She’s not the most fantastically, classical, beautiful woman that England has ever produced, but she is, and I mean this, fantastic. She’s got the pair of eyes that I would like to go swimming in.’ 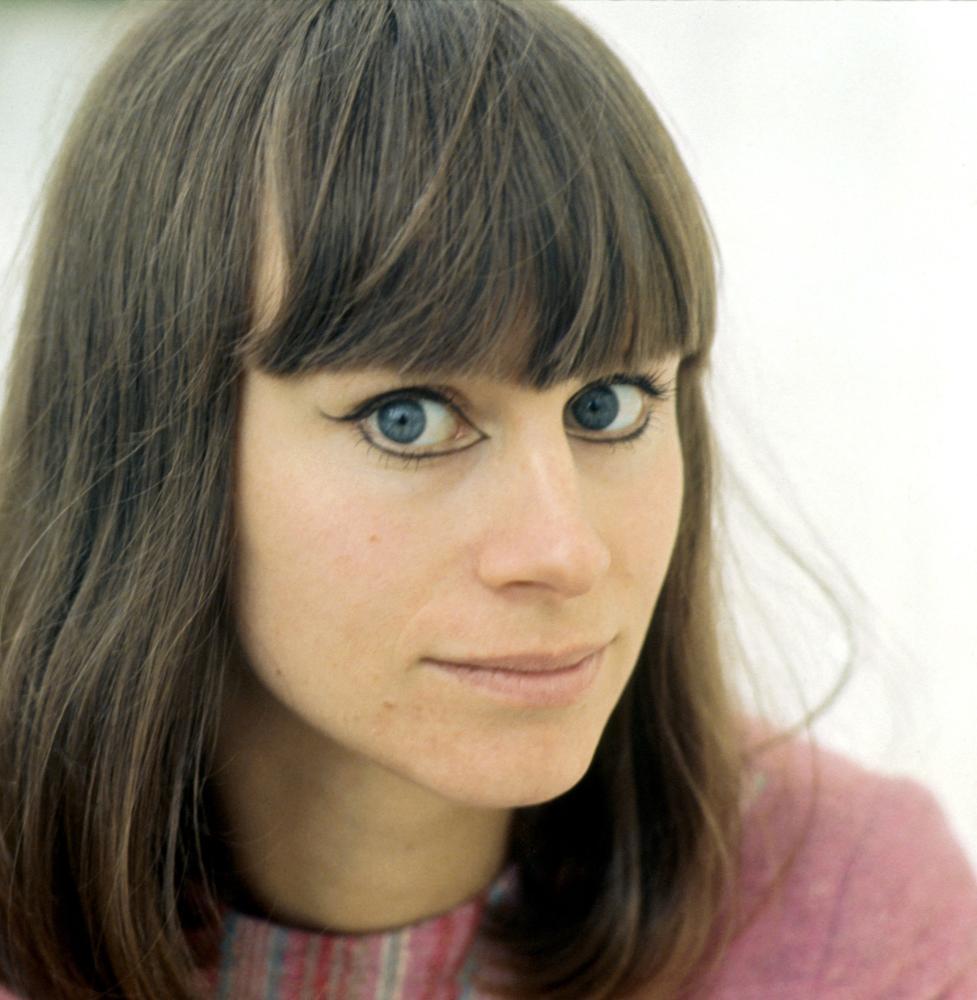 [Oliver commented on his disturbingly revealing 1971 film, The Devils, which looked at Cardinal Richelieu’s 17th century France and its rampant corruption]: ‘It was very disturbing to make. I still haven’t got over it…Where do you draw the line? This is the way it happened. Those nuns were used for political ends, toted around France as a sideshow for a year. Do you ignore the actual historical accuracy and the fact that the Church, the politicians and the aristocracy were corrupt? I get so angry with the opinion-makers who class it with the sex films. If we ignore history because it was unpleasant we’re going to end up with nothing but nature films.’ 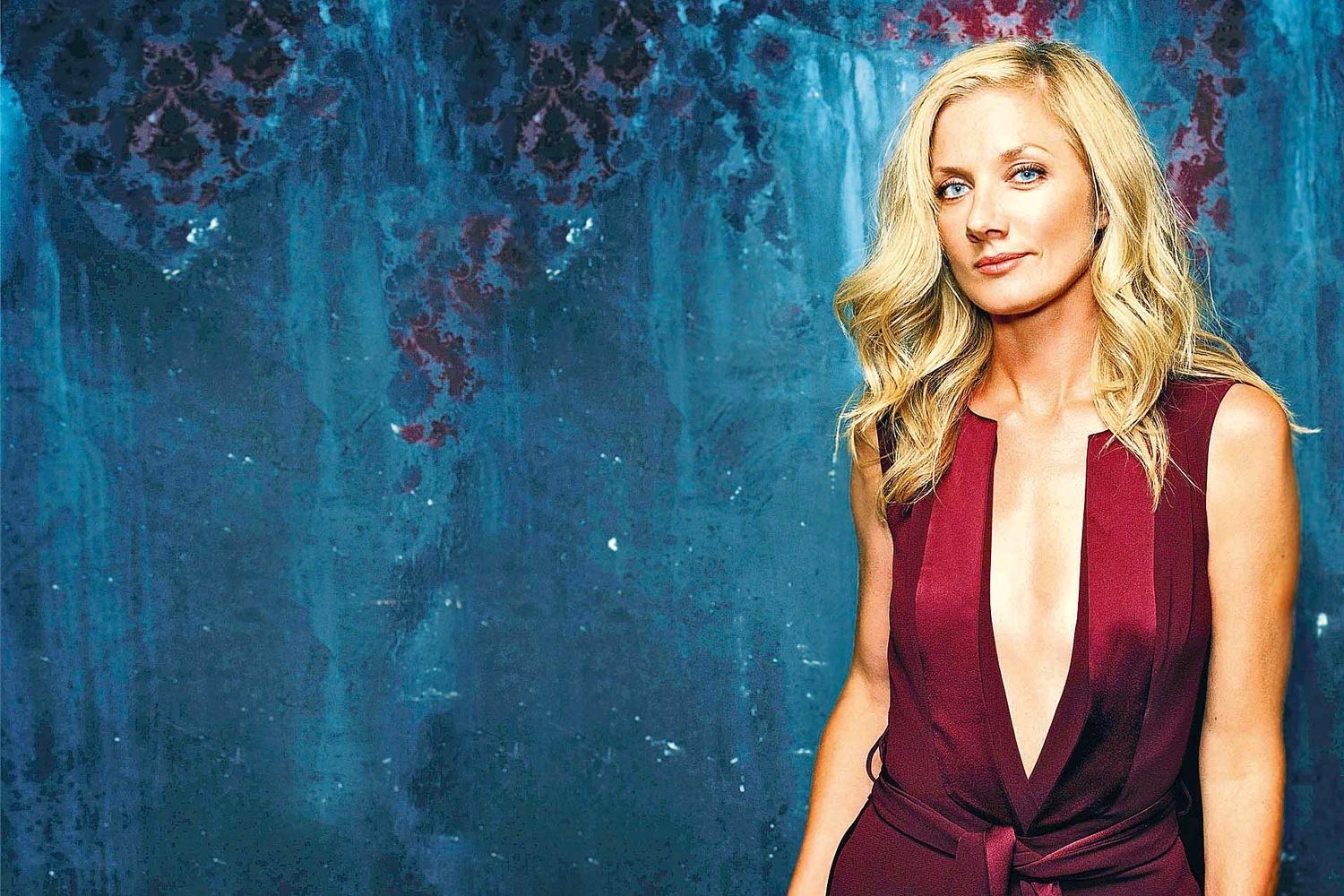 [The daughter of director Tony Richardson and actress Vanessa Redgrave spoke about her mother’s political views and her treatment by the British press]: ‘My mother, for the last twenty years anyway, would not call herself a Marxist but a human rights activist. The highest pay cheque my mother ever received funded the building of a nursery school in Shepherd’s Bush. The school cost well over three times the money she donated from the making of the film The Palestinians. Unsurprisingly, this always goes unmentioned in the press. 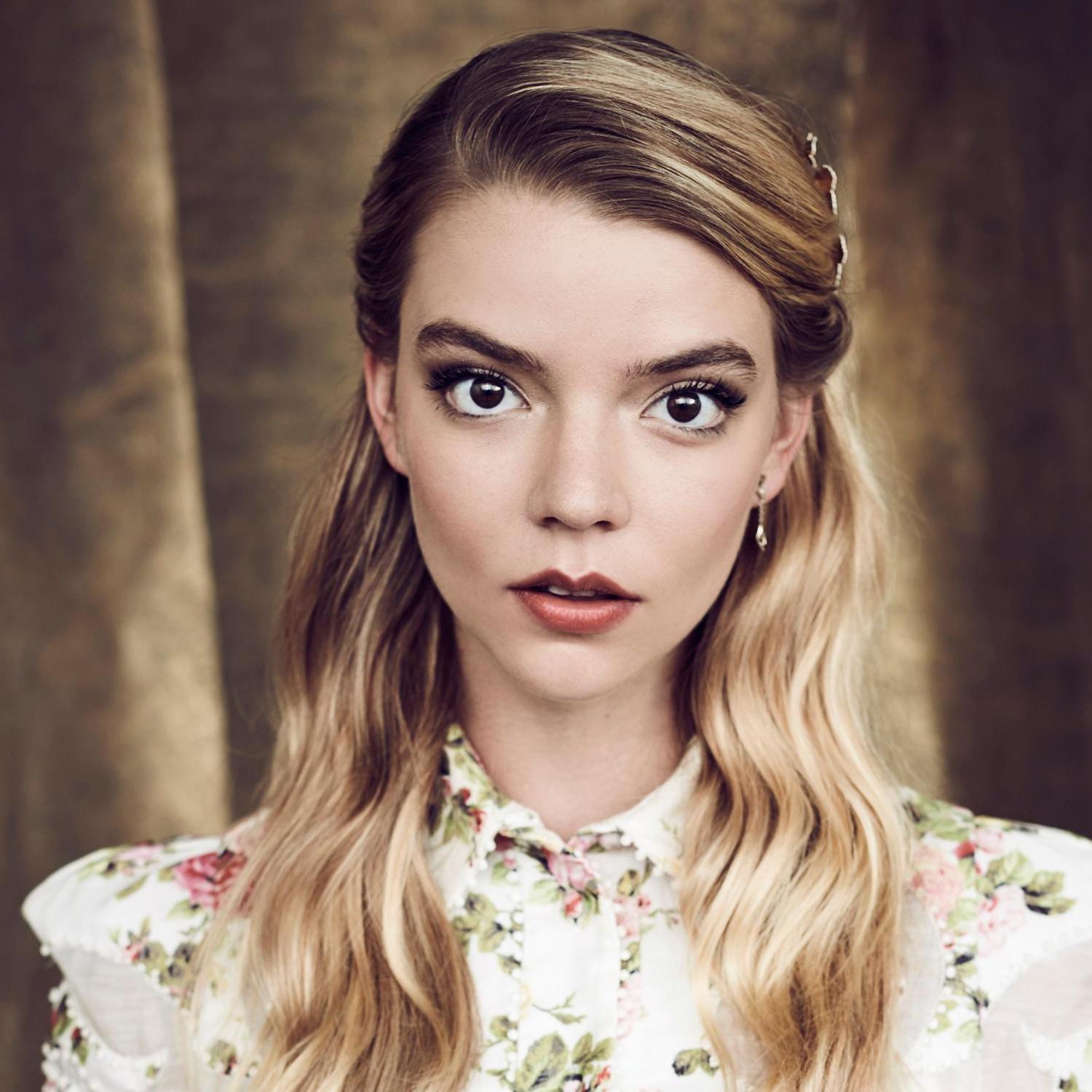 [The actress who stars as chess prodigy Beth Harmon in the 2020 mini-series The Queen’s Gambit spoke of her childhood]: ‘I was born in Miami but we moved straight away to Argentina where most of my family still lives, and I was there until I was six, and then we moved to England, and I learnt English when I was eight. I was stubborn and I wanted to go home and I didn’t understand London at all. I’d come from a place where everything was green and everything was expensive and there were animals everywhere and all of a sudden, I came here [England] and I was like ‘what the fuck is going on?’