Weston hailed from Cleveland, Ohio, the son of a shoe repairman. He stayed with the Cleveland Playhouse, where he joined their children’s theatre, until he was drafted into the United States Army at the age of nineteen in August 1943. He served in Italy for two years as an infantry company machine-gunner and as an occasional USO performer. His screen career never really hit the heights as a character actor, but he was quite versatile, not only playing ‘heavies’, but gracing the occasional musical comedy such as The Ritz (1976), for which he received a Best Actor Golden Globe nomination. He died from lymphoma in 1996 aged seventy-one.

The seemingly indestructible Betty White, the last surviving star of the hilarious The Golden Girls (1985-92), entered this world ninety-eight years ago via Oak Park, Illinois in January 1922. She was inspired to take up acting by her idols, Jeanette MacDonald and Nelson Eddy. When the United States entered the war in December ’41, she put her modeling and acting careers on hold and volunteered for the American Women’s Voluntary Services. Her assignments included the transportation of military supplies throughout California. She drove a PX truck, worked as a disc jockey at KLAC, and participated in events for troops before they were deployed overseas. An avid animal welfare activist, Betty turned down the role of Helen Hunt’s mother in As Good as it Gets (1997) because she was not happy about the treatment of the little dog in the film. ‘Animals don’t lie. Animals don’t criticize. If animals have moody days’, she says, ‘they handle them better than humans do.’ 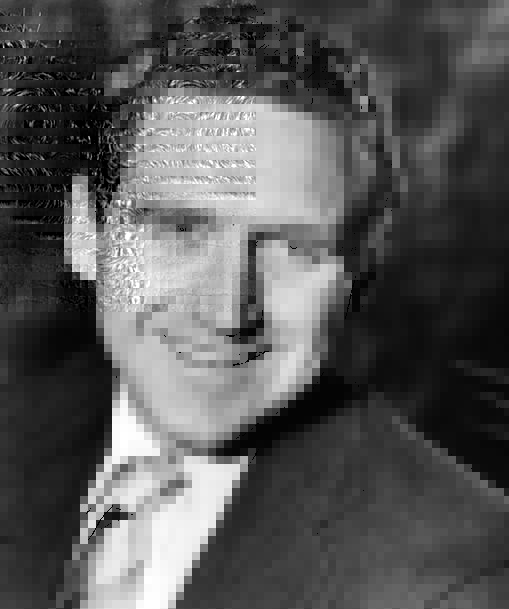 Out of White Plains, New York in 1921, James Whitmore enlisted in the United States Marine Corps Reserve in 1942 while finishing his law degree. He was awarded a BA from Yale University in 1944. In the USMC he trained at Parris Island, Quantico, Virginia, and at Officers Candidate School where he was commissioned as a Second Lieutenant and eventually assigned to the 4th Marine Division on Saipan in July ’44. Later, whilst stationed on Tinian, he contracted amoebic dysentery and was hospitalized. This resulted in him serving out the remainder of the war on guard duty in the Panama Canal Zone before being discharged in March 1946. His first major picture for MGM was Battleground (1949), in which he made a lasting impression, his wartime experience clearly proving beneficial in his portrayal of Sergeant Kinnie. Lung cancer claimed Whitmore in 2009 in his 87th year. 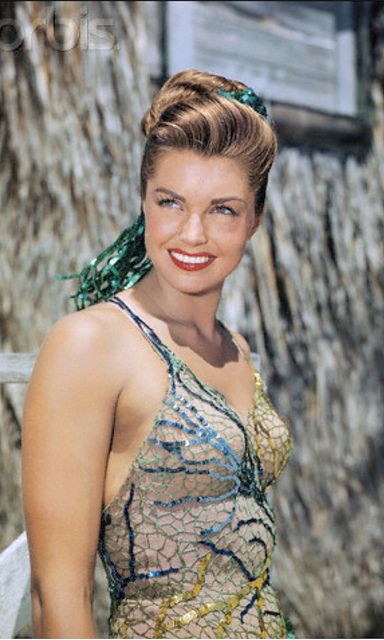 Californian Esther Williams was a former teenage swimming champion, the winner of three United States National championships before 1940. Before her stint in MGM musicals made her a household name, she had been training as a competitive swimmer, and almost certainly would have participated in the 1940 and/or 1944 Olympics (she would have been 18 and 22 years old respectively), if they had not been canceled because of World War Two. Indeed, she and team-mate Virginia Hopkins were set to represent the USA in the 1940 games when they were called off. 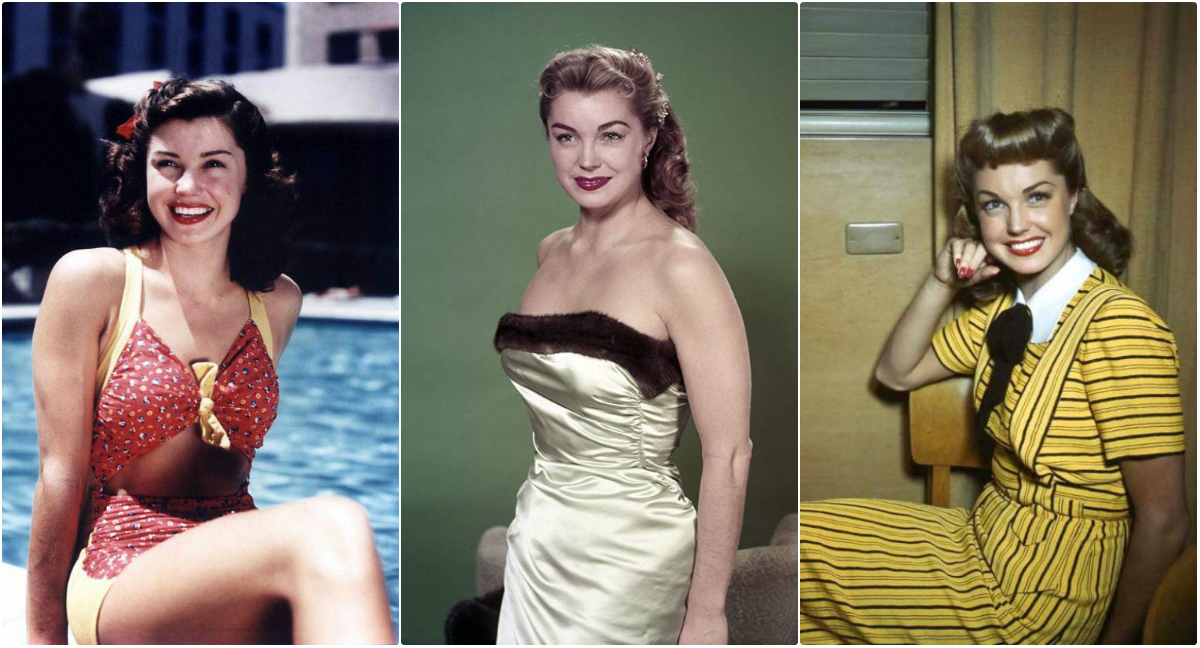 While top stars at the studios such as Judy Garland, Shirley Temple and Betty Grable took part in War Bond drives, Esther was asked to take in hospital tours. She was already a popular pin-up girl of the forces because of the number of photographs of her in bathing suits in circulation. Not a natural comedienne, she would listen to the radio programs of Bob Hope and Jack Benny, then retell the funniest of their jokes when she appeared at the hospitals. Her hospital tours would continue into the fifties.

Esther & Van Johnson on radio during the war years

When working on stage shows for servicemen, she would invite GIs to dance with her and to take part in mock screen tests. The men would be given a card telling them their lines, and they would act out the scene opposite Esther, in front of the other cat-calling, whistling soldiers. These tests were always romantic scenes in which the participating GI was required to refuse Esther’s advances multiple times. When he said the final, ‘No!’ she would then pull off her tear-away skirt and sweater, and stand before him in nothing but a gold swimsuit. The scene would always end with the guy giving in and kissing her. Esther would enjoy a long and successful career and life before dying in her sleep at the age of ninety-one in 2013.

He entered this world as Jonathan Harshman Winters III, via Dayton, Ohio in 1925. His father was a banker who became an alcoholic when unable to cope with the Great Depression. Over several decades Jonathan became a legendary improvisational comedian. Back in 1942 he dropped out of high school to enter the US Marine Corps as soon as he turned seventeen, spending two and a half years in the Pacific Theatre fighting the Japanese, much of that time as a gunner on the aircraft carrier USS Bon Homme Richard. His career as a comedian started in 1948. In 1959 and again in 1961, he spent a total of eight months in a private psychiatric hospital suffering from nervous breakdowns and bipolar disorder. When offered a role in It’s a Mad, Mad, Mad, Mad, World (1963), he initially turned it down because he was in the process of recovering from one of his nervous breakdowns. Fortunately for cinema-goers his wife talked him into it. The film made him more known to audiences outside the USA. Almost twenty years later his role as Mearth in Mork and Mindy during the early eighties brought him even more international fame. Jonathan’s wife of sixty-one years passed away in 2009. He joined her in death four years later, aged eighty-seven.